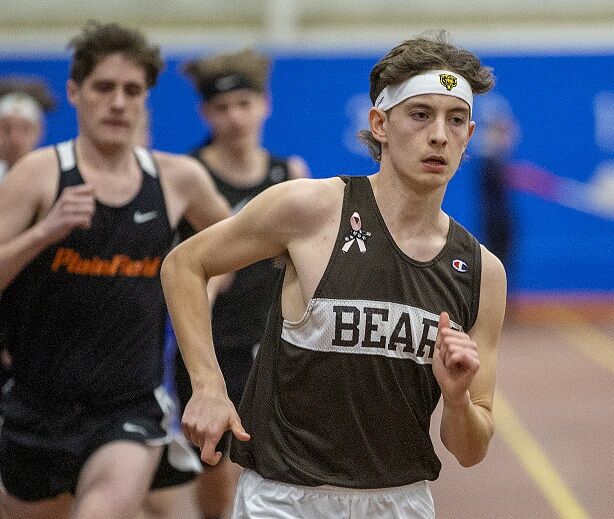 Stonington’s Rhys Hammond runs to victory in the 1,000 meters at the ECC Division II championships last February. He also finished first in the 1,600 at the meet, helping the Bears win the team title. | Tim Martin, Special to The Sun 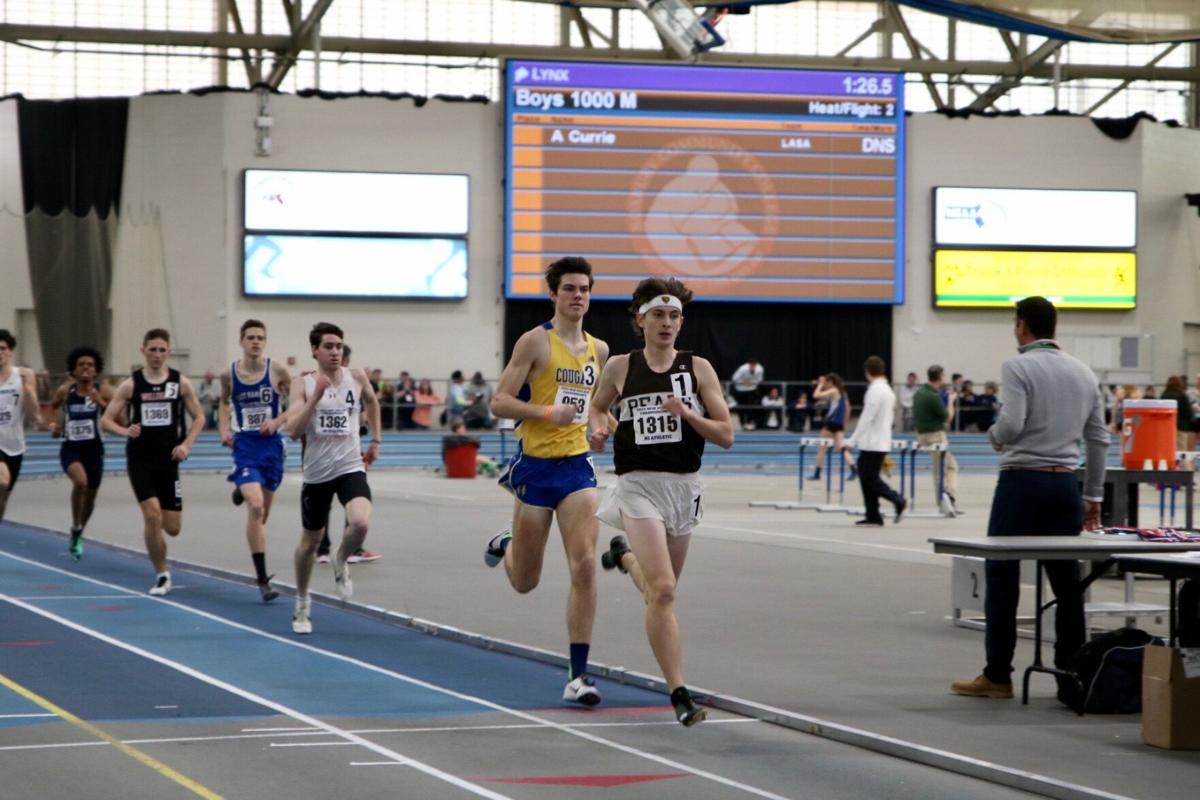 Stonington’s Rhys Hammond runs to victory in the 1,000 meters at the ECC Division II championships last February. He also finished first in the 1,600 at the meet, helping the Bears win the team title. | Tim Martin, Special to The Sun

The Stonington High senior broke records, won championships and did things no other Stonington track athlete had ever done.

Hammond's season is The Sun's No. 2 sports story of the year.

Hammond, unlike most middle distance and distance runners, didn't run cross country in the fall of 2019. Instead, he chose to continue playing soccer with his friends for the Bears — they had played together all through the youth ranks. The group wound up capturing the 2019 Class M state title that season, going 19-0-2.

His decision certainly didn't seem to affect his indoor season.

In early January, Hammond broke the meet record at the Yale Invitational in the 1,000 with a time of 2:30.66, fourth in the nation at the time.

A week later, he won the mile (4:24.80) at the East Coast Invitational in Providence, beating La Salle Academy's Jack McLoughlin (4:25.55), who was third in the New England cross country championships in 2019. Hammond was named the most outstanding distance runner at the meet.

Two weeks later, Hammond won the 1,000 at the Class M state meet and earned the State Open title at the same distance on Feb. 22.

Hammond's performance in Boston was witnessed Tyler McCabe, another great Stonington distance runner from the 1990s. After the race, Hammond met McCabe, who lives in Medford, Mass., and had been following Hammond's success.

"After the race, coach [Jeff] Parkinson told me he had someone he wanted me to meet. I didn't really know what to expect and then he told me it was Tyler McCabe," Hammond said. "I've heard his name so many times. It was really cool to meet him, and it was great that he came out to see me run."

Hammond qualified for the 800 meters at the New Balance Indoor Nationals in New York, but the event never took place due to the coronavirus pandemic. It also canceled Hammond's outdoor season.

Stonington coach Ben Bowne said Hammond, who is now running at Cornell, could have earned All-America honors at nationals.

Hammond was also recognized as one of Stonington's CAS-CIAC scholar-athletes. The school selects one girls and one boy to receive the honor. Sarah Flakus was the girls winner.

Hammond was leading the 800 with 50 meters to go when he made a fundamental mistake.

"He was thinking about what he was going to do after he won the race. He lost his focus in the last 50 meters. Mentally he got outside of the race," Bowne said.

Hammond ended up getting passed and finished third.

"After the race, he told me that would never happen again," Bowne said.