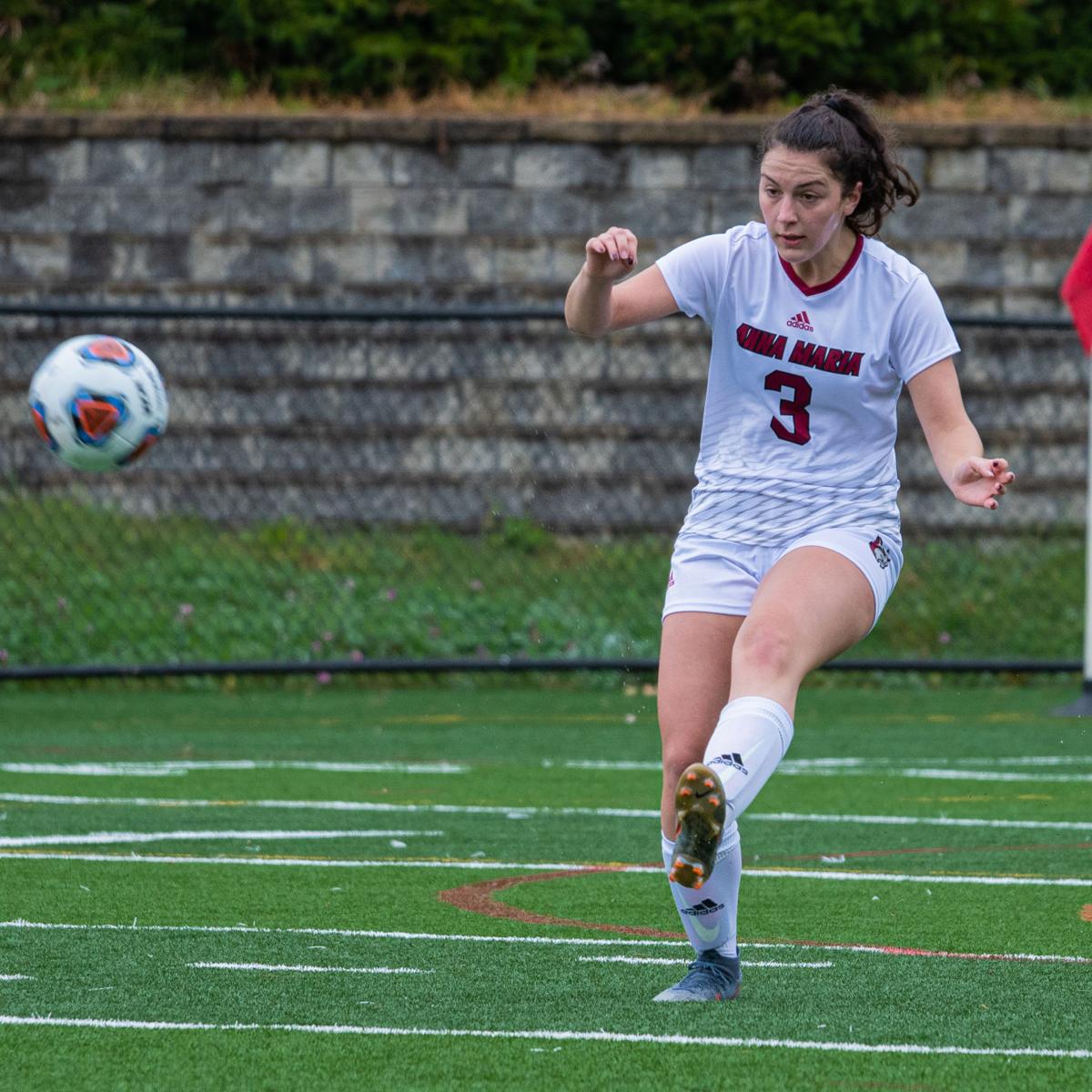 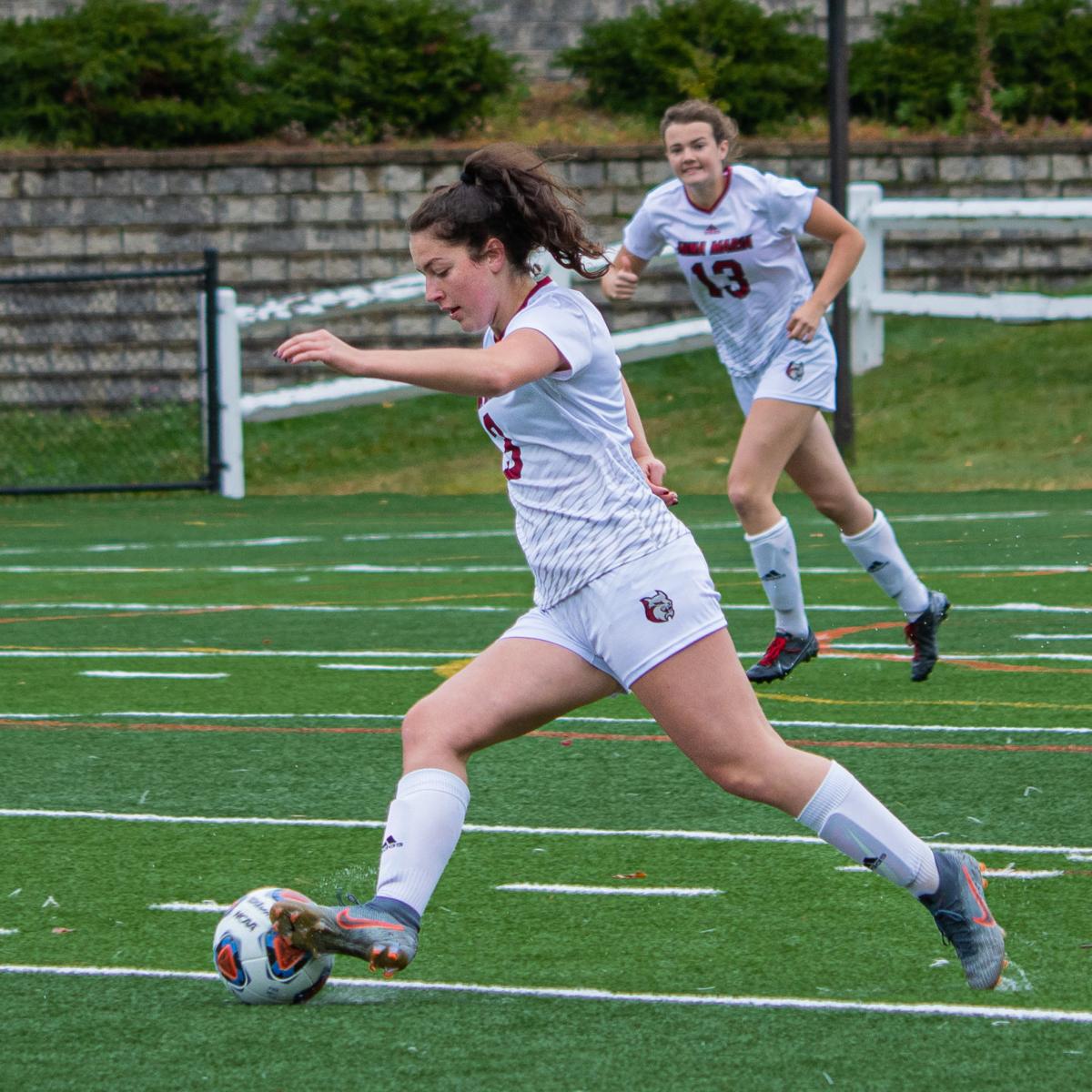 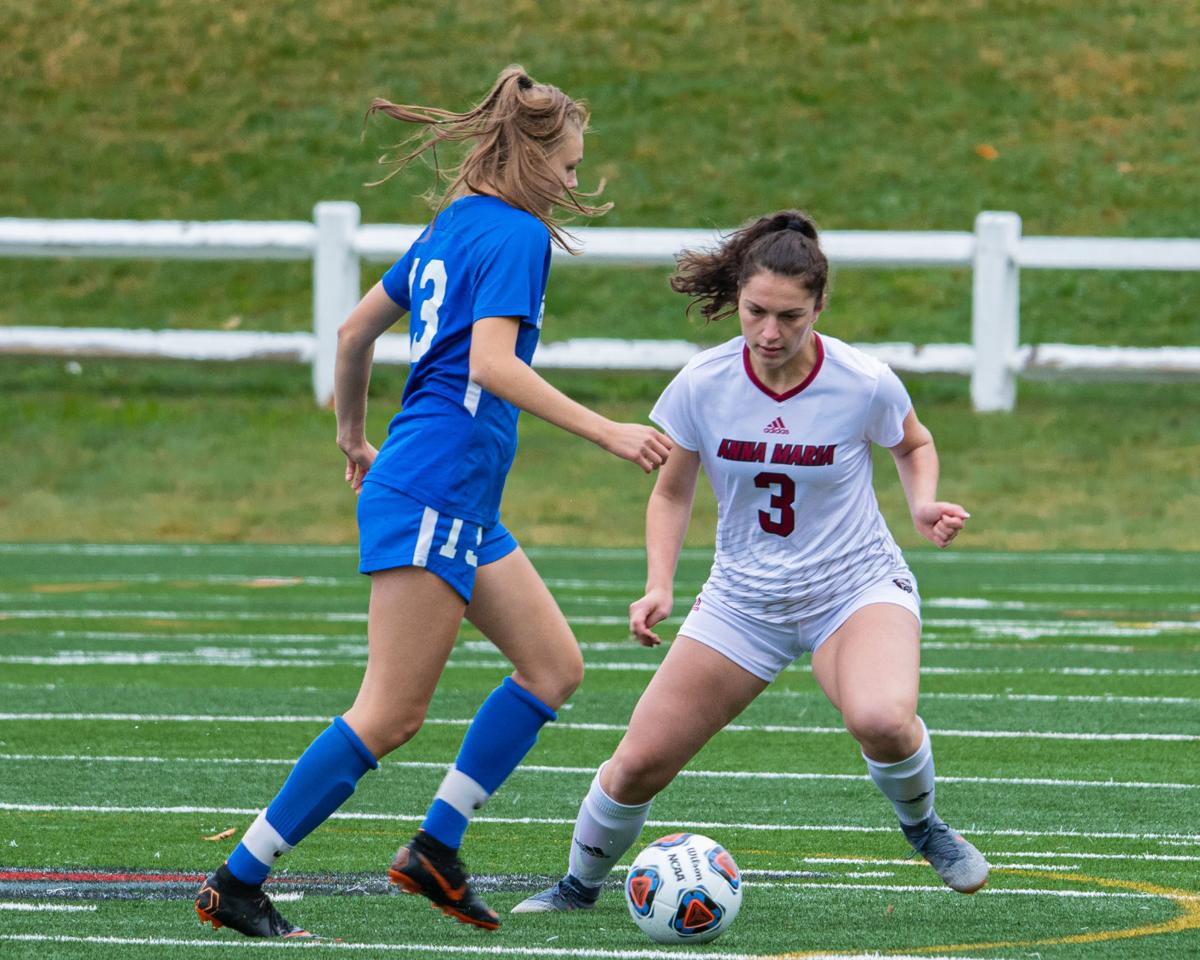 WESTERLY — Leadership awards by their very nature would seem to be reserved for the most experienced players.

After all, they've paid their dues, having learned the lessons that come with being part of a team for a number of seasons. They've therefore earned the right to impart to teammates their understanding of what needs to be done.

First-year players are rarely honored with such awards.

But that's what happened this past season with the Anna Maria College soccer team.

Meghan Morrone, a 2019 Westerly High graduate, received the leadership award for the Amcats after her freshman season. The awards were announced last month.

"Meghan Morrone arrived on campus this past preseason eager to learn and ready to compete," Amcats coach Lindsey Garvey said in a posting on the team's website. "While her fitness spoke volumes of her commitment to playing at the next level, it only took a few games to realize Meg was willing to put the team on her back as the last line of field defense. She is a center back who adapted quickly to a new style of play, and she leads by example daily. She plays with great physicality and is unafraid, which is evident to anyone watching one of our games.

"Meg always shows the utmost respect to her teammates, the coaching staff, and the game. She is self-aware, reliable, and her work rate never wavers."

Morrone was a second-team All-Division II selection during her senior year at Westerly. She was an aggressive defender who was quick to the ball.

"I think I communicated well with my teammates," Morrone said. "We're a big team and they are literally like my second family. They encouraged me to speak up. And typically in the position I play you have to direct the team. I just decided to take it into my hands and build it up from there."

After three games, Morrone was a starter. Anna Maria is a Division III Catholic school with an enrollment of about 1,500 students and is located in Paxton, Mass., just a few minutes from Worcester.

The team plays in the Great Northeast Athletic Conference, which includes teams such as Johnson & Walkes, Albertus Magnus and Colby-Sawyer. The Amcats finished 3-14-1 last season, but their roster of 26 players included 11 sophomores and nine freshmen.

"It was a rebuilding year and we are eager to build on that," Morrone said.

Morrone said there have been adjustments to playing in college.

"In college, we live together and that forms more of a connection. We have a lot of team bonding. We eat all our meals together," she said. "I think the intensity is definitely a little higher. The expectations are a little higher."

Morrone is working with her trainer, Kellie Palmer, during her time at home during the pandemic. The team has been meeting over the phone trying to stay connected in hopes of playing in the fall.

"We haven't heard anything yet," Morrone said. "I want to improve my foot skills for sure and get just faster and keep up my strength."

What advice would she give in an incoming freshman?

"Never stop training and always strive for more," Morrone said. "When you think you can't do something, you truly can."