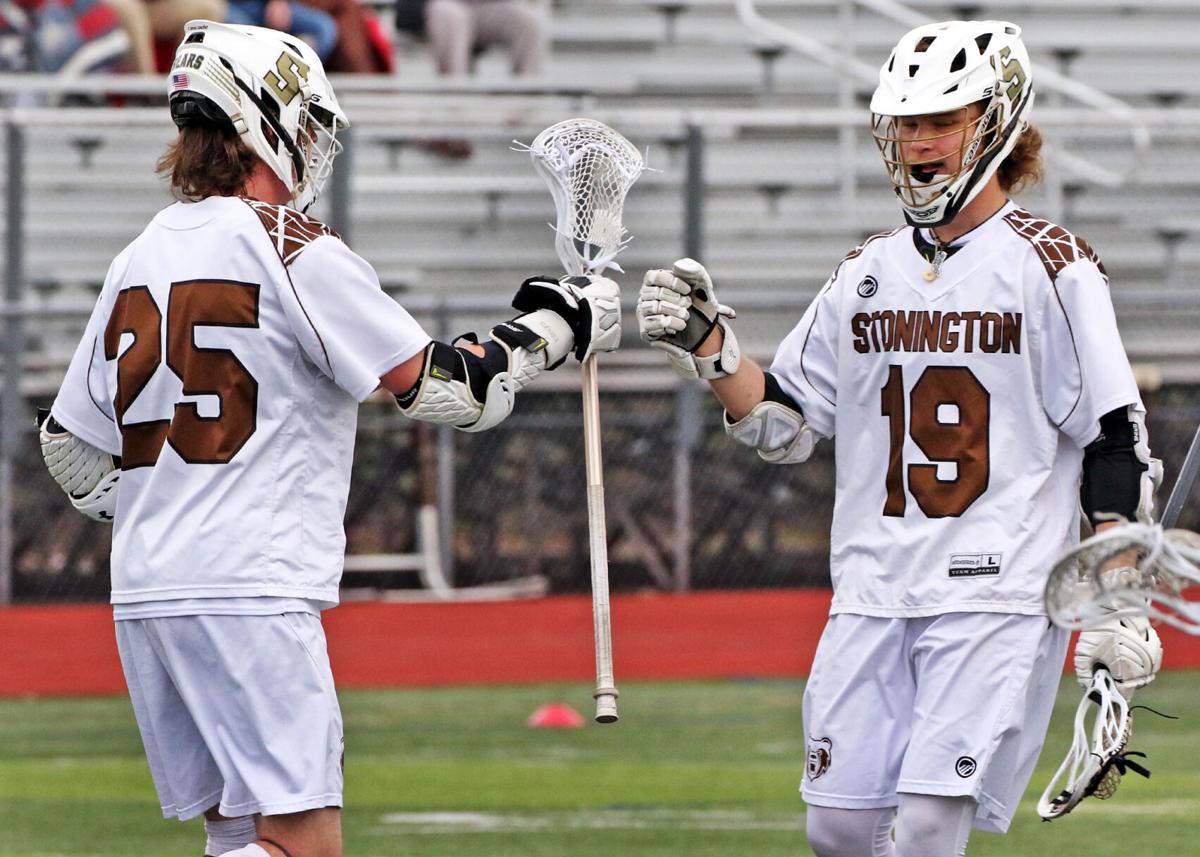 Stonington's Aaron Lahah gets a fist bump from Christian Hudson after scoring a goal against Woodstock Academy in 2019. Hudson, who is transferring to a North Carolina prep school, scored 30 goals as a freshman. Harold Hanka, The Westerly Sun 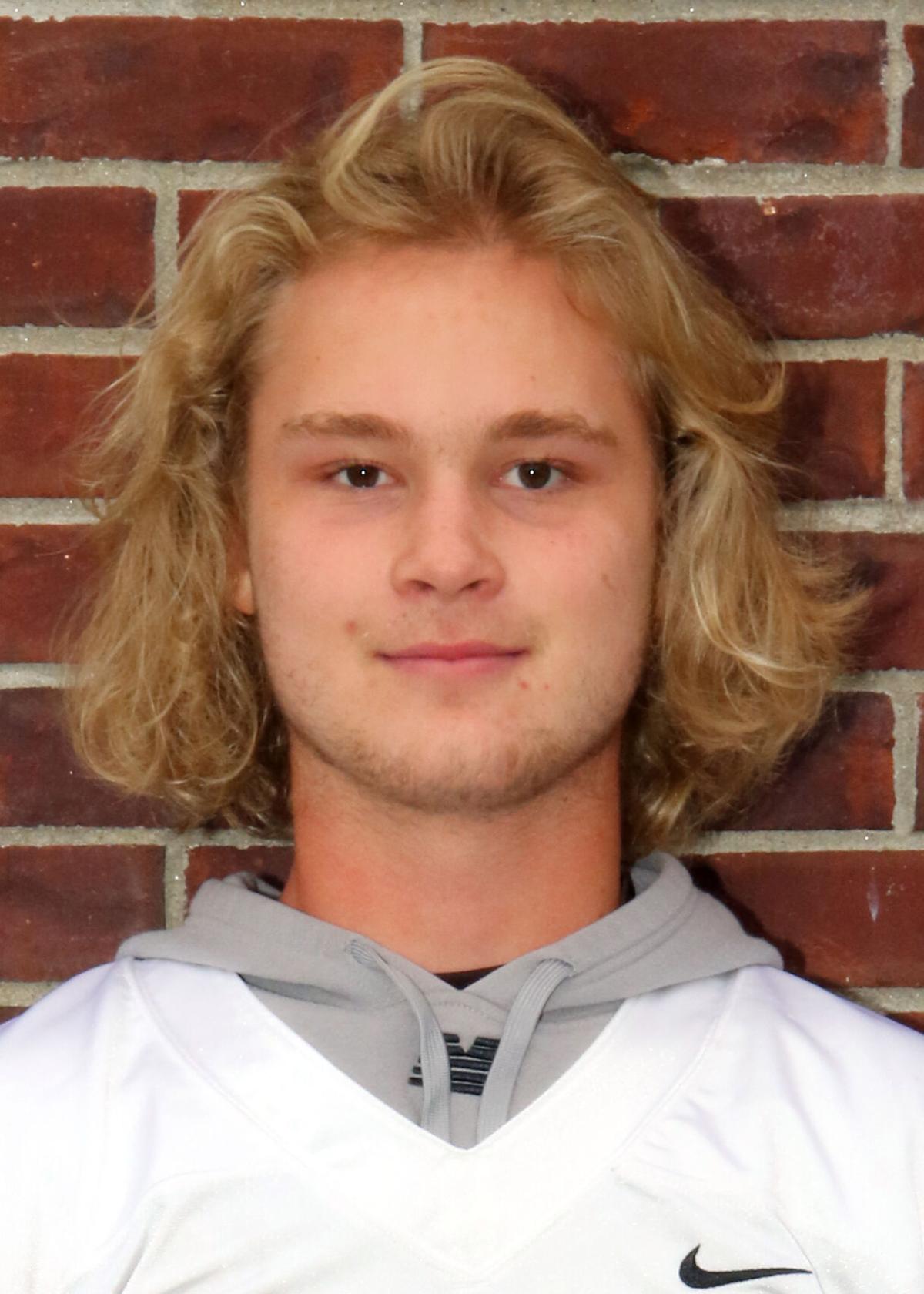 Stonington's Aaron Lahah gets a fist bump from Christian Hudson after scoring a goal against Woodstock Academy in 2019. Hudson, who is transferring to a North Carolina prep school, scored 30 goals as a freshman. Harold Hanka, The Westerly Sun

STONINGTON — Christian Hudson's ultimate goal is to play lacrosse at the Division I college level.

Like so many journeys, this one will not be a straight path. Hudson, who would have been a junior at Stonington High this season, will instead take his talents to Christ School in Arden, North Carolina.

The school, which is an Episcopal boarding school, has an enrollment of 293 boys and is located in the Blue Ridge mountains near Asheville.

Hudson will make the journey to North Carolina on Aug. 24 where he will repeat his sophomore year. The Stonington lacrosse season was wiped out by the coronavirus pandemic in the spring and Hudson wants that opportunity back.

"The main reason I wanted to go was to go that sophomore year back," Hudson said. "Sophomore year is one of the most important years. I will also be playing against much better competition.

"Playing Division I [in college] is so important to me because I've been working so hard at this and I want to play against the best of the best."

Sean Dow, who will be a senior this season at the school, is ranked as one of the top 25 players in the country by U.S. Lacrosse Magazine, according to the Christ School website. He has already committed to Division I Lehigh University, which was ranked No. 18 in the country last spring.

Jonah Roberts, an All-ECC player at Stonington as a sophomore in 2014, attended Christ Church. He now plays for Drexel University.

Four players from last year's team will be playing on the college level next season including Kevin Masson of East Lyme, who attended the Williams School in New London before transferring to Christ School. Masson is headed to Rollins College in Florida.

"We had heard of Christ School before and my mom started talking with Kevin's mother about it," Hudson said. "Kevin and I are friends now and he has introduced me to some of the players on the team."

Hudson, who stands 6-foot-2 and weighs 180 pounds, scored 30 goals as a freshman last season for the Bears from his midfield position.

Hudson will also play receiver for the Christ School football team. Last season, Hudson rushed for 267 yards and scored five touchdowns in the season opener for the Bears but only appeared sparingly in four other games after that due to an injury.

After football, he will spend the winter training in the Close-Krieger Athletic Center in preparation for the spring lacrosse season. The facility includes an indoor turf field.

"It's going to be great," Hudson said. "They have two levels of workout areas."

Hudson sent film to the school and has been told he can expect a lot of varsity playing time.

"I think one of the biggest things will be learning the sets, that will be a change. They have about five different sets for offense and defense," Hudson said. "I have to memorize those plays so I get them down."

Hudson has been playing lacrosse since his youngest days and actually started in the Westerly Area Youth Lacrosse program before joining the Stonington Seals. He also played for the Aquidneck Cannons travel team based in Portsmouth.

Hudson has lived in Stonington all his life and knows there will be adjustments moving some 800 miles away.

"There is a good amount of school vacations and I will be able to come back and of course I can keep in contact over the phone," Hudson said. "I'm gonna miss all the times I've had with my friends and especially A.J. [Massengale]. He first started coaching me at a young age in lacrosse and he's made be a better player and a better friend."

Massengale is also the head football coach at Stonington.

"It's going to be great, I'm really excited," Hudson said.