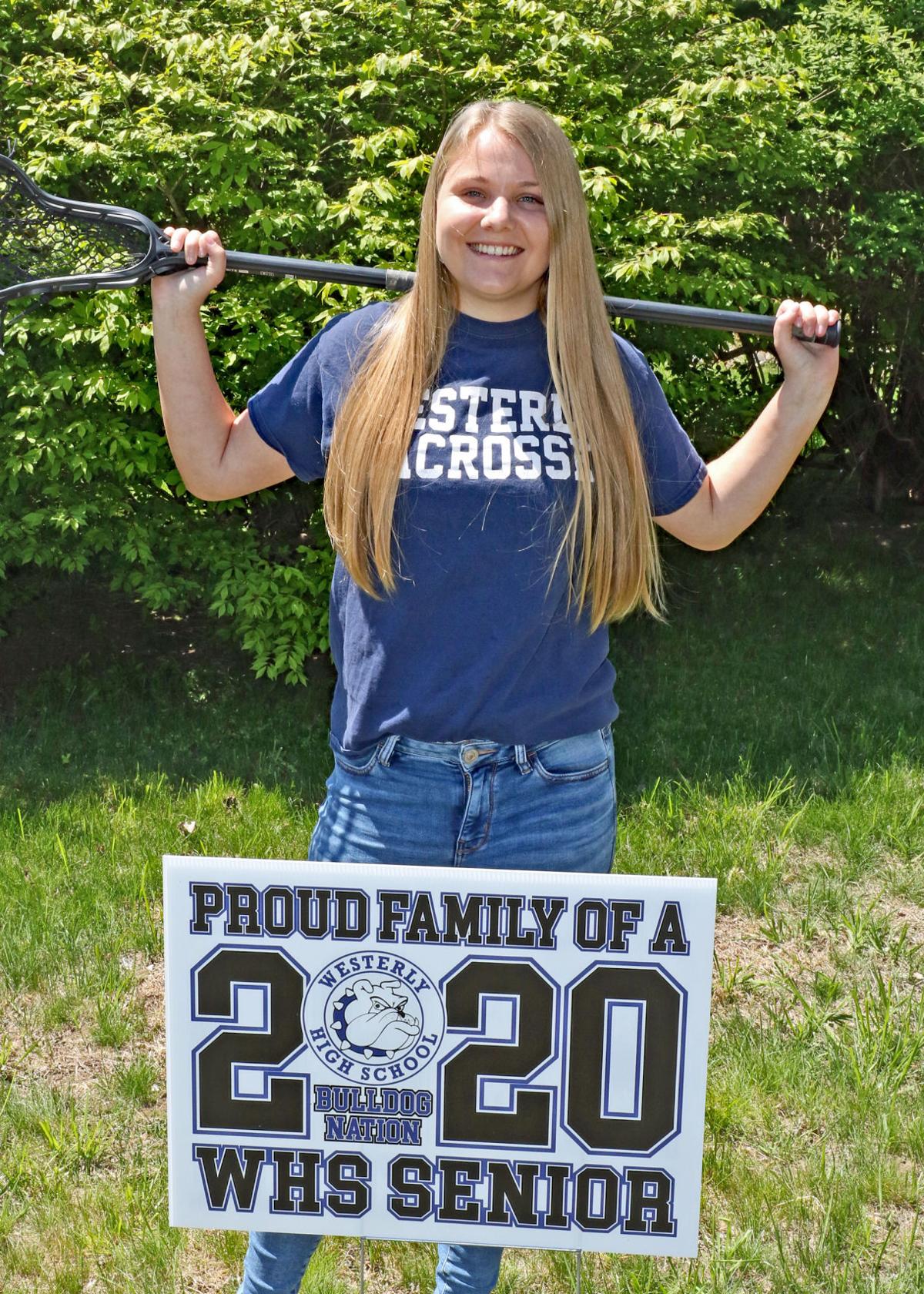 Westerly’s Molly Ridler would have been a four-year starter for the girls lacrosse team this spring. But the coronavirus epidemic ended the season sooner than expected. Harold Hanka, The Westerly Sun 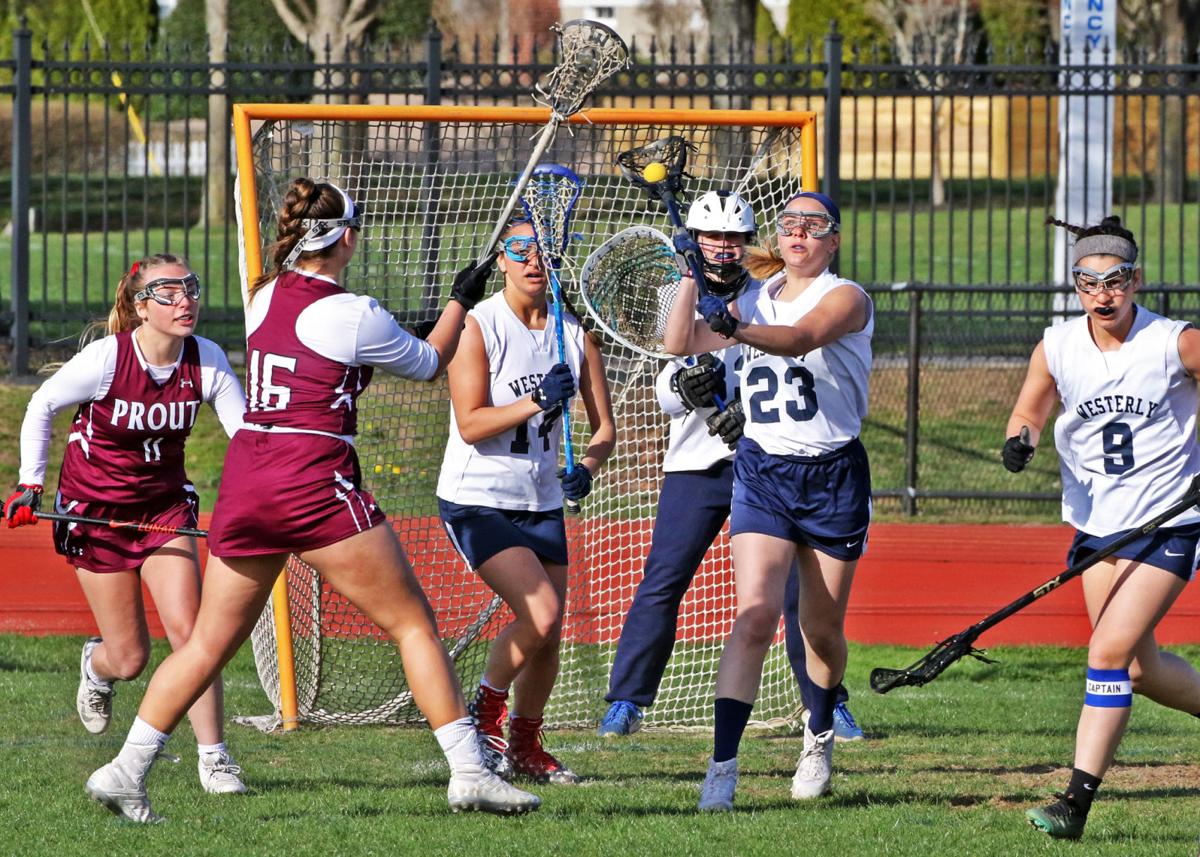 Westerly's Molly Ridler intercepts a pass during a game with Prout last season. Ridler was a three-year starter for the Bulldogs, but missed her senior season due to the coronavirus pandemic. Harold Hanka, The Westerly Sun

Westerly’s Molly Ridler would have been a four-year starter for the girls lacrosse team this spring. But the coronavirus epidemic ended the season sooner than expected. Harold Hanka, The Westerly Sun

Westerly's Molly Ridler intercepts a pass during a game with Prout last season. Ridler was a three-year starter for the Bulldogs, but missed her senior season due to the coronavirus pandemic. Harold Hanka, The Westerly Sun

WESTERLY — For most of us, talking at too high a volume would not inspire any compliments.

But if you're a lacrosse defender, particularly one charged with running things, it's a necessary trait held in high regard.

"I'm very loud on the field," Westerly High's Molly Ridler said as she described the way she plays. "I am always communicating on the field. It's my job to control the defense. We are making sure the other team doesn't get a fast break and making sure everyone is where they are supposed to be. I would have been a four-year starter."

Unfortunately for Ridler, a senior, and her teammates, the key word is "would" — the coronavirus pandemic ended the season before it started.

The past three years have been good ones for Westerly's girls lacrosse team. It was a combined 40-7 with three straight runner-up finishes in Division III and one in Division II.

Westerly graduated seven seniors last spring, but Ridler said the returning players were looking forward to the challenge of building on the program's previous success. Ridler and Ashley Amato were the team's captains.

"It was definitely very disappointing to not have my senior year as a captain and not be able to come to the field one last time," Ridler said. "I had high hopes that we could make it to the playoffs.

But Ridler is not done with the sport she started as a fourth-grader in the Westerly Area Youth Lacrosse league. She will continue her career at Belmont Abbey College in Belmont, N.C.

The Division II school is a Catholic, Benedictine liberal arts college with about 1,500 students. It's located about 11 miles west of Charlotte. The school competes in the Conference Carolinas league against teams like Converse, Chowan and Lees-McRae.

Ridler learned about the school from a teammate on her travel team, the Dodgers of Simsbury, Conn.

"I've wanted to pay college lacrosse since my sophomore year," Ridler said. "I've spent a lot of time uploading film of me playing and making countless phone calls. I contacted the Belmont Abbey coach (Molly Lehman-Lewis) and she saw me play in some tournaments.

"I visited and had an overnight to get a feel for the team. I loved the campus and it felt like home."

Ridler plans to major in biology or psychology and hopes to work in the psychiatry field some day.

Belmont Abbey had 31 players on its roster this season.

"Their team is really big and our team at Westerly is kind of small, so that is going to be different," Ridler said. "I'm definitely ready to play a few games, get on the field and get some turnovers and just do what I can do."

Ridler will miss out on many senior activities this spring due to the virus, and the school's graduation will be conducted online and center around a graduation video.

"I would much rather walk across the stage, but I understand what the situation is," she said. "I think every senior would like to be able to walk across the stage. I mean, it's really disappointing. There is nothing we can do about it. I can't blame anyone. Hopefully, we can reconnect later."

Ridler has learned some things during her time at Westerly High.