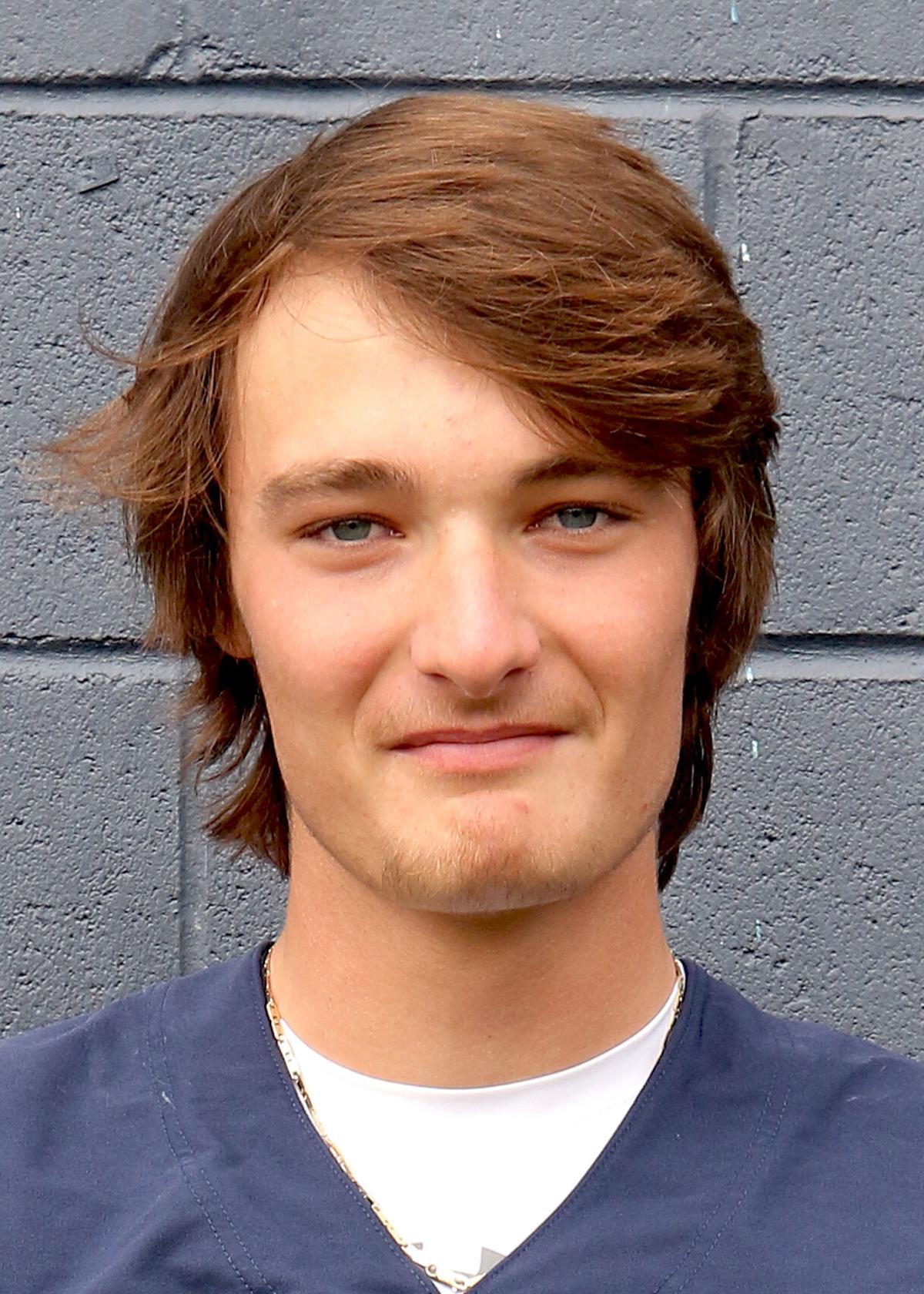 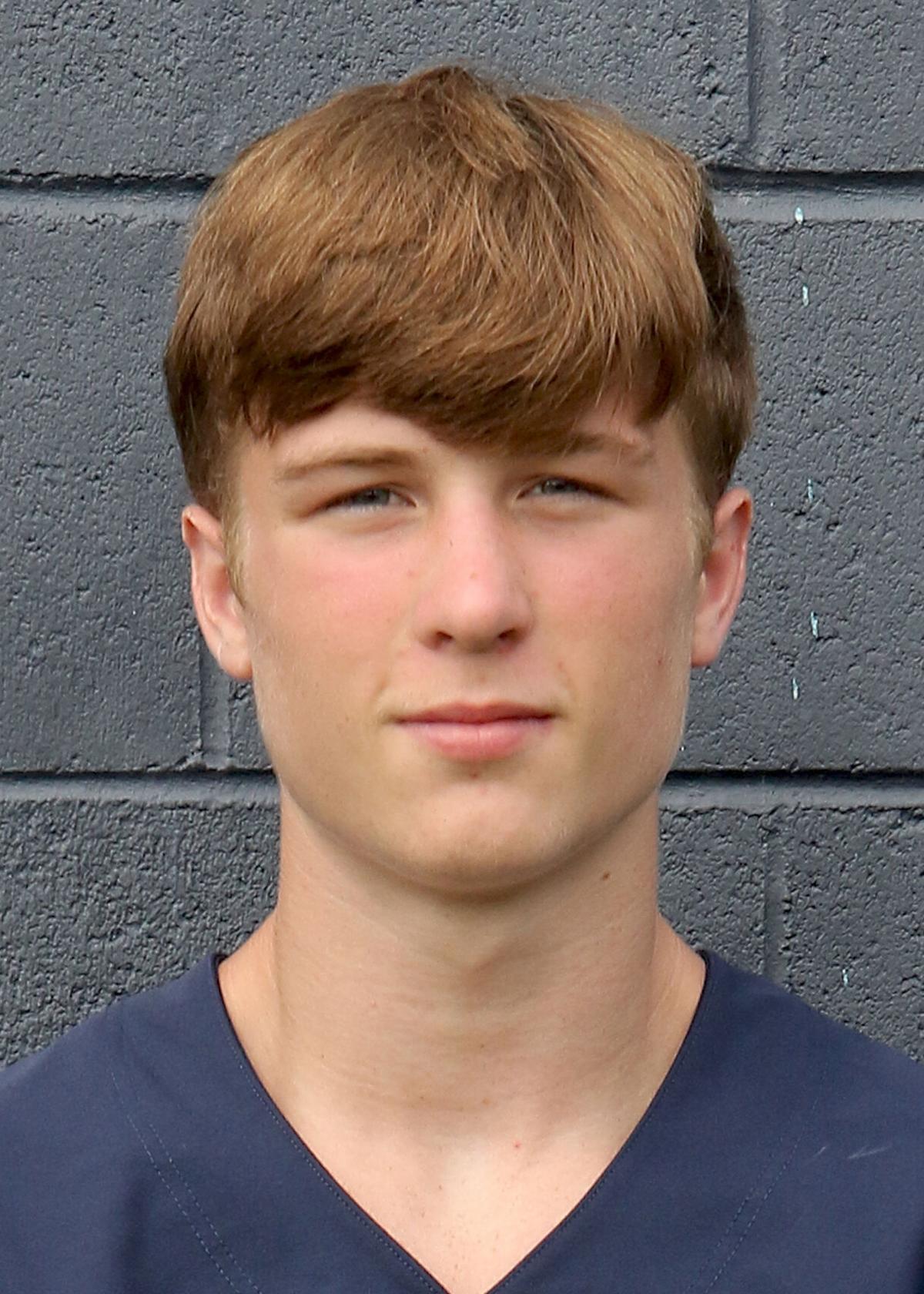 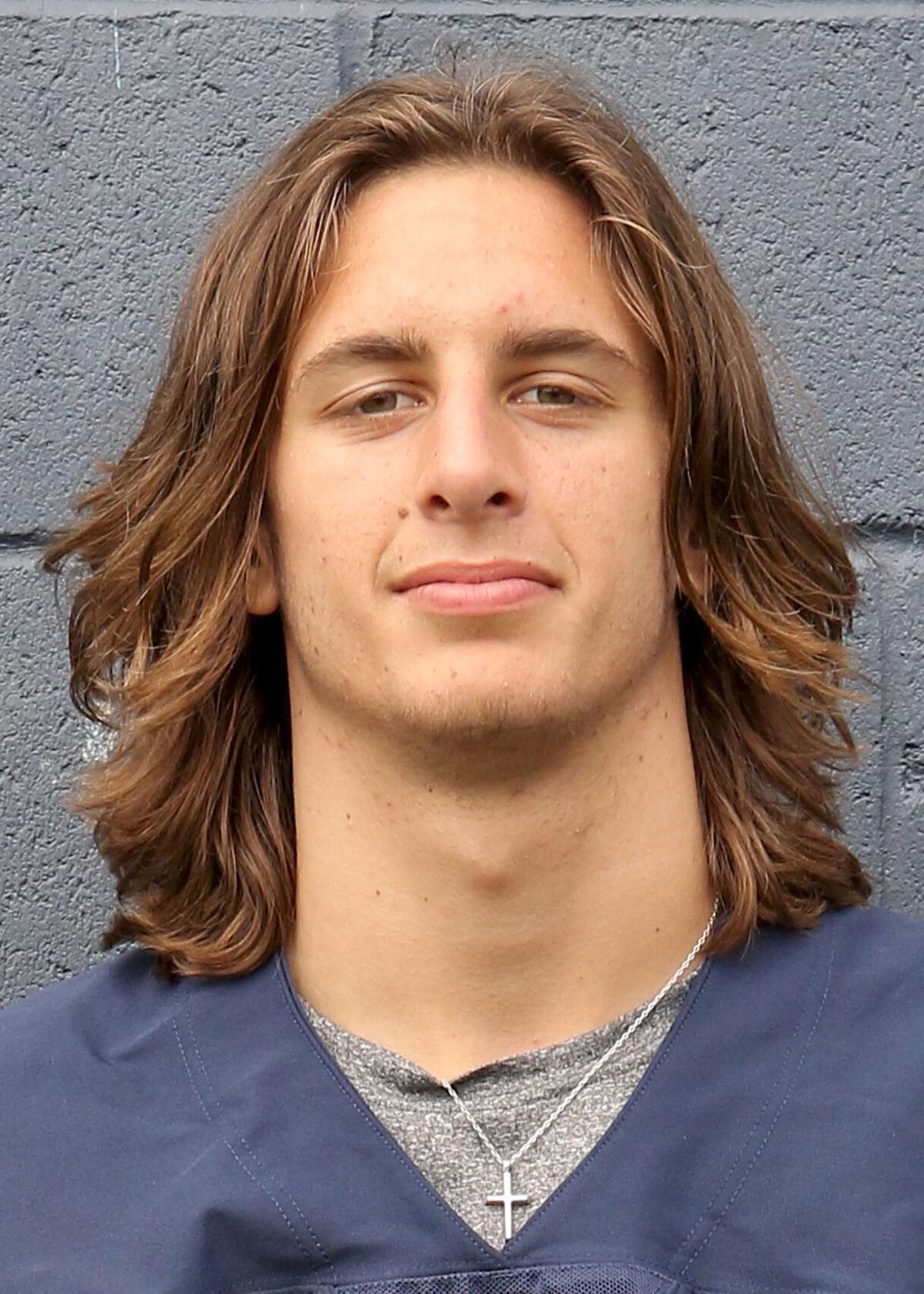 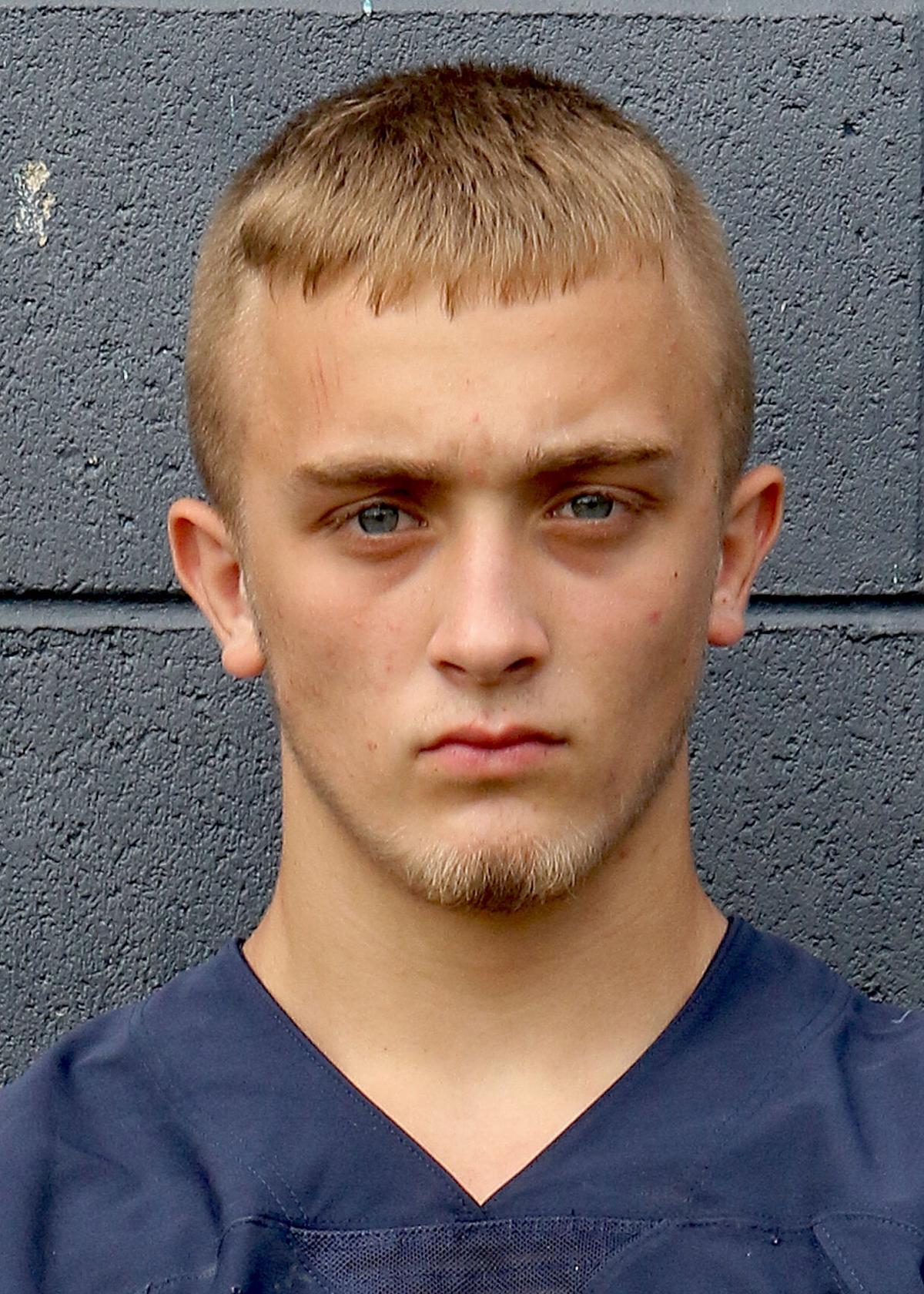 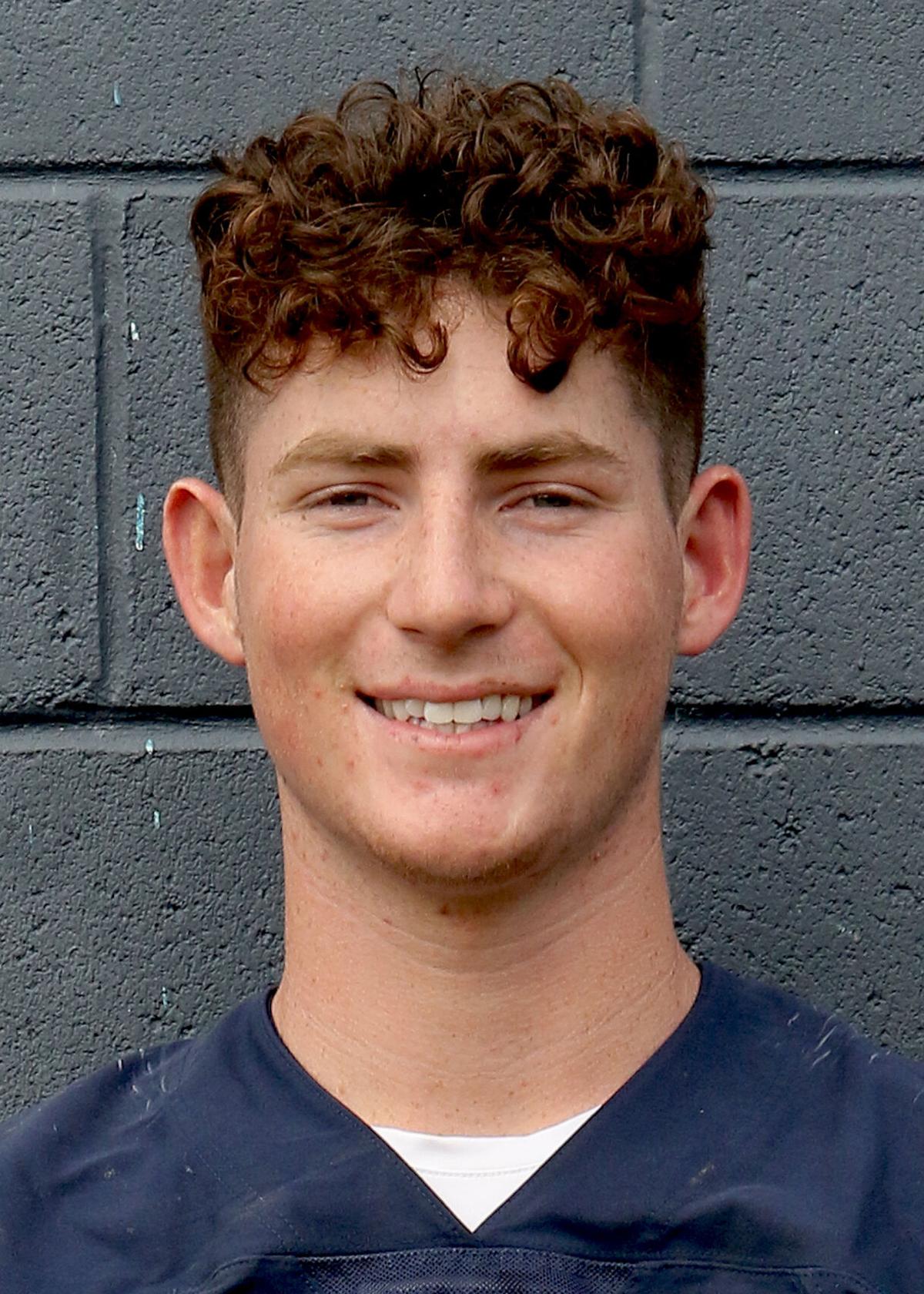 BARRINGTON — Westerly High received a huge block from a wide receiver, made a key defensive adjustment and received big contributions from the usual sources in a rousing 35-23 win over Barrington in a Division II quarterfinal-round game Friday night.

Westerly, the No. 3 seed from II-B, will next travel to unbeaten St. Raphael Academy (9-0) in the semifinals. The Saints routed Moses Brown, 42-14, on Friday. The game will be played at Max Read Field in Pawtucket on Friday at 7 p.m.

For a while, the semifinals seemed like a distant possibility for the Bulldogs (7-2) — they fell behind 21-7 in the second quarter. Barrington (6-3), the No. 2 seed from II-A, was gashing the Westerly defensive front to surge to the early lead.

"I was definitely nervous in the first half," Westerly coach Stanley Dunbar said. "At the end of the day they, are the defending [Division II] champs [from the spring season]. They are going to come out there on their home field and give you everything they've got. They are well coached and their option is tough to stop."

Westerly clawed back into the game with touchdowns from running back Zack Tuck and quarterback Lance Williams to tie it at 21.

The Bulldogs then took the lead for good with 22.7 seconds left in the third quarter: Luke Marley caught a pass near the Barrington sideline from Williams, eluded a defender and appeared headed for a solid gain. But along the way, Marley received a huge block from fellow receiver Marcus Haik, enabling him to sail down the Barrington sideline for a 77-yard touchdown catch-and-run.

"It was all Marcus Haik, the lead blocker of the team," Marley said. "[The Barrington defender] was going to tackle me if Marcus doesn't make that block. Without him, I would not have scored."

Dunbar agreed Haik's block was critical to the play's execution.

"It's something our receivers coach, Jordan Husereau, has been working on," Dunbar said. "They've been getting better and better each week understanding that it's an important part of being a receiver. It's not just catching passes."

Still, the game was far from over at that point. The Eagles moved 54 yards to Westerly's 12 on their first possession of the fourth quarter.

But defensive end Greg Gorman and defensive lineman Xavier Webster combined for a sack that lost 2 yards on second down. On the next play, Gorman had a 6-yard sack and Barrington came up short on fourth down with 4:55 left in the game.

Gorman put a lot of pressure on Barrington quarterback James Anderson in the fourth quarter.

"Our linebackers were able to take out the running back, and I was able to go one on one," Gorman said.

Westerly failed to gain a first down after stopping the Eagles. The ensuing punt snap sailed over Gorman's head on fourth down, and he was tackled for a safety in the end zone. Westerly still led 28-23 with 2:36 left in the game.

Barrington failed to gain a first down on its series, with Gorman forcing Richards out of the pocket on a fourth-down incompletion.

Westerly took over at its 44, and three plays later, Tuck sped down the Barrington sideline for a 47-yard touchdown to make it 35-23 with 1:14 left.

Barrington still had a slim chance, but the Eagles failed to gain a first down, and Gorman had another sack for a 9-yard loss during the Eagles' final series.

"I'm so pumped," Gorman said. "This team has really come together as a family, and I couldn't be prouder to be part of this team."

Marley finished with a huge night, catching 11 passes for 219 yards. In the second quarter, he was extremely well defended on pass play that looked like it had no chance of being completed. He came down with the ball for a 41-yard reception.

In the final minute of the first half, he caught a 22-yard sideline pass from Williams and did an excellent job of getting his feet down in bounds. The play gave the Bulldogs a first down at the 1-yard line, and they scored with 4.4 seconds on a run by Tuck to trail 21-14 at the half.

Westerly scored on its first possession of the second half, moving 58 yards in nearly eight minutes. Once again, Marley had a 6-yard reception on third down that carried to the Barrington 1. Williams then scored on a sneak with 4:03 left in the third quarter to make it 21-all.

Westerly made a key defensive adjustment at the half. The Eagles had hurt the Bulldogs with a pair of 62-yard touchdown runs in the first half.

"We had a guy shift over to the backside gap they were trying to take advantage of. They were exploiting the weak side," Dunbar said. "Their offense didn't score in the second half."

"Everybody was saying it was a great game, but there were some points where I was stressed out," Dunbar said. "But I'm happy we pulled it out. It was a big comeback victory."