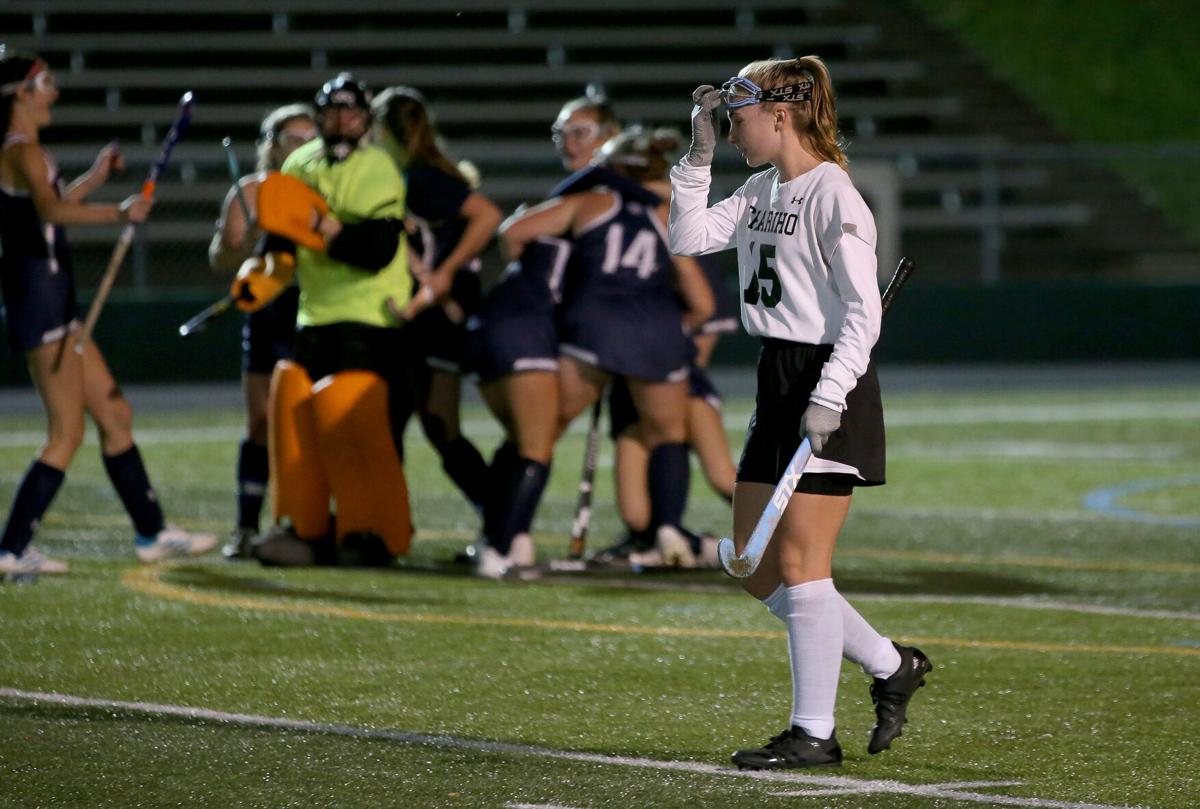 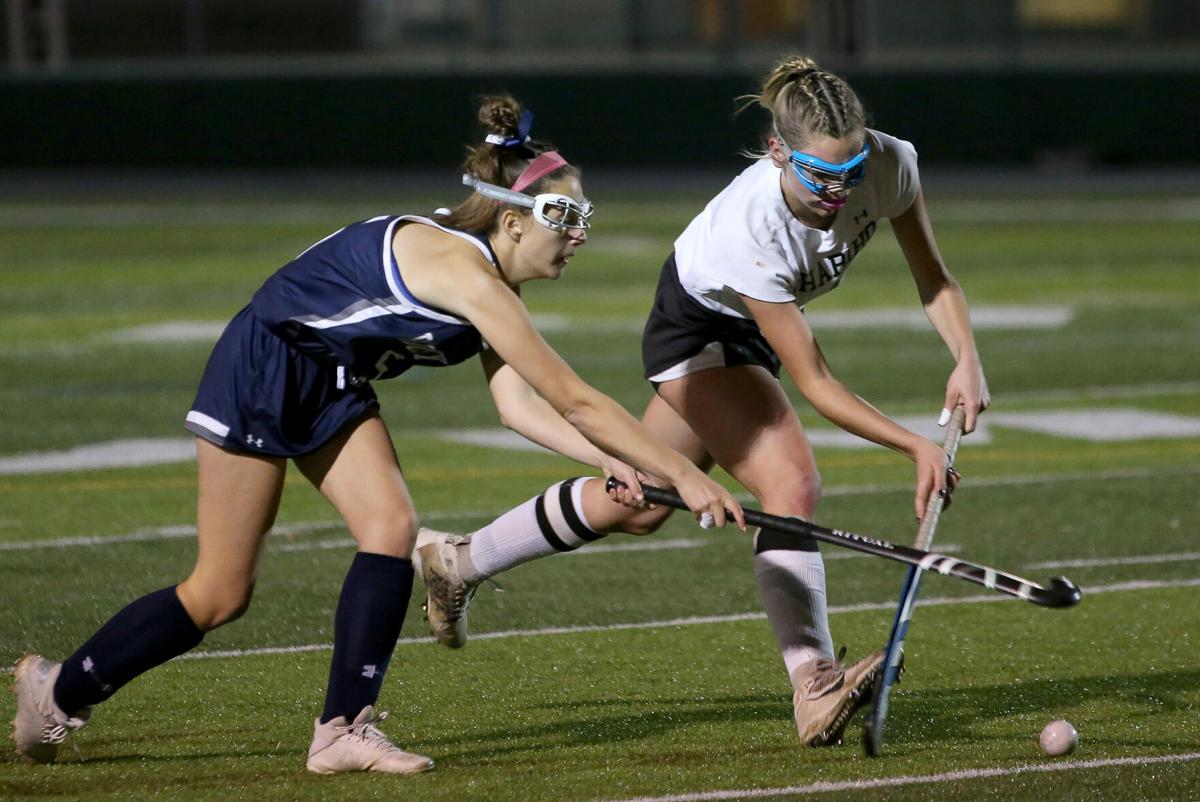 Chariho’s Emily Jeffrey, right, attempts to get past  Rocky Hill’s Katie Kerachsky in the second half Monday night at Cranston Stadium. | Tim Martin, The Westerly Sun 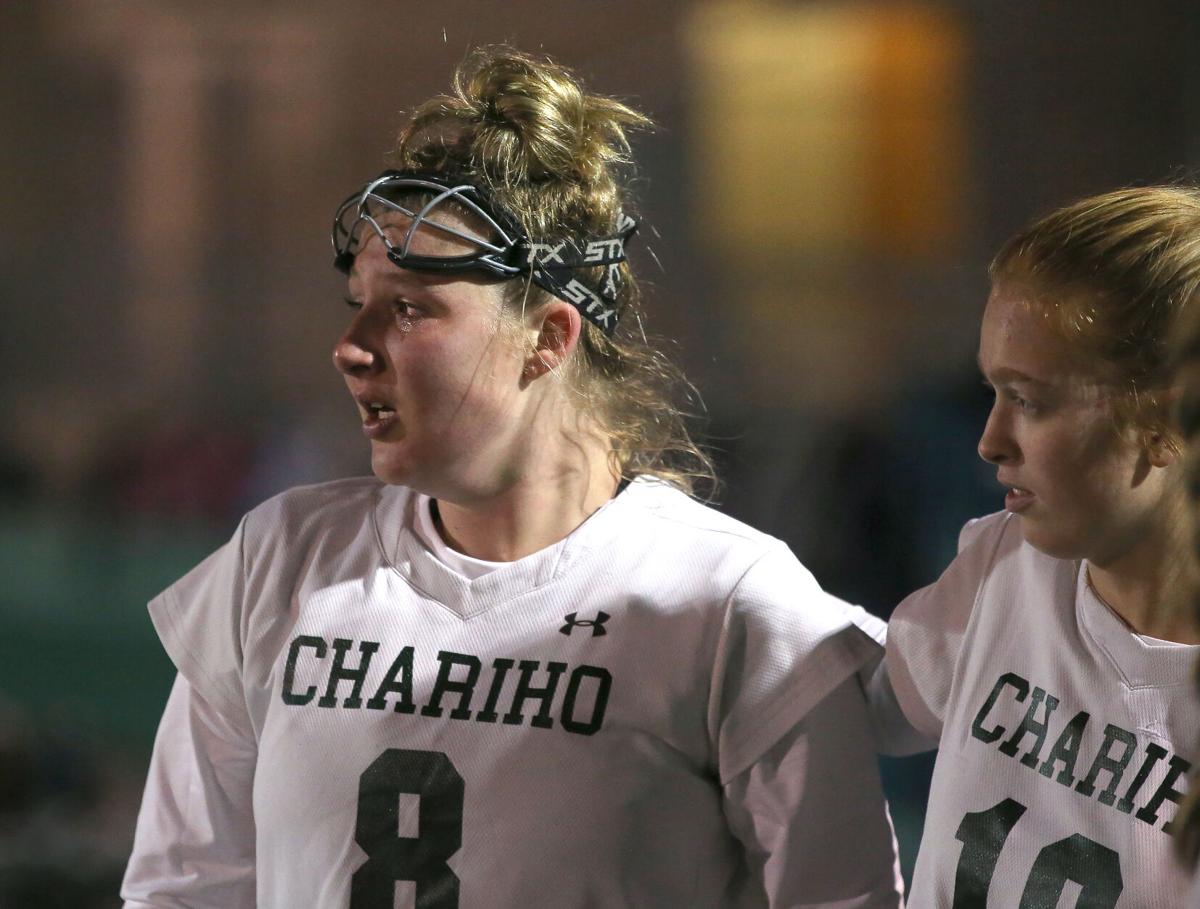 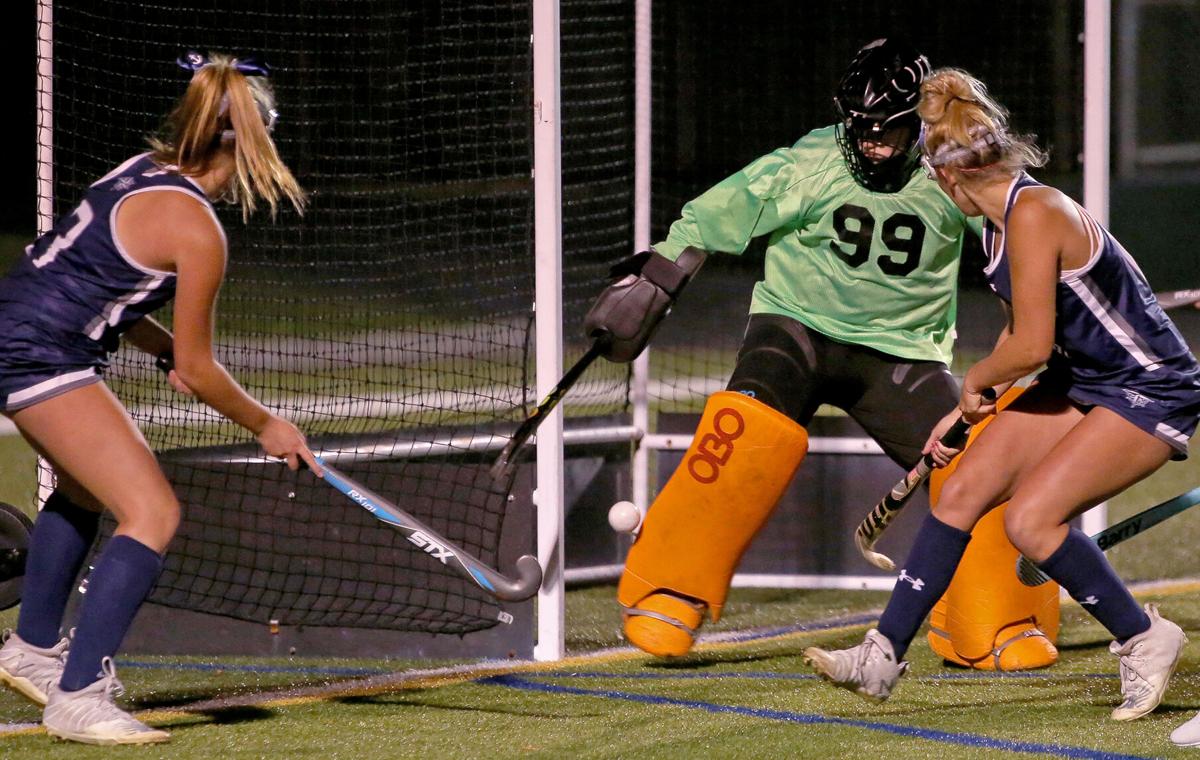 Chariho’s Hannah Smith (99) makes a save during the second half against Rocky Hill during the Division III title game Monday night. | Tim Martin, The Westerly Sun

Chariho’s Emily Jeffrey, right, attempts to get past  Rocky Hill’s Katie Kerachsky in the second half Monday night at Cranston Stadium. | Tim Martin, The Westerly Sun

Chariho’s Hannah Smith (99) makes a save during the second half against Rocky Hill during the Division III title game Monday night. | Tim Martin, The Westerly Sun

The long and short of it — Rocky Hill played better. And when Chariho had opportunities, the Mariners turned them away when it mattered most.

"I think they really wanted it. They are a really good, skilled team and everything just came together tonight and they had a really good game," said Chariho sophomore Chaia Ewell, who scored 12 goals and 16 assists this season. "And we were still there doing everything right, and they just wanted it a little more."

Chariho had put together a 10-0 Division III regular season, with its only loss coming against Fitch, 4-2, in a nonleague game on Oct. 2. Chariho had outscored its division opponents 46-6, including a pair of victories over Rocky Hill — 8-1 on Sept. 26 and 6-1 on Oct. 5.

But it was clear from almost the beginning that this game was going to be different. Rocky Hill did a good job of stopping Chariho's momentum through the midfield in the first half, particularly defender Rachel Arabian.

Chariho junior goalie Hannah Smith had a number of big saves, and if not for her, the Chargers could have been down a goal or two at the half. She stopped a flurry of shots in front of the cage with about nine minutes left in the first half to keep the game scoreless.

McIntosh, Grace Gillett and Madison Dachowski worked together to produce a hard shot by Dachowski that Rocky Hill goalie Kaz Bradley kicked away with about five minutes remaining in the first half.

The Mariners (12-4, 12-2 Division II) had six penalty corners in the first half; the Chargers had just one. But the game was still scoreless

"I am sure they were much more comfortable with this [halftime] score because the last two games we beat them and they probably wanted to show they could beat us," Elwell said of Rocky Hill's position at halftime.

Chariho controlled the first six minutes of the third quarter, but had nothing to show for it. Chariho's best opportunity during that stretch was a backhand off the stick of Gillettt that was just wide.

Finally, Rocky Hill broke through at the 8:32 mark of the third quarter. Franny McCaughey stole the ball from a Chariho player who tried to lift it over her. The speedy and skilled McCaughey carried into the Mariners' offensive third and got off a shot.

About six minutes later, McCaughey carried it down the field and played it into the circle. Once again, chaos occurred in front of the Chariho cage and C.J. Rozen eventually scored to make it 2-0 at the end of the third quarter.

Rocky Hill made it 3-0 when McCaughey knocked home a rebound with 5:34 left in the game.

Mackenzie Allen got Chariho on the scoreboard with 3:55 left, scoring on a hard shot from about 10 yards out. Rocky Hill finished with 11 penalty corners, while the Chargers had just two.

"This was just an amazing season for us," Smith said. "We really came together this season as a team."

"I think it's hard to beat a team three times," Northrop said. "But I'm proud of everything we did today and the entire season. I'm so proud that we were No. 1 in the division and the No. 1 seed. I can't say it enough how proud I am."

Only three teams qualified for the Division III postseason, and Chariho received a bye into the title game as the top seed. Rocky Hill was the No. 2 seed.

Chariho was 2-6 its first season in Division III in 2020, scoring just seven goals while allowing 17.

The team has made great strides. And with only two senior starters, the Chargers are hoping for a repeat visit to Cranston Stadium next season.

"This was a great jump from what last year was," Elwell said. "We had a couple of wins and a lot of goals scored against us [last year]. We came together much better this year. Our team finally meshed together. We had such great chemistry."