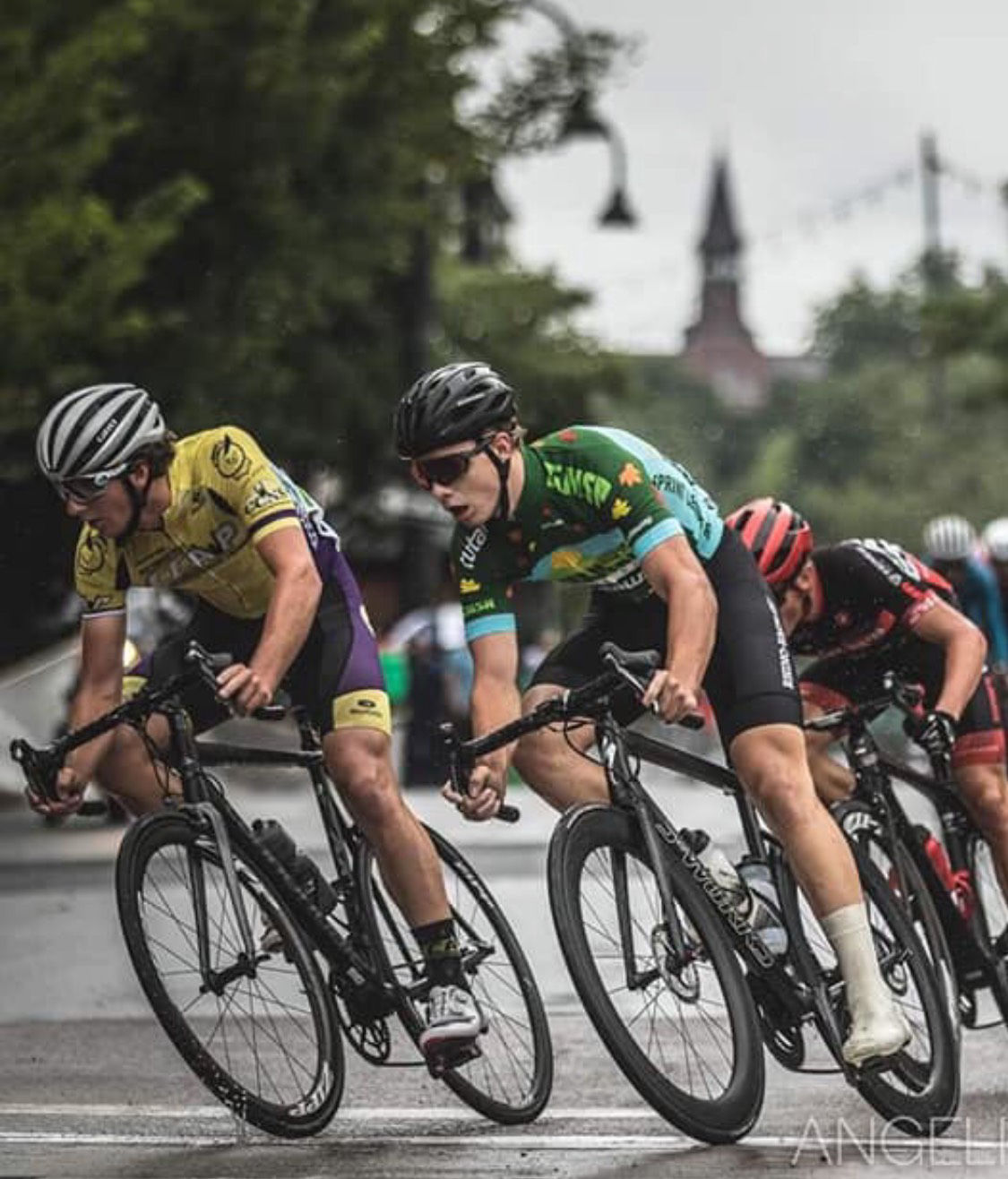 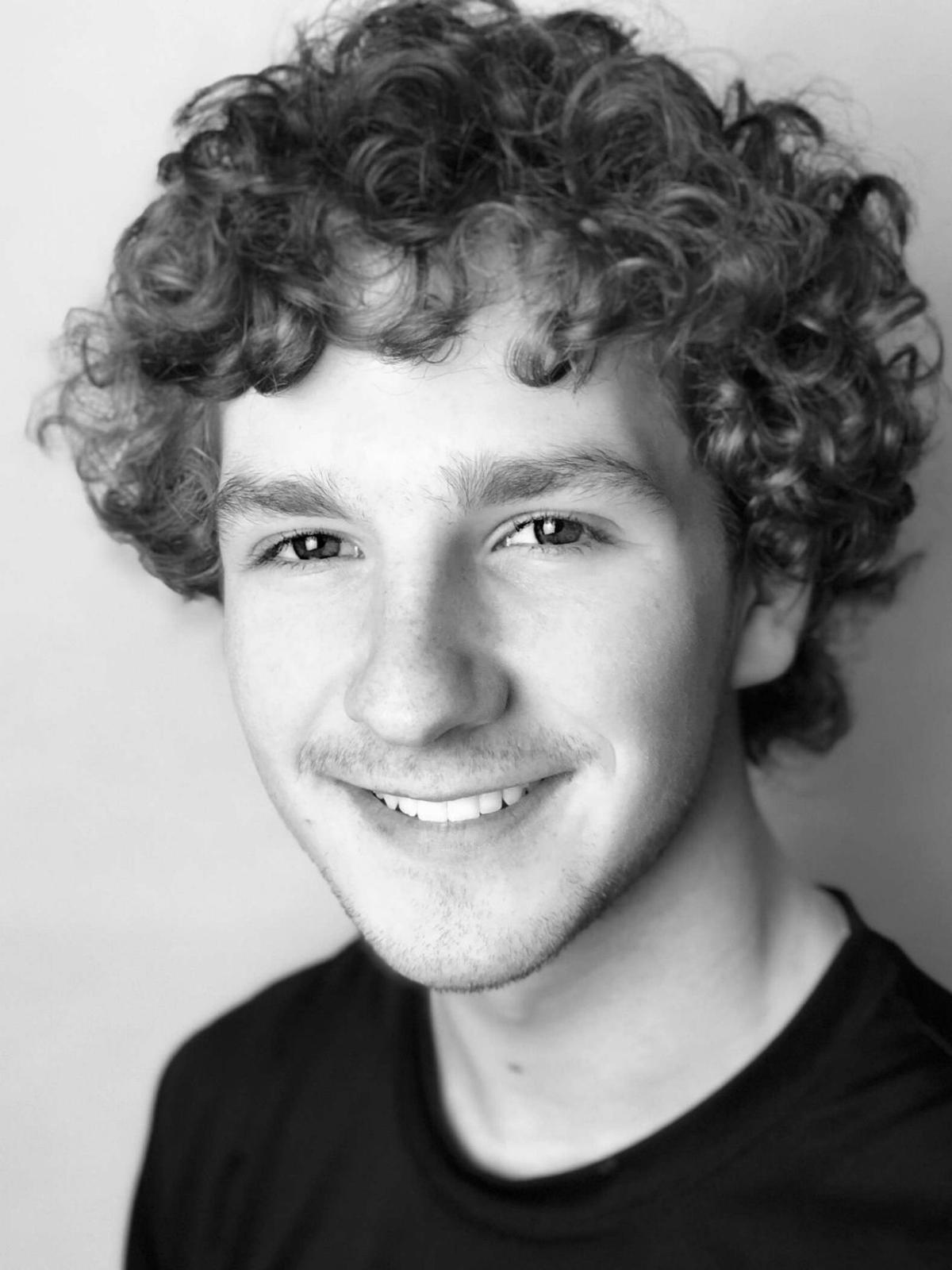 STONINGTON — Lucas Huesman spent Saturday competing in a 25-mile cycling race with riders from all over the country and possibly the world.

Yet, the 17-year-old Stonington High junior never left his home. Huesman was able to compete in a virtual race through the use of an app and a "smarter trainer," a device that connects to his bicycle and replaces the rear wheel.

"You are competing against other riders on a screen," Huesman said. "You don't get the feel of the turns. But the downhills are easier and the uphills are harder."

Huesman has a smart trainer that is compatible with the Zwift app in his iPad. The trainer is able to "vary resistance to match changing terrain and conditions," according to zwift.com.

Huesman is spending the weekend in a three-day stage race. Friday's event was a time trial where riders compete on the course by themselves. Saturday's race was 25 miles long and Sunday's race is 60 miles. About 100 riders are competing virtually, Huesman said.

He said it is very similar to actual outdoor racing.

"It's really similar. Sometimes it's actually harder. You don't get the drafting effect. And indoors you have to keep pedaling the whole time," Huesman said. "The times are about the same."

The Zwift app also includes courses around the country and the world. Huesman has ridden courses in places like London, England, and Richmond, Va., the site of the world championships.

"They have all the buildings and geography of that course on the app," Huesman said.

Huesman was using the Zwift app before the coronavirus pandemic but said it has become more a part of his training regime.

"I was doing it a little bit, more in the winter. Now, I'm doing it more than ever. It's just a lot more intense workout," Huesman said. "And you can talk with your friends that you are racing, even someone who is riding next to you."

Huesman became interested in cycling about five years ago when he was competing in triathlons with his father, Chris.

"I started doing triathlons with my dad when I was 11. I had the fastest bike time in the 11-12 age group at a triathlon and a guy came up to me and said I should try cycling. I had always watched the Tour de France," Huesman said

Huesman eventually became a member of the CT Cycling Advancement Program. He is a member of the organization's junior travel team and has competed in Belgium, Phoenix, Atlanta, Louisville and many courses in New England.

Last June, he competed in the USA Cycling Amateur Road National Championships in Hagerstown, Md., where he finished 11th in the criterium. He was ranked in the top 10 nationally for 15-16 year-olds by USA Cycling last year.

Huesman still trains outside. When he is fully training outside he rides six days a week, sometimes two hours per session or longer.

Huesman is attracted to the sport for several reasons.

"I've made some of my best friends in cycling. There is definitely a community," Huesman said. "And I love going fast. The sport is very skilled based and I love working on my skills. It's a really strategic sport. It's very hard to win because everyone is fast and competing at a high level.

"There are a lot of great riders who don't know how to race. If you are not minding your business, the whole race can be gone in a matter of seconds."

For now, all cycling competitions have been canceled. Huesman will spend his time on the Zwift app in combination with his outside training.

"I would eventually like to make the U23 team and have that feed me into a pro team, maybe overseas, maybe even go to college in Europe," Huesman said.