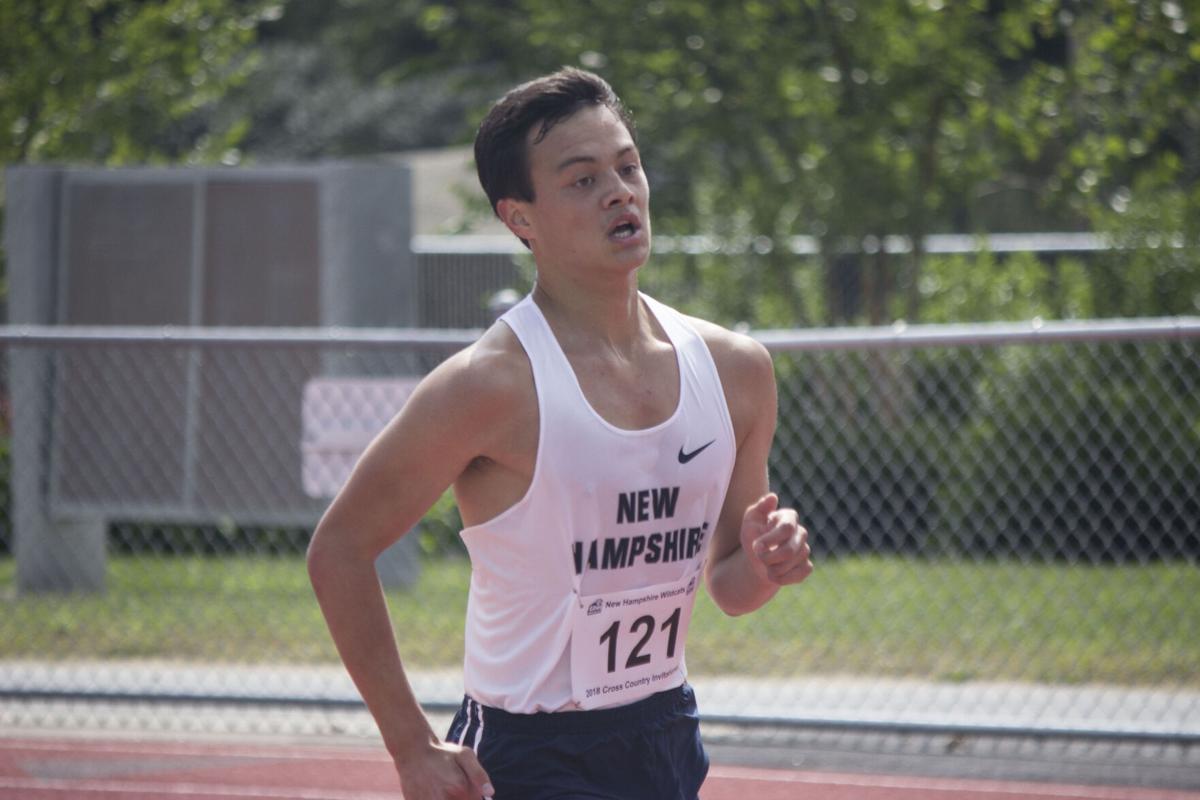 Matthew Walker showed a glimpse of what he can do in his very first race for New Hampshire, finishing 14th overall in a September 2018 cross country tri-meet. Unfortunately for Walker, injuries have hobbled him since the spring of 2019. | Photo courtesy UNH 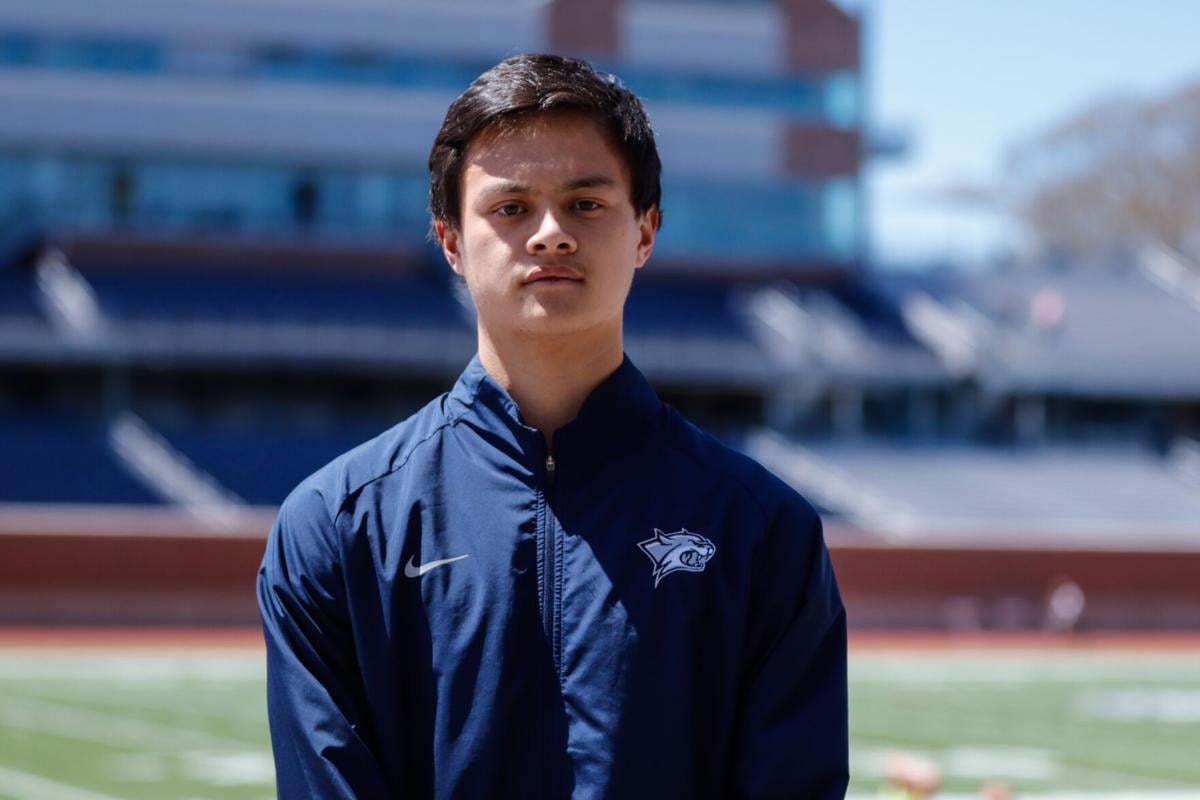 Matthew Walker showed a glimpse of what he can do in his very first race for New Hampshire, finishing 14th overall in a September 2018 cross country tri-meet. Unfortunately for Walker, injuries have hobbled him since the spring of 2019. | Photo courtesy UNH

The good news is Matthew Walker is finally healthy.

The bad news is that injuries have mostly sidelined the University of New Hampshire distance runner for about the last year.

A painful case of shin splints followed by an aching Achilles tendon and a twisted ankle have kept Walker, the former Westerly High standout, off the cross country course and track from April 2019 through the 2019-20 indoor season.

When he injured his Achillies last summer before his sophomore year, the inability to compete in the fall left Walker in a funk.

"It was somewhat depressing for a while, especially when I hurt my Achilles," he said. "I couldn't even walk on it. I was in a boot. Not being able to run is already depressing enough, but it's humiliating when you're an athlete and you can't even walk. Then I'd try to come back, but after a few weeks, things wouldn't go as well as I thought.

"You want to get back to reaching your goals, and not being able to run, it's really frustrating."

His senior year wasn't as impressive — "I had some disappointing races that year," he said — so he was looking forward to redeeming himself as a freshman at UNH.

And he got off to a great start.

In his very first race for the Wildcats, Walker ran a personal-best 15:44.4 in the 5K at a September 2018 tri-meet. It was the first time he'd ever broken the 16-minute mark and his time was third for UNH and 14th overall.

"I think I surprised a lot of people on the team," he said.

He followed that up with an indoor season in which his personal-bests included an 8:51.24 in the 3,000 meters, which put him third in a meet against Holy Cross, and a 15:28.60 in the 5,000, placing him fourth in a quad meet with Maine, Vermont and Dartmouth.

But then, prior to the outdoor season, the shin splints took hold because of overtraining.

Walker said the injury "came on after really hard training as a team. We weren't picking our easy days. It's probably my fault. A lot of guys go way too hard on easy days and don't get the proper recovery. That took me out for my freshman outdoor season."

Walker said he resolved to come back strong over the summer of 2019 but pushed things too hard and too quickly, and that's when his Achilles was damaged and put him in a boot.

Then, he twisted his ankle in mid-August, landing on a rock awkwardly during a trail run. Wearing an orthotic to help heal his Achilles may have contributed to the injury, Walker said, because it restricted the movement of his ankle joint.

Walker didn't run again until late in September, and took things slowly — just 5 miles a week to start before building up to 50 in October and, later, between 70 and 80. "That's when I'm happiest and where I'm most fit," he said.

With indoor track on the horizon last winter, Walker and his coach had a talk and it was agreed upon that he would skip the season with an eye toward the outdoor campaign.

"It had been a long time since I raced and I was out of shape," Walker said. "I was supposed to focus on training for the outdoor season, but that didn't happen."

The outdoor season didn't happen because of the coronavirus, which canceled collegiate spring sports across the country. Walker got the word about two weeks before the Wildcats' season-opening meet in April.

"It was disappointing," he said. "Just because I was so close [to competing again]. All of us were getting ready to compete. I think I was ready to go."

Walker, who's heading into his junior year, has yet to run outdoor track for the Wildcats.

On the bright side, Walker has excelled in the classroom, posting a 3.45 gpa as a neuroscience and behavior major (he plans on going to med school and becoming a doctor). He is four-time member of the America East academic honor roll, twice for cross country and twice for track.

And he's looking forward to running for the Wildcats again — whenever that may be. It certainly won't be in September because the America East postponed fall sports due to coronavirus concerns.

"I'm definitely anxious to get back," Walker said. "[Summer] races are coming back now. I'm excited to go after some PRs (personal records). Hopefully the indoor season will be on and I can get back to collegiate racing. That would be nice.

"Seven months of injury was really tough and discouraging."