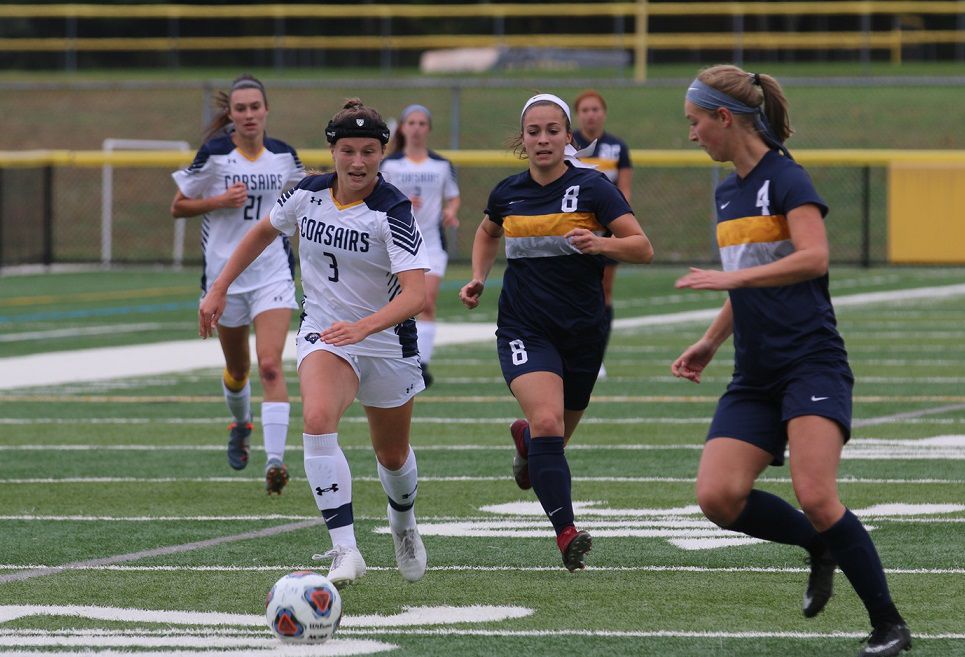 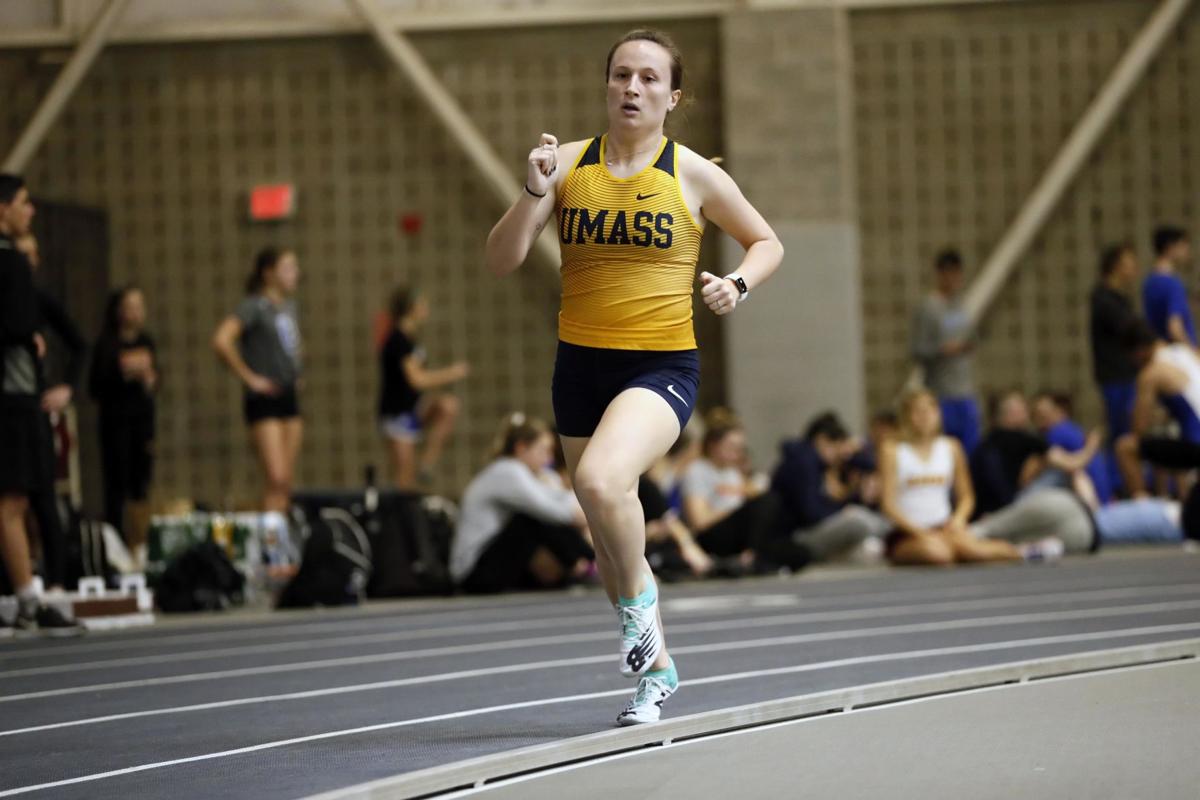 Ella Rath competes for the UMass Dartmouth track team. Rath ran the 800 meters and a leg on the 4x400 for the Corsairs. She was also co-captain of the UMassD women's soccer team. | Photo courtesy UMass Dartmouth 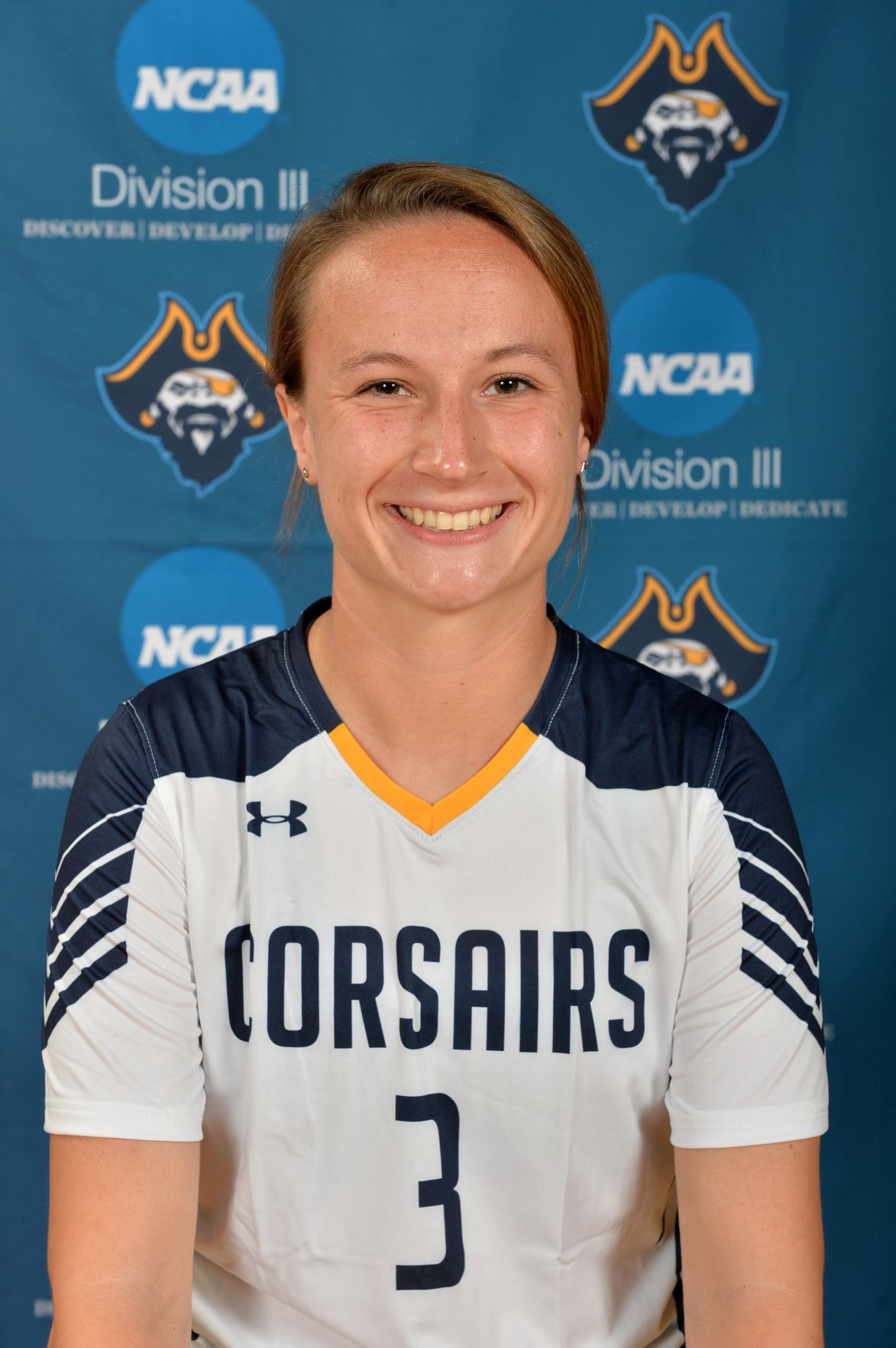 Ella Rath competes for the UMass Dartmouth track team. Rath ran the 800 meters and a leg on the 4x400 for the Corsairs. She was also co-captain of the UMassD women's soccer team. | Photo courtesy UMass Dartmouth

Ella Rath had a busy four years of college, especially the last two.

While at UMass Dartmouth since the fall of 2018, Rath had her schoolwork, of course — she recently graduated with a bachelor's degree in crime and justice studies. But on top of that she played soccer, her favorite sport, in the fall, ran indoor track in the winter and ran outdoor track in the spring.

How was she able to manage that kind of schedule?

"I use my notebook planner a lot; I planned things out very diligently," said Rath, a 2016 Stonington High grad who was an All-State soccer player, adding that she hand wrote everything and color coded it to keep track of her daily responsibilities. "And I got my homework done early because I was too tired [after practices and games]. Time management was 100 percent key to my four years. Every season it was so important."

Rath's final soccer season was a tough one. A midfielder, the senior co-captain finished with a team-leading five goals and one assist as the Division III Corsairs went 3-15 last fall, coach Elise Cloutier's second season as coach.

Rath did, however, score two goals in a game twice, both one-goal losses.

"It was a rough one," Rath said of the 2019 season. "We played very defensively. We had a defensive mindset and just had a hard time scoring goals. Once you start losing game after game, it's tough to stay positive. I tried to do that as a leader, but it's difficult. It was kind of a rebuilding year."

Rath said the highlight of her career came the year before, when she scored both Corsairs goals in a 2-0 victory over Western Connecticut in a late-season Little East Conference game. With the victory, UMass Dartmouth clinched a berth in the league's postseason tournament.

Making the win more memorable was that it came against the Colonials, the LEC's first-place team "that usually beats us."

"I scored twice, but it was more about doing it for the seniors," Rath said. "It was a huge underdog moment that I never really experienced before."

Rath scored a team-high 10 goals to go with two assists her junior year, and the Corsairs went 7-8-5.

Rath spent her first two years of college at Salve Regina in Newport, where she played only soccer. She decided to transfer to UMassD because she wanted to attend a larger school that was affordable and because of its highly regarded crime and justice program.

She elected to add track to her list of activities when a few friends and soccer teammates who also were members of the track team encouraged her to do so because she "loved running so much." She met with the Corsairs track coach, Michael Salem, joined the squad and "fell in love with the sport."

Rath ran the 800 meters and a leg on the 4x400 relay team. During the indoor season, she finished fifth in the 800 at the Little East Conference championships, which, as things turned out, was her last collegiate race — there was no outdoor season due to the coronavirus pandemic.

"I was definitely upset about it because we had a men's team that had just won the indoor conference championship and was definitely in the running again," Rath said.

"And the girls, we were just getting rolling. Everyone was fit and healthy and ready to peak in the spring. It was especially devastating because I ran my last race and never really thought it was my last race. It was definitely sad, but I understand why it had to happen."

And then, just like that, her undergraduate experience was over.

"It flew by, especially after I transferred and found a home at UMass Dartmouth," Rath said. "It went by in the blink of an eye, especially the rest of the [spring] semester when we were sent home [because of the pandemic]. You definitely have to be grateful for everything because you don't know what could happen. But it definitely flew by. Faster than high school, probably because I had so much fun."

Rath plans to stay busy — and have more fun — come the fall. She's headed to Durham University in Durham, England, to get her master's degree in social policy. Her career goal is to become a Title IX coordinator for a university and to coach women’s soccer.

"Fingers crossed," she said. "It will be a next-level experience because soccer is just huge in England. I'm very excited."

Let's just hope she stocks up on those notebook planners.

PHOTOS: A dazzling display of sailboats on the Mystic River

Carrying on tradition: Smokey Bear Parade will go on as planned ... with some restrictions

Rhode Island to crack down on businesses flouting coronavirus rules

'United at the drive-in" takes off at the beach