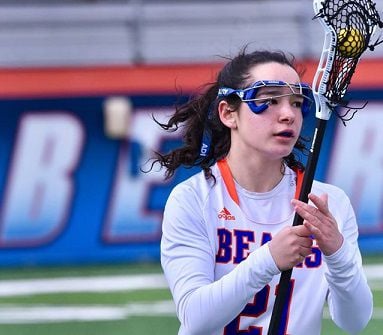 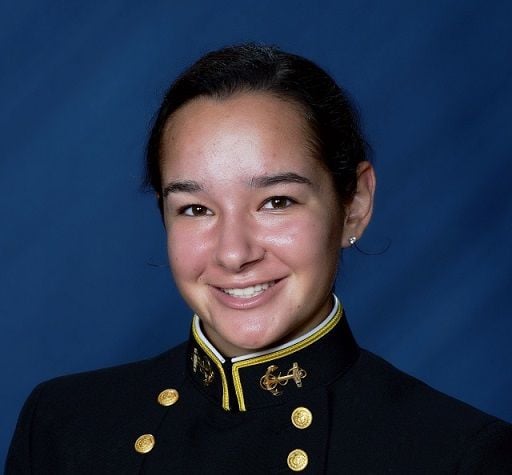 Kata Cummings was a rare breed in high school — a four-sport athlete.

During her four years at Westerly High, she ran cross country in the fall, indoor track in the winter, and played lacrosse, in which she truly excelled, and ran outdoor track in the spring.

She knew what it was like to be worn down from a hectic schedule.

Until she received an appointment to the Coast Guard Academy, that is.

"I've never been so tired in my life," said Cummings, a 2019 Westerly High graduate who was the Division II lacrosse player of the year as a senior. "It's tough. You have to get up at 6 a.m., and formation is at 6:20. You have more responsibilities as a freshman — they're not that hard, but they take up time.

"This year will be more tough academically. But ... it's tough. But it's also really nice being busy, and I've missed that during the time I've been home because of the coronavirus."

This past spring, Cummings was a freshman attacker on the Coast Guard women's lacrosse team, a Division III program that plays in the New England Women's and Men's Athletic Conference (NEWMAC). The Eagles were 3-2 and had just finished a spring break trip to Virginia, where they beat Virginia Wesleyan, 16-2, and lost to Christopher Newport, 16-12, when their season was canceled by the COVID-19 pandemic.

"I actually really enjoyed the spring break trip," Cummings said. "It took time to get used to my teammates, and spring break really helped to create a bond. We were looking forward to coming back [and playing the rest of the season], but that didn't happen so I was disappointed."

Cummings, who played in two of CGA's five games, has been distance learning at home since mid-March, and is currently enrolled in summer school because she changed her major to civil engineering and has a few classes to make up. She'll also spend two weeks on board the Coast Guard Barque Eagle as part of her summer training program.

At Westerly, Cummings was one of the lacrosse program's all-time greats. She finished her career with a school-record 54 assists and her 149 goals rank third on the Bulldogs scoring list. As a senior, she had 37 goals, 14 assists and led Westerly to its third straight division title game.

But at Coast Guard, things didn't come quite so easily.

"Rhode Island is relatively new to lacrosse compared to Virginia and Maryland, which is where many of my teammates are from. So it's a very high level of play," Cummings said. "I think I was lacking in some lacrosse-specific smarts. I can run forever, but I don't have the lacrosse skills, the field skills, the movement. ... I would just not know where to go sometimes or where my teammates expected me to be.

"Definitely my role on the team was a big change. I had more of a leadership role in high school. During college games, I was kind of looking where to be led and where to go."

Cummings said she tried to compensate for her lack of lacrosse instincts with hustle, like chasing after ground balls. She also absorbed as much instruction as she could in practice.

"My coaches know I'm not easily offended if someone's going to correct me," she said. "So I was exposed to a lot of information and tried to get all of it. I was improving as the year went on but, obviously, it was cut short."

On the academic side of the ledger, Cummings, a U.S. Lacrosse Academic All-American as a Westerly senior, continued to shine as she carries on the family legacy at Coast Guard, where her grandfather, Captain Ernie Cummings, Class of 1963, played football under coach Otto Graham and helped found the school's hockey team. (Later, her father, David, enlisted as a seaman on the Eagle with his father, Capt. Cummings, the commanding officer.) Kata earned a gold star as a first-year cadet, an honor that requires a GPA of 3.15 or greater.

As for lacrosse in 2021, Cummings said the Eagles have several returning players and should be a solid team (they were 12-7 and reached the NEWMAC semifinals in 2018).

Cummings, meanwhile, will keep on practicing and learning.

"I just want to come back next season ready," she said. "After having so much time off, I'm a little worried I'll be rustier than the other girls. I'll definitely have to put in some work, not just physically but watching film. Learning the game so I can take my skills and knowledge and help out my team."

N.Y. man charged with causing disturbance at Mystic hotel, walking around without clothes