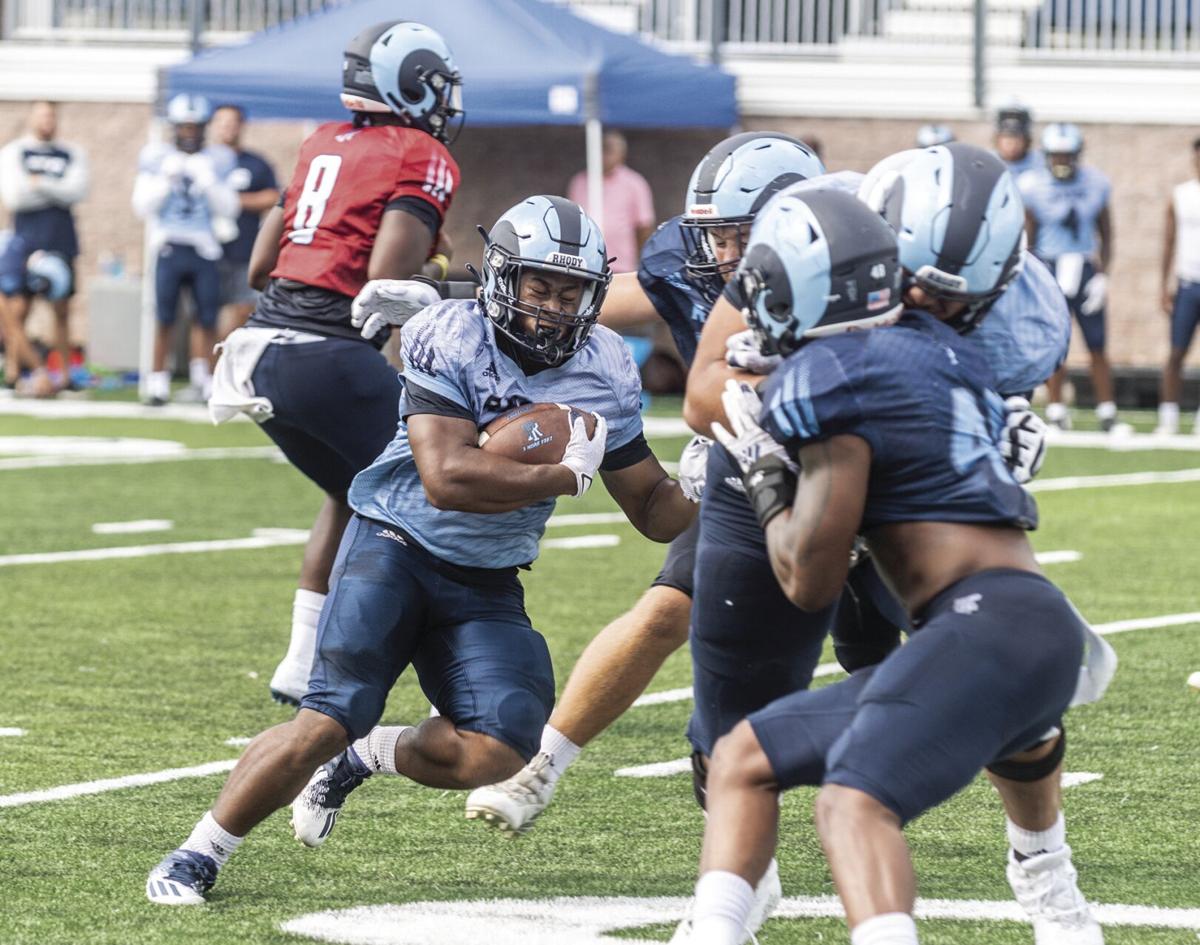 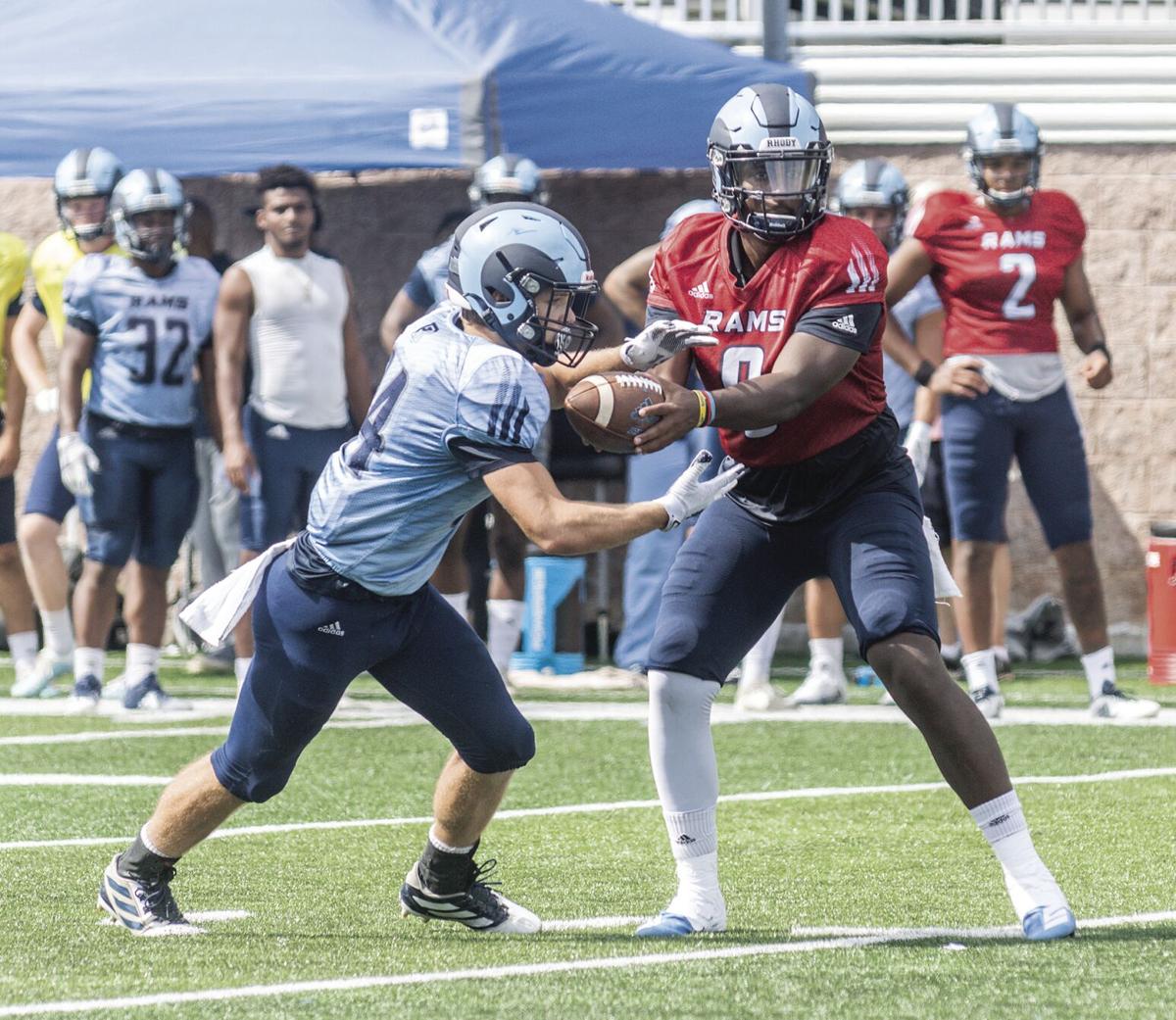 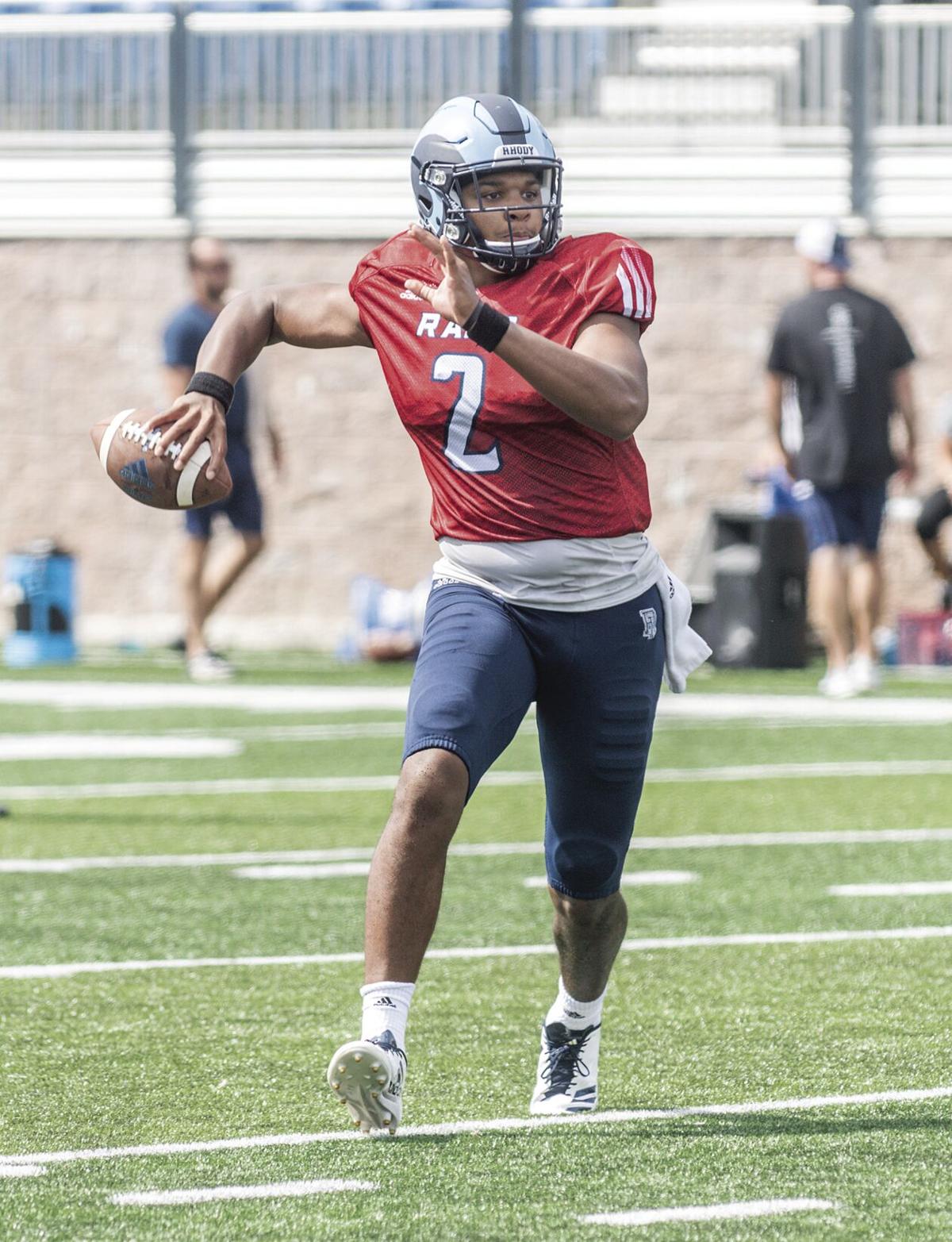 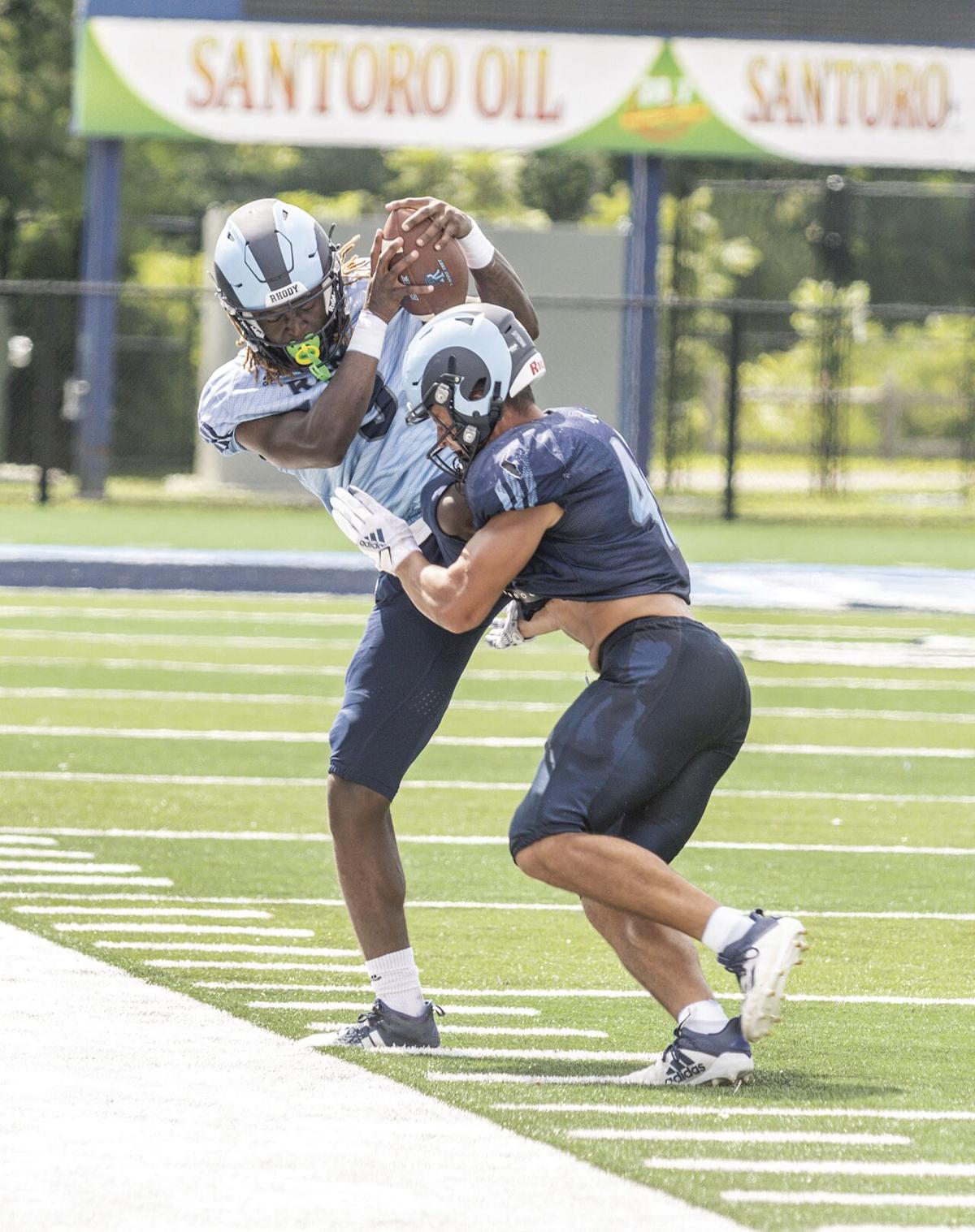 SOUTH KINGSTOWN — Snow on the field has been replaced by ice baths after practice at Meade Stadium.

For the spring season that was prompted by the pandemic, the University of Rhode Island football team began practicing in late January, doing it a few times in snow and often in frigid temperatures. With FCS football returning to the fall, URI opened camp on Aug. 6 and is dealing with the more typical summer heat of the preseason.

“It feels like home,” said offensive lineman Sebastian Delasoudas said. “Like we’re back out here where we belong.”

Either way, the Rams are glad to have their chance. Following the postponement of the fall 2020 season due to the pandemic, perspective still persists as the Rams prep for a more normal season.

“They were all juiced up,” coach Jim Fleming said of the return to fall camp. “That’s also when we decided to turn the heat up in Rhode Island, so I don’t know if that juice stuck around the whole time. But it’s a good-character football team. They enjoy the grind, and we’re looking for big things from them.”

The same attitude served the Rams well in the abbreviated spring season, a scheduled five-game slate that was cut to three due to positive COVID-19 tests. They won overtime games over ranked teams at Villanova and Albany before losing their lone home game to emerging powerhouse Delaware.

“We felt like we had something real special and we still do,” Delasoudas said. “The spring was like a little sneak peek for everybody. It felt good to win those close ones because we’ve been on the short end of the stick a couple of times.”

“I’d love to take two wins into any season,” Fleming said. “Like we always do, we kind of separate that. We had two wins in the spring. We know we’ve got to play those same people. There’s some confidence built up, but in terms of what’s measurable, I don’t think it will change too much. We’ve got to do it all over again.”

With URI requiring COVID-19 vaccinations for students, some sense of normalcy will return amid continued caution. URI is set to open the season Sept. 4 against Bryant, under the lights at Meade Stadium. Marketing staffers were hanging signage at Meade on Tuesday as the school prepares to welcome back fans.

“I feel like it’s just been back to normal,” said senior defensive lineman A.J. Bibeault. “This time last year, we were kind of wishing we were out here in the summer. It’s just more time to build the culture and keep improving every day. It’s great to be back out here with a little bit of normalcy.”

Tuesday brought the first of two preseason scrimmages. The defense had the edge most of the day thanks to a couple of key turnovers. The offense flashed potential, with quarterbacks Kasim Hill and Brandon “Pop” Robinson both getting reps with the first team, as they did in the spring.

“Our defense has been playing very well,” Fleming said. “I thought it was a tough first half offensively. The defense came out and did some good things. When you got down to the third down component, I saw the offense start getting going. I was expecting a little bit of what we got. We got a couple of penalties, which were stupid. I like to see the quarterbacks in different situations. I thought Pop stepped up and played extremely well.”

The Rams are scheduled for seven more practices and another scrimmage before they hit game-week prep for the Sept. 4 opener. Just like in the spring, they’re grateful for their chance and looking to run with it.

“When you look at what we learned last spring and last winter, the opportunity to play was accentuated,” Fleming said. “The opportunity to just get out and play and appreciate those times helped develop the character. Now we’re in the dog days of August, tired and a little sour, so we’ve just got to continue to grow it, but we think it is a good spirit on this squad.”