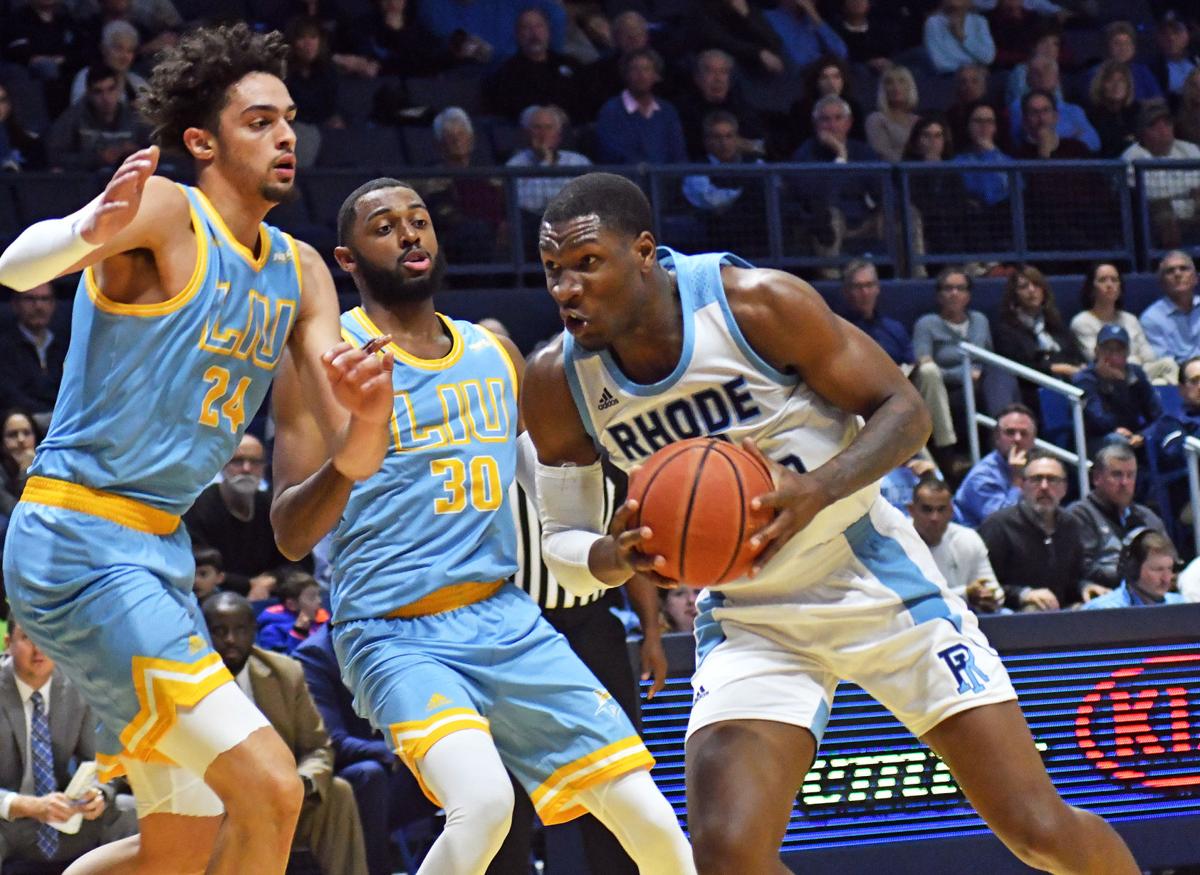 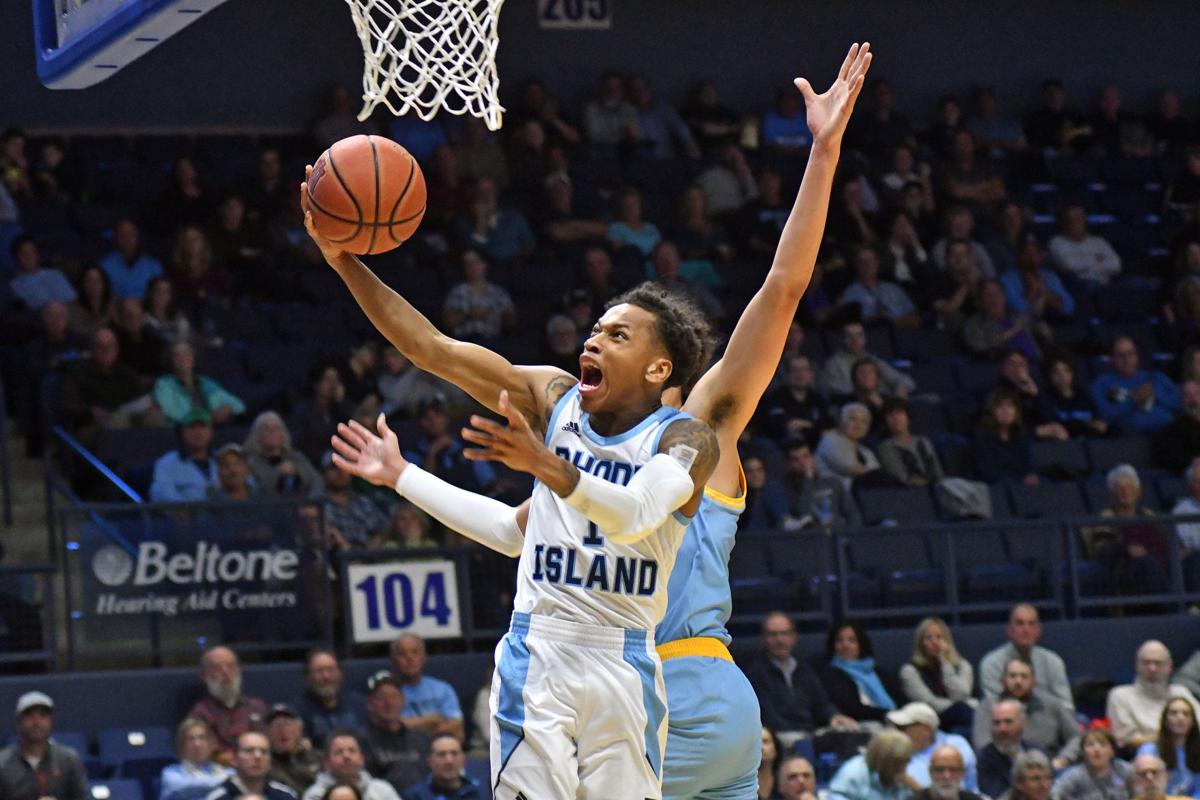 URI's Fatts Russell drives to the basket during Tuesday's season opener against LIU at The Ryan Center. Michael Deer, Special to The Sun 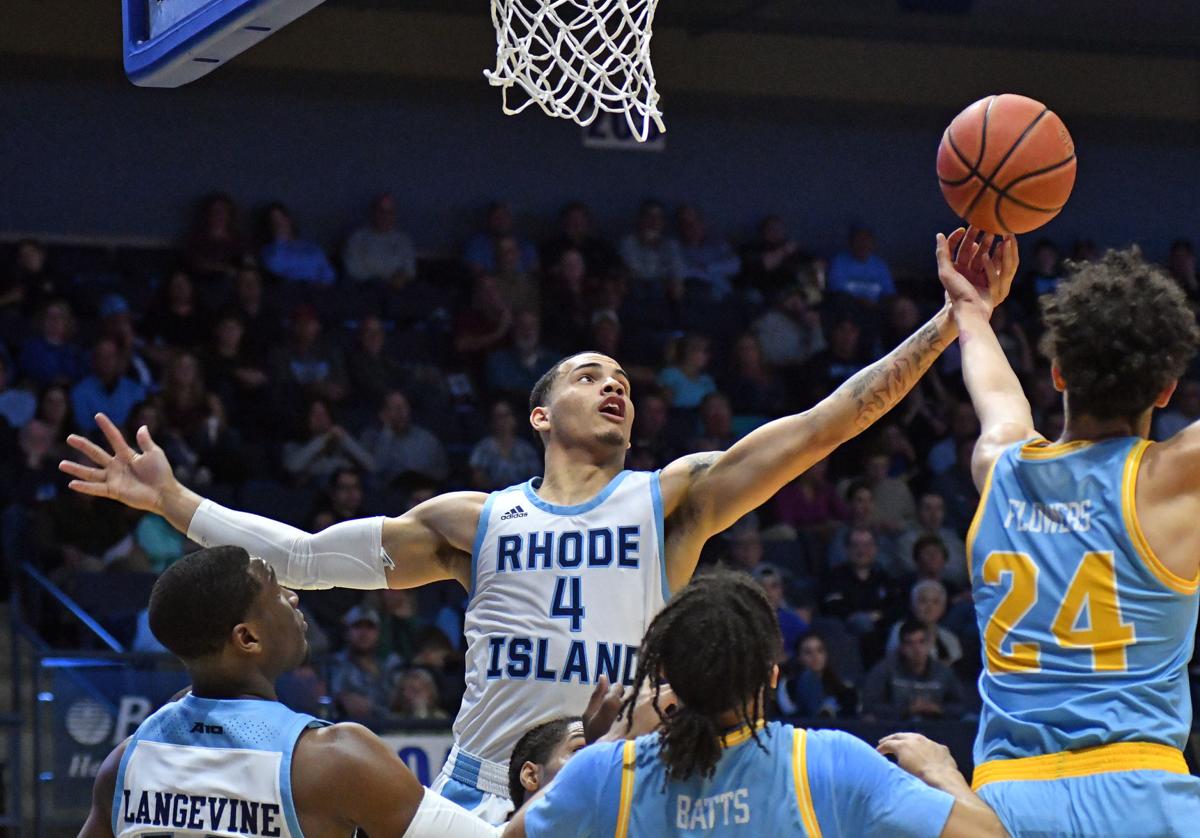 URI's Tyrese Martin goes up for an offensive rebound during Tuesday's season opener against LIU at The Ryan Center. Michael Deer, Special to The Sun 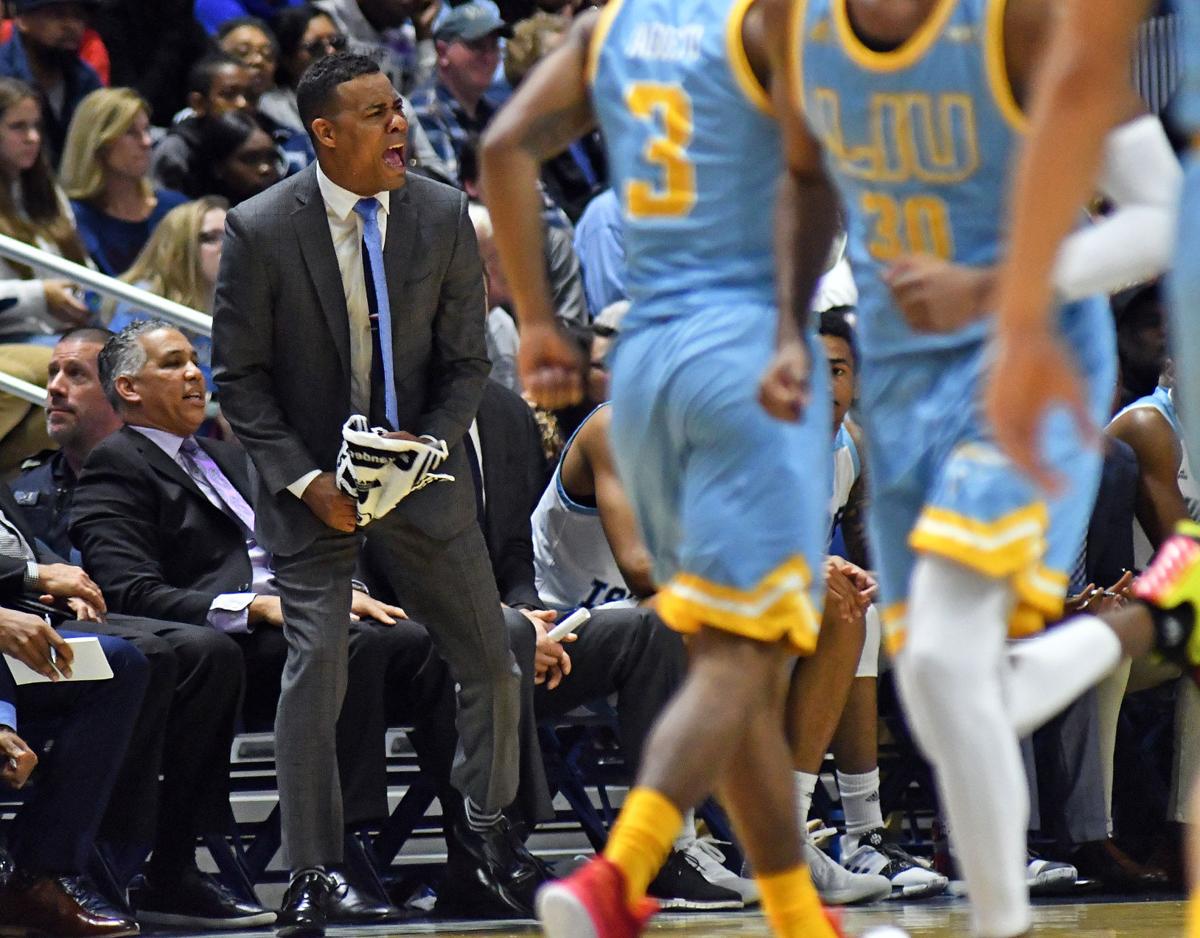 URI head coach David Cox watches the action from the sideline during Tuesday's season opener against LIU at The Ryan Center. Michael Deer, Special to The Sun

URI's Fatts Russell drives to the basket during Tuesday's season opener against LIU at The Ryan Center. Michael Deer, Special to The Sun

URI's Tyrese Martin goes up for an offensive rebound during Tuesday's season opener against LIU at The Ryan Center. Michael Deer, Special to The Sun

URI head coach David Cox watches the action from the sideline during Tuesday's season opener against LIU at The Ryan Center. Michael Deer, Special to The Sun

SOUTH KINGSTOWN — Compared with the challenges to come, Tuesday’s season opener at the Ryan Center was more quiz than test and the University of Rhode Island men’s basketball team passed it with relative ease.

Northeast Conference favorite LIU was without top returning scorer Raiquan Clark, and URI put the clamps on the rest of its cast, limiting the Sharks to 32 percent shooting from the field.

“It’s good to get the first win,” URI coach David Cox said. “We’ve got to get the kinks out. We’ve got a lot of work to do in the next few days in preparation for Maryland.”

URI trailed just once, at 2-0, and proceeded to go on a 7-0 run, highlighted by a pair of Cyril Langevine buckets. The lead grew to 13 before dipping to eight at halftime. Three-pointers by Jeff Dowtin and Tyrese Martin early in the second half bumped the cushion to 17.

LIU’s willingness to bomb away from deep — the Sharks attempted 44 3-pointers — allowed it to make a final push that cut URI’s lead to eight. A dunk by Langevine and a 3-pointer by Fatts Russell provided the finishing touches for the Rams.

“It was good for the team to have that type of battle, that type of adversity,” Cox said. “We got up double digits and they cut it back. We had to stay locked in throughout the game.”

Five players in double figures accounted for the bulk of URI’s scoring.

Russell scored a team-high 18 points, to go with seven assists. Langevine had 16 points while picking up where he left off in last year’s double-double parade with 15 rebounds.

Dowtin and Martin scored 13 each. Those four were the team’s leading scorers last year and seem guaranteed to reprise those roles.

“We think that we have a number of guys who can put the ball in the basket,” Cox said. “We want to be selfless when we play. We want to share the game. That’s what you saw tonight.”

The fifth double-figure scorer was new to the party. Freshman Jacob Toppin stormed the highlight reel with a powerful putback dunk in the first half and followed spectacular with solid thereafter, finishing with 11 points and seven rebounds.

The brother of last year’s A-10 breakout star Obi Toppin of Dayton, Jacob has clear potential of his own, with his athleticism standing out.

“He’s a confident young man. He’s long, he’s athletic, he’s skilled. We had him guarding multiple positions tonight and I thought his defensive effort was really, really good,” Cox said. “The 11 points, we’ll take, but his defensive effort, I thought he was locked into the game plan. If he can continue on this trend moving forward, he definitely brings tremendous value to this team.”

URI hit on 39 percent shooting from the field and 34 percent from beyond the arc. What they lacked in sharp-shooting, they made up for with a low turnover number and assists on 18 of their 27 made baskets.

Russell and Dowtin each played 35-plus minutes and committed zero turnovers, though they didn’t face much pressure from LIU’s zone defense.

Russell’s seven assists were a career high as he kept rolling off a strong preseason.

“Honestly, it’s kind of easy when our guys are making shots,” Russell said. “Just throw them the ball, left and right, Jeff and Tyrese are hitting them, Cyril is finishing. That makes my job easy.”

“He’s playing with tremendous pace, he’s getting off the ball accurately and on time and he’s stepping into shots very confidently,” Cox said of Russell.

Now comes one of the most difficult tasks in a schedule full of them, as the Rams head to Maryland for a 9 p.m. tipoff on Saturday.

“It’s good exposure for us. We’re excited,” Langevine said. “Put us up against anyone, we’re ready for the competition. We’re just going to go out there and play basketball.”

Sea urchins could become a climate-resilient crop in R.I.

Hopkinton's 2019 gain in home sales was most in South County

PHOTO: A purple moment over Pawcatuck