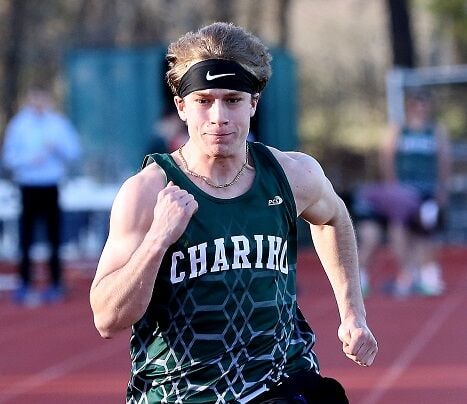 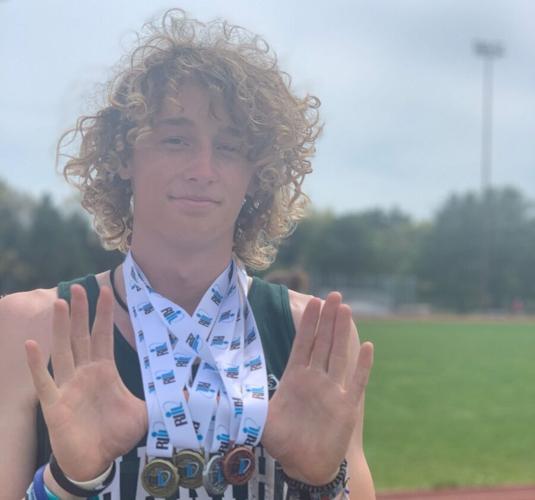 Clark, who was new to the sport, ran in just one meet during the indoor season before shutting things down due to an injury.

"He was definitely an unknown. He had shown some promise in the one meet indoors," Chariho coach Bill Haberek said.

But Clark will be far from an unknown when the next track season rolls around.

Clark earned first-team All-Class B and All-Southern Division in both the 100 and 200. He was unbeaten in the 200 during the dual meet season and lost just once in the 100.

"Ian was an absolute pleasant surprise to the team," Haberek said. "He's just explosive. Plain and simple, he's fast. Unfortunately, the experience of not running indoors might have hurt in some of the bigger meets. Along with Eli Sposato, that gives us two good sprinters for next season."

Sposato, a sophomore, was first-team All-Southern Division after winning the high jump (5-10) and the 400 (51.60) at the league championship meet.

Sposato also scored in the 400 at the state meet, placing fifth. He was the only Chariho runner to score.

Senior Joe Golas was third-team All-Class B in the 800 (2:01.78), and sophomore Noah Dinucci earned third-team Southern Division honors in the pole vault (10-0).

Clark, Sposato, Thompson and Golas were second-team All-Southern Division in the 4x100 (45.69).

Chariho finished 7-2 in the dual meet season and placed seventh at the Class M meet and third at the Southern Division meet.

Athlete of the Week: September 24th

PHOTOS: So much more than just sandcastles!

PHOTOS: Improving the crosswalks and intersections along Granite Street

Letter: We need to unite and take Old Glory back