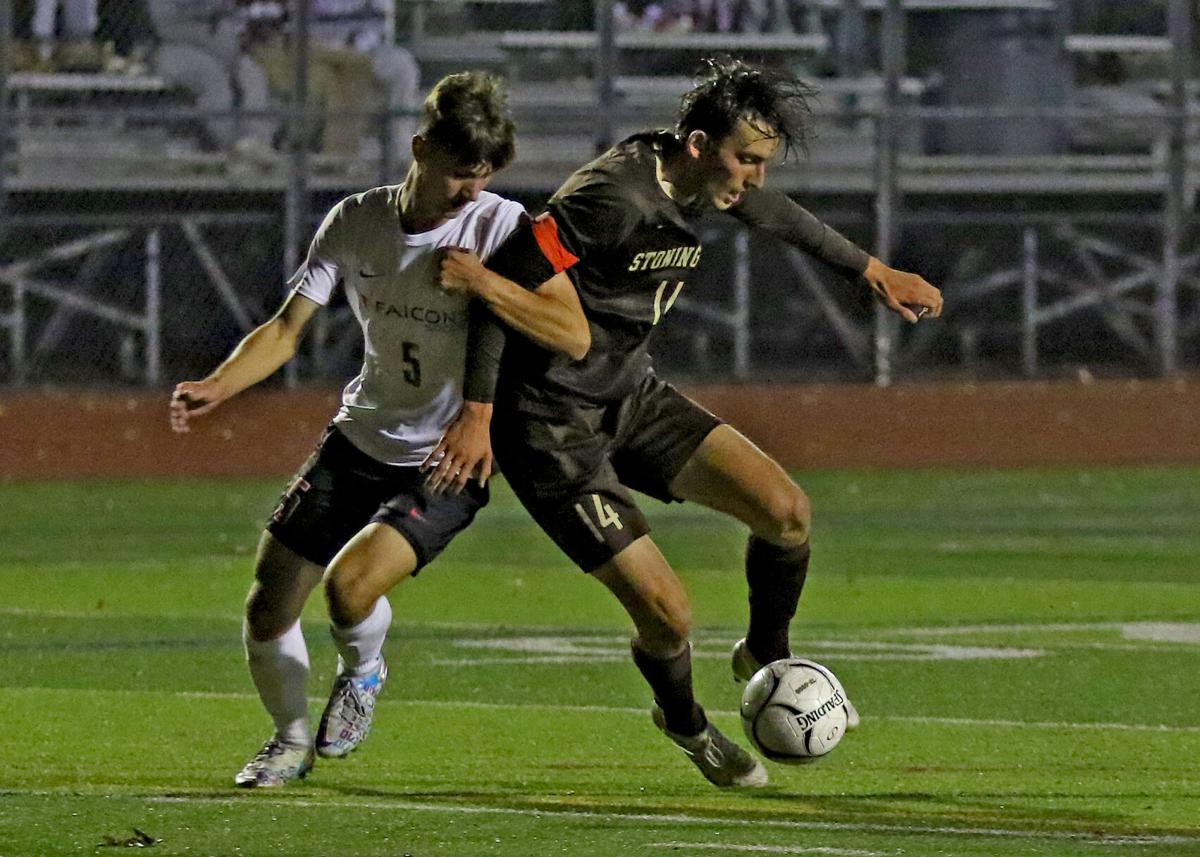 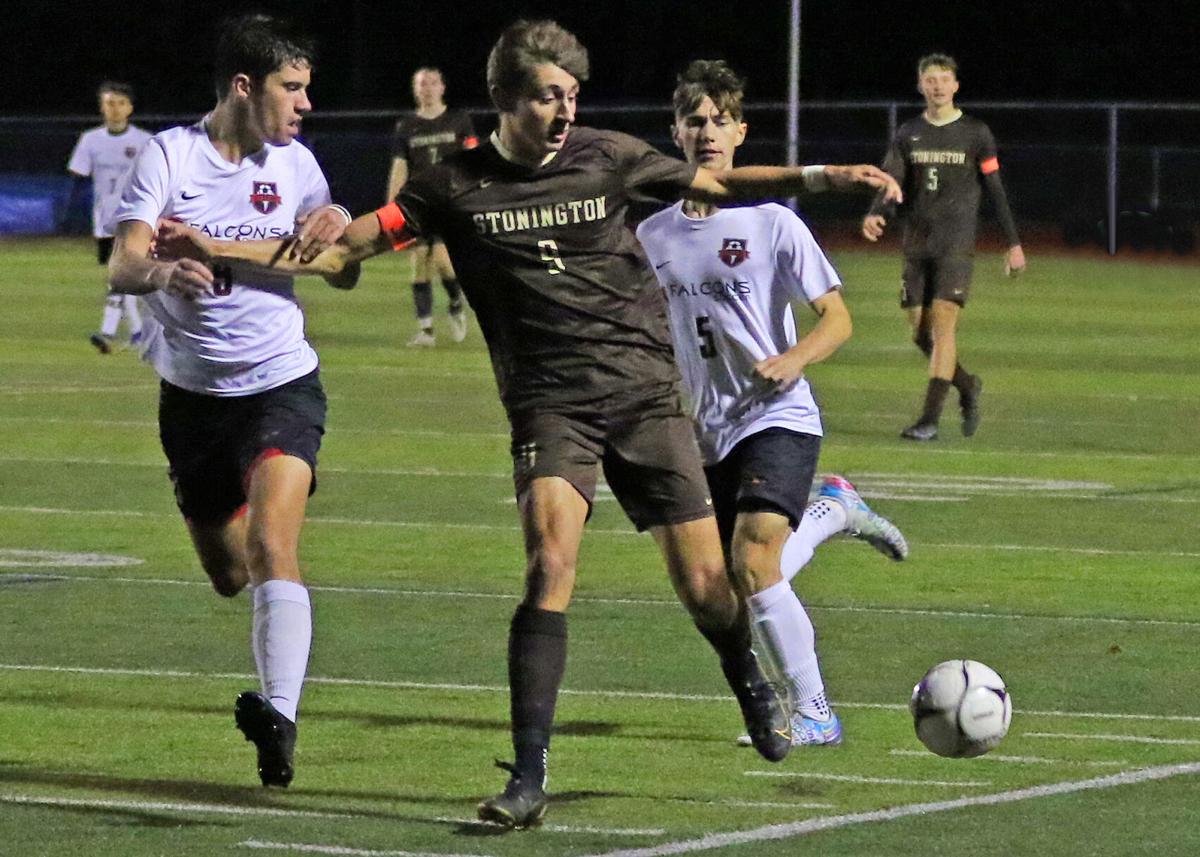 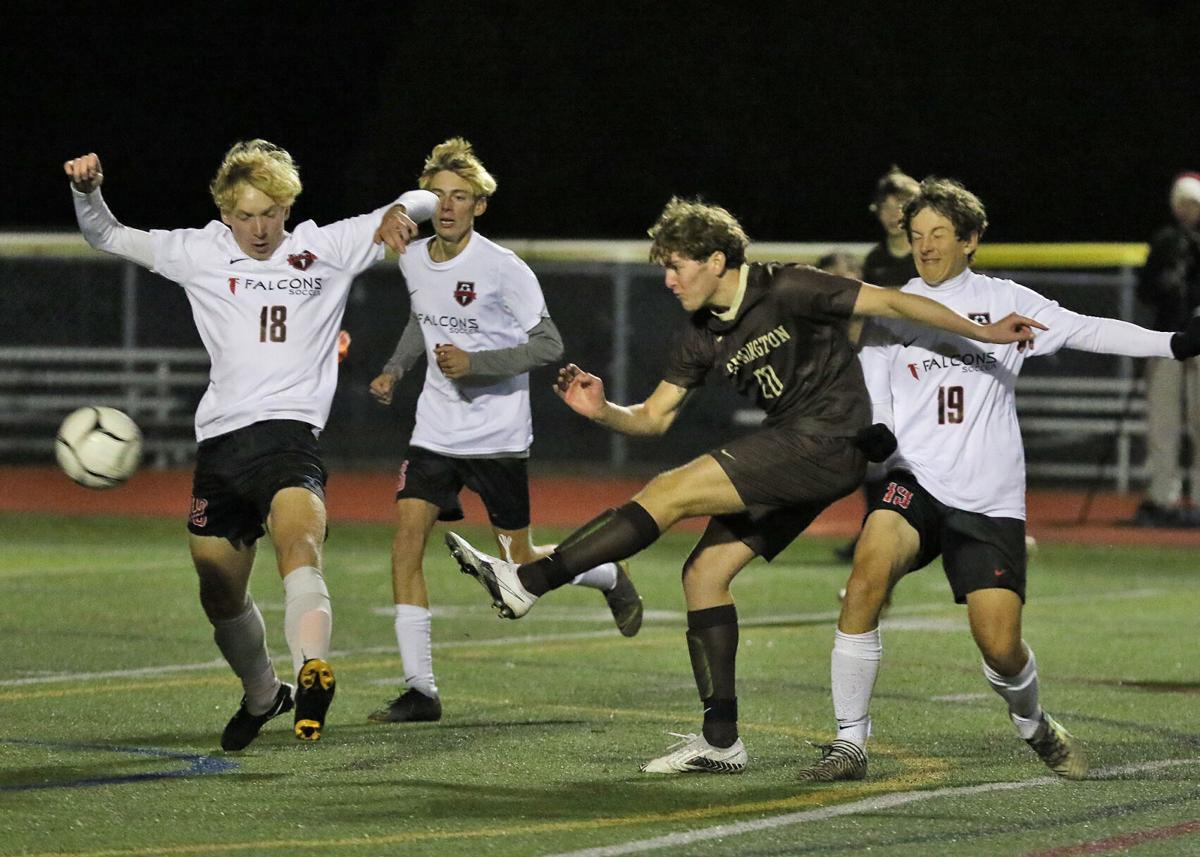 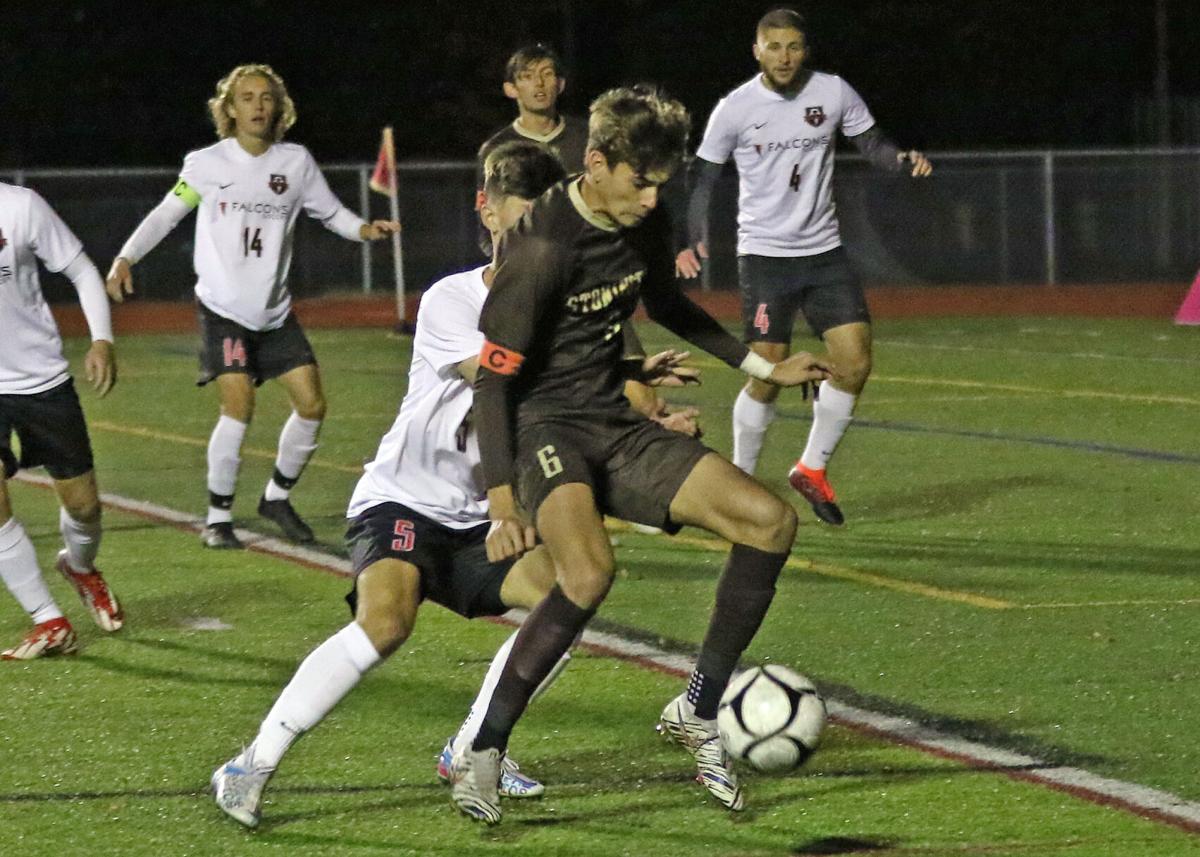 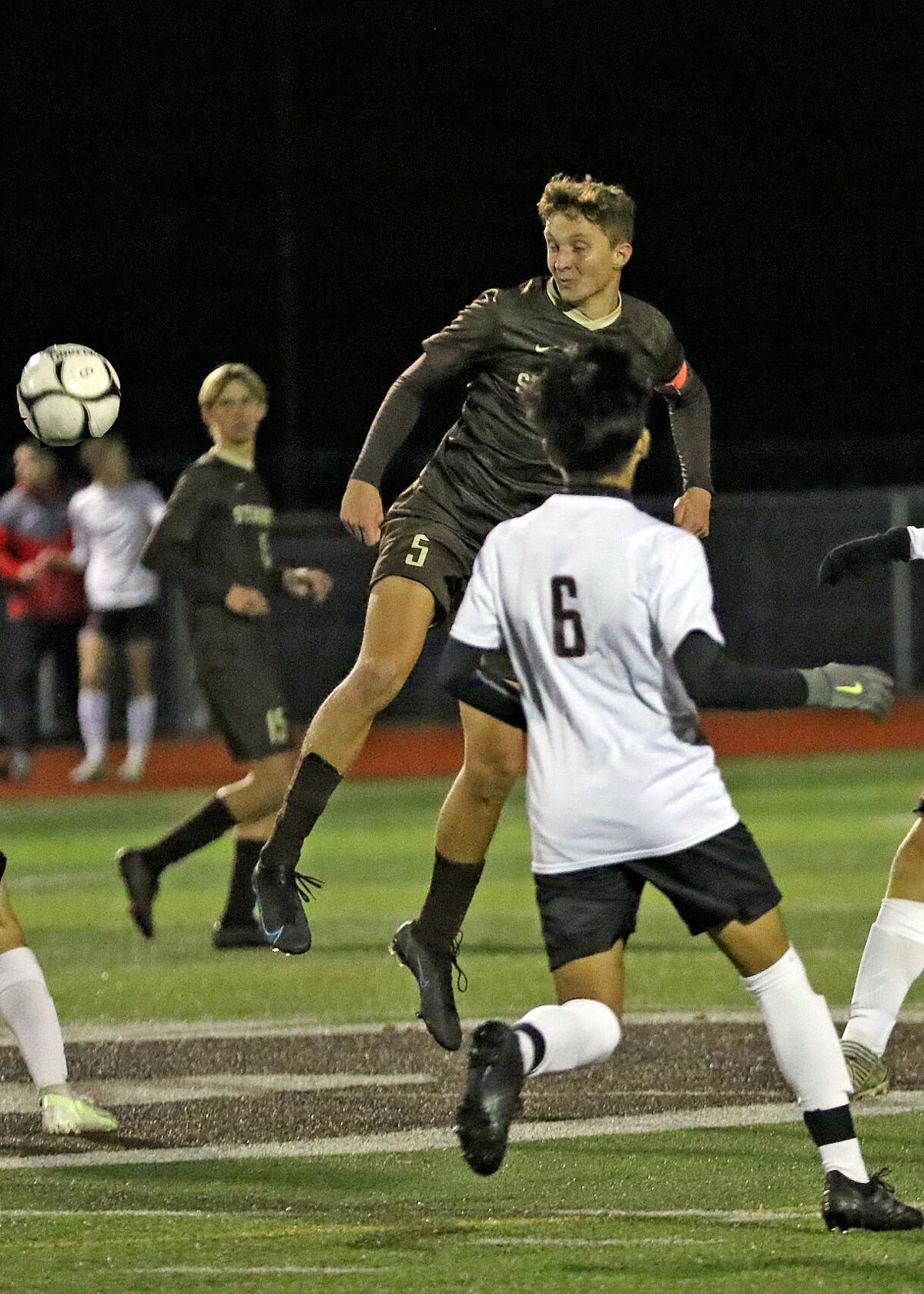 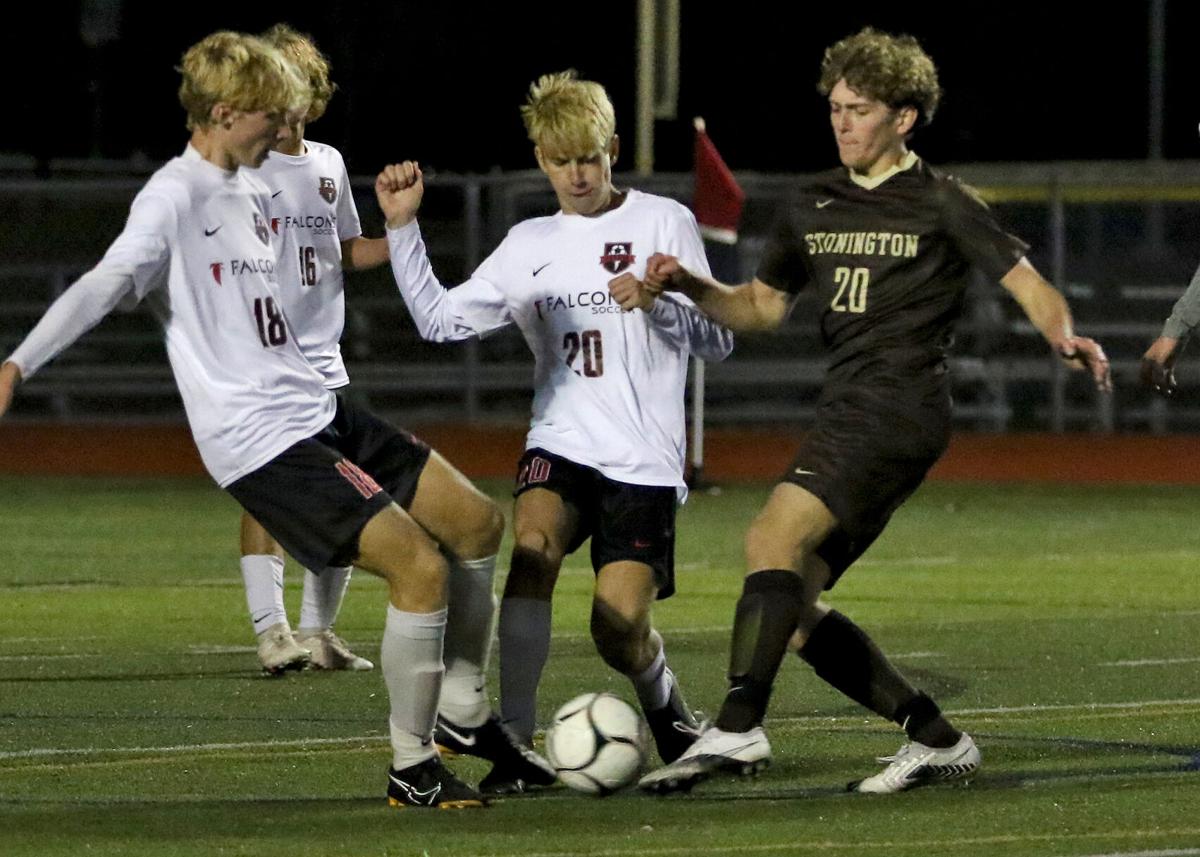 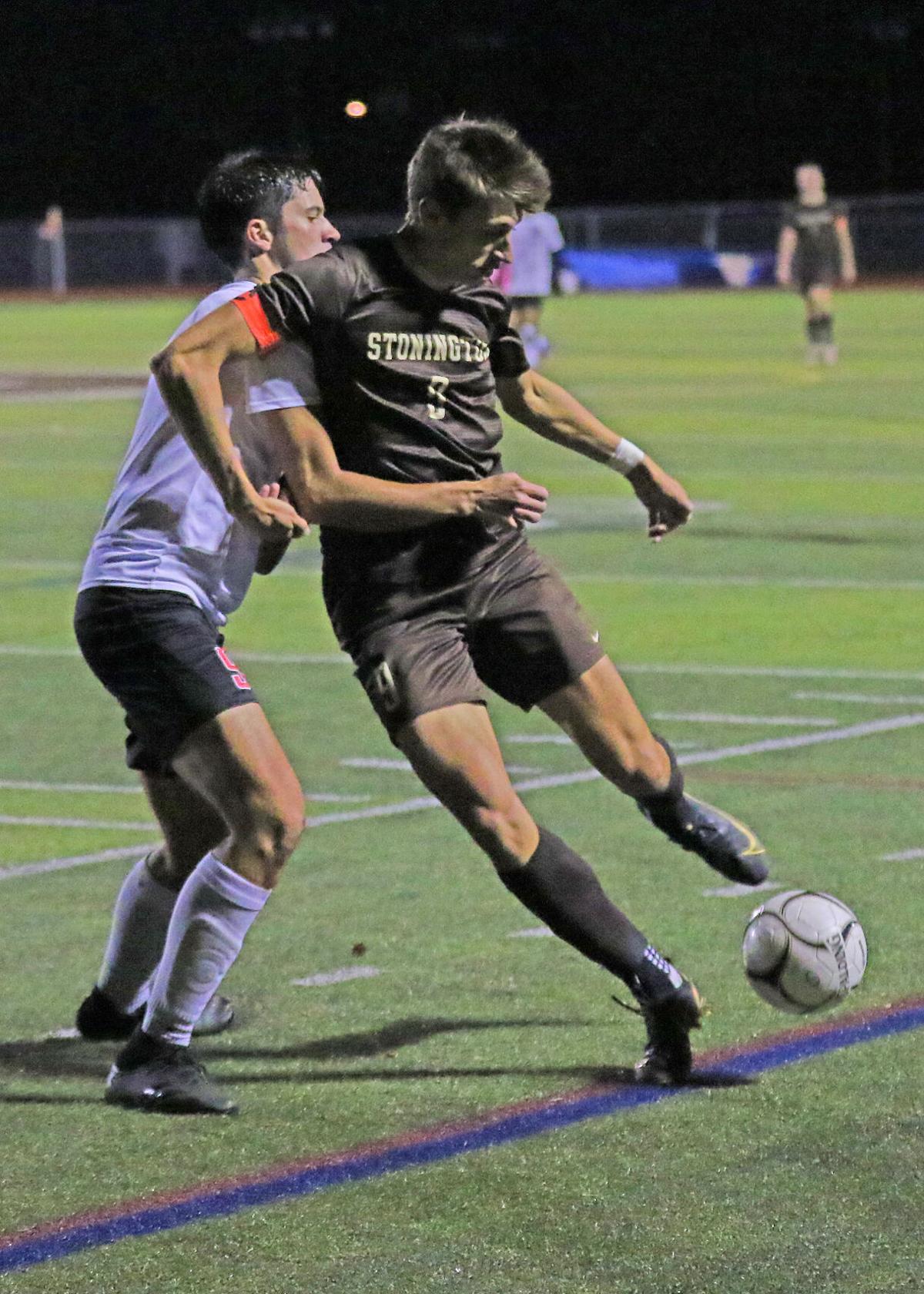 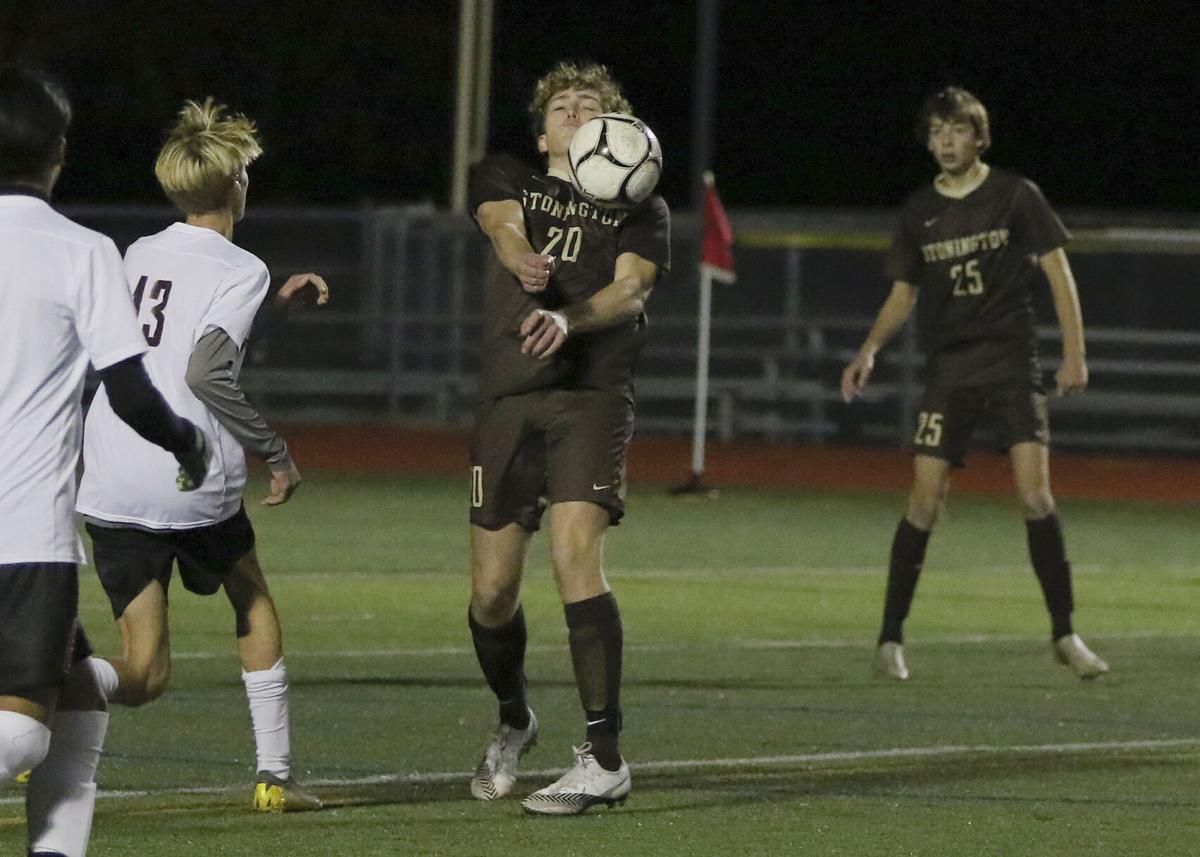 STONINGTON — The Stonington High boys soccer team began what it hopes will be a long postseason run with its 15th straight victory Tuesday night.

Sam Montalto had three goals and one assist to lead the Bears over Fitch, 5-1, in an ECC tournament semifinal at Palmer Field.

Ryan Turner and Dom Morrone also scored for the top-seeded Bears (15-1), who will visit No. 3 Ledyard (14-3) for the title on Thursday. Kickoff at Mignault Field is scheduled for 7 p.m.

No. 4 Fitch (10-6) actually took a 1-0 lead against the Bears courtesy of a Stonington own goal six minutes into the game. But midway through the first half, Turner stuffed home a loose ball in the box and the rout was on.

Montalto scored the next three goals, two assisted by Will Sawin and one on a penalty kick, and Morrone made it 5-1 on a shot from 18 yards out with 9:51 remaining.

The Bears finished with a decided advantages over the Falcons in shots, 10-4, and corner kicks, 6-2. Jesse Pacheco added an assist in the victory.

Stonington next vies for the tournament title, which it last won in 2019, the same year it captured the Class M state crown.

And Ledyard is a familiar opponent. The Colonels dealt the Bears their only loss, 6-2, in the season opener for both teams on Sept. 9. Stonington hasn't lost since, and avenged its only defeat last Friday, beating Ledyard 3-1.

Both teams were ranked in the most recent Connecticut Soccer Coaches Association Class M/S state poll — the Bears fourth, the Colonels seventh.