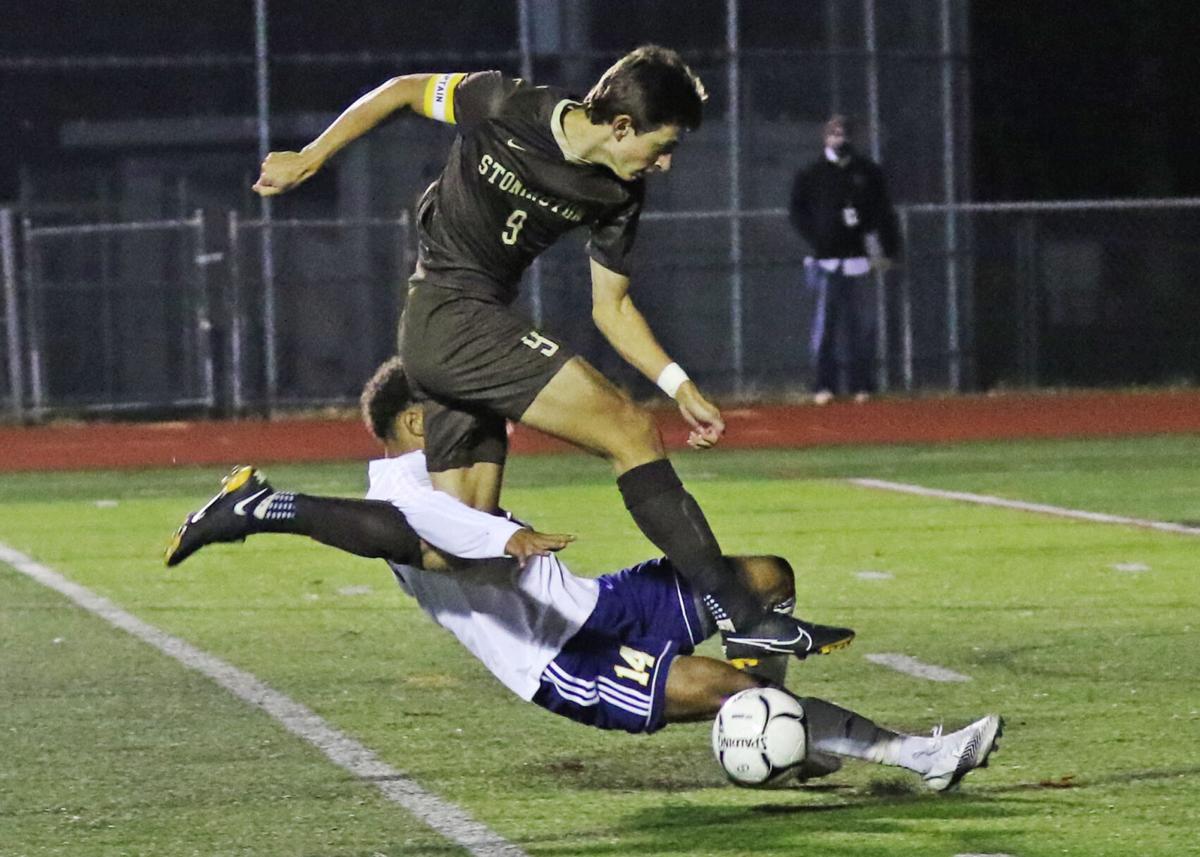 Sam Montalto scored 25 goals in 12 games for Stonington, and was an All-Class M and All-New England pick. | Jackie L. Turner, Special to The Sun 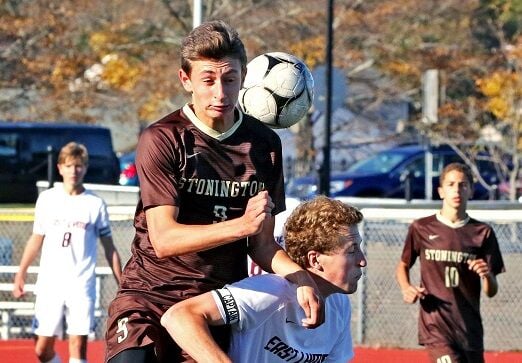 Sam Montalto in action as a sophomore during an October 2019 game. | Harold Hanka, The Westerly Sun 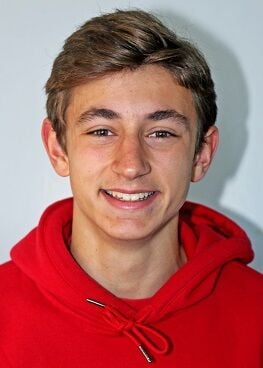 Sam Montalto scored 25 goals in 12 games for Stonington, and was an All-Class M and All-New England pick. | Jackie L. Turner, Special to The Sun

Sam Montalto in action as a sophomore during an October 2019 game. | Harold Hanka, The Westerly Sun

STONINGTON — Stonington High's Sam Montalto was superb during his sophomore year, in 2019, for the school's boys soccer team.

The 6-foot-2 striker scored 33 goals and was a big part of the Bears' 19-0-2 season that resulted in the Class M state title.

But he might have been even better in 2020. As a sophomore, Montalto averaged 1.5 goals per game. This past fall, as a junior, he averaged just over two goals a game, scoring 25 times in just 12 matches in a season that was abbreviated due to the coronavirus pandemic.

If the pandemic didn't exist and the Bears had played their normal regular season and a game each in the ECC and Class M tournaments, Montalto would have scored in the neighborhood of 35 goals.

Of course, goals are harder to come by in the postseason and such projections don't always hold up. But one thing's for certain, Montalto was a force again for Stonington.

He was ranked the No. 1 player in the league by the coaches and earned All-New England and All-Class M honors. The ECC did not hand out postseason awards this season due to the pandemic.

"Obviously, his size and pace make him difficult to contain," Stonington coach Paul deCastro said. "He had nice players around him who put him in dangerous situations. If it's on the ground or over the top, teams have to be aware of him at all times. And he strikes the ball well with his left or right foot."

And teams were very aware of Montalto.

"As the season went on, teams spent a lot of time man marking him, and we moved him out wide to create space for other players. [Will] Sawin and some other players were able to create. It shows he's not a selfish player and he learned quite a bit about movement off the ball.

Montalto has 69 career goals and surpassed Joey Ponte as the top goal scorer in school history. Ponte, who graduated in 1989, scored 63 during his career.

Montalto also became more adept at playing the ball into space and then running onto the ball, deCastro said.

Montalto is already attracting the attention of Division I schools. Coach deCastro, who played Division I soccer at the University of Vermont, said Montalto still has aspects in his game that need refinement.

"He needs to get better at holding the ball and work on keeping possession," deCastro said. "And he needs to work with his movement off the ball and improve a little bit in the air."

This is the fourth season the Bears have produced an All-New England player. Tyler Fidrych received the honor in 2019, Jamison Magowan and R.J. Parrilla in 2018, and Cam Whalen in 2017.

Senior Owen Lindenmayer was the recipient of the ECC sportsmanship award for the Bears. Senior Elias Dahl was the ECC scholar-athlete award winner.

Stonington finished the season 11-1, but did not play in the finals of the regional tournament after a positive COVID-19 test on the team.

Stonington is 68-5-3 over the last four seasons.

"We got 95% of our games in," deCastro said. "We were disappointed not to play that game against Ledyard. We were happy to get the games we got in."

PHOTOS: Young sailors out on the river