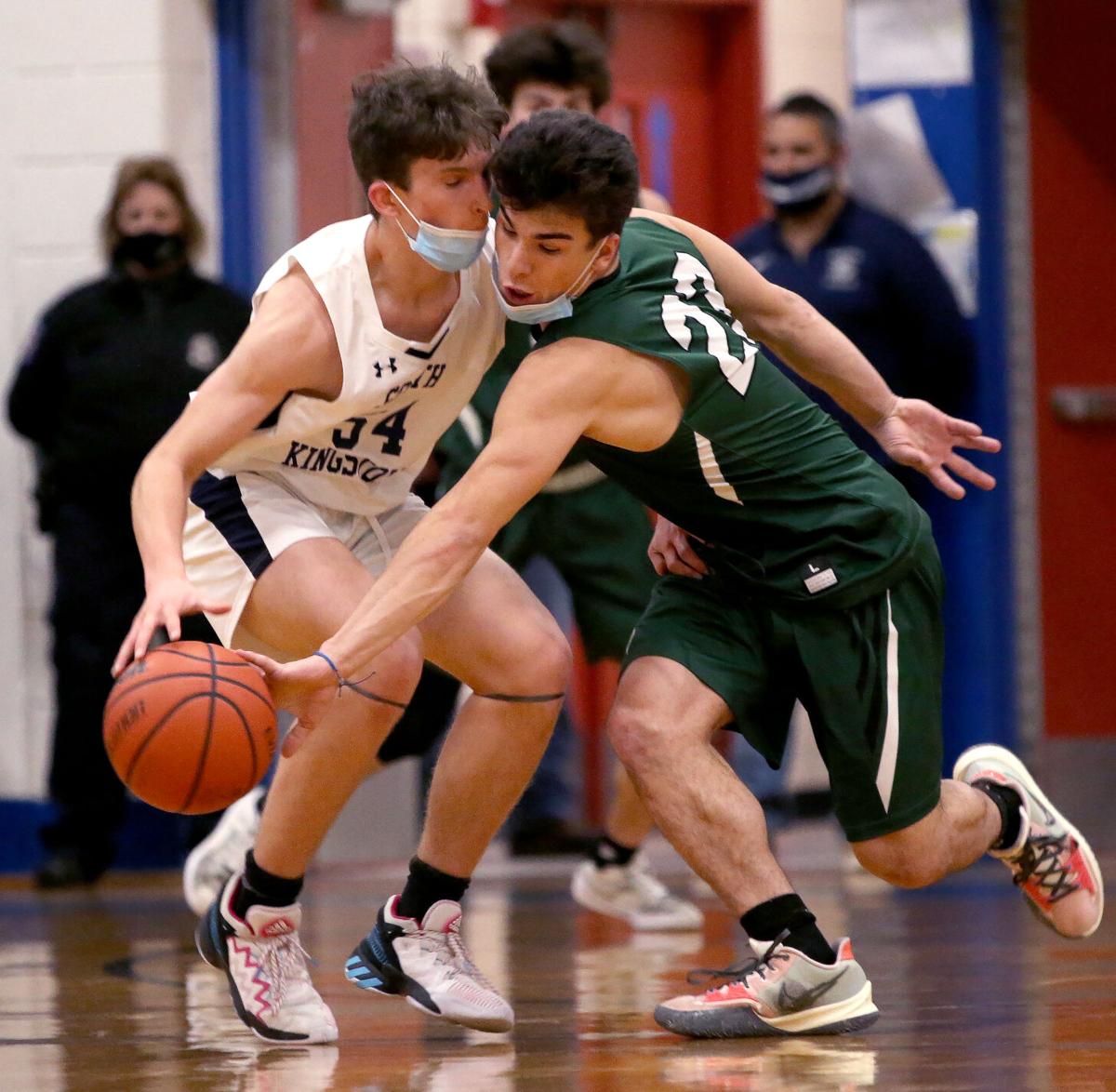 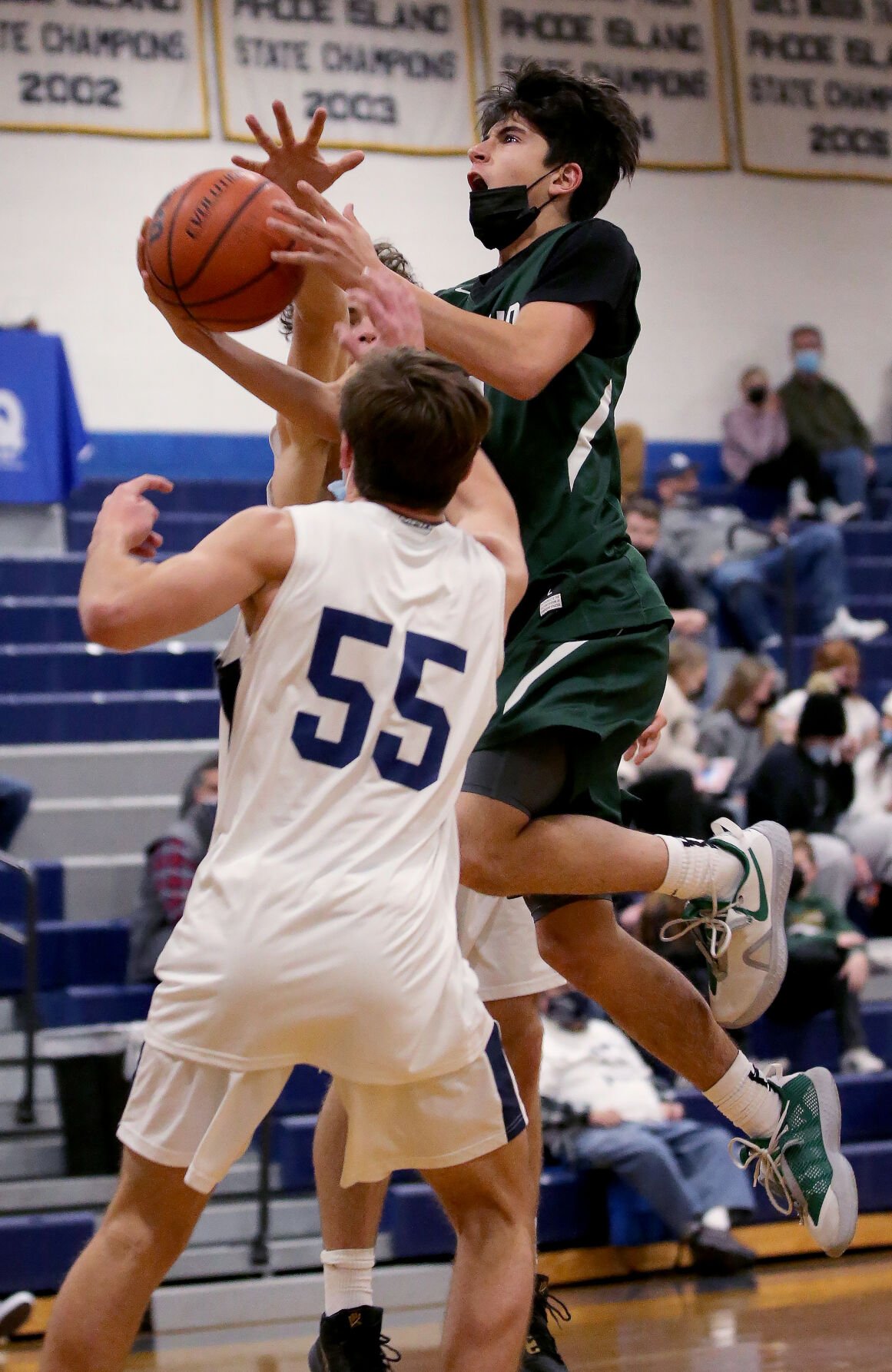 Chariho’s Chris Niziolek drives to the basket against South Kingstown during the first half in the 2021 Annual WCCU Holiday Basketball Tournament, Monday, Dec. 27, 2021, at Westerly High School. | Tim Martin, The Westerly Sun

Chariho’s Chris Niziolek drives to the basket against South Kingstown during the first half in the 2021 Annual WCCU Holiday Basketball Tournament, Monday, Dec. 27, 2021, at Westerly High School. | Tim Martin, The Westerly Sun

WESTERLY — Holiday basketball tournaments are a lot like opening gifts on Christmas morning: You have a general sense of what you’re going to get, but you’re always on the lookout for a surprise.

Chariho High gift-wrapped one such surprise on Monday evening, taking down South Kingstown in a decisive 80-54 victory in the opening boys game of the Westerly Community Credit Union Holiday Tournament.

“Eighty points in a game two days after Christmas is pretty tough to do,” Chargers coach Corey Downey said. “These games usually go [to final scores like] 54-52. I was very pleased with the offense tonight.”

Tyler LaBelle was the driving force behind the high-powered offense, scoring a game-high 22 points, including three 3-pointers. Logan Smallridge caught fire in the second quarter to complement LaBelle’s steady scoring. Smallridge scored all 12 of his points on second-quarter 3-pointers.

“We got Tyler some good looks, and Logan had a big first half,” Downey said. “He’s a good shooter. We were able to find the right guys in the right spots.”

LaBelle, a junior, is carrying on the family legacy of athletic excellence at Chariho. Older brothers Dan and Dylan were standouts on the basketball team, and now it’s the youngest LaBelle’s turn to lead a Charger basketball squad.

“This is the last one,” Downey said of the steady stream of LaBelle talent that has come through the program. “He’s a good player. He’s working on attacking more, finding the right space in the zone for open shots. He really worked on that in the past week and you saw the results of that tonight.”

The Rebels were short-handed for the contest, with just eight players dressed for the contest. COVID concerns limited their numbers, and also knocked out the junior varsity game that was supposed to kick off the festivities Monday afternoon.

SK actually led after the first quarter, a 16-14 advantage that it had secured on a pair of quick 3-pointers from Declan Wholey. A 2-3 zone look from the Rebels on defense momentarily slowed the Charger offense, but a 30-point third quarter was more than enough to force SK back into a man-to-man look.

“We’ve struggled with it this year, too,” Downey said of facing zone defenses. “I thought we did a good job of getting into the paint and then kicking it out. We always talk about getting paint touches before we take that quick shot.”

Paint penetration created open looks around the perimeter, and the Chargers were a tidy 7 of 17 (41%) on 3-pointers in the first half. They finished the contest 9 of 23 (39%) from beyond the arc.

Jeremiah Graham helped to round out the offensive attack. He scored 10 points and it was often his drives that created the space that Downey noted.

The Chargers (2-2) not only took down the Rebels (2-3), but they’ve set themselves up for a chance at an early-season trophy. They will play tournament host Westerly for the WCCU crown on Wednesday at 8 p.m. The Bulldogs defeated Stonington, 61-49, in Monday's second game.

“To all the alumni who come out, [players’] friends come out to support, it’s great,” Downey said of the annual tournament at Federico Gym. “It’s also nice to have something to play for. We really wanted to play for a championship, in front of a bigger crowd and a big atmosphere. That will help us moving forward.”