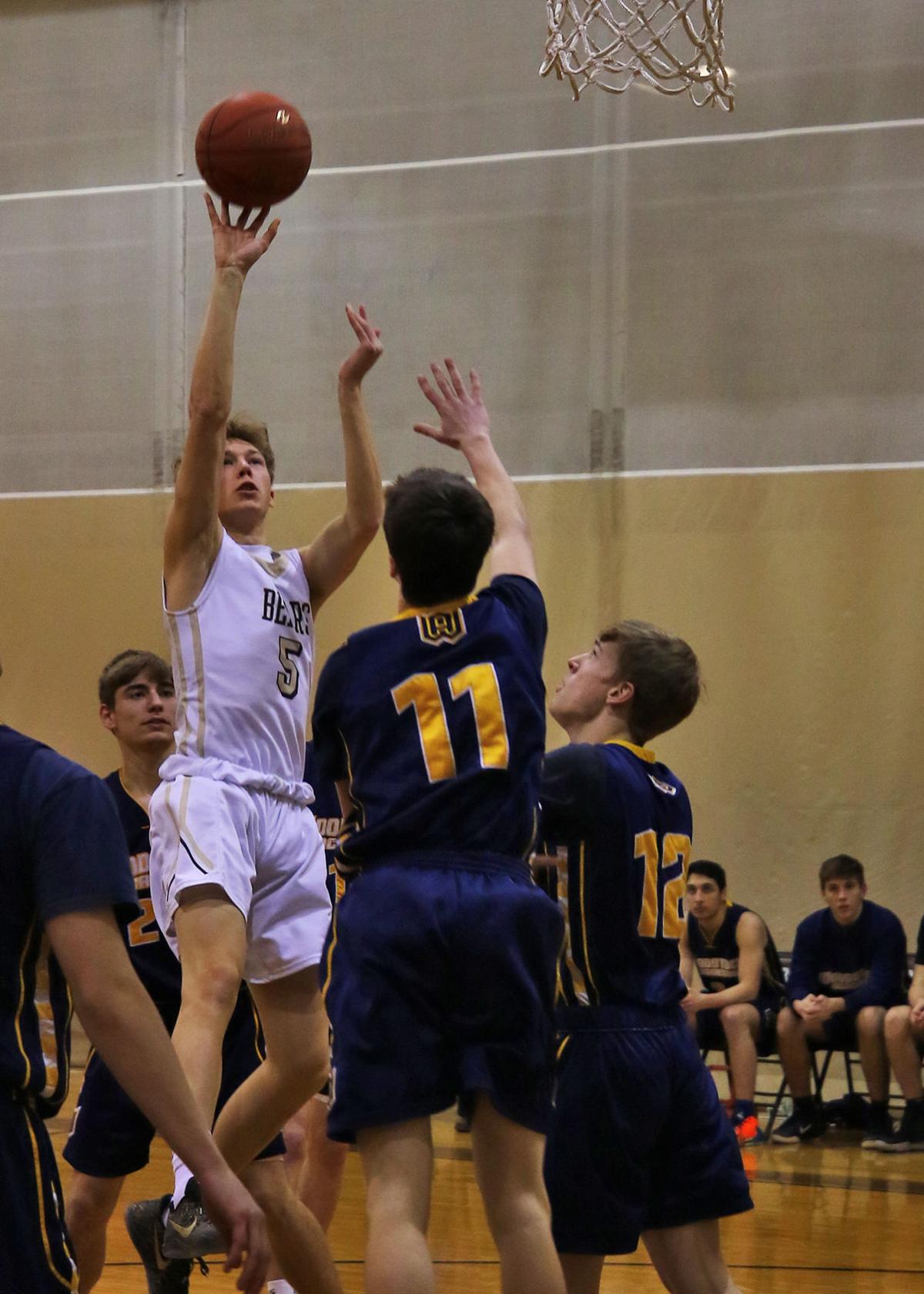 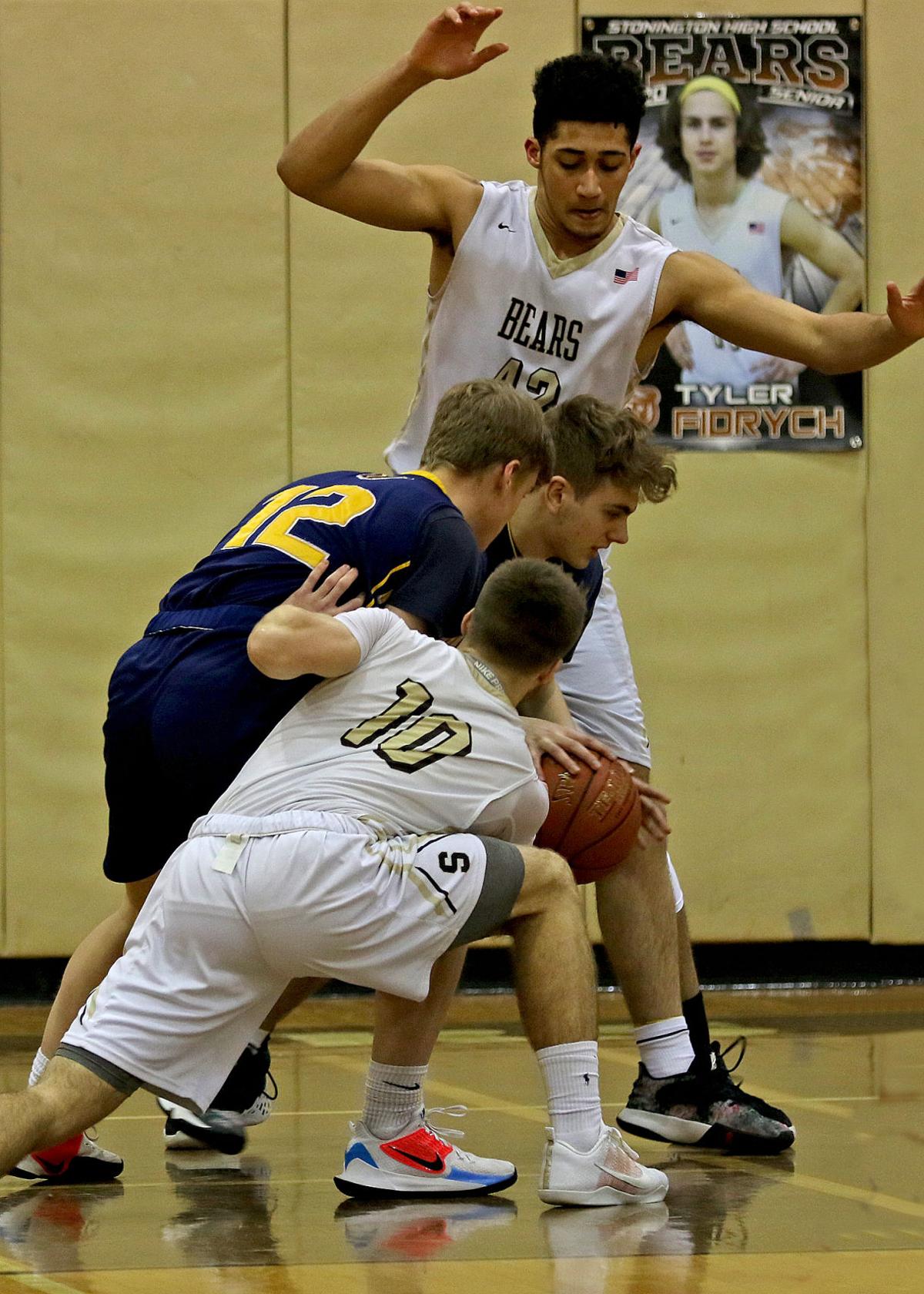 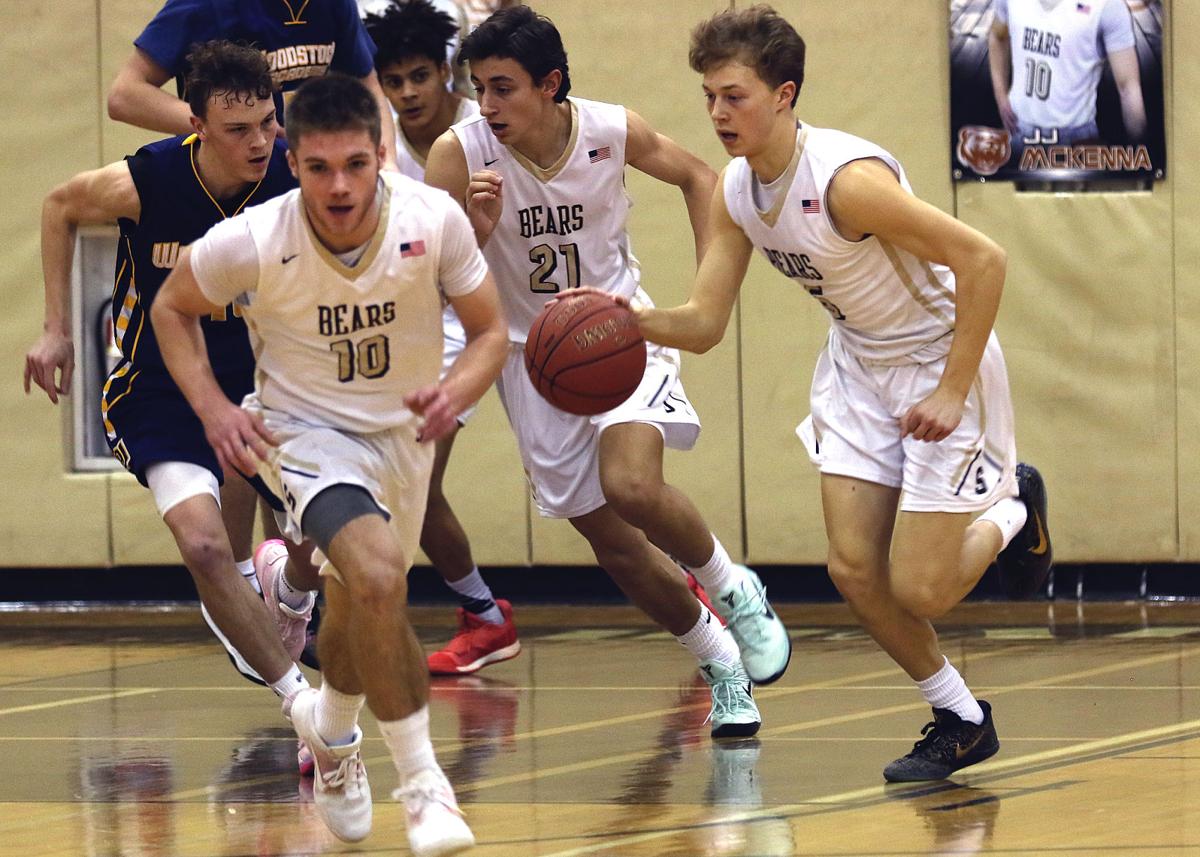 Zach Scott pushes the ball up court for Stonington as teammates JJ McKenna (10) and Sam Montalto (21) get out on the fast break in the first quarter against Woodstock Academy. | Jackie L. Turner, Special to The Sun 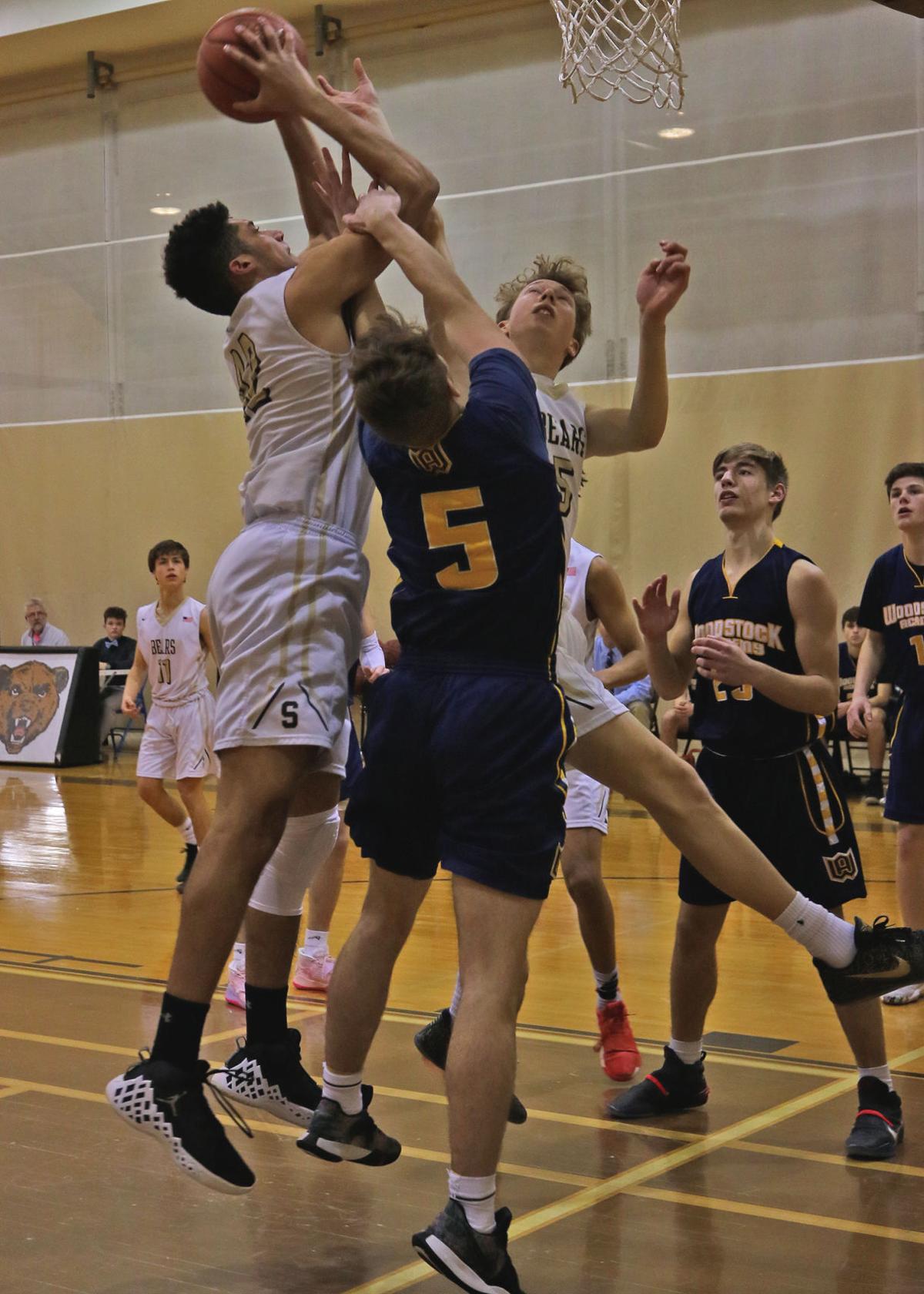 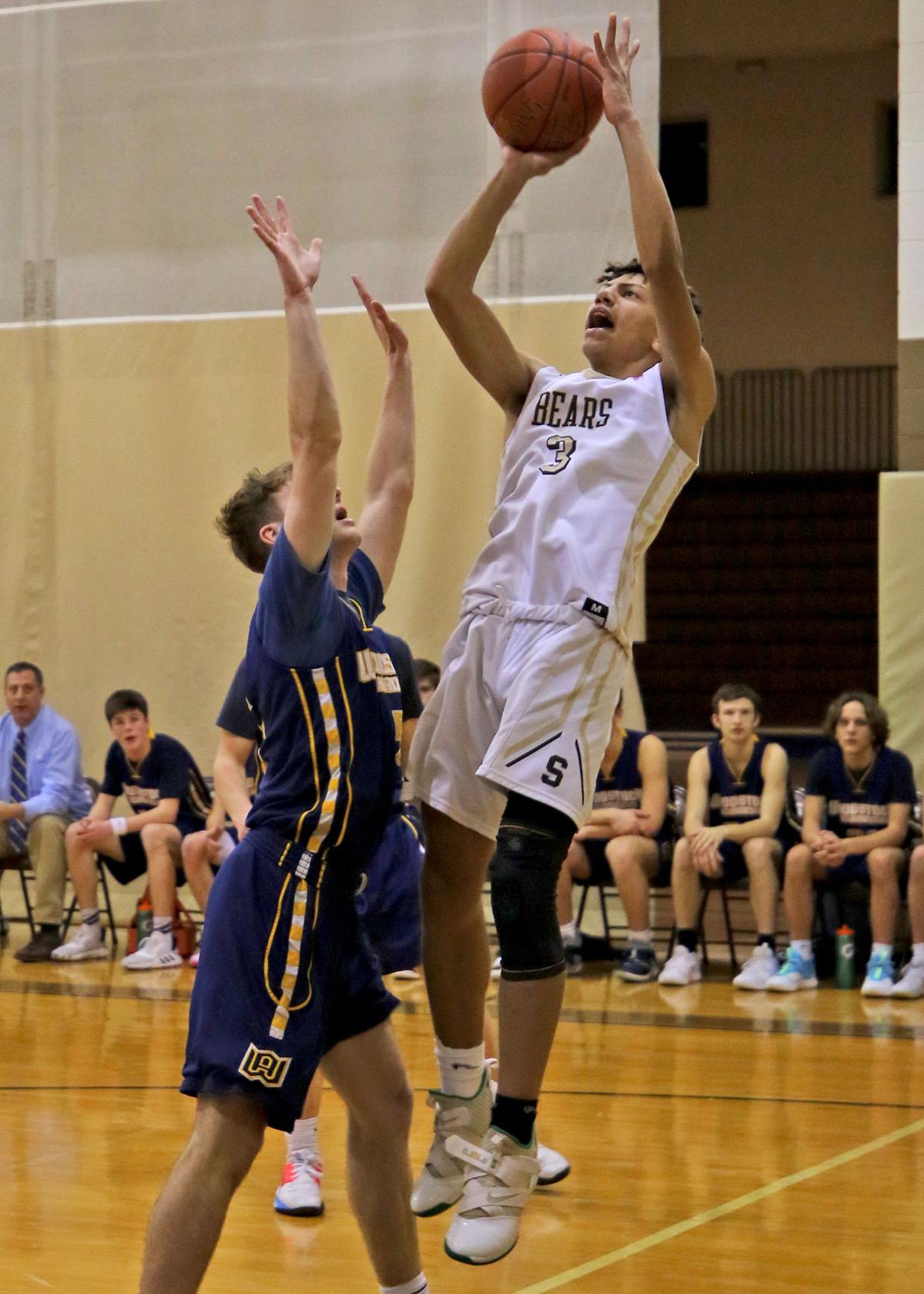 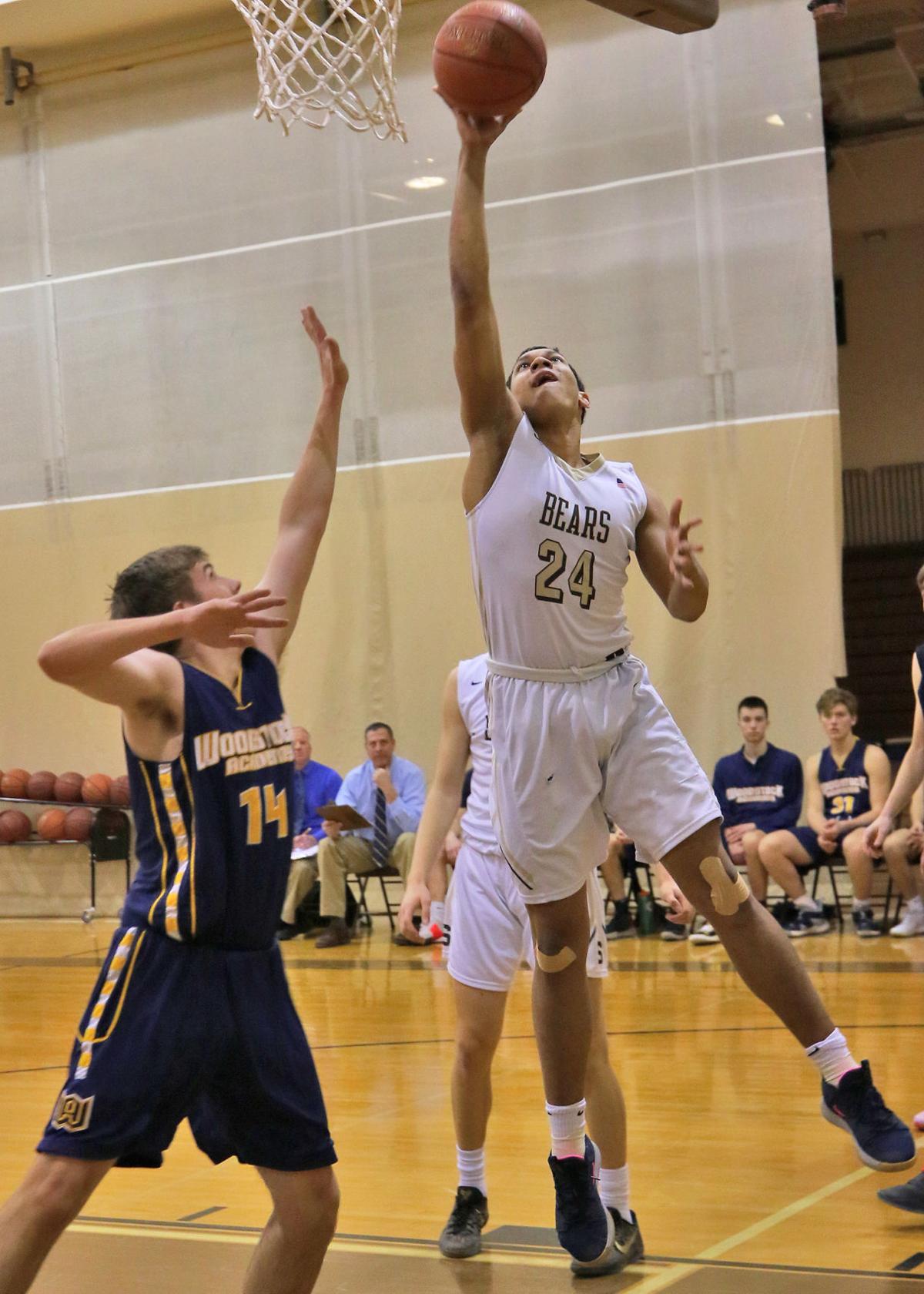 Zach Scott pushes the ball up court for Stonington as teammates JJ McKenna (10) and Sam Montalto (21) get out on the fast break in the first quarter against Woodstock Academy. | Jackie L. Turner, Special to The Sun

The Bears sought revenge against ECC Division II rival Woodstock Academy after a loss in mid-January, and they got just that — in a big way.

And on Senior Night, to boot.

"We circled this one the calendar," Bears coach Jay Wosencroft said. "We wanted this one. That was a tough day, a long day (Stonington lost to Woodstock 66-62 on Jan. 11). The game got moved to a different gym. It was just a confusing day.

"We got back and we looked forward to playing them again."

Senior Zach Scott scored a game-high 27 points, including four 3-pointers, grabbed nine rebounds and had three steals for the Bears, who led 32-17 at halftime and 53-27 after three quarters.

"He's really starting to hit his stride here late in the season," Wosencroft said of Scott, "which we desperately need."

Ayden Morrison, also a senior, had 15 points and six rebounds, and Dorian White was a force on defense, Wosencroft said.

"They got after it in this one. They really wanted it," the coach said. "Defensively, we smothered them. Dorian led the charge defensively at the top of the press, and we kind of just rolled."