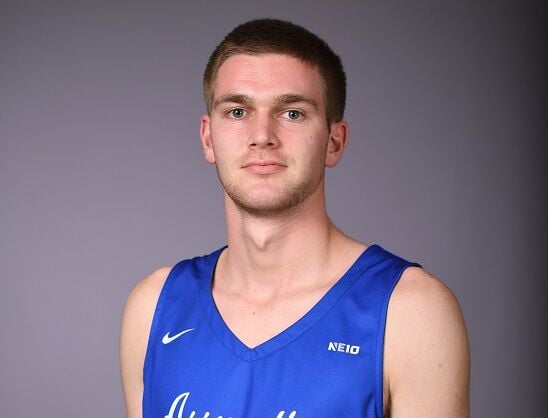 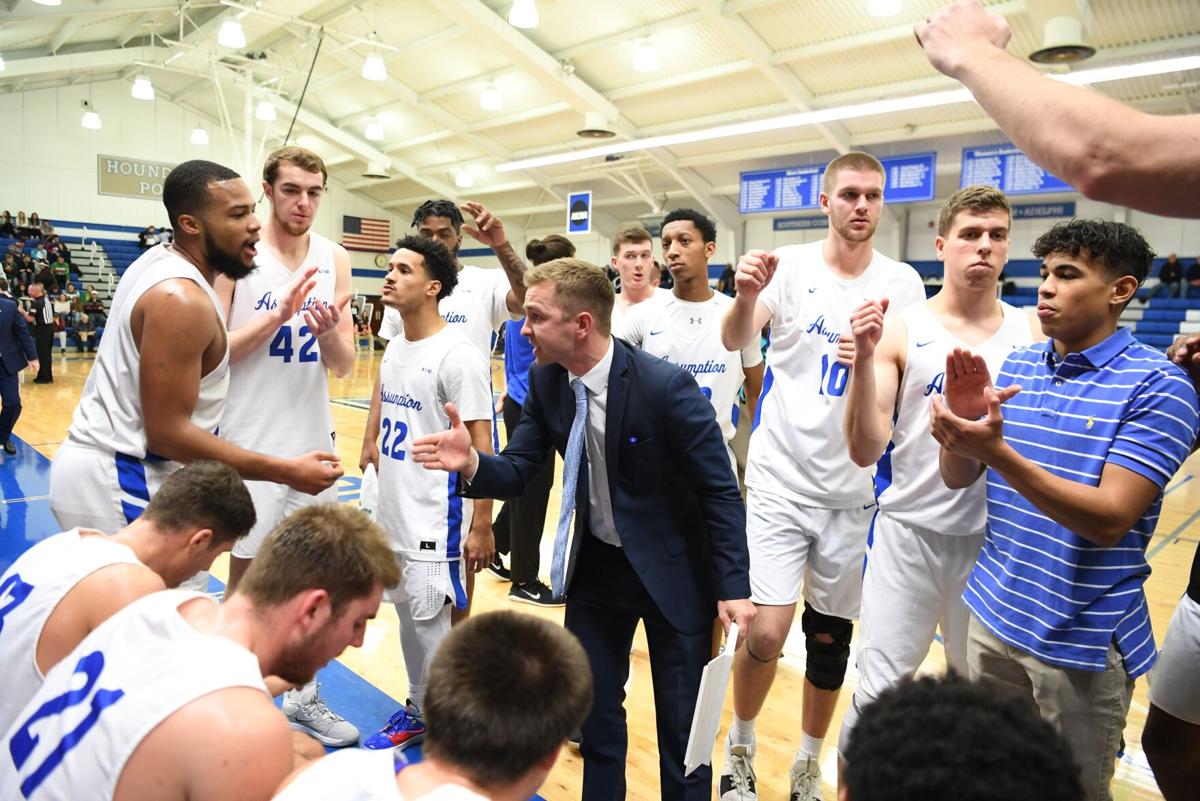 Dave Tiedemann (10) looks on during an in-game huddle last season. Tiedemann was bothered much of the year by a sprained knee. | Photo courtesy Assumption University

Dave Tiedemann (10) looks on during an in-game huddle last season. Tiedemann was bothered much of the year by a sprained knee. | Photo courtesy Assumption University

The former Westerly High standout wants to finally show what he can do at Assumption University.

From redshirting to going through a coaching change to spraining his knee, Tiedemann has dealt with his share of adversity in two years at the Division II school in Worcester, Mass. Now he's ready to join the Greyhounds rotation and produce on the court.

"It's definitely been one of the hardest things that I've been put through," he said of his collegiate experience to this point. "But sitting here now I'm very happy with how it's been turning out. I've committed to the process of the whole thing. I knew it wasn't going to be easy, I knew it was going to be hard, but I'm starting to see the hard work paying off."

At Westerly, Tiedemann was a towering presence at 6-foot-7 (although his size was somewhat offset by a rail-thin frame). His athleticism and scoring ability — notably a feathery outside touch — helped the Bulldogs to the Division II semifinals and a berth in the state tournament his senior year. He averaged 15.9 points and 7.3 rebounds, and was a second-team All-Division II selection despite missing the first seven games of the season with an injury.

But the first thing he had to learn upon graduating from Westerly in 2018 was patience — it was decided he would redshirt his first season with the Greyhounds. He could practice with the team but couldn't play against outside competition while retaining four years of eligibility.

"It's a mental grind," Tiedemann said of sitting out for an entire season. "You want to get out there and play. It's a hard pill to swallow, but I just had to commit myself to the team and the process."

Part of the process was developing his body for the rigors of the college game. Tiedemann always had the height. He just didn't have the weight to match, a meager 170 pounds when he arrived at Assumption, he said.

Enter the college life, which revolved around four things: academics, basketball, weightlifting and eating. Other than his dorm room and classrooms, he spent all his time in the gym — and the cafeteria.

"At the dining hall there's unlimited food," he said. "That was huge for me. It was two hours of practice, lift after that, then I could eat as much as I want. That was the biggest thing for me. For me, I just needed to eat, eat, eat. It was more about quantity."

While building his body, Tiedemann built his skill set as he adjusted to college basketball and prepared for his next four years of eligibility.

"In Westerly, the game came to me a lot differently than in college," he said. "In Westerly, I was always one of, if not the, best players on the court. You quickly realize that's not the case in college. You quickly realize there are many guys who have more talent than you, who are bigger than you, and trying to find my role on the team — understanding my strengths and weaknesses, what I can do to contribute to the team — was the hardest lesson I learned that year."

Tiedemann then saw the Greyhounds make a coaching change when the season ended with an 8-20 record, leading to some anxiety on his part. New coaches generally bring in a new system and like their own recruits. Where did Tiedemann, a redshirt, fit in?

But after meeting the coach, Scott Faucher, and his staff, Tiedemann said his fears were put at ease. Two others who redshirted with Tiedemann ultimately transferred from Assumption. He stayed.

"It was definitely interesting," Tiedemann said. "For players with new coaches, it's kind of a make-or-break year. But I went in with an open mind. We had to all buy into a new process, and I trusted them. They're great guys. If you watched our season before and after they arrived, it's totally different. They turned the program around."

But first, there was more angst and aggravation. Last August while playing in a summer league, Tiedemann sprained the MCL in his left knee.

New coach, new system, his first year of eligibility on the horizon and a preseason in which to fight for a meaningful role on the team ... and Tiedemann was out for two months. He wound up playing in just eight games as the Greyhounds improved to 14-12.

"I came back to practice after Columbus Day," he said. "It took a month to get my mind off [the knee] after that. After December I got healthy and started playing my best basketball. ... As the year went on I could see myself fitting into the program better so I'm really looking forward to next year."

Not long after the season ended, Tiedemann was back home when the COVID-19 pandemic closed college campuses in mid-March. Initially, he worked out in his basement, did some running in the neighborhood and took part in team workouts via Zoom. Since gyms have reopened, he's been working out with Derek Vacca at Precision Fitness and Justin Gwaltney at Premier Physical Therapy.

He's bigger now, about 6-8, 200, he said, and his goals for 2020-21 are to maintain his grades (he holds a 3.6 GPA as an accounting major), earn a spot in the Assumption rotation and help the team reach the Northeast-10 Conference Tournament.

Looking back, he said redshirting was "probably the best thing that could've happened" for his basketball career: "Now I can use that eligibility so when I'm 23 I'll be a fifth-year senior."

And he's definitely excited about the future.

"I think my game's developed enough and I've put on enough weight and gotten strong enough to make a difference," he said.

"I just can't wait to get back on that court at Assumption."