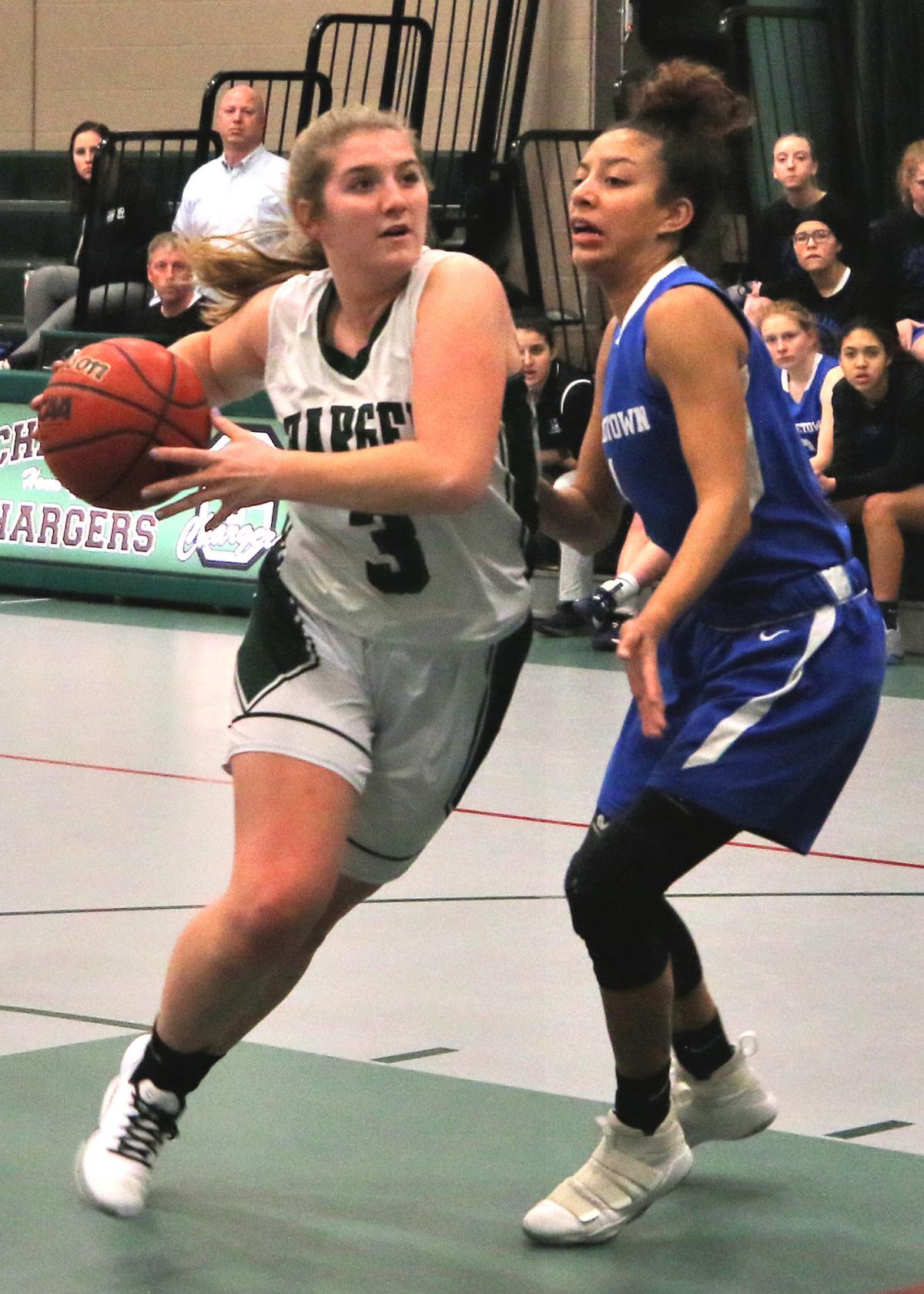 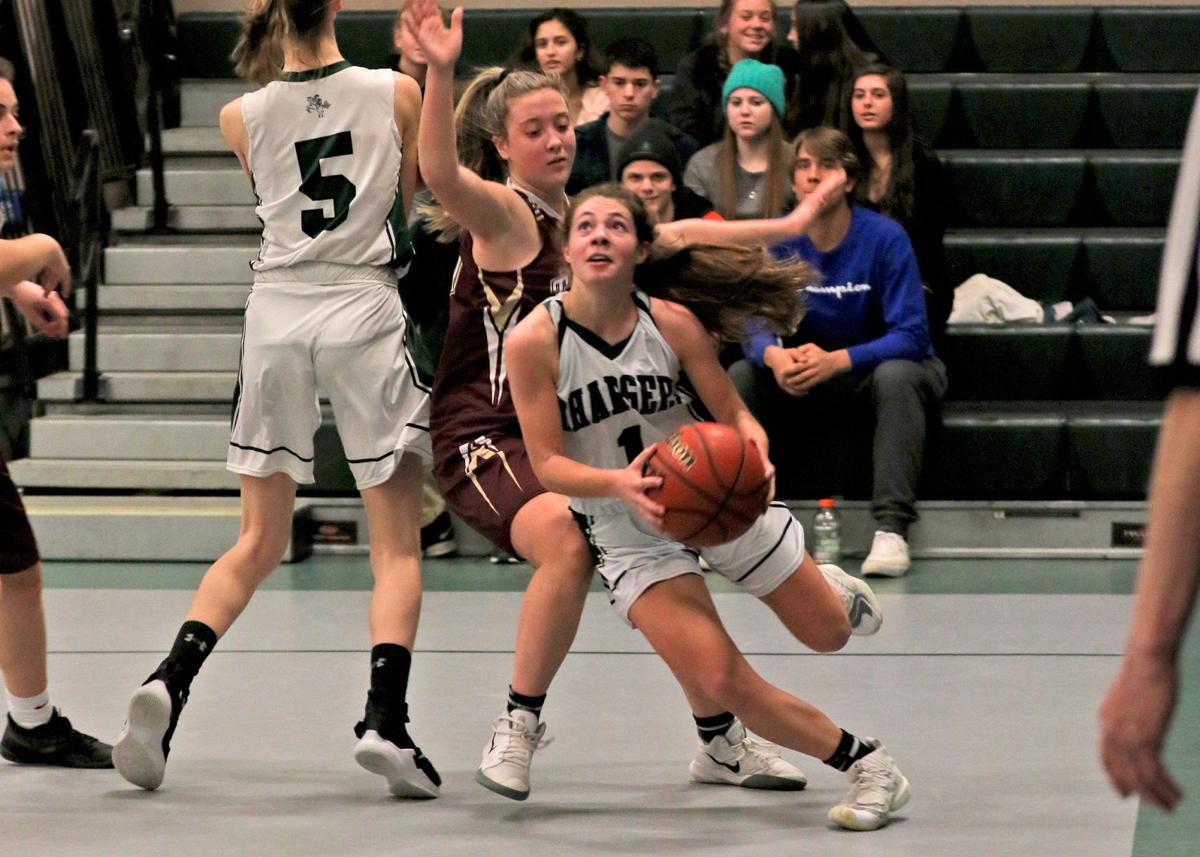 Chariho’s Spencer Shiels uses a screen by teammate Hanna Dias (5) to get to the hoop against Tiverton. | Jackie L. Turner, Special to The Sun 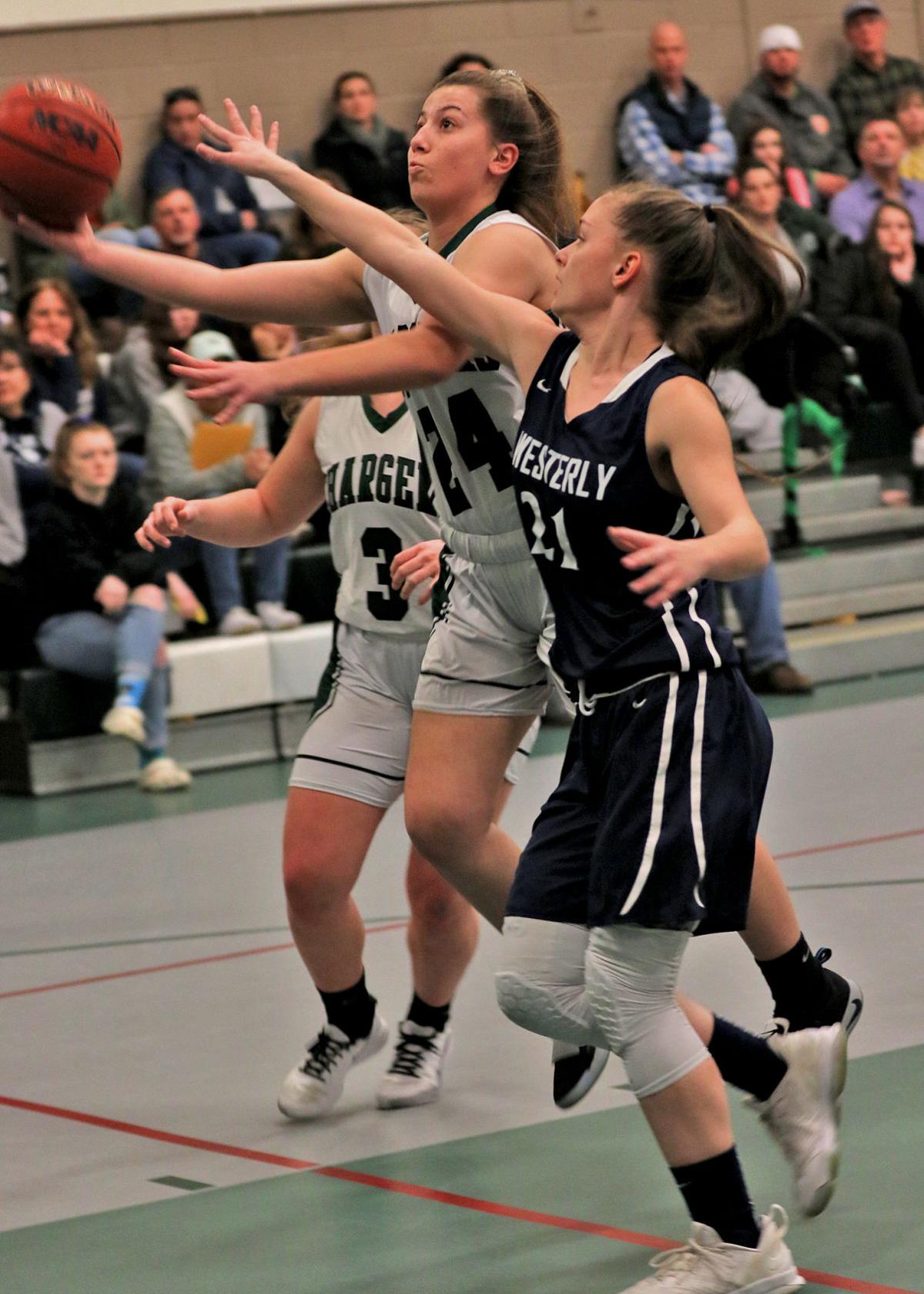 Chariho’s Lucie Willett lays one up against Westerly. | Jackie L. Turner, Special to The Sun

Chariho’s Spencer Shiels uses a screen by teammate Hanna Dias (5) to get to the hoop against Tiverton. | Jackie L. Turner, Special to The Sun

Chariho’s Lucie Willett lays one up against Westerly. | Jackie L. Turner, Special to The Sun

WOOD RIVER JCT. — Chariho High's Kate Powers and Spencer Shiels could not be more different in what they provide for the school's girls basketball team.

Powers is a 5-10 senior forward who plays around the basket. She relies on her strength and power to get off shots when she is getting hounded. She is a good jumper who often comes down with offensive rebounds by tipping the ball to herself before gaining possession.

Shiels is a 5-0 junior guard who relies on her quickness and speed to score in transition and drive by her defender to get to the hoop. She is the team's top 3-pointer shooter with 35 and has 94 for her career. Powers, meanwhile, had one 3-pointer in her career.

"Physically, she was strong and coordinated. And she knew where she needed to be, to be successful on the floor," Chariho first-year coach Chris Piasczyk said. "She was able to maximize her physical talents. And she was tough as nails."

"Quite frankly, she overpowered a lot of people," Piasczyk said. "In the locker room, she was a great leader. She has great empathy. She wants all of her teammates to be enjoying themselves. She was the first one to go over to someone and try to pick them up."

Shiels averaged 16.7 points and led the team in assists (4.7) and steals (6.0). Despite playing guard, she was second to Powers in rebounding with 5.0 per game.

Shiels was also the team's top free-throw shooter at 71.4 percent and led the team in attempts with 119. She scored a season-high 31 points in a state tournament preliminary-round win against Woonsocket.

Shiels scored the 1,000th point of her career after putting up 22 against Division I champion South Kingstown in a state tournament loss that ended the Chargers' season.

"She has to outwork people. Her speed and quickness are her strong points," Piasczyk said. "She is tireless in the gym. She sticks around after practice and puts up another 100 to 150 shots. She is always doing ball-handling drills. She puts in the time."

Piasczyk said Shiels has a good shooting touch, but can also attack the rim and "finish through contact."

"She is also a good leader," Piasczyk added. "She is not in your face yelling and screaming, but she knows when to speak up."

Willett averaged 8.5 points per game and expanded her role on the team as the season progressed.

"At the beginning of the season, she was kind of a sharpshooter, able to knock down shots. But teams figured that out, and in the second half [of the season], she started to be able to finish in traffic," Piasczyk said. "And when we needed more help bringing the ball up, she was able to do that. I think she was more successful at that than she anticipated."

The Chargers finished 13-12, winning a game in the D-II tournament before losing to eventual champion Scituate.

"I was extraordinarily proud of the girls," Piasczyk said. "We only had two girls that had major varsity minutes (Powers and Shiels). And I was a new coach. I thought they responded tremendously."