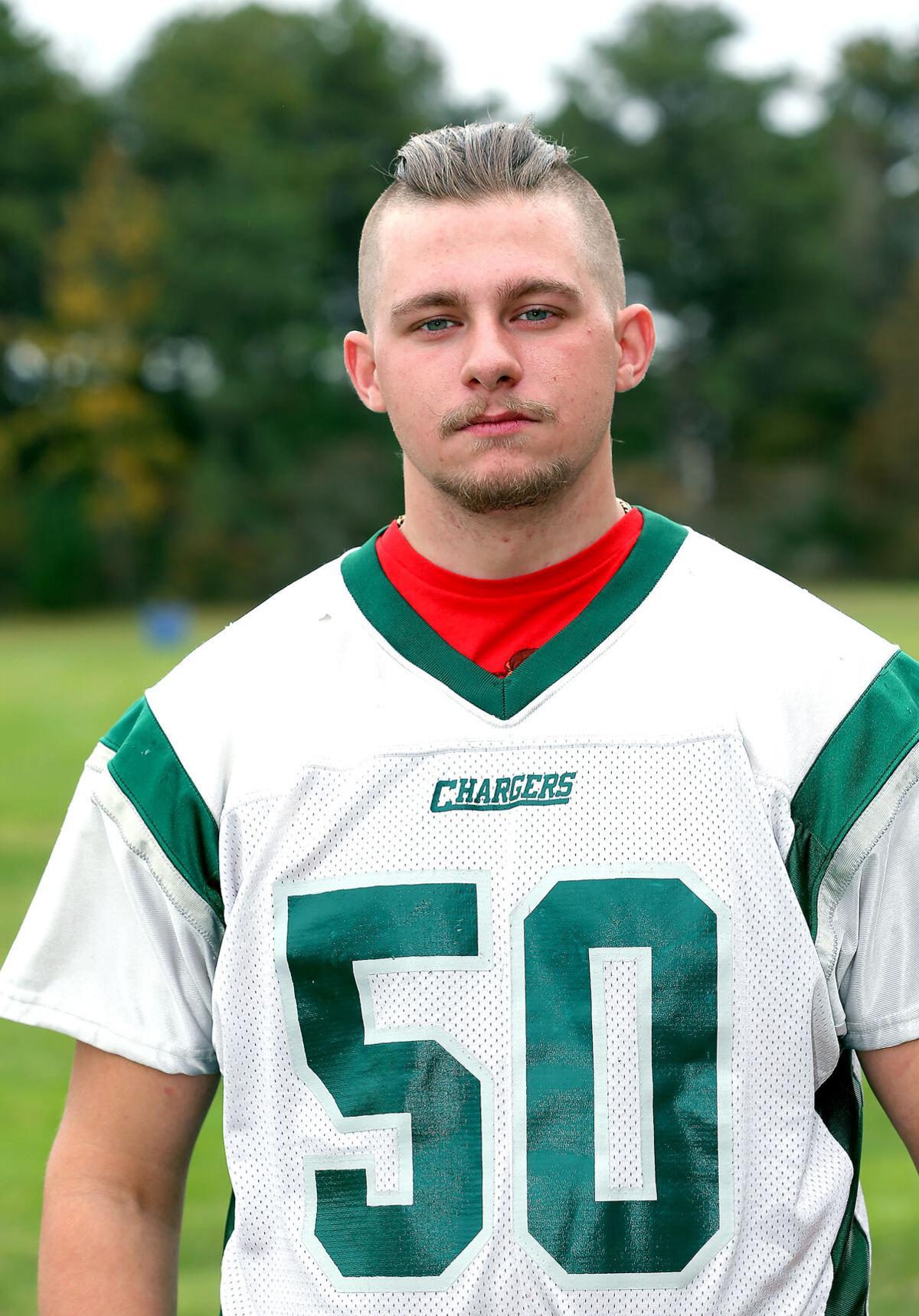 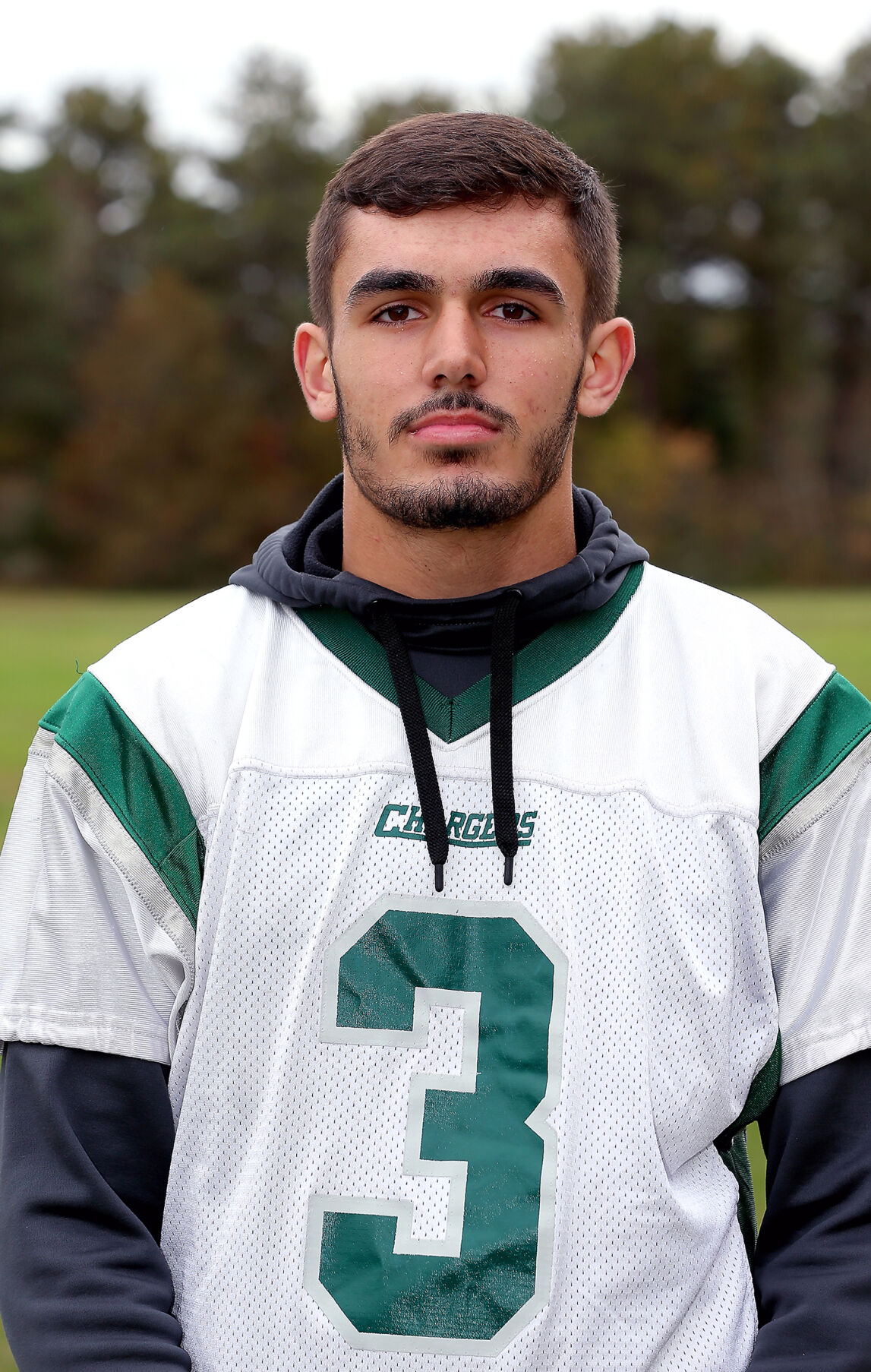 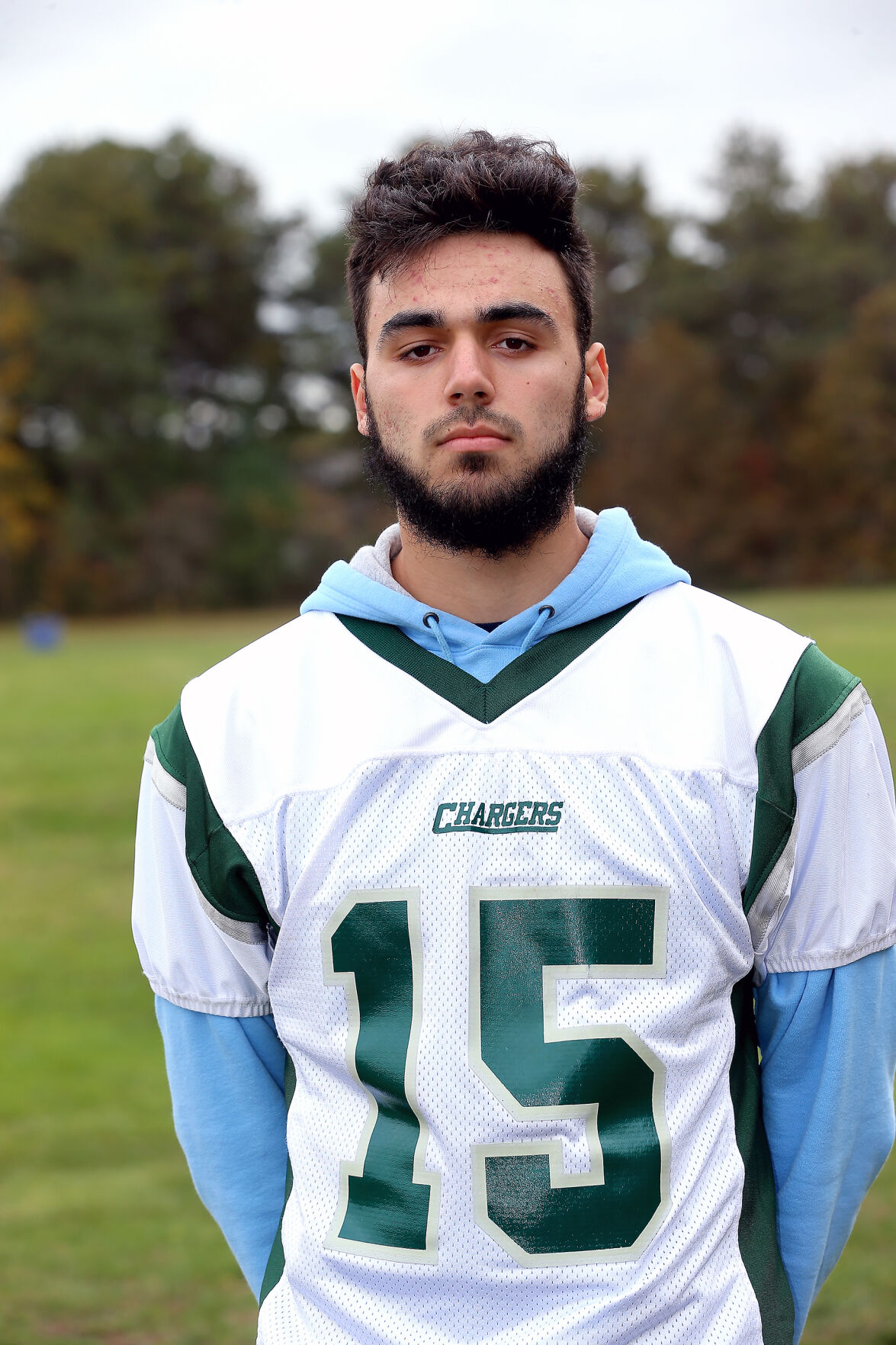 WARWICK — Not this time. No way, no how.

Chariho High avenged one of its toughest losses of the season, dominating Pilgrim on the line of scrimmage and cruising past the Patriots, 36-8, Saturday night to earn a berth in the Division III Super Bowl.

Chariho (6-3) will take on Narragansett in the title game on Friday in Cranston Stadium at 6 p.m.

On Oct. 15, Chariho had built a 17-point halftime lead at Pilgrim only to see the Patriots rally in the second half and prevail, 35-31.

No. 3 Chariho opened a 16-0 lead at the half in Saturday's game on a 4-yard TD run by Collin Fitts and 9-yarder by quarterback Zoot Boschwitz. The Chargers had other promising drives inside the Pilgrim 20 in the first half that faltered after some costly penalties.

And when No. 2 Pilgrim (6-2) scored on the first play of the second half on a 65-yard jet sweep by Alex Pinheiro, it appeared those wasted opportunities might prove costly. Thoughts of the previous setback had to be in the Chargers' heads as the Patriots made it 16-8.

"They went down and they scored and we hung our heads for a second and we were like, 'Here we go again,'" Chariho two-way lineman Gary Gardiner said. "Our coach got our heads together and we just kept chugging."

Boy, did they ever.

Chariho put together an 11-play, 66-yard march that consumed more than eight minutes off the clock. Collin Fitts capped the drive with a 5-yard run standing up over the left side to make it 22-8 with 3:04 left in the third quarter. It might have been the biggest drive of the season.

"The blocking up front was excellent, the holes were so wide," Fitts said with a smile as his linemen gathered around him and praised his ability. "It means so much for us to go to the Super Bowl for the first time in a decade. It means a lot."

Boschwitz completed a 20-yard pass to Caleb Maggs and Myles Price had a 10-yard run for a first down to the Pilgrim 7 in the scoring drive.

"On that drive, the offense responded," Chargers coach Nick Russo said. "We wanted to play smart, but not play too conservative in that situation. The greatest thing is to still be able to gain yards aggressively, throw the ball occasionally in the elements and get first downs. Overall, the execution was amazing."

Two plays after Fitts' score, Chariho defensive back Lucas Corah came down with an interception at Pilgrim's 25.

Boschwitz scored on a 25-yard quarterback draw on the first play after the turnover with 1:55 left in the third quarter. With a defender hanging on him, Boschwitz completed a conversion pass to Mitchell Silva to make it 30-8.

Chariho put together a nine-play, 45-yard scoring drive on its next possession that started on the final play of the third quarter. It removed any doubt about the outcome.

Fitts ended that drive with a 5-yard scoring run over the left side to make it 36-8 with 6:12 left in the game.

In the October loss, Pilgrim had run the ball in a big way in the second half. Dan Halliwell had gashed the Chargers for 197 yards and four touchdowns. This time, Halliwell finished with 5 yards on five carries.

Russo said the Chargers were intent on keeping Halliwell in check.

"[Halliwell] is so dominant every week," Russo said. "We had a shadow on him. We spied him and we loaded the box. The weather helped and the defense played just incredible. We weren't going to let them do their best thing. We try to make every team play left-handed."

After the 65-yard scoring run on the jet sweep, the Patriots ran 14 plays the remainder of the game that netted 5 yards. Chariho had three interceptions during that time.

In addition to Corah, Aidan Haxton and Fitts had picks. Nolan Murphy also had a big interception in the first half, setting up Chariho's second touchdown.

"We just had the heart and the determination," Gardiner said. "We came into this week knowing everyone had us down and we needed to come in and raise some hell and kick some [tail] and that is what we did."

The start of the game was delayed an hour after a strong lightning rainstorm swept through the state that also featured tornado warnings. It made the field quite messy.

"It feels really good," said Russo, who is in his third season. "It's just a great group of players and I'm not only talking about this team. The 2019 and 2020 classes laid a foundation for our program. They created a great atmosphere for the program. This group of players gives it their all on a daily basis. We grind it out. That's the kind of team we are."