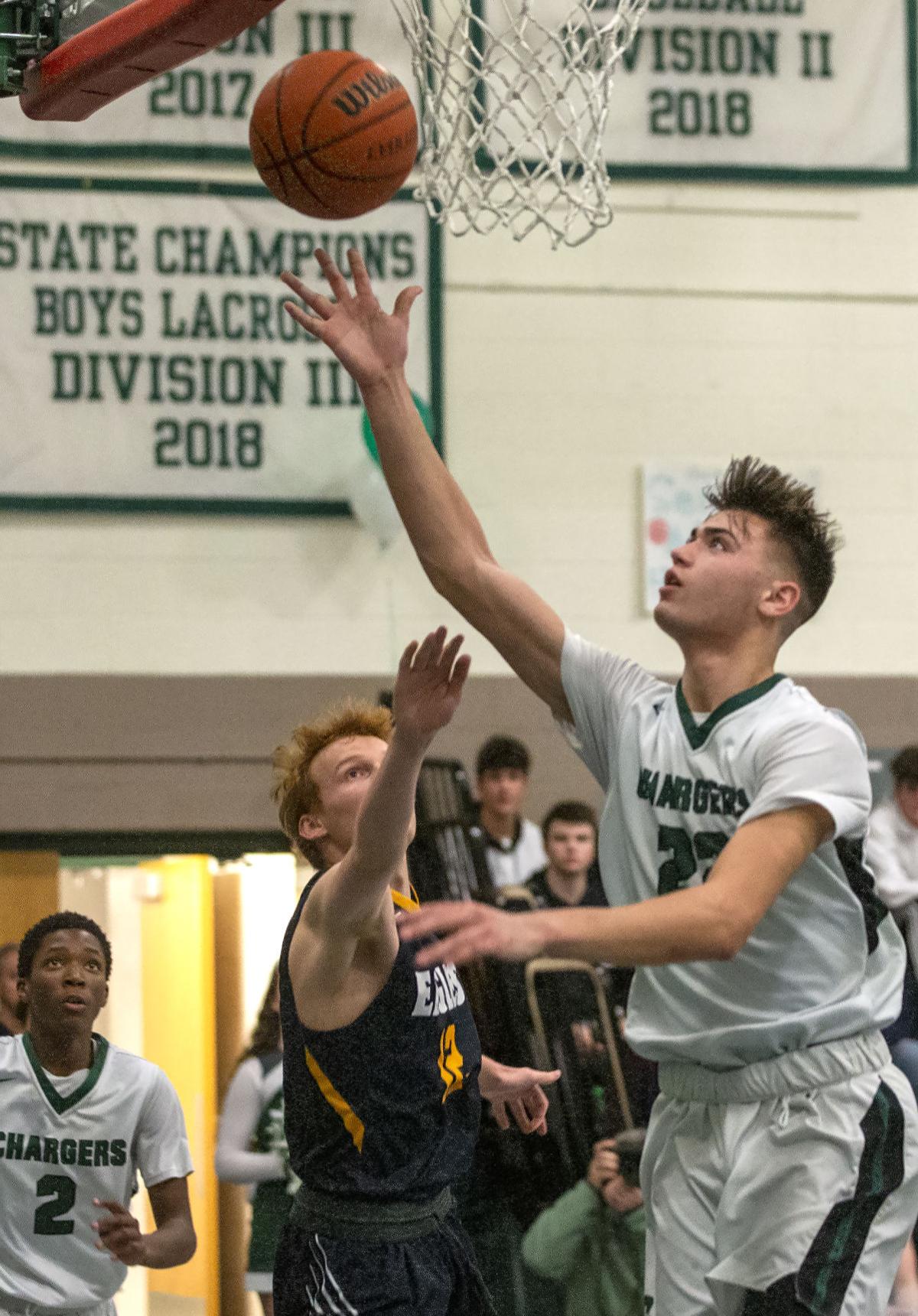 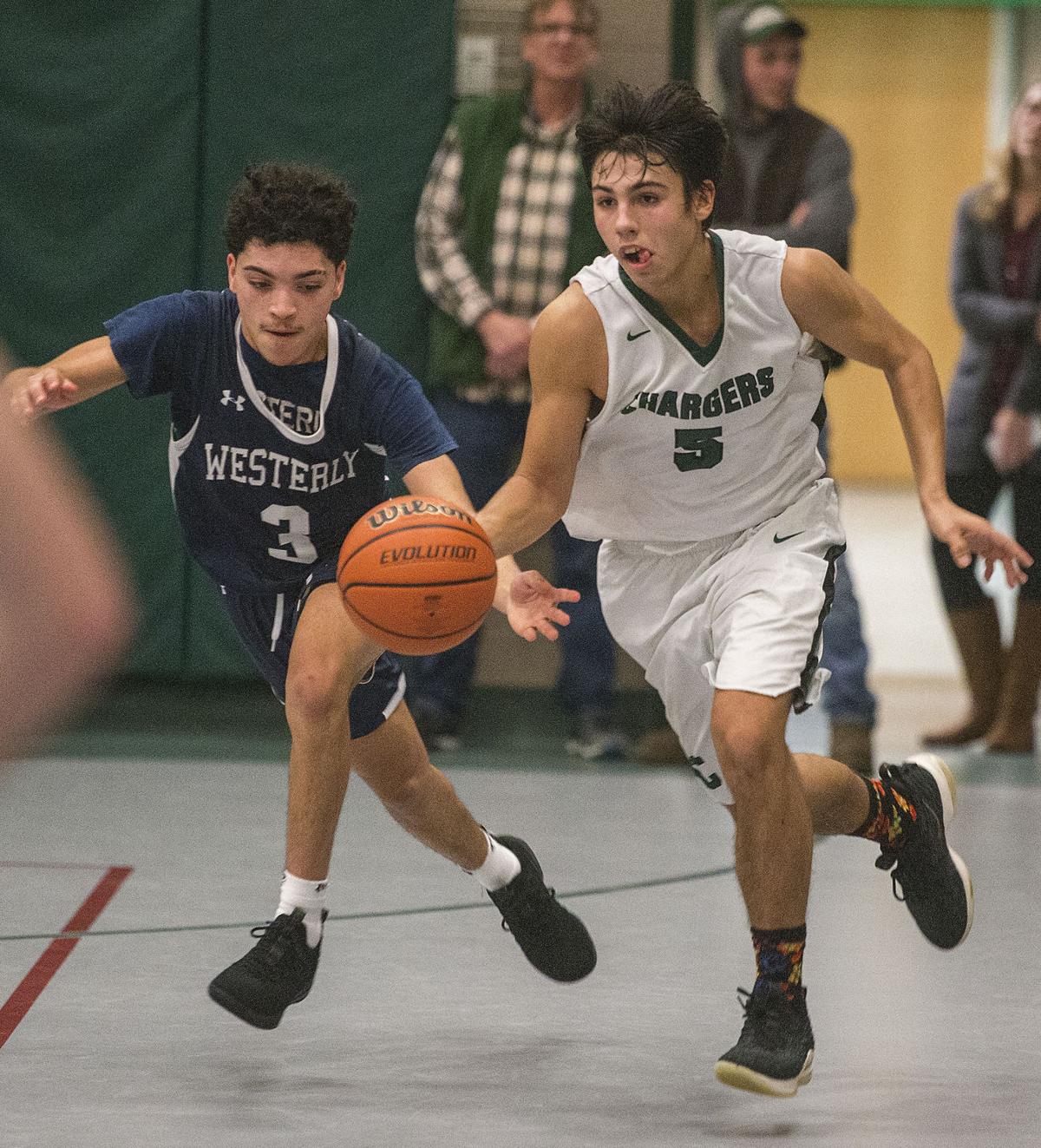 Chariho’s Nathaniel Felicetti was a Division II-C second-team selection after averaging 10 points and 7.7 assists per game. Tim Martin, Special to The Sun

Chariho’s Nathaniel Felicetti was a Division II-C second-team selection after averaging 10 points and 7.7 assists per game. Tim Martin, Special to The Sun

WOOD RIVER JCT. — What Levi King did this season for the Chariho High boys basketball team rates with just about any season turned in by a Charger.

His season earned him first-team Division II, which was selected from all the teams in the division. Two teams of six players each were selected.

He was also first-team All Division II-C. Senior guard Nathaniel Felicetti was named to the second team, All-Division II-C. The 19-team league was also divided into four divisions for some of the postseason selections.

No Chariho player since at least 2000 has scored that many points. Tyler Zegarzewski did have more rebounds in 2010 with 273, averaging 11.9 per game. Zegarzewski came close to matching King in points. He finished with 538 points (23.4 per game). It was Chariho's last season in Division I and Zegarzewski was first-team All-State.

Chariho coach Corey Downey said King was a challenge for every team in D-II.

"He's so smooth around the basket, he can finish with tough angles and he can get up and down the floor in transition. He can shoot the mid-range jumper. He's really difficult to guard at this level," Downey said. "He was really motivated to be a better basketball player."

King scored a season-high 36 points against North Providence on Feb. 3. His season high for rebounds was 16 on Jan. 8 against Shea.

"He got better defensively, and he had to, to stay on the floor for 32 minutes," Downey said.

Felicetti averaged 10 points, 7.7 assists and 6.5 rebounds per game. Felicetti finished with 178 assists, the most by a Chariho player since at least 2000. His season high was 15 in a road win at North Providence.

"Sometimes you don't see it in terms of scoring, but he was the leader on the floor, setting people up and putting people in the right spots," Downey said. "His assists have to be among the top five in Chariho history.

Chariho finished the season 11-13, 8-10 in Division II. The Chargers qualified for the Division II tournament, losing to Shea in the preliminary round on the road.

Chariho lost two games in overtime during the regular season, including one to eventual D-II champion Portsmouth. The Chargers also lost two other games by four points or less.

"I think the team gave us all they had to make the playoffs. We lost four starters from last year," Downey said. "Overall, we had a good year and achieved our goal of qualifying for the playoffs."