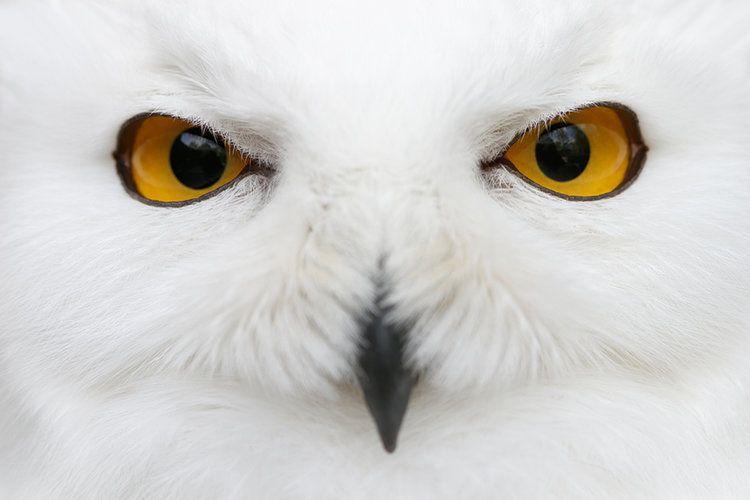 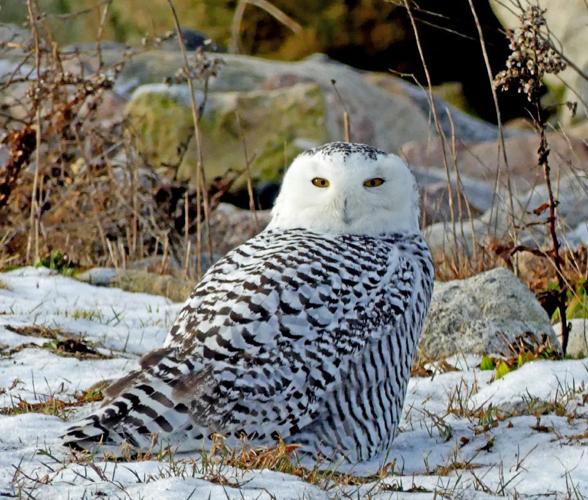 At this time of year, I am hearing about irruptions, the irregular movements of birds out of their normal territories. The most noticeable one so far this winter has been snowy owls, which have been arriving in New England, including our Rhode Island coastline, for a few weeks.

These owls are among the most charismatic raptors, because of their rounded bodies, feathered feet, and above all that beautiful white plumage, made even more famous by Hedwig, the owl in the Harry Potter movies.

The ones we are seeing now — and there are close to 20 that observers are aware of in this area — hail from Ungava in far northern Quebec. The owls irrupt when there isn’t enough of their principal food source, lemmings. Lemming populations explode and then crash,  and last year, there were so many lemmings that the snowy owls responded by laying larger clutches than usual. When winter came, there wasn’t enough food for the owls, so they moved south. They seem to have adapted to winters in New England by eating not only rodents but sea ducks and dabbling ducks as well.

I have written this before but I feel compelled to repeat it: Please do not approach snowy owls if you find them. They are already hungry and stressed, so stay at least 300 feet away.

Irruptions of other birds

As always, I turn to Canadian ornithologist Ron Pittaway for his annual finch forecast.

A bumper cone crop, “the best in a decade,” Pittaway says, means red and white-winged crossbills, purple finches and pine grosbeaks will probably remain well north of here this winter, because there’s plenty for them to eat. I had several red breasted nuthatches at my feeders last winter, but it looks like they, too, will stay north. The same goes for evening grosbeaks, a stunning bird that I haven’t seen in years. When I lived in Quebec, they were among the most common visitors to my sunflower feeder, and I guess I kind of took them for granted. How I wish I could see one now.

Pittaway does have some good news, though. Common redpolls are expected to move south because of poor white birch and alder seed crops in Ontario. And where there common redpolls, there could be a few hoary redpolls, so watch for those.

Of course, nature is always full of surprises, so this forecast would be proved wrong. Please email me with your finch sitings this winter.

One of the topics on the second day was the effect of wind turbines on birds and bats. There is a pressing need for more data in this area, because the federal government is approving wind farm leases at an astonishing rate along the entire East Coast.

One of the issues with offshore structures is light. Scientists know that birds are attracted to solid white light but avoid flashing lights, so that should be a relatively easy fix.

Researchers are also trying to identify bird “hot spots,” because the proposed sites for wind farms can be shifted, as was the case with the Block Island facility if there was a concentration of birds in a given area.

Much less is known about bats. During the lunch break on the final day of the conference, I sat down for a chat with Steven Pelletier of Stantec, a company that has published a study, sponsored by the federal Department of Energy, on coastal and offshore bat movement. Some bats fly hundreds of miles offshore, and both migratory and non-migratory bats are attracted to offshore structures  such as lighthouses and therefore, could also be lured to turbines. The study suggested that since bat migration takes place for such a short period in the fall, it might be possible to stop the turbine blades during that period.

One intriguing bit of information I gleaned from our conversation was that bats are particularly at risk because they have not evolved to recognize wind turbines as a hazard.

“They’re trying to understand why bats are at risk for collision — when they echolocate to find insects, how come they’re not detecting it,” Pelletier said. “It’s just something that’s likely an evolutionary non-response. These blades that are spinning just are not something they recognize as a threat. There’s a lot of work being done to try to understand exactly what is the attraction and what might that attraction be. Can we have a deterrent to help push them away?”

Charles Pendleton Chapman carved out a legacy in his quarry

PHOTOS: A gift from the sea

At Westerly Library & Wilcox Park: Check out Oscar nominees at the library

Letter: Greater Westerly-Stonington as good as it gets