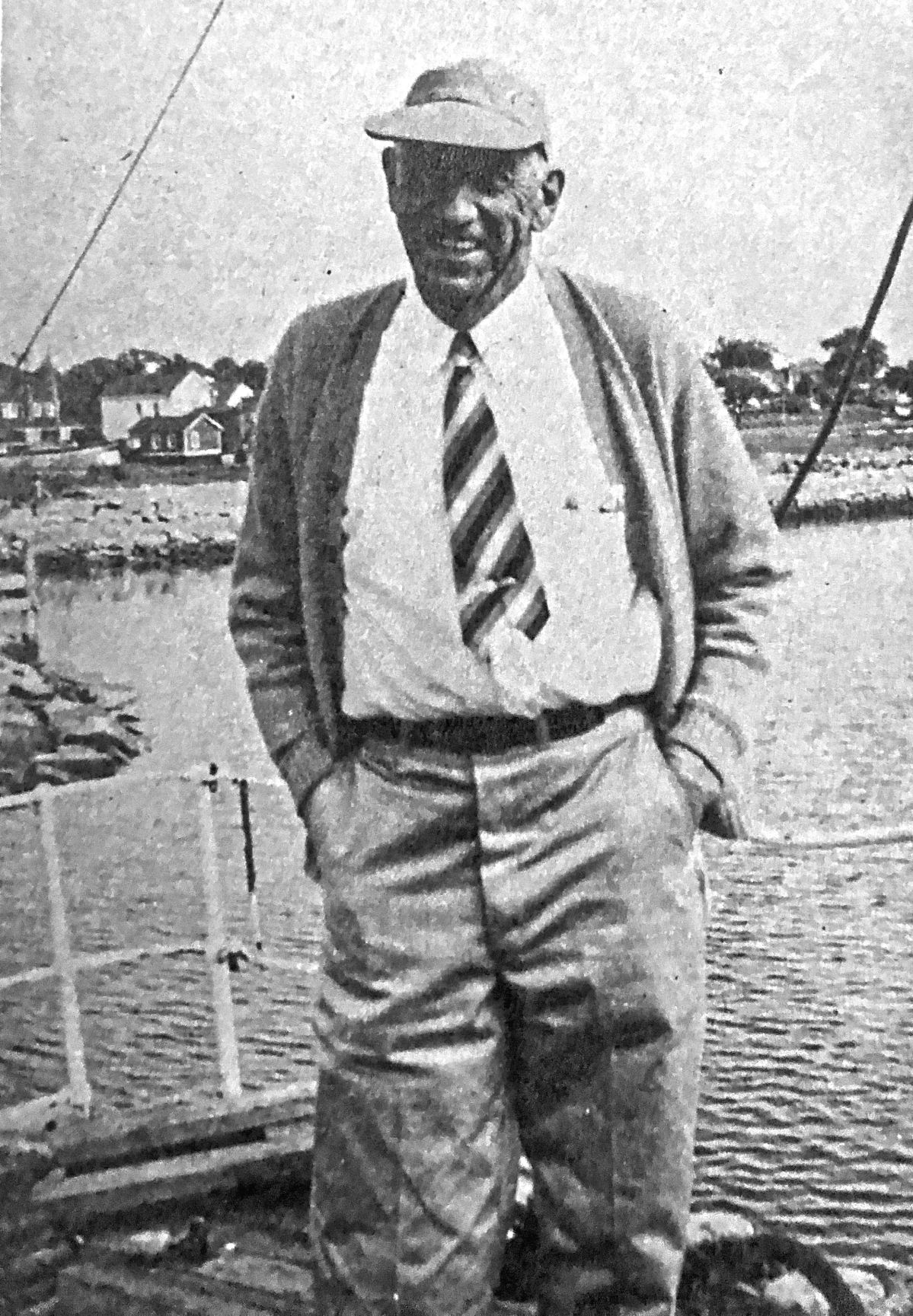 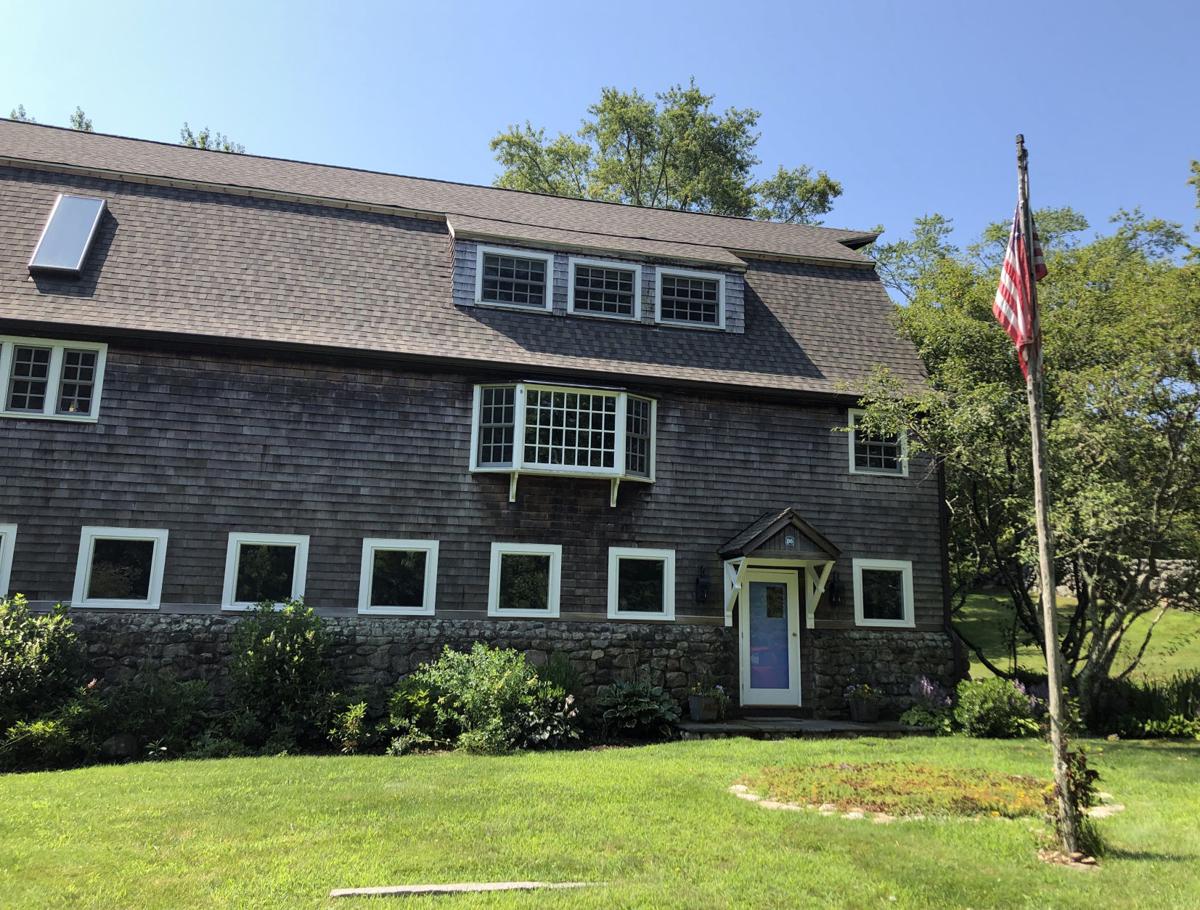 A Wolcott Palmer-built barn that has been converted into a home on Collins Road in Stonington. Courtesy of Steven Slosberg 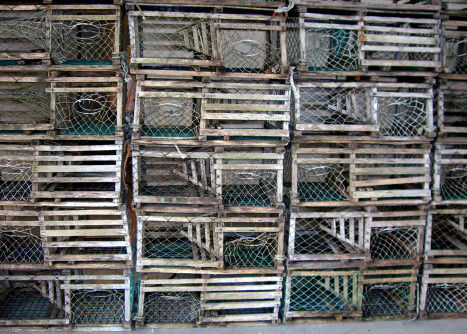 A Wolcott Palmer-built barn that has been converted into a home on Collins Road in Stonington. Courtesy of Steven Slosberg

Wolcott Palmer worked with wood, handsomely, and, based on his legacy of homes in Stonington and at least one in Weekapaug, monumentally, but what qualifies as ingenious was his production of wooden lobster pots, estimated, a few years before his death, at some 80,000 or more.

Most were made in the last couple of decades of his life, and from machinery he rigged up over the years into what became a 12-station, drill-and-grind-and-saw-and-squeak, Rube Goldberg-like contraption in his roomy workshop set back and by a brook off Collins Road in Stonington.

Palmer, born in Florida and a descendant of Walter Palmer, one of Stonington’s founding patriarchs, and who died in 1969 at age 86, was the subject of a profile published by the Providence Journal in 1966. It was actually, and understandably, about the lobster pots assembly.

Written by Frank Casey, it reads early on: “For Mr. Wolcott (sic), the industrial revolution began in 1936 when he hooked up a gadget to facilitate cutting beams for the frames. He gradually kept adding to the contraption and 20 years later created for himself a complex, twelve-machine, automated assembly line with electric saws, planes, drills and 30-foot conveyor belts.

“ … The system includes gears from meat grinders, ball bearings and shafts from a windmill, steel rods, generators, fan belts and thousands of other auto parts, even the rear end of a Model T.”

(A family-made, 8-mm film of Palmer, shown driving to his workshop in his 1957 Studebaker pickup, painted orange, and with a few glimpses of him working at and feeding one-by-six inch pieces of oak into the lobster pot machinery, is available on the Stonington Historical Society’s Facebook page.)

The Providence Journal story goes on: “Standing on a blanket of sawdust behind the cutter, he tosses each trimmed piece onto a conveyor belt that will carry it to the loft of the barn. After a thousand or so pieces are cut, he climbs to the loft to operate a gang saw for further trimming. Onto another conveyor go the pieces to drop into bins at the other side of the barn, 30 feet away.

“By the time the pieces are finished the planks have passed through his entire set of machines and can be put together for a lobster pot frame in a matter of seconds. And by the end of four hours, Mr. Wolcott (sic) can pile up 50 frames which at wholesale value will sell for close to $35.”

After Palmer gave up his carpentry business in 1959 at age 77, the story concludes, “… lobster pots became his primary concern. He used to make 100 or more pots a day, but slowed down when he reached his 80s so he could catch his breath.”

One visit to the fishing docks in Stonington harbor, with its walls of metal-and-wire lobster traps piled alongside the boats, makes it evident that the era of the wooden lobster pot is long gone.

But towering showpieces of Wolcott Palmer’s skills still stand in Stonington, several near his Collins Road home and workshop.

There is the magnificent barn he built in 1920 for Judge Gilbert Collins at the bend in Collins Road across from his workshop, a wood-shingled, gambrel-roofed edifice, majestic on the land, that years ago was converted into a residence, though the cattle stanchions remain in place on the bottom floor. The property is now owned by John and Alice Groton.

On Tipping Rock Road stands another sturdy and spacious Palmer barn, also converted into a home, this one owned by the late Meredith Brown.

He also remodeled homes and commercial buildings, and 14-foot sailboats.

Palmer, whose early education ended after the sixth grade in a schoolhouse near Wamphassuc Road and Route 1 in Stonington, known locally as “Bullfrog Academy,” later obtained both a high school diploma and a certificate of architecture through correspondence courses. He also moved briefly to Storrs to take summer courses in agriculture and animal husbandry at the University of Connecticut.

A tall man, well over 6 feet, with what folks who knew him recall as a pronounced nose, Palmer married Lillian Durgin in 1907 at what was the Ocean House, a hotel at Church and Water streets in Stonington Borough, run by Lillian’s parents. The year before marrying, Palmer, and his father, Jerome Palmer, built what became the family homestead at 103 Collins Road.

What was his workshop is still there, down a slope from the home, and much of his tool collection is intact.

Anthony Bailey, the English writer best remembered for his 1971 chronicle of Stonington life, “In the Village,” mentions Palmer in another book, “The Thousand Dollar Yacht: A Saga of the St. Pierre Dory,” published in 1968, a year before Palmer died.

Bailey writes about his need for and difficulty in locating particular mast hoops. By chance, at the old Wilcox Fishermen’s Supply Store, he comes across wooden hoops that he trusts will do the job. He goes to see the maker, Wolcott Palmer, in his wizardry workshop.

“Mr. Palmer had worked things out so that he didn’t waste motion, and neither did he waste words.”

PHOTO: This driver turned his dirty car into a creative canvas

Coffee with a Cop aims to spark community conversations in Richmond