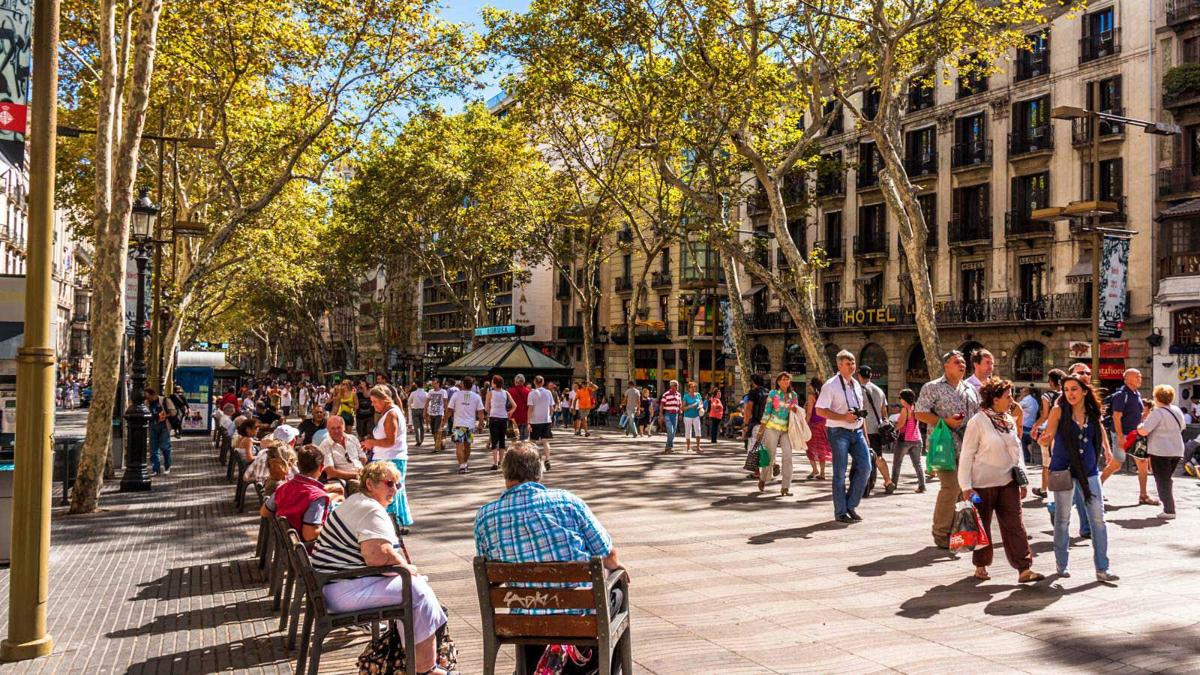 Las Ramblas in Barcelona, Spain, where the author and his ex-wife were once bilked out of a wallet by an enterprising and practiced youngster who utilized the time-honored "chocolate explosion" trick. 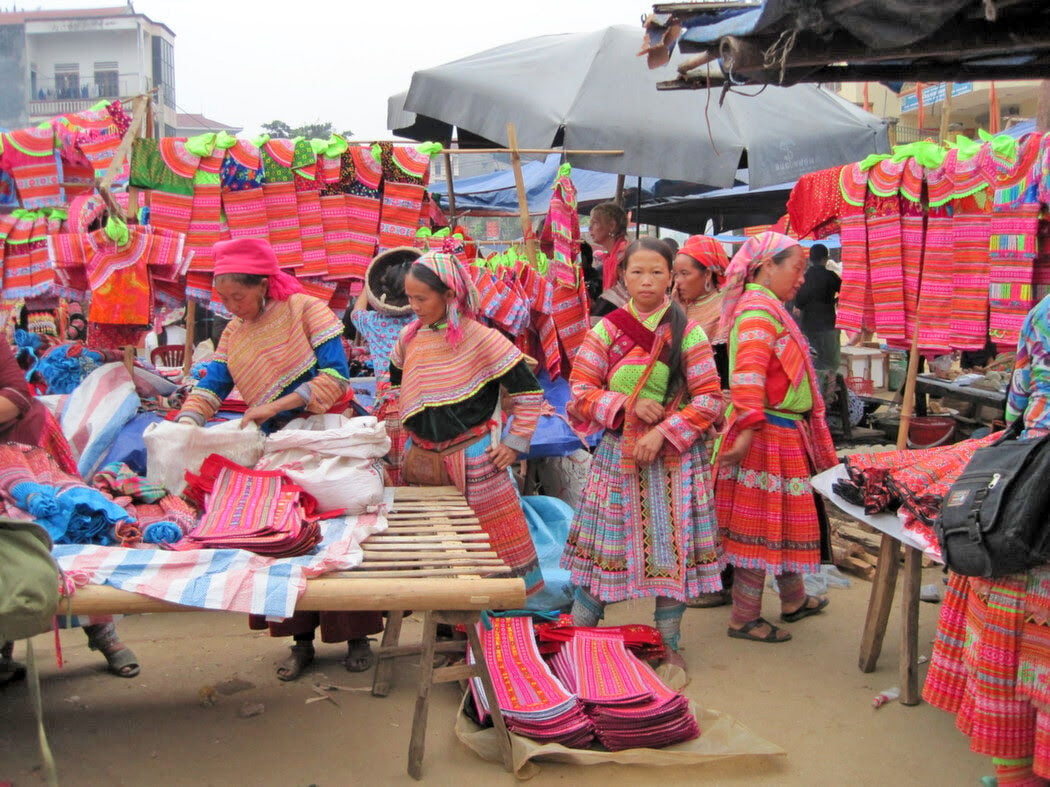 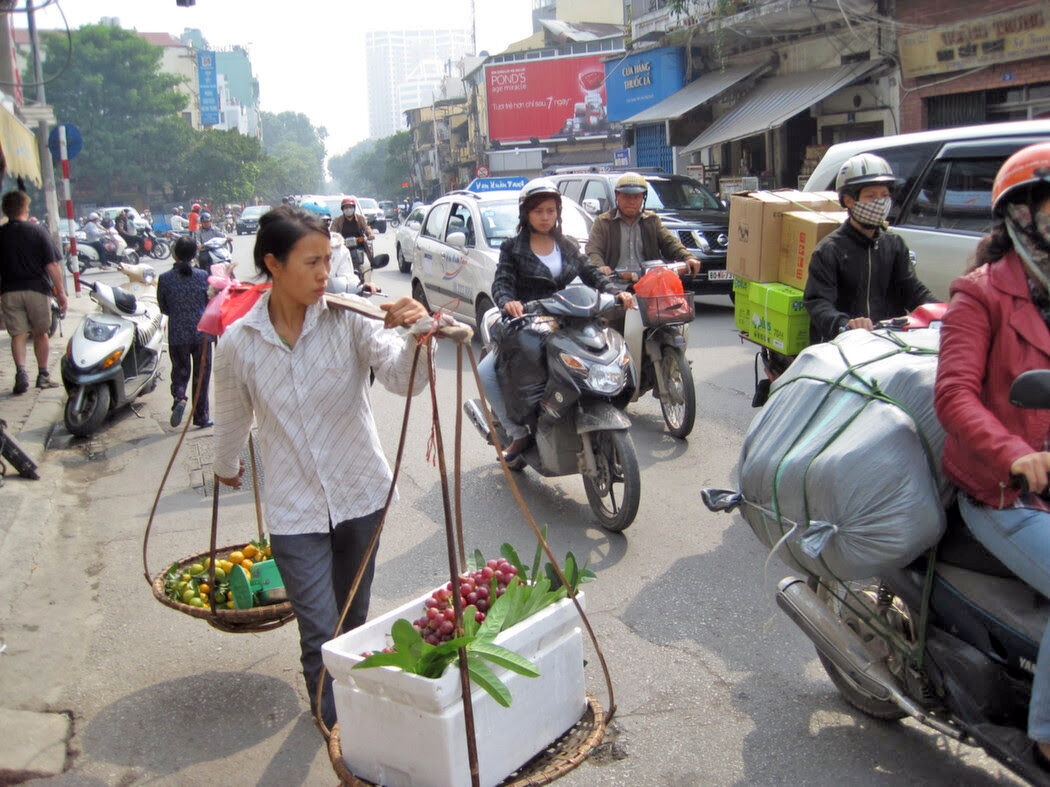 A street vendor and street traffic in downtown Hanoi in Vietnam. (Steven Slosberg)

Las Ramblas in Barcelona, Spain, where the author and his ex-wife were once bilked out of a wallet by an enterprising and practiced youngster who utilized the time-honored "chocolate explosion" trick.

A street vendor and street traffic in downtown Hanoi in Vietnam. (Steven Slosberg)

Reckless, perhaps, but exercising the mandated precautions, I’ve traveled a bit since the onset of the pandemic a year ago. The trips, all by plane from Providence, have been domestic and relatively short flights.

But with the prospect of long-distance travel, especially abroad, beginning to brighten again, I think about the rather intense traveling done in the years after I retired in 2007.

With the children educated and off on their own, my wife and I were fortunate enough to be able to embark on one or sometimes two extensive trips a year.

Thing is, as rewarding as these ventures were, we also learned the perils of being prime targets for brazen and occasionally inventive pickpockets and hustlers in Europe, Central and South America and Southeast Asia.

Me, in particular. I’m not sure I looked all that prosperous, but my style, if that applies, of dress — chino or khaki shorts or pants, light-colored shirts, well-fed body and, most naively, my signature sucker footwear: sneakers, Wilson Pro Staff, my choice for play and travel, that although worn, remained, undeniably, white — apparently signaled one thing to enterprising locals: Prey.

In San Jose, Costa Rica, my first encounter began with the slender and practiced hand of a tiny woman of indeterminate age, standing beside me at the Coca Cola Bus Terminal. She had my wallet, in my front right pants pocket, half-way removed before I felt the slightly pleasurable sensation of something bulky being eased along my upper thigh. It was being freed from my possession.

I caught her delicate transgression in the act. She looked at me indignantly, challenging me, it seemed, to make a fuss about the aborted larceny and simply walked away.

In Rome, a block or two from the central train station, Termini, it was a gang of three dark-haired young women, one of them holding an infant, who surrounded me. Two of them kept me stationary, jabbing and pushing my chest and stomach, while the third deftly rifled one of my front pockets, only to find a city map I had planted there.

I bolted away, goods intact in a wallet pouch under my shirt, though my pride and person were decidedly disturbed.

I had chosen to keep money and passports in that pouch, attached by a leather cord, under my shirt, either against my chest or under an arm.

In Paris, we were sitting at a café adjacent to an outdoor market. I put my light jacket on the back of my chair. I heard a loud clatter of chairs shuffling and scraping behind me. I thought little of it, but the café owner, who observed the whole business, told me later, when things quieted, that several men sitting at that table went through my jacket pockets while making the racket. They made away with a couple of tissues.

In Vietnam, after a challenging three-week trek in the north through farming and market town highlands to the Chinese border, we were relaxing for a week in the madcap, motorbike mayhem of downtown Hanoi when I sought out a shoemaker to clean and try to restore hiking boots caked in muck from the trek.

He told me his price but then went ahead, on his own, providing new laces and other minor improvements. I stubbornly insisted on paying the initial price for cleaning. He end up chasing me past flower vendors, coffee shops and pho stalls, shouting all manner of invective, the printable being “cheap” and “American.” He ended his pursuit when I ducked into our hotel. I stayed put for a spell.

In Buenos Aires, while walking through a lovely park and passing under leafy trees, we felt some kind of glop descend on us. A woman immediately appeared, holding a sheaf of tissues and offering to help clean us.

But we were on to that one. We had been schooled the hard way on the streets of Barcelona a few years earlier. That was the Flying Chocolate Heist.

My wife and I were staying in a small hotel a few blocks off Las Ramblas, the teeming, preening promenade leading from the well-trafficked Plaza de Catalunya to the port and yachting piers of Barcelona.

Walking on a side street one evening, I felt something wet and yucky plop onto my hair. I looked up to see whether children were horsing around on balconies or, worse, birds. Then this little fellow appeared from behind, offering his help in ridding me of the sticky mess, which seemed to be chocolate. It was also on my shirt. He steered us to a nearby W.C. in the bowels of a parking garage, saying “Water, water!”

He ushered us into the cramped space, gave my wife soiled tissue and grimy toilet paper and as she started scrubbing, he provided encouragement. Then he quickly left as another fellow came by to take over. We had had enough and retreated to our hotel room.

As I showered, I relived the incident. The chocolate landed not on the top of my head, but the back. I was splashed from behind. I told my wife she should check her purse. She did. Her wallet was gone.

As she worked on me, he had gotten behind her, and skillfully opened her purse and extracted the wallet. Gone were not only Euros, but her driver’s license, health insurance cards and precious family photos, as well as a favorite wallet.

We were dejected, but at least our passports, credit cards and bulk of our money were secure in my pouch. Chastened, we recovered and went out again for a restorative meal of tapas and sangria.

Several months later, a package arrived at our home in Stonington, sent by the U.S. Consulate in Barcelona. It was her wallet, absent the money, but with her license, cards and most important the photos.

Thieves with a heart? They got what they were after — money — and must have dropped the wallet in a post box or some conspicuous place.

I’m ready to risk such travel again, this time with sensible shoes.