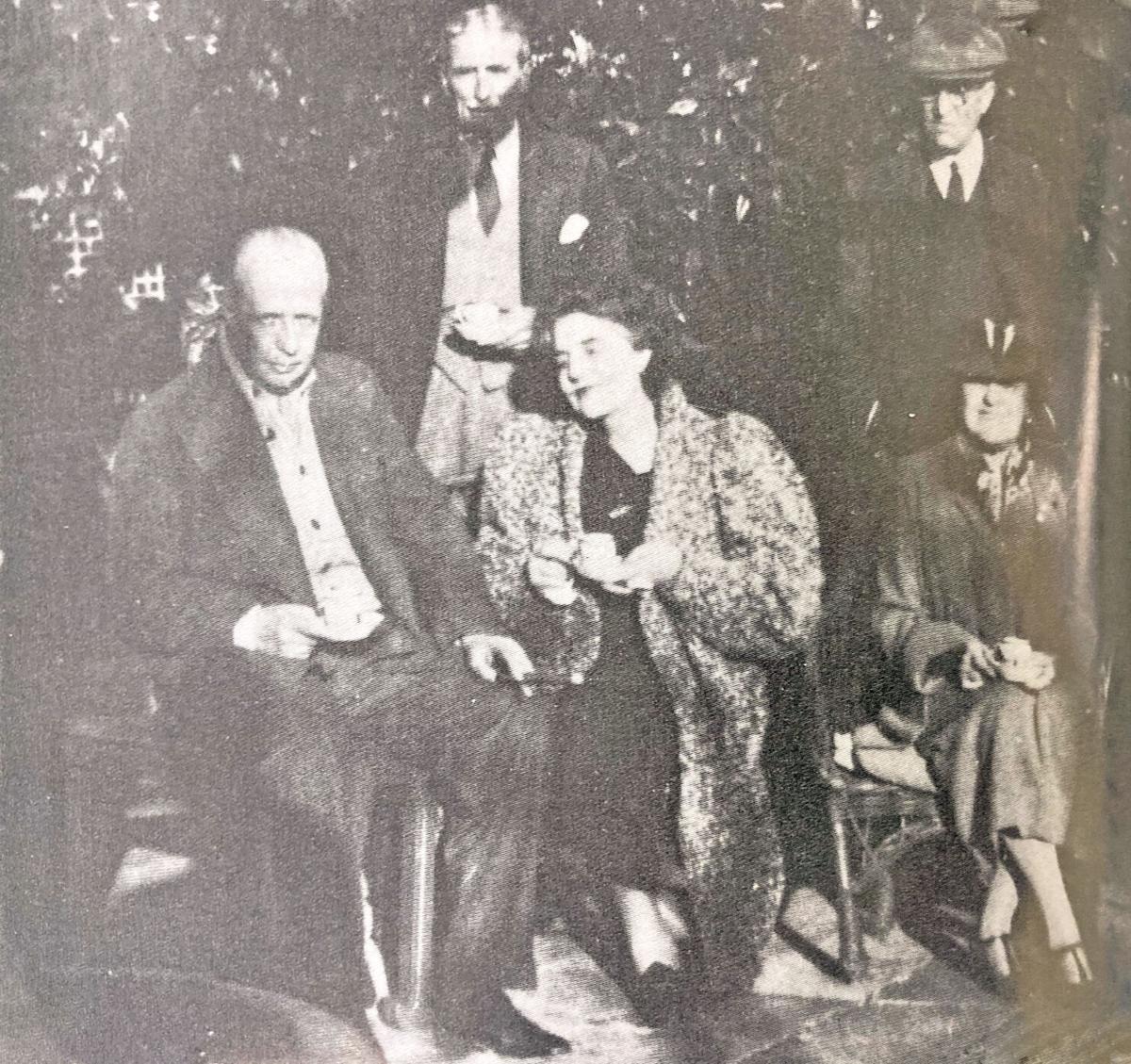 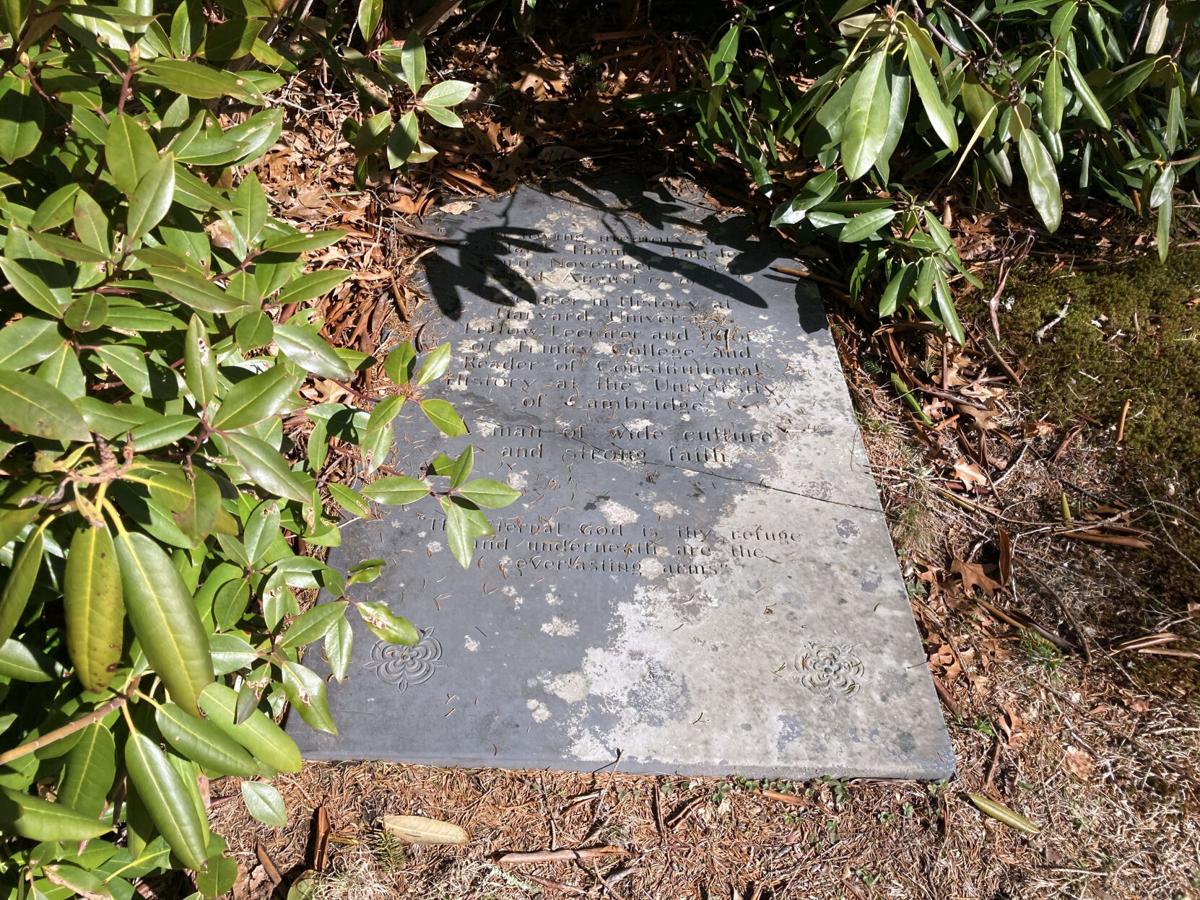 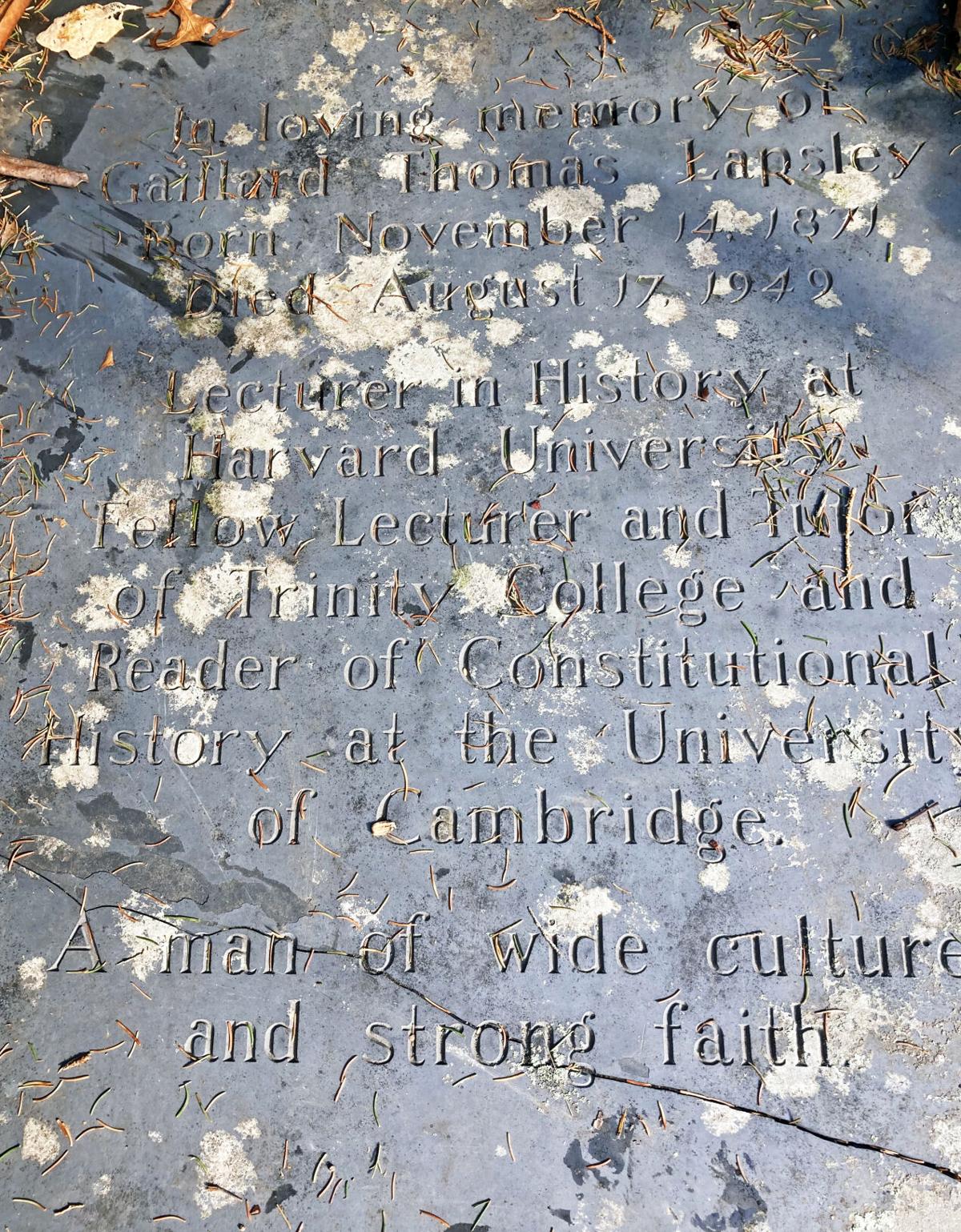 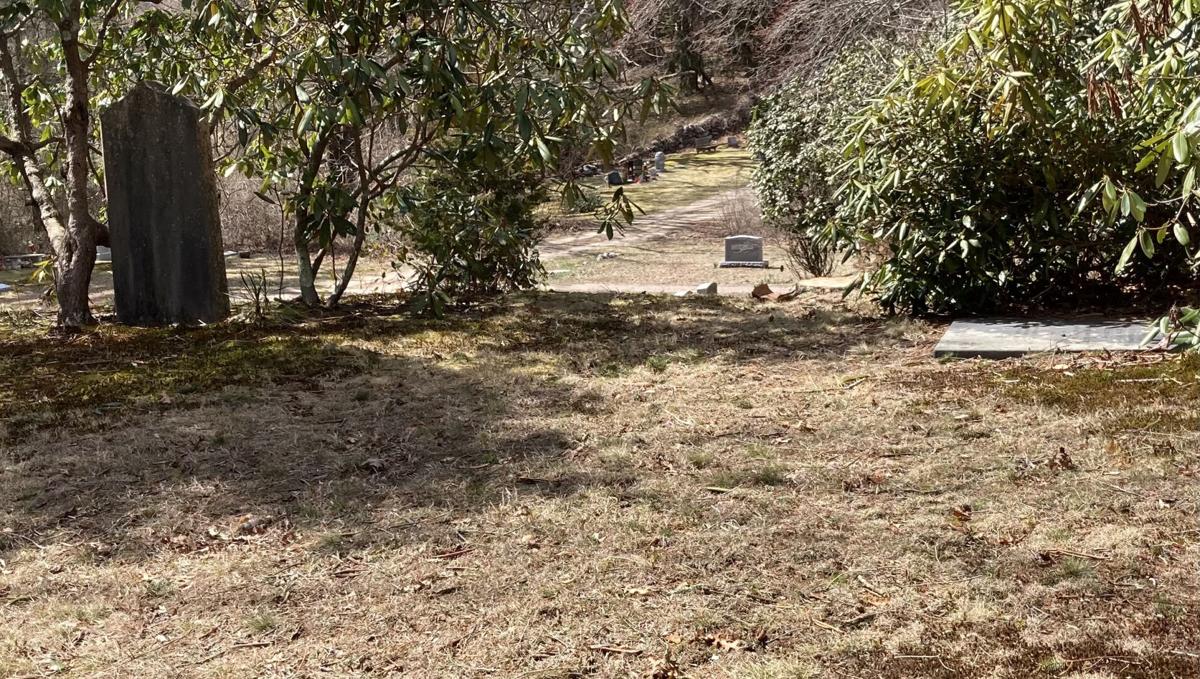 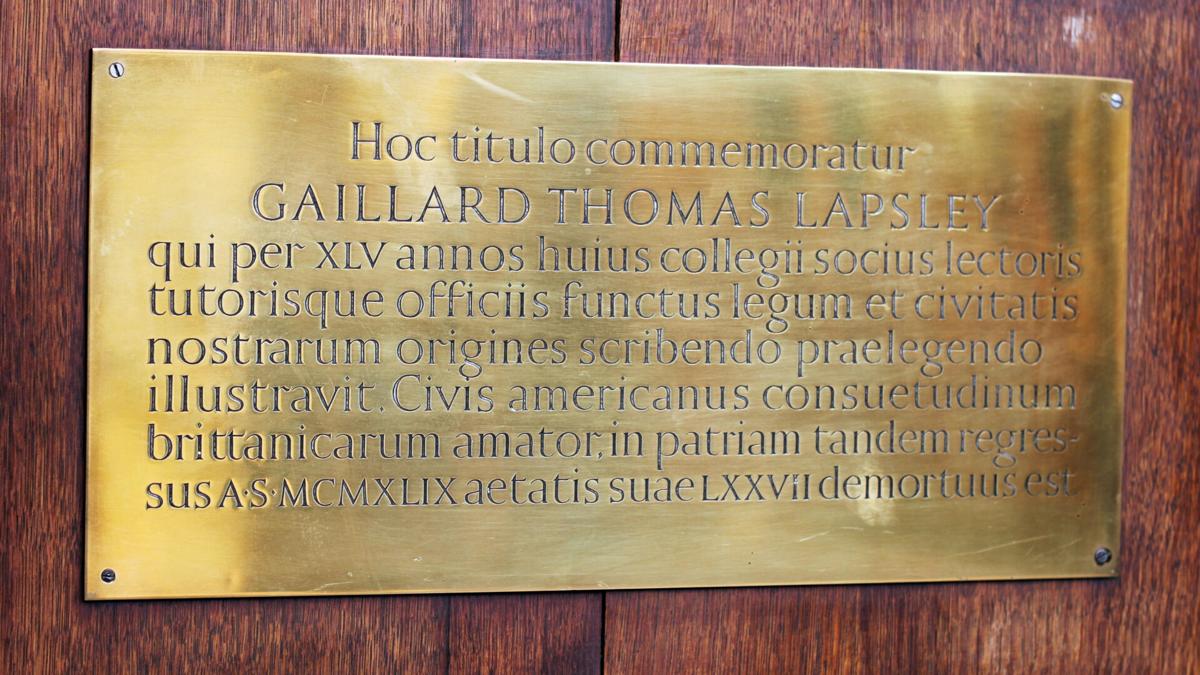 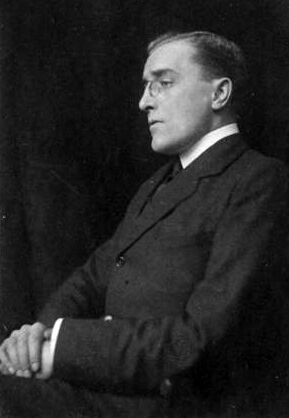 Poets’ Corner in Stonington Cemetery is a shady resting place for a garden variety of, at last count, some 20 literary folk, including poets, novelists, editors, historians, artists, biographers and essayists, as well as a children’s author, a travel and food writer, a drama critic and a radio screenplay wordsmith.

Those touted as the best-known denizens are, naturally, the two Pulitzer Prize-winning poets: Stephen Vincent Benet, who won two Pulitzers for poetry, and James Merrill.

A recent story in the New York Times book pages led me back to Poets’ Corner to check in on among the more obscure, and likely least known, of the literati settled there: Gaillard Thomas Lapsley.

On March 26, The Times, as part of its series celebrating 125 years of its Book Review, published a short piece noting that the first time a photo appeared on the Book Review’s front was the Aug. 12, 1905, issue, and the author selected was Edith Wharton. “The photograph,” the story read, “as exquisitely composed as a scene from ‘The House of Mirth,’ features Wharton in a lace tea dress at her desk.”

“When this issue appeared,” the story went on, “‘The House of Mirth,’ was captivating — and dividing — New York with its less-than-flattering depiction of high society ... Initially the Book Review wasn’t a fan, writing in April 1905 that ‘it develops in a rather grim fashion,’ but allowing that ‘we must be grateful for these glimpses of the inner circle, given by one who has the magic password.’ By June 1905, the Book Review was raving about the novel, and by August literary New York could talk of little else.”

He was also, in his own right, a graduate of Harvard who, after teaching there for several years, went to England, where he was elected a fellow and lecturer at Trinity College in 1904. From 1919 until 1929, he was a tutor of the college and in 1931 was named a reader in constitutional history.

He lived from 1871 until 1949, when he died in his apartment at the Stanhope Hotel in New York City. He was a relative of the Stickneys, a prominent New York family that settled in Stonington in the early 20th century, and he often spent weeks each summer in Stonington.

And, as it happened, he was the grandson of Emma Willard, the American women’s rights activist who dedicated her life to education and founded the first school for women’s higher education, the Troy Female Seminary in Troy, N.Y., which opened in September 1821.

She traveled extensively promoting education for women and died, at age 83, in 1870 in Troy.

In 1895, the seminary was renamed the Emma Willard School in her honor.

Finding Lapsley’s marker in Poets’ Corner is no easy task, shaded and rather obscured by a large rhododendron, and if my late friend, Ashbel Green, a longtime and much esteemed editor at Knopf in New York, who also has his place in Poets’ Corner, had not told me who he was and where to look years ago, I would not know he was there. Few do.

Lapsley’s engraved flat marker, a 6-foot-by-3-foot slab of weathered stone, is just to the right of the headstone for Stephen Vincent Benet and his wife, Rosemary Benet, and set back a bit from that of Meredith Mason Brown, a lawyer and scholar, biographer of Daniel Boone and former president of the Stonington Historical Society.

A series of books called Queer Places, written by Elisa Rolle and dedicated to pointing out houses, schools and burial places of LGBTQ key figures, has this to say about Lapsley:

“He was a close friend of Henry James and Edith Wharton and was appointed Wharton’s literary executor in her will. He corresponded with Bernard Berenson and Isabella Stewart Gardner.

“After the death of his mother in 1888, Howard Sturgis (an American ex-pat novelist in Britain who wrote about same-sex love) moved with his lover, William Haynes-Smith, into a country house named Queen’s Acre, near Windsor Great Park. Their home was a familiar retreat for many other bachelors in Henry James’ circle, including Arthur Christopher Benson, Percy Lubbock and Gaillard Lapsley.

“Gaillard Thomas Lapsley was the son of Howard Lapsley and Katherine A. Willard. He was graduated from Harvard in 1893 and originally studied law. After teaching there for many years he went to England and became an authority on medieval constitutional history.

“Although ‘The County Palatine of Durham,’ published in 1900, was his only book, a selection of his articles was published posthumously in a volume entitled ‘Crown, Community and Parliament in the Later Middle Ages.’

“A memorial brass located on the north wall of the Trinity College Ante-Chapel reads (translated from Latin): ‘This inscription commemorates Gaillard Thomas Lapsley. A Fellow of the College for forty-five years, he served as Lecturer and Tutor, and in his writing and lecturing shed light on the origins of our laws and constitution. An American citizen, he loved the British way of life. At length he returned to his native country, where he died in 1949 at age seventy-six.”

In Poets’ Corner, the marker reads:

“Lecturer in History at Harvard University. Fellow, lecturer and tutor of Trinity College and reader of Constitutional History at the University of Cambridge.

“A man of wide culture and strong faith.”

“The eternal God is thy refuge and underneath are the everlasting arms.”

If those dates on his stone are correct, and why wouldn’t they be, he was 77 when he died, not 76 as Trinity College, alas, memorialized him.