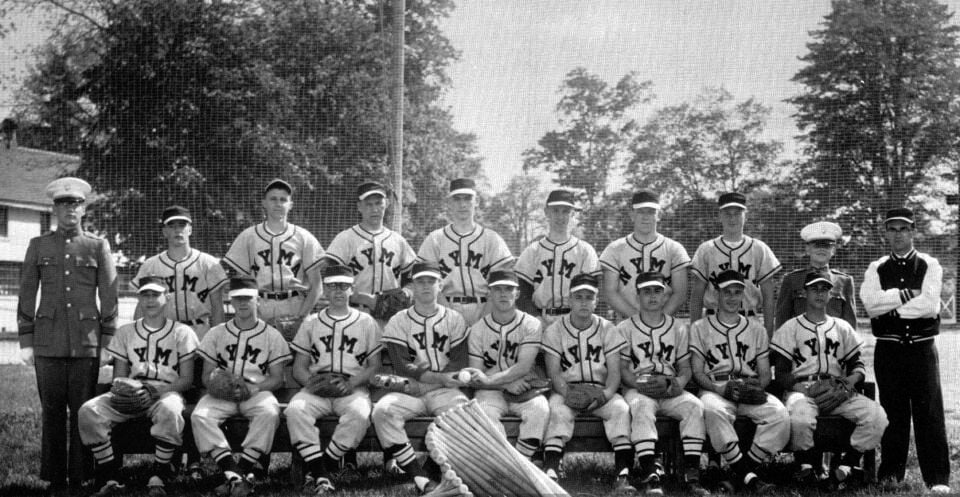 Donald J. Trump (fourth from left in the front row) and Barry Chasen, friend of the author (second from left in the back row) were teammates on the New York Military Academy baseball team in the late 1960s. 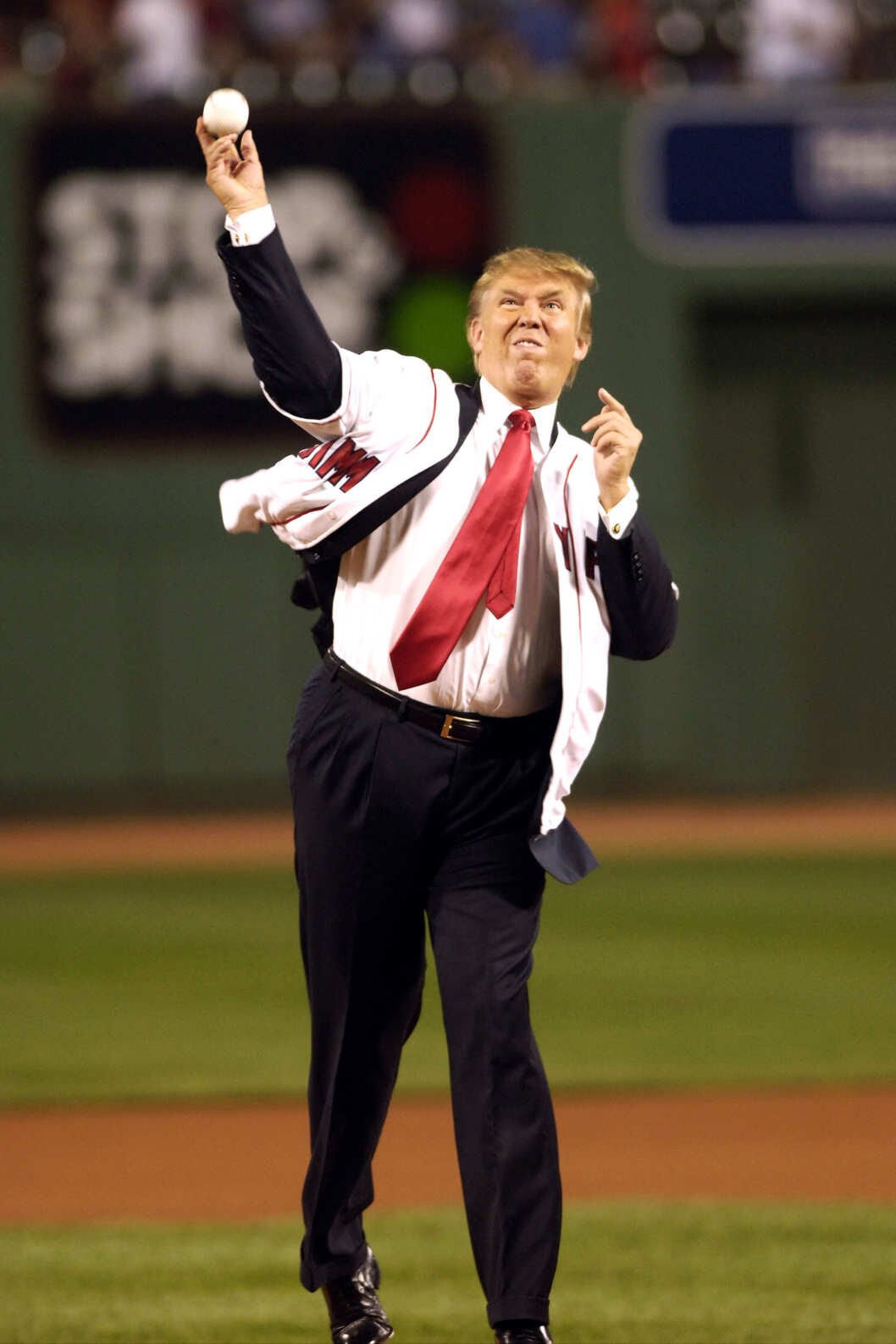 Donald Trump threw out the first pitch during a Red Sox game at Fenway Park in August 2006. (Shutterstock)

Donald J. Trump (fourth from left in the front row) and Barry Chasen, friend of the author (second from left in the back row) were teammates on the New York Military Academy baseball team in the late 1960s.

Donald Trump threw out the first pitch during a Red Sox game at Fenway Park in August 2006. (Shutterstock)

I first told this story in The Sun four years ago, almost to the day, after the 2016 presidential election, and it has been told elsewhere as well, but in the sorry spectacle of an abjectly petulant president refusing to acknowledge electoral defeat and prepare to give up his delusional sovereign claim on the White House it is well worth telling again.

Indeed, it is rather prescient, sadly enough.

The story begins with a childhood friend of mine in Norwich named Barry Chasen, whose career as an athlete, high school social studies teacher, multi-sport coach and umpire, already acknowledged by prestigious awards and local and state athletic and national coaching Hall of Fame inductions, was celebrated by the town of Windsor, Conn., earlier this year when the Windsor High School baseball field was named “Barry Chasen Ballpark.”

Not that it matters, but Barry and I grew up together, essentially from the cradle. We were raised in the same circles and played baseball and basketball together through our early teen years in Norwich. As I recall, I once hit a home run off of him in Little League, which is about where my baseball career ended as his was just gearing up.

Barry left Norwich for his schooling after our first year at Norwich Free Academy. He went off to the New York Military Academy, along the Hudson River in the shadow of West Point, on an academic, athletic and music scholarship.

After the military academy, a preparatory school, he entered Marietta College in Ohio, where, I’m fairly certain, the Cleveland Indians liked what they saw in him as a college ballplayer and drafted him after he graduated in 1969.

But before college, there was the military academy and baseball and the captain of the baseball team there, Donald J. Trump, a year ahead of Barry in school.

For the record, Barry is left-handed, the traditional attribute of first-basemen, since the throwing hand, the left, is more attuned to the inner playing field and leading the body into play. Donald Trump, who played first base in his time at the military academy, and captained the team, is right-handed.

Because of Trump’s stamp on first base, Chasen was consigned to the outfield.

On this particular day, the school was playing Connecticut’s Cheshire Academy, then one of the prep school powerhouses in New England.

As I mentioned, I’ve seen this story repeated in a book about Trump, in magazine pieces and newspaper stories. Since Barry is the source, I’ll let him tell it as he told it to me.

“Trump got upset. He said he was the first baseman, that he had been the first baseman for three years, that he was captain of the team and that no one takes it from him. The coach said OK. I ended up playing third base left-handed.

“I realized that day that somewhere along the line this guy would be highly successful. I’ve been coaching in high school for years and I don’t know too many high school kids who ever told the coach where they’d play.”

Reportedly, Trump also told the coach that he’d been playing first base longer than the coach had been running the team.

Barry also described young Donald as “a regular guy whose father just happened to have a lot of money. Cocky, if you had to call him something. Very confident.”

From what the country has seen in the course of four years, at least, and certainly since this election, a few other adjectives about his character would apply.

But the trait of divine entitlement evidenced in this long ago tale, as well as the ethos that “what might be good for the team means nothing next to what is right for me,” never showed any sign of compromise, not then and not now.