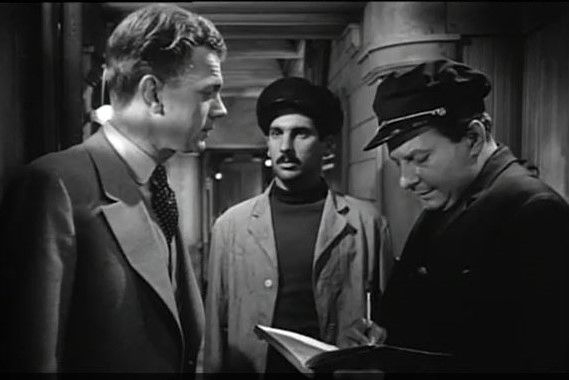 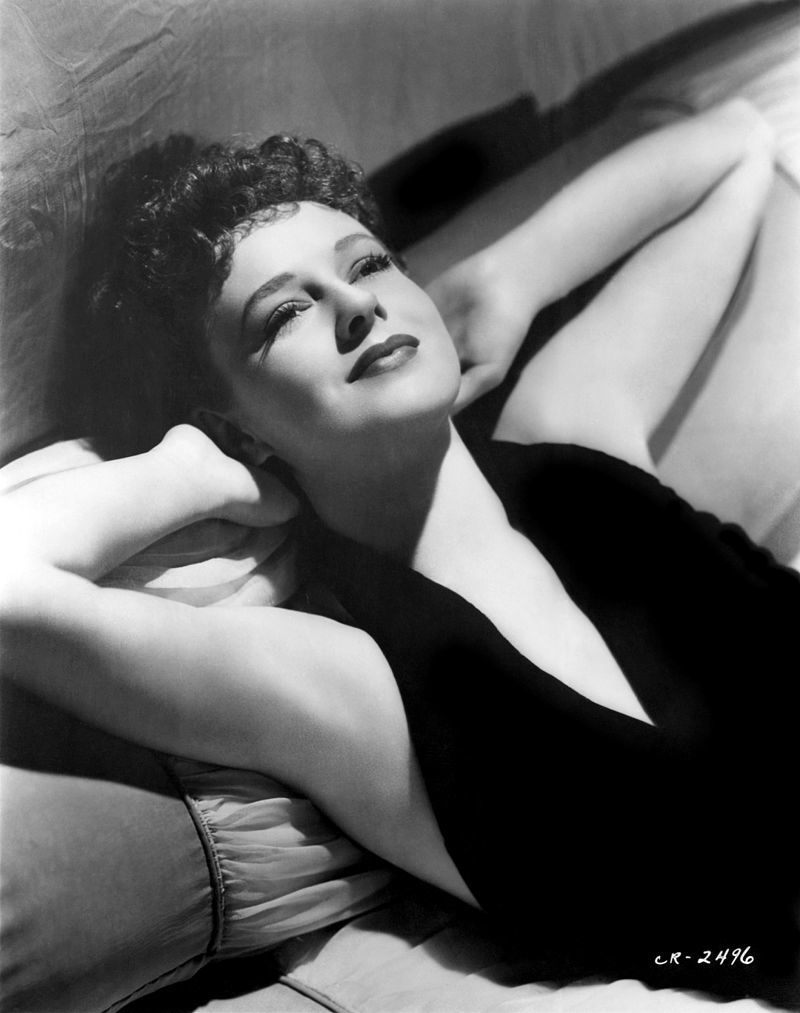 Another chapter in the wrenching life of Dorothy Comingore, the brassy Hollywood actress who starred in “Citizen Kane” but whose career disintegrated after she was blacklisted in the 1950s and, crippled by arthritis and travail, abetted by alcohol, through chance and good fortune spent her final years in the care of a kindly man who took her into his home and heart at Lords Point in Stonington.

This is the story of an early lover of hers who suffered the fate that befell her — blacklisted by his government for his political leanings. More bitter, if not brutal, the blacklisting came seven years after he was killed leading a patrol in France in World War II, fighting the fascist enemies of his country, and being awarded posthumously a Purple Heart.

Dorothy Comingore, as I wrote here last June, achieved stardom playing Susan Alexander, the mistress and later wife of newspaper tycoon Charles Foster Kane in Orson Welles’ classic 1941 film, “Citizen Kane.” She’d been raised in California, attended Berkeley, was discovered by Charlie Chaplin and embraced by Welles but had a reputation for standing up for herself on film sets, which didn’t endear her to the moguls.

In 1939, she married Richard Collins, a scriptwriter who was a member of the Communist Party. Later, in the Red Scare witch hunts of the late 1940s and early ’50s, disavowed his activities and named names before the House Un-American Activities Committee. Comingore also was called before HUAC. She declined to cooperate, and taunted those probing her past.

The consequences were draconian. She lost her acting career, lost custody of her two children, whom she had with Collins, lost her marriage, drank heavily, was institutionalized, was arrested on trumped-up prostitution charges and feared she was being followed and harassed by government agents.

By chance, during a winter storm in 1957, she, on the East Coast, and a motoring companion sought shelter at the Sea Village, a restaurant and inn on Hancox Street in Stonington Borough. Also there that night was John Crowe, who had a small store at Lords Point, a beach community a couple of miles up the road toward Mystic.

Crowe, also a rural postal carrier, invited the couple to his home, above his shop, the Crowe’s Nest, but soon dispatched the fellow with Comingore, whom he distrusted. Comingore stayed with Crowe. She stayed with him for the last 15 years of her life. She died at the end of December in 1971. She was 58.

The other day I received an email from a fellow in Los Angeles named Adam Newacheck, who said he was a film director researching a project about his great uncle, Robert Meltzer. He said that Meltzer and Comingore were not only intertwined in love and profession, but also in fate at the hands of HUAC. Those who knew Comingore here say she loved him dearly.

Meltzer met Comingore when they were both students at Berkeley, where he was an activist and became editor of the campus humor magazine, the “California Pelican.” Among his contributions, according to recently published pieces about him, was signing off on several pages of socialist artwork, which caused unrest on the campus, as well editorializing against bigotry in America and his generation’s proclivity for war.

From a recent issue of California Magazine, published by the Cal Alumni Association: “Two years after graduating, Meltzer migrated to Carmel. He tested his chops as a sketch writer and stage actor, frequently appearing alongside his then-girlfriend, Dorothy Comingore, a fellow Cal alumni and future film star. Their big break occurred when (Charlie) Chaplin, vacationing in Pebble Beach, caught one of their shows. … He urged them both to relocate to Hollywood.”

Meltzer worked with Chaplin and with Welles, and had a bit part in Welles’ 1943 film, “Journey into Fear” with Joseph Cotton. That same year, Meltzer, despite his earlier published attacks on U.S. militarism, enlisted in the Army. In the summer of 1944, he shipped overseas, joined the 2nd Ranger Battalion in France, and, as a freshly minted 2nd lieutenant, soon took over the 1st Platoon in Able Company.

On Aug. 15 of that summer, Orson Welles wrote him a letter: “Dear Old Bob: I don’t know whether I owe you this or not, but I’m writing it in the hope of another of your happy letters, and some word of your health and whereabouts ….”

There was no reply. A week later, on Aug. 21, Meltzer, leading a patrol, drove into an ambush and was killed instantly by German automatic weapons fire. He was 30.

As his relative, Jennifer Bowman, of Virginia, a cryptologic linguist in the Air Force from 1980 until 1987, wrote in a recent blog: “… My great uncle Robert Meltzer died fighting for the country that he loved and worked to defend.”

He was awarded posthumously the Purple Heart. In 1947, the Screen Writers Guild established the Robert Meltzer Award, at first to honor writers killed in battle but later presented to scriptwriters and actors who worked for “freedom of expression and the rights of the writer.”

Nevertheless, in 1951, seven years after his death, Meltzer was blacklisted by HUAC for his socialist sympathies of his younger days, and the Robert Meltzer Award was withdrawn in Hollywood. It would be another 40 years before it was again bestowed.

Jennifer Bowman paid Meltzer this tribute: “I did not know him. I never heard his voice or saw his smile. And I probably would not agree with all his politics. But still he matters. I’m proud of who he was and what he did, and I hope this begins to honor him in the way he deserves: patriot, writer, decorated Veteran, socialist, humorist, American.”