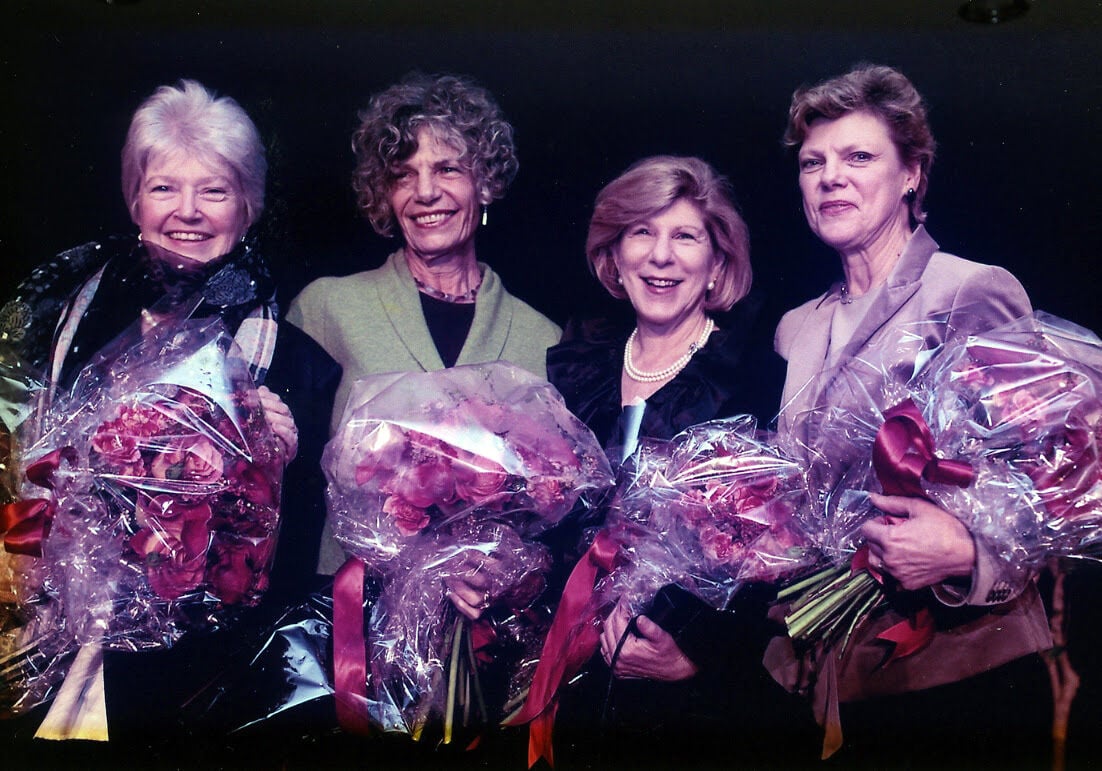 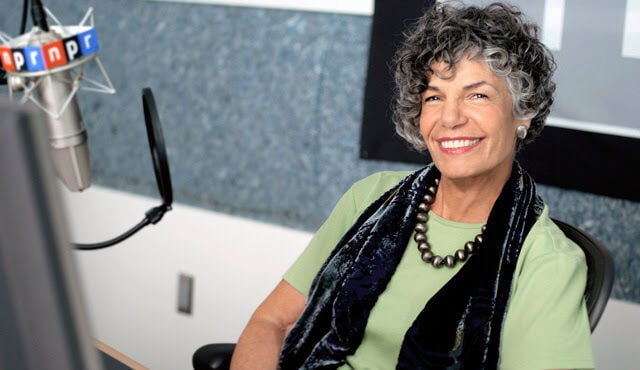 National Public Radio has been celebrating the 50th anniversary of its first original on-air broadcast (on May 3, 1971), and among the prominent celebrants are the women deemed the “Founding Mothers of NPR” — Susan Stamberg, Nina Totenberg and Linda Wertheimer. The fourth “Founding Mother,” Cokie Roberts, died of breast cancer at age 75 in 2019.

Stamberg was the first woman to anchor a nightly news program as cohost of “All Things Considered.” Totenberg, Wertheimer and Roberts were reporters.

What follows is the tale of my rendezvous of sorts with one of them — Stamberg — and my brush with fame and fortune, or at least a moment on “All Things Considered.” In brief, it did not end well.

Back in my early days of writing columns in New London, I tended to write about domestic things — trying to read my toddler son to sleep when all he wanted to do was talk, being hoodwinked by my 5-year-old daughter as she deftly extended her bedtime one evening by inventing a phantom raccoon in the backyard, how my children would crash a grandmotherly neighbor’s outdoor family luncheon every summer Sunday afternoon, that sort of stuff.

One of these pieces, published on Aug, 25, 1981, went over rather well with readers. It was about my fondness for washing the dishes. The headline was “Soap ’n’ Suds hath its charms.”

I wrote about the satisfaction I took from dishwashing and piling the clutter of dishes, glasses and pans in some kind of teetering abstract sculpture in the drainer. I mentioned that besides the sensory pleasure from immersing my hands and forearms in a stream of warm water, dishwashing also allowed me to look out toward the gardens and turn my back on whatever chaos unfolded at the dinner table.

I mentioned how I disliked the toil of drying and how I preferred the decadent “running water rub” to the more environmentally responsible “fill up the sink basin” approach which, to me, was akin to dipping my body parts into bilge water, and that whenever a plate or pan had been cleaned it should be spared the fate of another bath into what had to be a pool of tetanus-breeding bacteria.

I disdained the sink-side dishwasher, a not unattractive appliance, trusting that truth was only to be revealed in personally tackling pans with encrusted eggs, singed rice, fried milk or blackened popcorn and relaxing with a mere greasy spoon or blender blade.

Whatever neuroses this essay unveiled, readers apparently liked it.

This was also the time when a segment of “All Things Considered,” which we listened to through dinner and its aftermath, was dedicated every so often to columns written by folks here and there throughout the land. The pieces either were read by Stamberg or her co-host or the columnist herself or himself.

Someone urged me to send the dishwashing piece to NPR or “All Things Considered” directly.

I did. I am no longer certain about the timeline, but at some point I received a call from an “All Things Considered” producer saying the program would like me to read the column on the air. I was to drive to Connecticut Public Radio studios, which I recall were then in Middletown, or maybe Hartford. Again, I may have the location wrong, but I trust I’m in the vicinity.

I was told I would be interviewed by Stamberg and would be asked to read portions of the column.

In retrospect, I want to say I was not properly prepped. I have to blame somebody. That is, I was alone in a studio, headphones on, sitting in silence when suddenly Stamberg was on the air in my ear with a high-octane how-do-you-do and here-we-go. I was taken aback by her energy and didn’t know how to respond at her level.

I later learned she had just been reporting on some horrific military bombing costing American lives in the Middle East, and then had to shift to me and washing the dishes.

The segment, thankfully, was being taped for later play, and after I stumbled, or mumbled, and apologized, a producer stepped in and it was decided to start over again.

Stamberg, ever the professional, tried to muster the same enthusiasm. I managed some degree of buoyant chatter, read a few paragraphs from the column, answered her questions about our domestic routines and even attempted humor with some lame comments about marital conflict over profligacy with using paper towels.

As I remember, the interview ended swiftly, and mercifully.

I honestly am not sure it ever aired on “All Things Considered” or anywhere else, though a friend told me she did hear it at some point, but at what time of day or during what programming was not clear.

Susan Stamberg continued on in what is rightfully lauded as a legendary career at National Public Radio, including her annual recitation of her late mother-in-law’s recipe for cranberry relish sauce known as “Mama Stamberg’s Cranberry Relish Recipe” each Thanksgiving. I kept writing columns and contentedly washing the dishes.

But, without wincing at deploying such an apt but predictable cliché, my future in broadcasting, and certainly my moment to sparkle, sort of was washed right down the drain.

Juneteenth, recalling end of slavery, is marked across U.S.

In The Easy Chair with Deborah Royce

In My Own Shoes: Greenberg taught me everything I need to know

Postscripts: Choice of artwork in front of Groton Public Library caused quite a flap