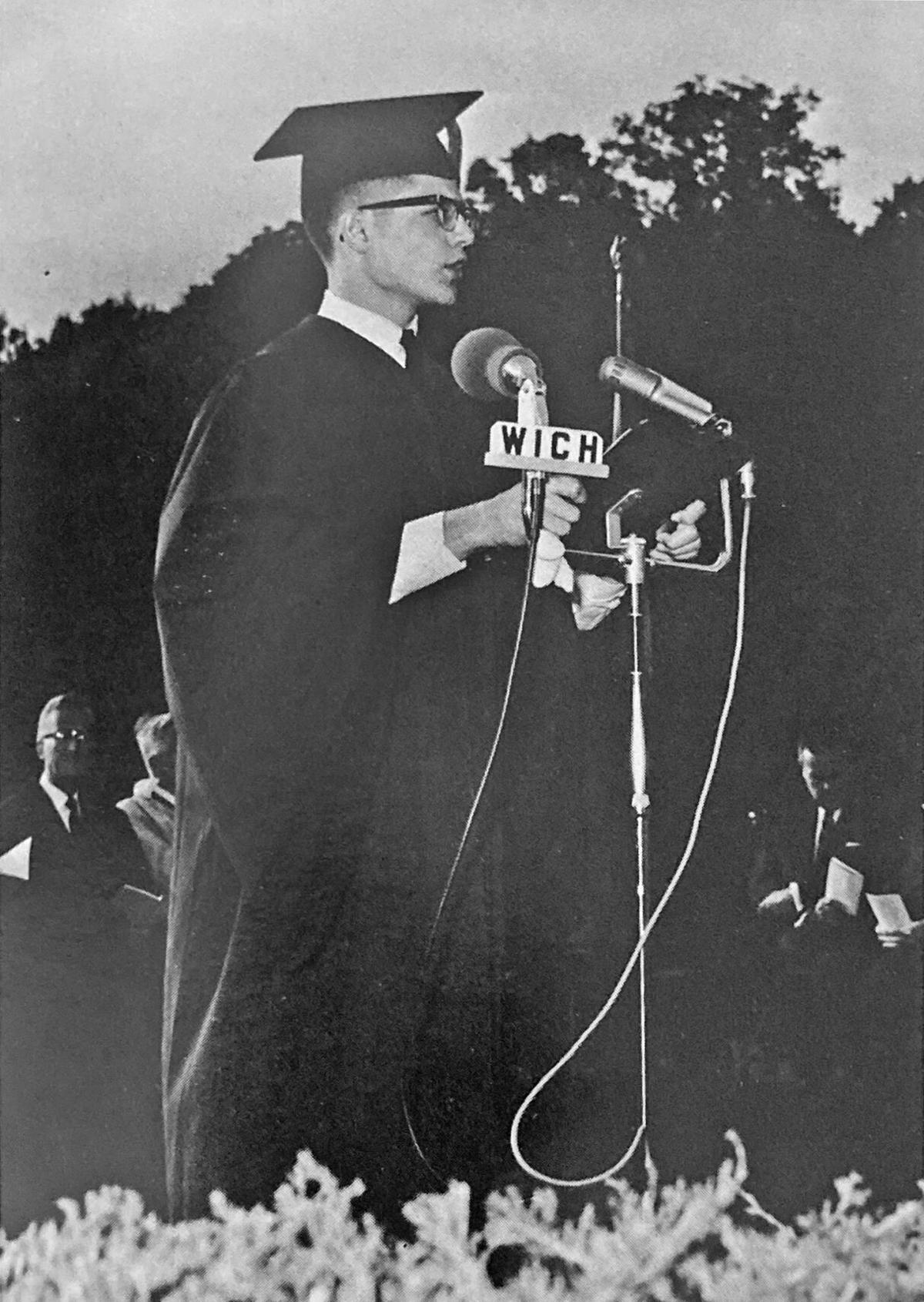 Eugene Mallove delivering the Ivy Oration at the Norwich Free Academy Class of 1965 graduation in June 1965. 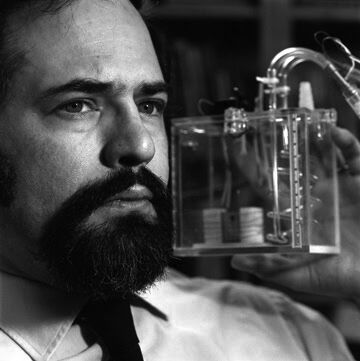 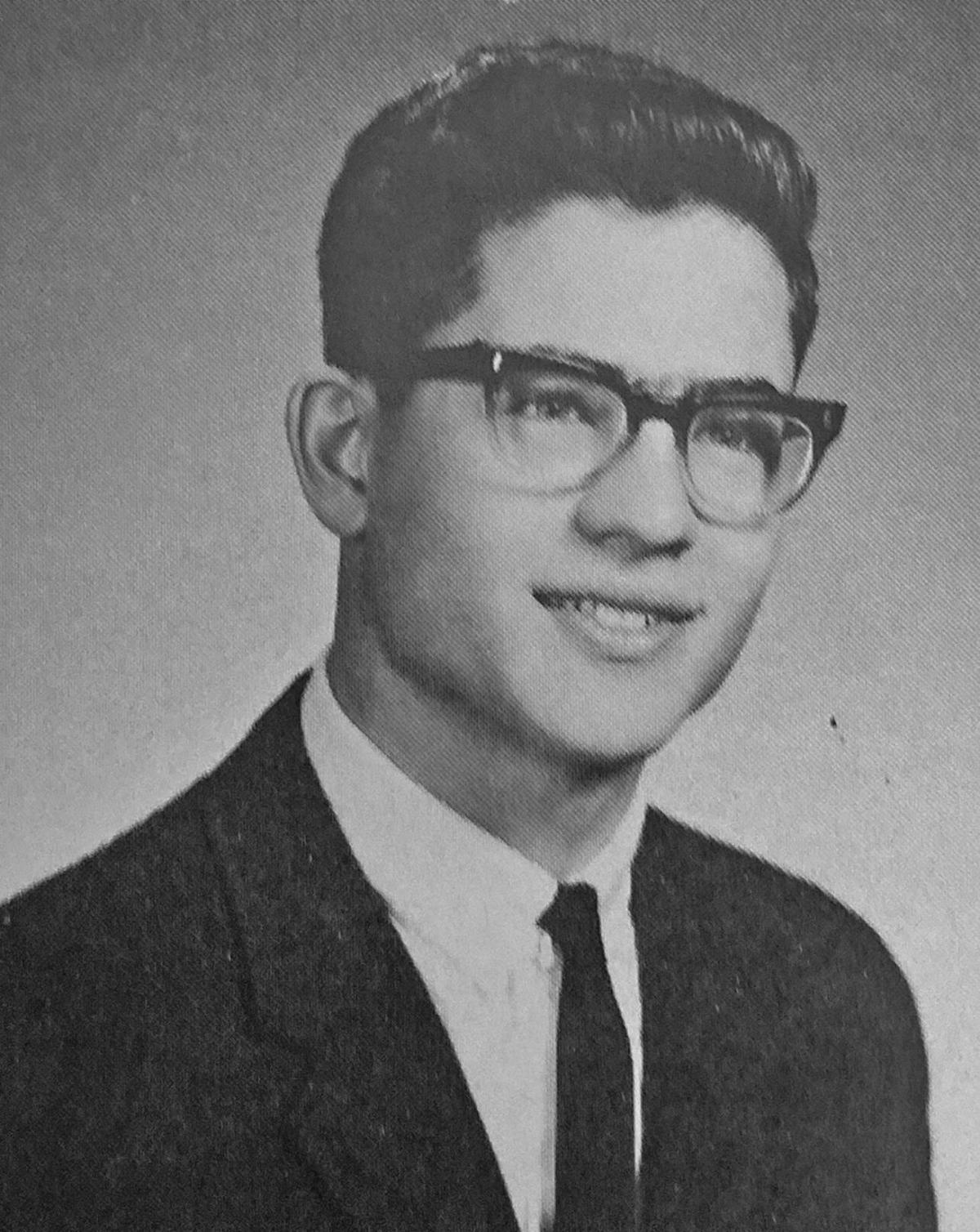 Eugene Mallove in the Norwich Free Academy Class of 1965 yearbook.

Eugene Mallove delivering the Ivy Oration at the Norwich Free Academy Class of 1965 graduation in June 1965.

Eugene Mallove in the Norwich Free Academy Class of 1965 yearbook.

In the latest issue of The New Yorker is a long and, to me, confounding story titled: “Can Nuclear Fusion Put the Brakes on Climate Change?”

The subtitle is: “Amid an escalating crisis, the power source offers a dream — or a pipe dream — of limitless clean energy.”

No scientist, never mind physicist, I do understand a part of the story because it keenly evokes perhaps the eeriest episode in my career as a journalist: the brutal murder in May 2004 of Eugene Mallove, a childhood friend and high school classmate in Norwich, who, at the time of his death, was a leading exponent of cold fusion, a complicated and still highly controversial form of nuclear energy.

On the morning of the day he died, Mallove had left a voice message for me at my desk in the newsroom, saying he was back in town and suggesting we get together to talk about old times. He also called to express regret about the tone he’d taken the day before when I called him at his home in Bow, N. H., and he unleashed rather healthy invective toward a local physicist known for debunking cold fusion.

He had come down to Norwich to deal with evicting tenants who had failed to pay rent at what had been his boyhood home on Salem Turnpike in Norwich, which he also feared was falling into disrepair.

Hours later, on that Friday night, Mallove, who was 56, was murdered there. Norwich police initially said he died of wounds to the head and neck and that they suspected robbery as the motive. A Norwich detective later described what he saw, as reported in a July 2016 story in Foreign Policy magazine: “‘His face looked like it went through a frickin’ meat grinder.’”

Gene and I were never that close, but we had grown up together. We were the same age, had gone through years of religious school together and were in the same class (1965) at Norwich Free Academy, in which Gene was one of the top five students (out of 720), earned the honor of delivering the Ivy Oration at graduation as well as a number of academic honors, and went off to the Massachusetts Institute of Technology.

He earned a B.S. and master’s in aeronautical and astronomical engineering at MIT and then a doctorate in environmental health sciences at Harvard.

What I later learned about Mallove was that appearances can indeed be deceiving, no matter how much intelligence can be intimidating. He had all the makings of the inscrutable nerd: thick glasses, soberly dressed, dark hair neatly groomed, but housed within all that convention was a wry sense of humor, a fertile imagination and genuine love of writing.

His mother, Gladys, a graduate of Connecticut College, taught math for 40 years at NFA and his father, Mitchell, was a plumber.

I’d written about Gene a couple of times since we’d graduated from high school. He’d been making the rounds, in 1997, as a proponent of cold fusion credited as a technical advisor for the film “The Saint,” a techno-thriller starring Val Kilmer with cold fusion cast as the prize.

He was also founder and editor of Infinite Energy magazine, dedicated to cold fusion.

The New Yorker story says this about nuclear fusion:

“The accelerating climate crisis makes fusion’s elusiveness more than cutely maddening. Solar energy gets more efficient and affordable each year, but it’s not continuously available, and it still relies on gas power plants for distribution. The same is true for wind power. Conventional nuclear power has extremely well-known disadvantages. Carbon capture, which is like a toothbrush for the sky, is compelling, but after you capture a teraton or two of carbon there’s nowhere to put it. All these tools figure extensively in decarbonization plans laid out by groups like the Intergovernmental Panel on Climate Change, but, according to those plans, even when combined with one another the tools are insufficient. Fusion remains the great clean-energy dream — or, depending on whom you ask, pipe dream.

“ … Two respected chemists at the University of Utah, Stanley Pons and Martin Fleischmann, convinced the public that they had produced nuclear fusion at room temperature, in what looked like a jar with a little mixer stick in it. They announced their results in a press conference (in 1989) before they published their data or methods. Pons and Fleischmann were featured on the cover of Time. … When Pons and Fleischmann finally published a paper, they were suspected of having fudged their data. No one was able to reliably reproduce their results.”

The two chemists, said the Foreign Policy piece, “by using what amounted to a car battery had been able to run an electrical current through a cathode made of palladium, a rare metal, in a jar of heavy water. The water temperature had risen from 30 to 50 degrees Celsius, remaining there for nearly four days.

Mallove was at the press conference and came away persuaded cold fusion was the answer. He launched his magazine and turned his basement in New Hampshire, where he lived with his wife and two children, into a lab for cold fusion experiments.

He argued with detractors, both in academia and the government, and around the world, and he had his legion of respected supporters.

He was ceaselessly seeking funding for the magazine, and rather than sell his childhood home, to which he was attached, he elected to rent it for income. It was the headaches in dealing with tenants that brought him to Norwich and the confrontation with the son of the tenants and another fellow. They ended up beating Mallove and crushing his trachea, which ultimately caused his death, and trying to stage the murder as a robbery.

After an arrest of two men days later eventually proved erroneous, police, through a tip, extracted a confession from one of the assailants. In 2012, one was sentenced to 16 years for first-degree manslaughter, and in 2015, the other to 58 years for murder and conspiracy to commit murder.

Gene Mallove had one more bit of news in his voice message on that Friday morning. The U.S. Department of Energy, he said, had agreed just that spring to take another look at cold fusion. As I once wrote, he and his hope for the world, the message was, were still alive.