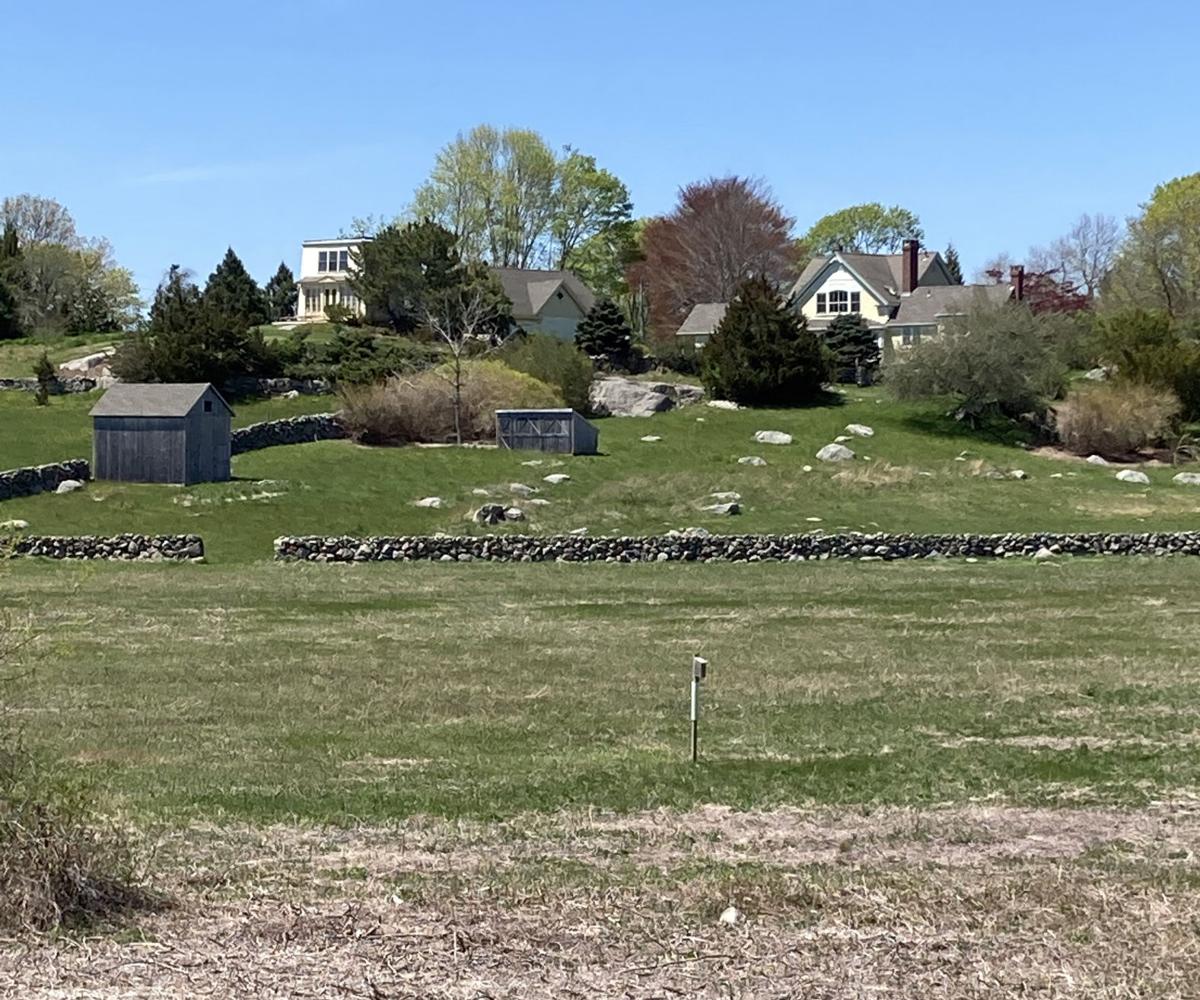 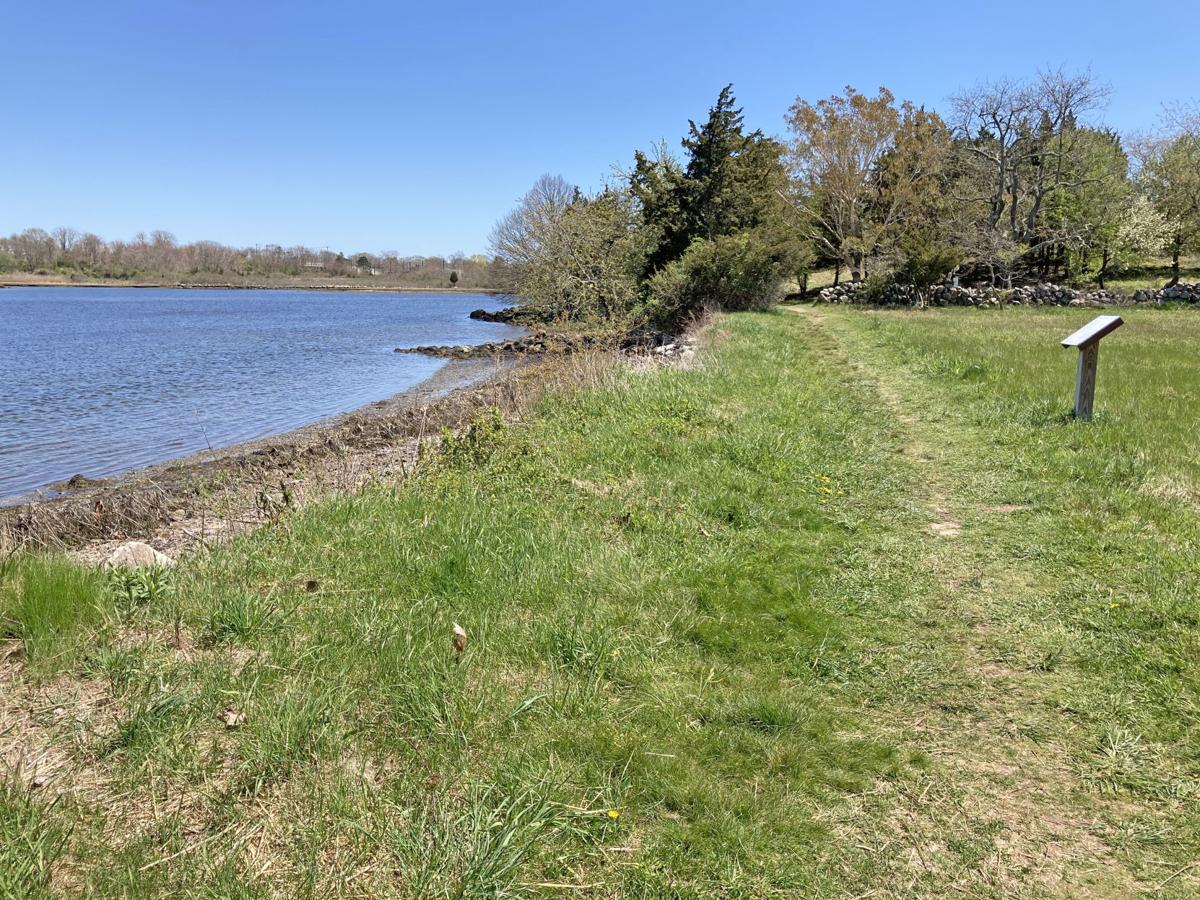 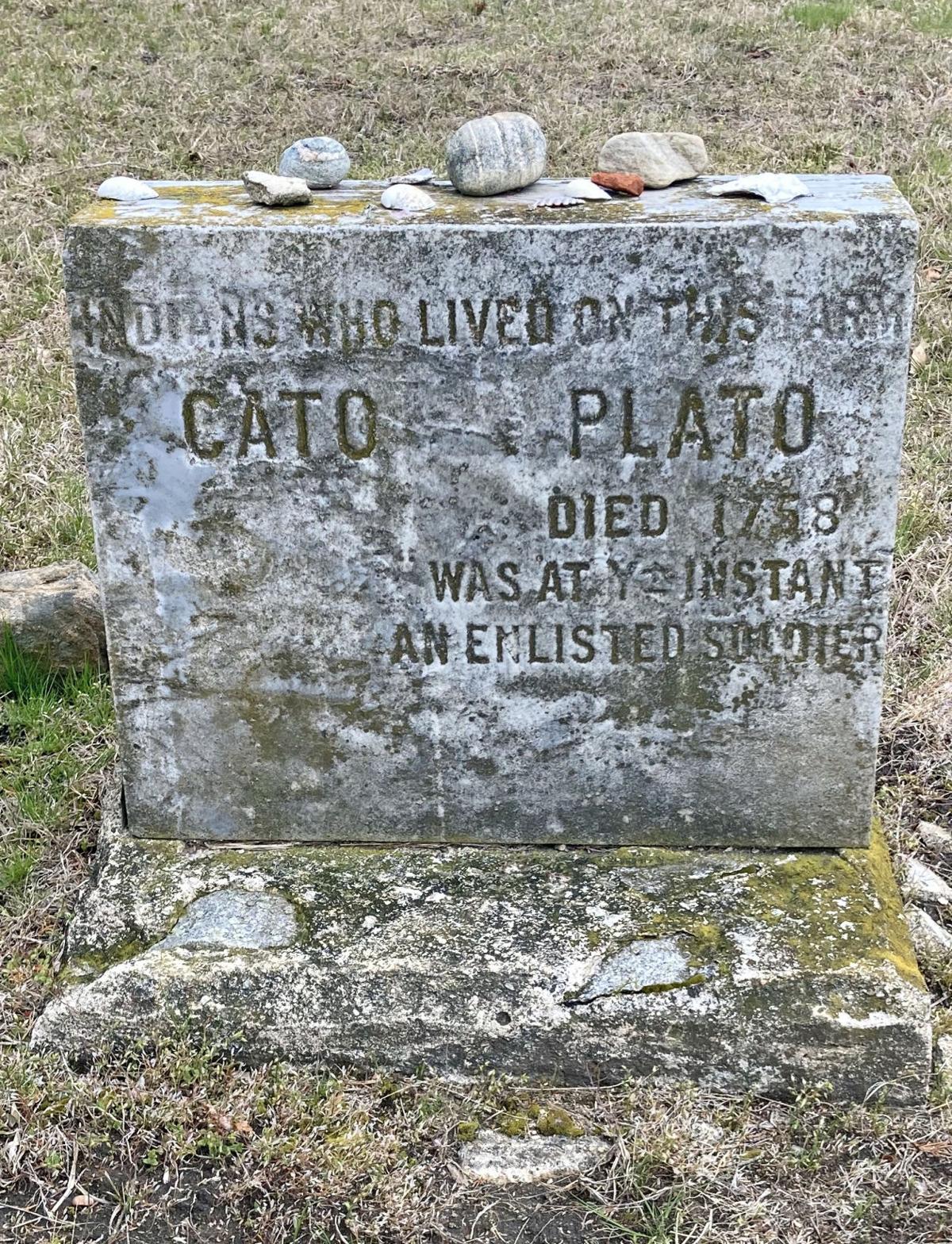 A gravestone in Miner Cemetery adjacent to the Knox Preserve for Cato and Plato., two Native Americans. Steven Slosberg, Special to The Sun 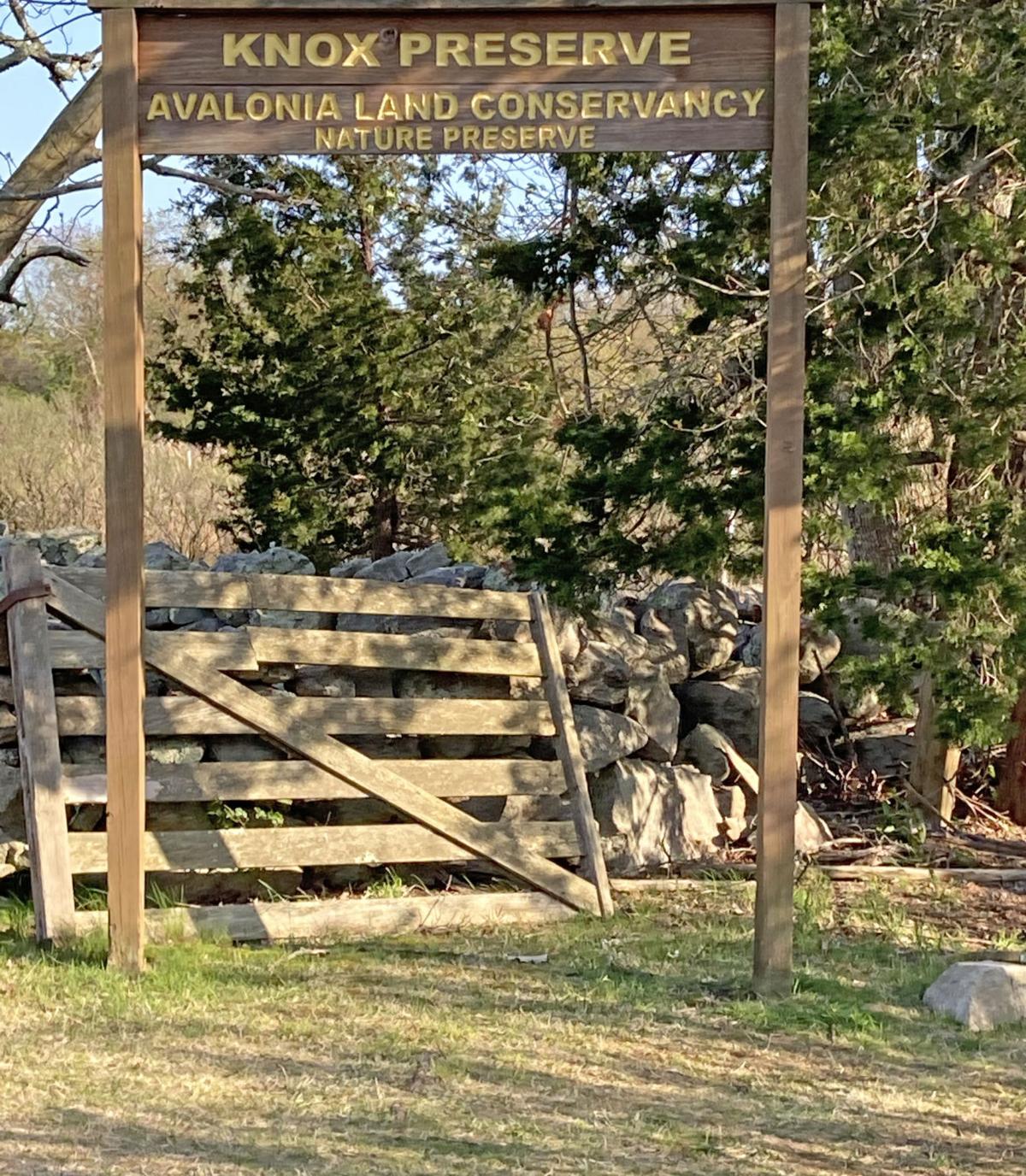 Knox Preserve, off Wilcox Road in Stonington, is part of the Avalonia Land Conservancy's holdings. 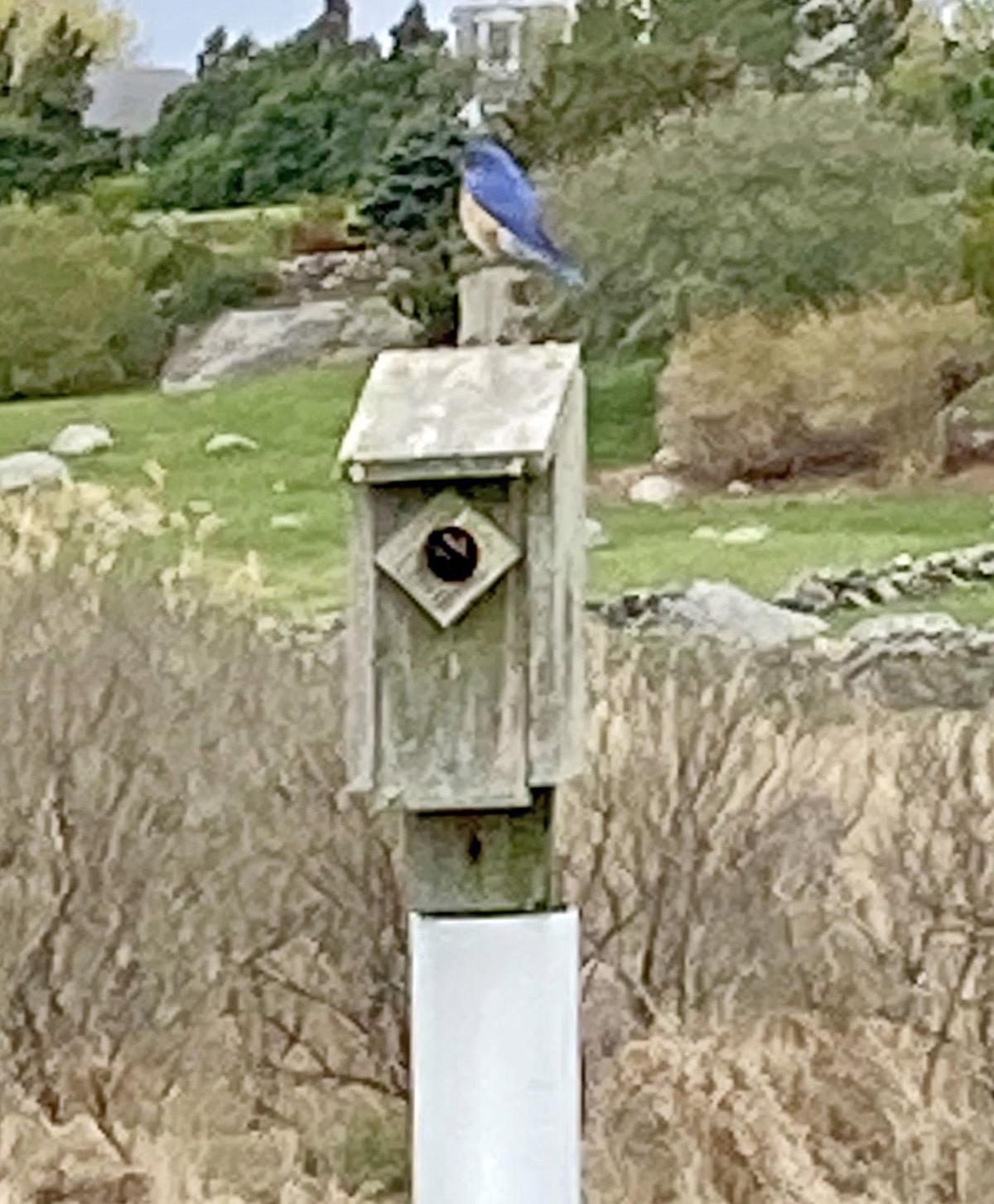 A male bluebird perched on a post at Knox Preserve in Stonington. Steven Slosberg, Special to The Sun

A gravestone in Miner Cemetery adjacent to the Knox Preserve for Cato and Plato., two Native Americans. Steven Slosberg, Special to The Sun

Knox Preserve, off Wilcox Road in Stonington, is part of the Avalonia Land Conservancy's holdings.

A male bluebird perched on a post at Knox Preserve in Stonington. Steven Slosberg, Special to The Sun

In 1995, what was then the Mashantucket Land Trust decided to change its name because members deemed that its mission of open space preservation did not jibe with that of the Mashantucket Pequot Tribal Nation, which had received federal recognition in 1983 and proceeded to open a bingo hall and then its massive Foxwoods casino a few years later on its sovereign land.

Among the new names suggested for the land trust, which was formed in 1968, was one of pure genius: “The Mustn’t Touch It Land Trust.”

Despite its accuracy and wit, it was decided that the name was not quite respectful enough. Instead, Avalonia, referring to the region of igneous and metamorphic rock formations underlying southeastern Connecticut, was chosen, and hence the Avalonia Land Conservancy.

Of the more than 30 tracts and properties under Avalonia’s stewardship throughout the region, one that epitomizes the “mustn’t touch it” ethos is the sanctuary-like, 17-acre Knox Preserve, just off Route 1 between Mystic and Stonington and bordered by the breezes of Quiambaug Cove and airy vistas of Long Island Sound, and these days aflutter with that bird of happiness, the Eastern bluebird.

According to the Avalonia Land Conservancy’s guide to its holdings, the late David D. Knox, a surveyor living in Stonington, purchased the acreage in 1968 to fend off its potential for industrial development. The land was zoned for industry, and Knox, arguing that Stonington was being over-developed, bought the land after a court fight over a proposal to build a magnesium plant there. Twenty years later, in 1988, Knox donated the parcel to the then-Mashantucket Land Trust.

With at best a mile or so of well-worn trails, past grassland and shrub land and through a spate of woodland and along water and stone walls, the Knox Preserve is hardly a challenge for the dedicated hiker, but its purpose, perhaps, is more as an easily traversed respite for all ages, paces and degrees of mobility, and as a magnet for birders.

It has been well-tended, and affords benches, if only two or three, but at just the right places. Several years ago a team of researchers from Trinity College in Hartford furnished the preserve with explanatory signs about the various habitats and bird species. From a bench on a modest crest by the Amtrak tracks, the view to the west across open fields toward distant homes rising along Wilcox Road reminds me of the English countryside, especially parts of coastal Dorset.

Osprey nests are nearby and the sky is alive with the fish-eating raptors making their dining rounds. Red-winged blackbirds, chickadees, ducks and gulls were about and aloft, as were, no doubt, who knows how many other feathered songsters whose calls I appreciate but whose identity remain lost on me. I’ve read there are purple martins in abundance, and there’ll be no argument from me.

Not everyone might view a colonial-era cemetery as an enhancement to any neighboring property, but the Knox Preserve is cheek-by-jowl with the serene and tidy Miner Burial Ground, with roughly 100 or so graves, some dating to the early and mid-1700s. (Miner, by the way, is also spelled Minor in colonial records.)

In the upper left corner of the cemetery is a stone marking the graves of Cato and Plato, two Native Americans who lived and worked at the Miner farm.

“The story of the Knox Preserve history … becomes even more interesting as one goes back a few hundred years …,” reads the Avalonia history. “The piece of land was originally owned by Thomas Minor, the settler that is one of several featured on the Stonington Founders Monument (along Palmer Neck Road). Records show that Minor probably first acquired the land sometime around 1652.”

Minor is also remembered for his diary, one of the few to survive since the first settlements in the 1600s. “In addition to the unique vocabulary and spelling,” the history goes on, “and among the insight provided into daily tasks of the 17th-century farmer, Minor recounts first-hand interactions with Native Americans.”

The Knox Preserve is a model of what public benefit results from a philosophy of “mustn’t touch it,” situated as it is, with a former factory producing tax revenue as a nuclear engineering, design and project management services company on the opposite side of Quiambaug Cove; high-end housing along Wilcox Road contributing high-end property taxes and a multi-use office building near the preserve entrance also paying its way.

Stonington has gained far more, and for the foreseeable future, from this most welcoming public preserve, a lovely refuge, indeed, a precious gift from a privileged benefactor, than what any developer or industrial zoning might have delivered.