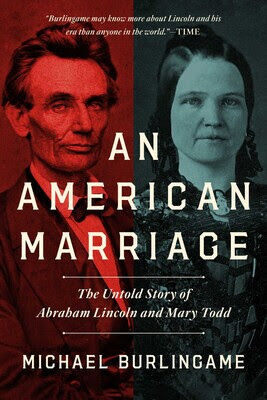 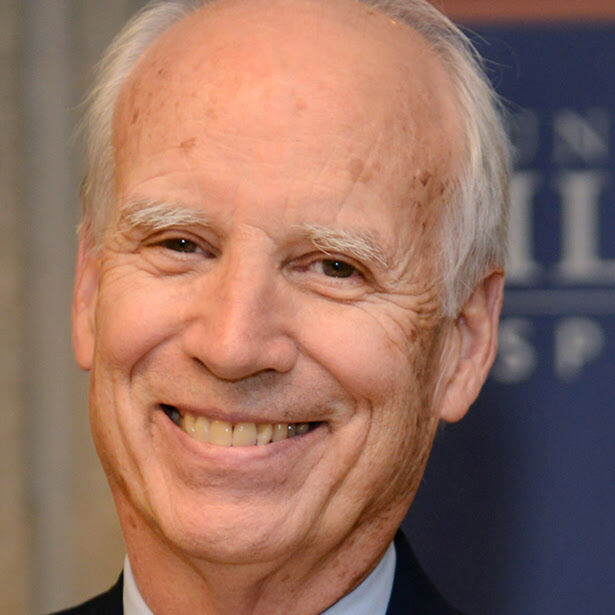 Hailed by Time magazine as “a towering figure in Lincoln scholarship,” Michael Burlingame, who lives on Masons Island in Stonington, has attracted headlines and challenging reviews with his most recent book: “An American Marriage: The Untold story of Abraham Lincoln and Mary Todd,” published in June by Pegasus Books.

In it, Burlingame, who taught history at Connecticut College in New London from 1968 until 2001 and, in 2009, joined the faculty of the University of Illinois at Springfield, posits that Lincoln’s marriage to Mary Todd was, in short, hell on earth.

“Most scholars have approached Mary Lincoln’s shortcomings with compassion, excusing all but the worst of her sins on account of her traumas and mental illness,” wrote Amy S. Greenberg in her review of Burlingame’s book in The New York Times last month.

“But Michael Burlingame … believes this sympathy is misplaced and has obscured a central truth about Lincoln: that his home life was, as Lincoln’s law partner, William H. Herndon, put it, ‘a burning, scorching hell.’ ‘An American Marriage’ forcefully argues this thesis in a series of lively chapters designed to discredit the possibility that the Lincoln marriage was happy, functional or loving.”

Burlingame, holder of the Chancellor Naomi B. Lynn Distinguished Chair in Lincoln Studies at the University of Illinois at Springfield, won the 2010 Lincoln Prize and was a co-winner of the annual book prize awarded by the Abraham Lincoln Institute, for his two-volume “Abraham Lincoln: A Life” (2008).

In an interview with Daniel Weinberg, owner of the Abraham Lincoln Book Shop in Chicago, Burlingame readily conceded that Lincoln was emotionally distant and far from an ideal husband. He also attributed much of Mary’s behavior to what must have been bipolar disorder as well as depression, debilitating migraines and menstrual disorders, the death of her mother when she was six and the loss of three of her four children as well as, of course, the murder of her husband while they were sitting together watching a play at Ford’s Theater.

Nevertheless, in Burlingame’s telling, Mary is a spendthrift, a woman prone to accepting lavish gifts from men and urging patronage appointments on their behalf, misappropriating federal funds, pilfering White House property and falsifying bills to cover her spending, exhibiting an explosive temper and possibly humiliating her husband by having an affair with a lobbyist and perhaps other men.

If there was any positive consequence of her manic behavior and Lincoln’s inability to meet her needs, said Burlingame, it was the inadvertent push to Lincoln’s political ambition and investment in politics by his decision to stay away from home because life was so disagreeable there and instead dedicate his energy to networking. Once elected, said Burlingame, Lincoln displayed a remarkable ability to work with difficult people, likely due to his life with his wife as well as his own temperament.

In her review, Greenberg, a historian at Penn State University, takes Burlingame to task for presuming to prove that someone else’s marriage is miserable, “particularly when neither of the parties will admit as much.”

“Given how much few of us fully understand the marriages of close friends, siblings or even our parents, how is one to unlock the mystery of the Lincoln marriage?” she wrote.

“ … (Burlingame) relies heavily on written accounts by the Lincolns’ contemporaries, most of which were composed after Abraham’s death by individuals unfriendly to Mary, and on journalistic accounts published during the couple’s years in the White House.

“He also draws on modern psychology. Research into the mental state of abused spouses provides an explanation for why the 6-foot-4 Lincoln evinced so little concern over the physical abuse he sustained by his 5-foot-2 wife,” she wrote with pointed skepticism.

Greenberg sums up: “At the heart of this volume is the bold claim that Abraham did not love his wife and deeply regretted his marriage. Burlingame aggressively criticizes scholars who have suggested otherwise by interrogating the objectivity of their sources. Whether his own would withstand similar scrutiny is impossible to determine, given that the volume provides no citations (although an appendix suggests that research notes can be accessed online).”

Burlingame, in his interview with Weinberg of the Abraham Lincoln Book Store, counters that there are footnotes for virtually every sentence in his book but, in a decision made with his publisher, rather than add 150 pages of footnotes to a 300-page book, the source material is posted online at the University of Illinois Springfield Center for Lincoln Studies.

As for his conclusions about the Lincoln marriage, Abraham Lincoln’s emotional distance and Mary Lincoln’s dysfunction, Burlingame asserts that an obstacle historians often confront is proving irrational behavior.

“Much of what we historians say is educated guesses,” he said.

Based on Burlingame’s scholarship and record of lauded publications, particularly well educated.

And there is more to come.

In November, Pegasus Books will publish Burlingame’s “The Black Man’s President: Abraham Lincoln, African-Americans and the Quest for Racial Equality.”

An advance blurb for the book reads, in part:

“In a little-noted eulogy delivered shortly after Lincoln’s assassination, Frederick Douglass called the martyred president ‘emphatically the black man’s president,’ the ‘first to show any respect for their rights as men.’ To justify that description, Douglass pointed not just to Lincoln’s official acts and utterances, like the Emancipation Proclamation or the Second Inaugural Address, but also to the president’s own personal experiences with Black people. Referring to one of his White House visits, Douglass said: ‘In daring to invite a Negro to an audience at the White House, Mr. Lincoln was saying to the country: I am President of the black people as well as the white, and I mean to respect their rights and feelings as men and as citizens.’”