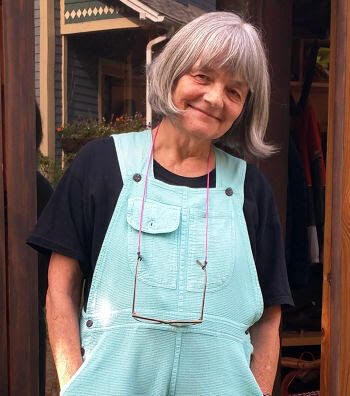 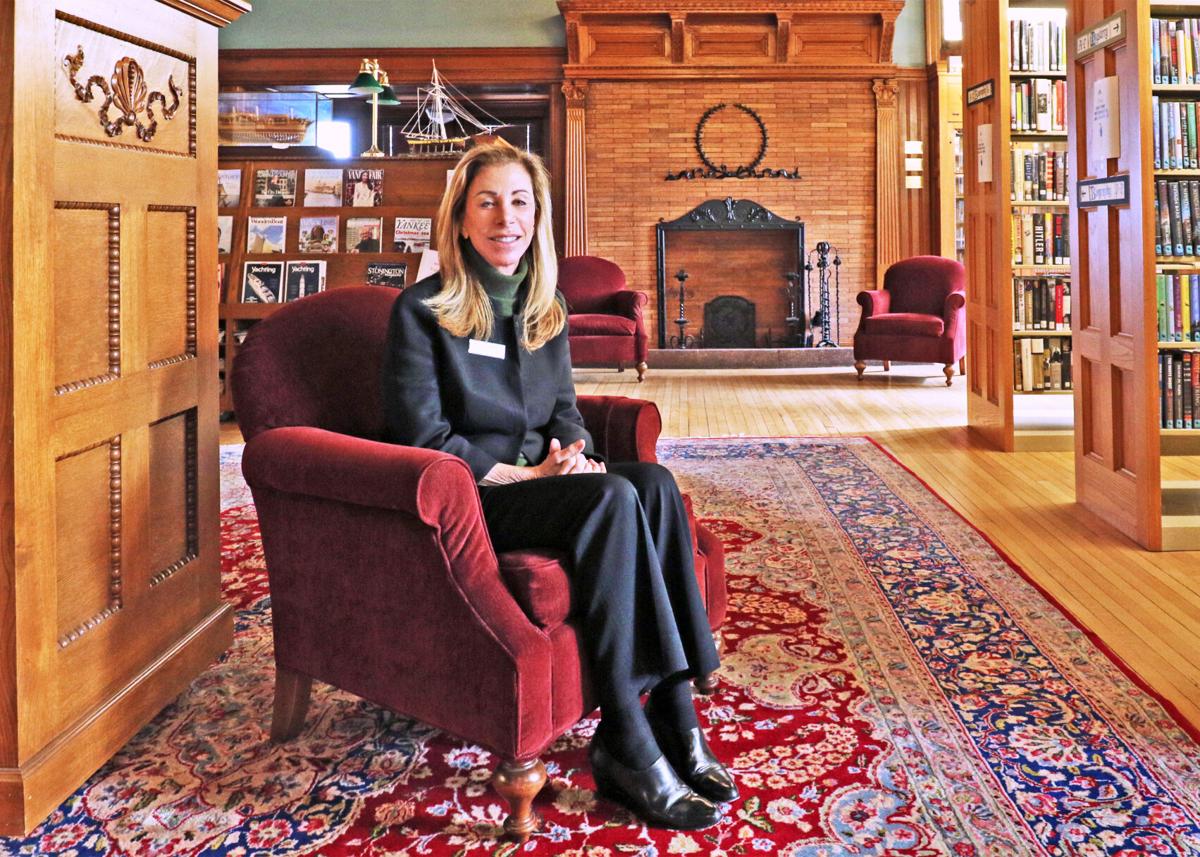 Christine Bradley, the new executive director of the Mystic-Noank Library, was one of the original drivers of “One Book, One Region.” Harold Hanka, The Westerly Sun

Christine Bradley, the new executive director of the Mystic-Noank Library, was one of the original drivers of “One Book, One Region.” Harold Hanka, The Westerly Sun

‘One Book, One Region” is approaching its 20th year of choosing and promoting a book to be read and discussed by Eastern Connecticut residents of high school age and older, and two women instrumental in the initiative’s founding and development but who had moved on have made a presence here again.

One is Jane Johnson who, as Westerly Public Library’s community services manager in 2001, actually had no idea she was the person who essentially inspired what became “One Book, One Region.”

In November 2001, Jane Johnson was leaving the post office in Stonington Borough and on her way to Providence when I was heading into the post office. She asked what I was doing that day and would I like to join her at a gathering of librarians, educators, adult literacy representatives and arts and culture folk to help launch the Ocean State on a “One Book” mission.

Other states such as Kentucky, Arkansas and Virginia had done it, and cities including Chicago, Rochester and Buffalo and Minneapolis-St. Paul, too. Seattle was the first.

I’d never heard of such an endeavor and, though I was unable to join Jane in Providence, proposed in a column published on Nov. 18, 2001, that Eastern Connecticut, or at least southeastern Connecticut, do the same. Then the librarians took over.

Jane and her husband, musician and educator Kit Johnson, moved from Stonington several years ago to a cohousing community in the Pioneer Valley near Amherst, Mass. I heard from her again a couple of weeks ago when she sent out notice that she’d published a collection of poems — “Maven Reaches Mars: Home Poems and Space Probes in Four Fascicles.” Her life’s work, it was published by Levellers Press in Amherst, and Jane, true to her philosophy and calling to activism, said she was not listing the volume on Amazon. It is also available at amherstbooks.com and broadsidebooks.com.

“You who know me well,” she wrote, “will not be surprised to learn that I have purposely, so far at least, avoided buying into, or asking you to buy into, that corporate beast.”

She spent years at the Westerly Library booking poetry readings and other literary events and she knows her way with words. She earned a Master of Fine Arts from Goddard College in Vermont, studying with Stephen Dobyns, who lives in Westerly and is a poet, novelist, essayist and short story writer, as well as poets Thomas Lux, Louise Gluck, who just won the Nobel Prize in Literature, and Donald Hall.

She said she took the title for the volume, some 90 poems written over 50 years, from a headline in The New York Times. Here is one of the poems:

The few he chose

where he took in

saved it up, always

on the look out

rising to the top

of each silo’s high

to hang up there

until he felt the time

Chris Bradley was named librarian at Mystic-Noank in early December. She had been the executive director of the Norwalk Public Library, and before that president of the Connecticut Library Association as well as a two-time recipient of the CLA Special Achievement Award.

I met her when she and Betty Anne Reiter of the Groton library began working on the “One Book, One Region” project. “On Jan. 15, 2002, with the help of Eastern Connecticut Libraries, a meeting was held at the (Groton) library with a group of enthusiastic supporters and the One Book, One Region program was born,” says the program’s website. “Since 2002, a committee of librarians, educators and interested community members has gathered to choose the ‘one book’ for all in Eastern Connecticut to read. The goals of the project are: To bring the community together to discuss ideas; to broaden appreciation of reading and to break down barriers between people.

“Over the eighteen-year history of One Book, One Region, thousands of residents have joined together to read and discuss a good book and, in the process, talked about tolerance, bullying, freedom of speech, civil liberties, literacy, the Holocaust, immigration, and child trafficking. We’ve also initiated conversations about addiction, justice, human rights, and compassion.

“The program has grown over the years and, in 2016, joined forces with Connecticut College where the chosen book is read by all first-year students.”

The first book chosen was “Snow in August,” a novel by Pete Hamill, the celebrated New York journalist who died last August and was a particular favorite of Chris Bradley. Hamill came here to kick off the program. I got to drive him around but he refused to talk about Jackie Kennedy or Shirley MacLaine or Linda Ronstadt. He preferred to lecture about the use of metaphor.

That the region-wide reading program has sustained for nearly two decades, a time in which library services likely are heading, along with media in general, from print and audio books and CDs and DVDs to Kindles and streaming on demand, is, I suppose, one for all of us.

PHOTOS: A blue heron searches for food along the Pawcatuck River

Lamont says he has no interest in raising taxes in budget