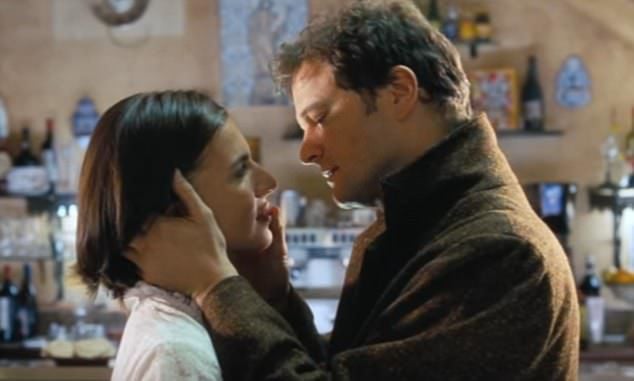 Colin Firth as Jamie leans in to kiss Lucia Moniz as Aurelia in “Love, Actually,” the 2003 movie about nine intertwined relationships. 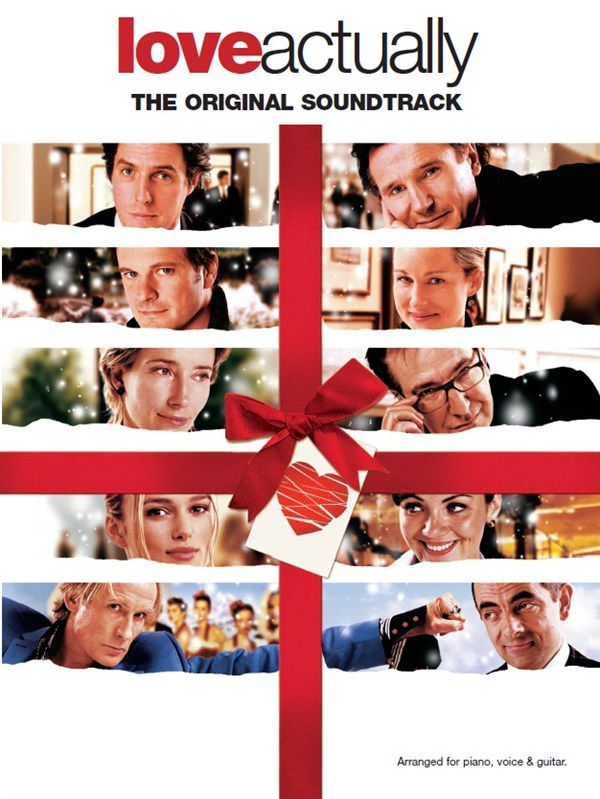 Colin Firth as Jamie leans in to kiss Lucia Moniz as Aurelia in “Love, Actually,” the 2003 movie about nine intertwined relationships.

One December a few years back, I finished off a round-up column about this and that with this: “Of all the holiday films, particularly those themed around Christmas, there is only one I never tire of watching at this time of year, or any time of year: ‘Love Actually.’”

That closing quip drew reader comment, mostly supportive, about the enduring appeal of the 2003 British multi-story romantic comedy featuring, to name a few, Emma Thompson, Colin Firth, Hugh Grant, Laura Linney, Liam Neeson, Alan Rickman, Keira Knightly and the absolutely rascally Bill Nighy and, in a perfectly Mr. Beanish bit, Rowan Atkinson. One woman and I exchanged agreeing views about the exquisite use of light in framing many of the scenes. Another reader, a woman, wrote to say that her grown daughters were distressed by the film’s portrayal of the female characters mostly in subservient roles to the males.

They had a point, but I wasn’t deterred in my affection of the film. Then, last December, in thumbing through the latest issue of Sound Waves, the local music scene magazine, I was smitten by Sue Menhart, whom I’d known about for years, but never met or heard perform solo or with her band. Rick Koster, The Day’s venerable music man and critic, once wrote of Menhart and her band: “The long-running, estimably great blues-rock group, anchored by the monster vocals and songwriting prowess of Menhart.”

She also writes a monthly column – “All the World’s a Stage” — for Sound Waves, and the headline on the one last December was: “Music, Actually.”

Another fan. More to the point, someone out there who agreed with me and said as much in print. Like a knock-kneed schoolboy or unabashed groupie, I got hold of her number and left her a gushy message, delighted to read what she had to say about “Love, Actually.” She never responded, likely wary of such exuberance from an old goat stranger. But a few weeks ago I happened to be chatting with Stonington Tax Collector Linda Camelio in Town Hall and helping myself to the bowls of candy set out to sweeten the civic nuisance of paying bills when the woman standing next to me at the tax counter introduced herself. She was Sue Menhart, and she reminded me of our mutual admiration for “Love, Actually.”

But how the film appealed to us also beguiles me. I mentioned the light and of course the relationships, especially the Colin Firth-Lucia Moniz romance, culminating in the spontaneous family and neighborhood parade through the streets of Marseille to the Portuguese restaurant and the declarations of love. However, love, as the Bill Nighy character struggled profanely to get right, is not always all around. The scene with Emma Thompson, in her drab, matronly clothing sobbing in her drab, conventional bedroom, with Joni Mitchell’s melancholy offering of “Both Sides Now,” is among the saddest depictions of heartbreak on film.

As an aside, “Love, Actually” was released in 2003, but probably was filmed in 2002, a mere year distant from the 9/11 terrorist attacks. In the opening, the attack on the twin towers is referenced, with the emphasis that the messages were ones of love. Yes, schmaltz, but in that context, unfettered poignancy.

Sue Menhart, the musician, heard the film. “It’s about a lot of things, too,” she wrote in her column, “but for me it’s all about the soundtrack.”

“From the popup musicians at the church wedding doing ‘All You Need is Love’ to Norah Jones’ Turn Me On’ to ‘Wherever You Will Go’ as the English guy hooks up with the girls in the bar in Wisconsin to Dido’s ‘Here With Me’ (I can’t breathe) playing when the guy walks out of his apartment yanking his sweater zipper up to the British prime minister running around 10 Downing Street to ‘Jump For My Love’ to Joni Mitchell’s ‘Both Sides Now’ to Kelly Clarkson’s ‘The Trouble with Love is’ to Eva Cassidy’s version of ‘Songbird’ and then the wrap-up ‘God Only Knows’ at Heathrow Airport.

‘This is what dream soundtracks are made of, people. The movie should have been called, ‘Music, Actually.’”

The other day I asked her to elaborate, and she wrote, in an email, “From my point of view, the music in the film ties all the stories together, and each story has its own music theme … It’s just a brilliant piece of music supervision by Nick Angel.”

I’m particularly drawn to the unifying instrumental “Glasgow Love Theme” written by Craig Armstrong, as was she. “(It) musically illustrates how it feels to desperately long for someone and is used several times throughout the film when a song with words couldn’t possibly do the scene justice,” she wrote.

And, just to tie it up in a bright holiday bow, she added: “The final song ‘God Only Knows’ by the Beach Boys is ‘actually’ the point of the whole movie. The lyric ‘God only knows what I’d be without you’ perfectly represents what each character is looking for: Another person to go through life with.”