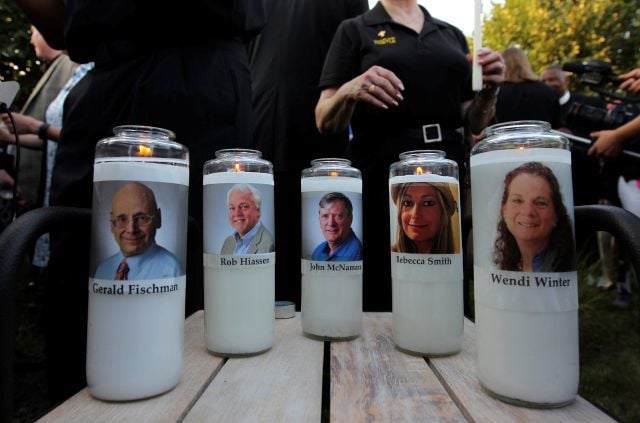 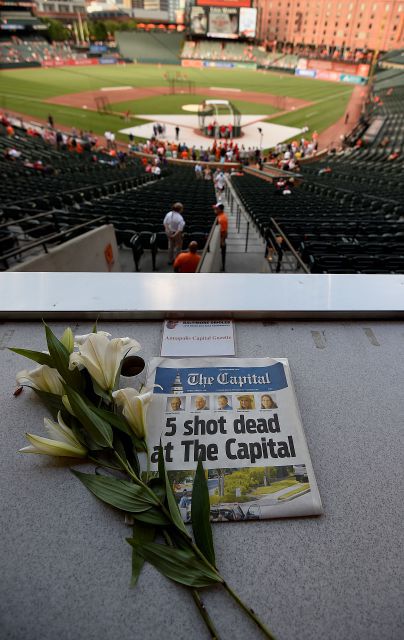 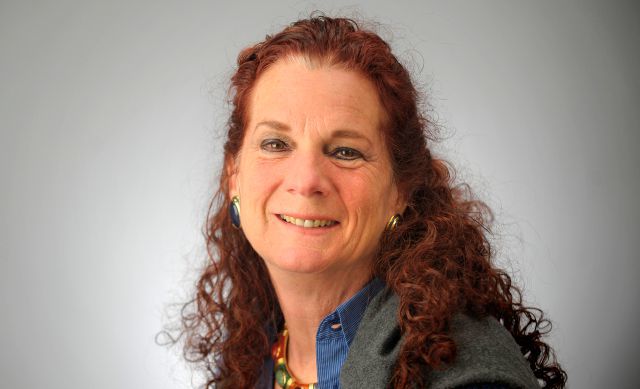 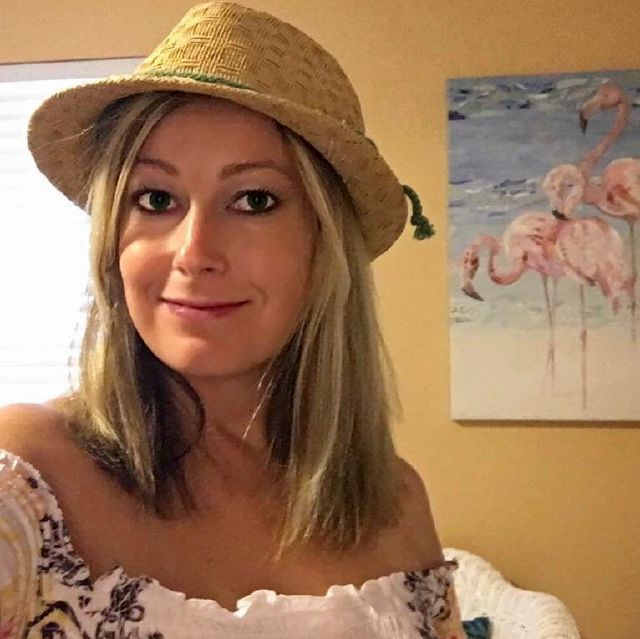 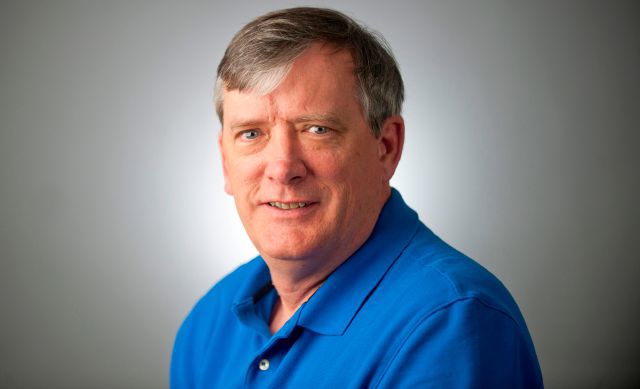 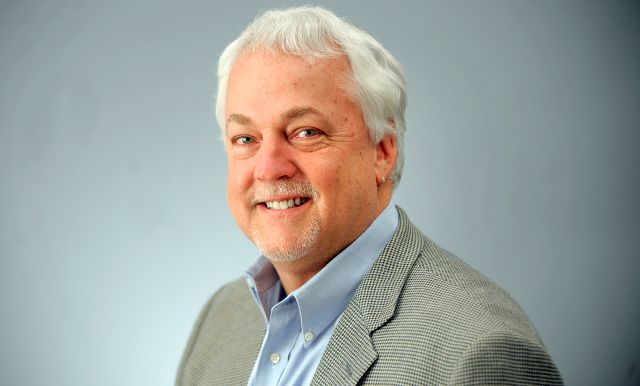 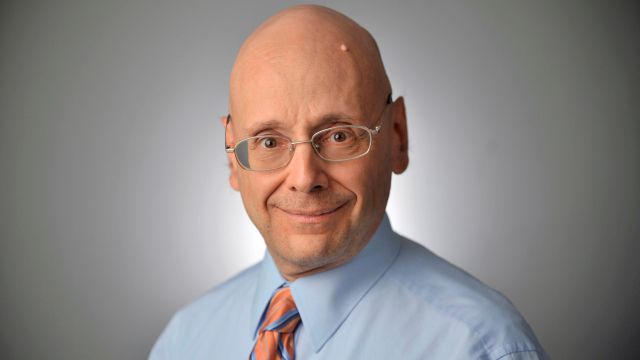 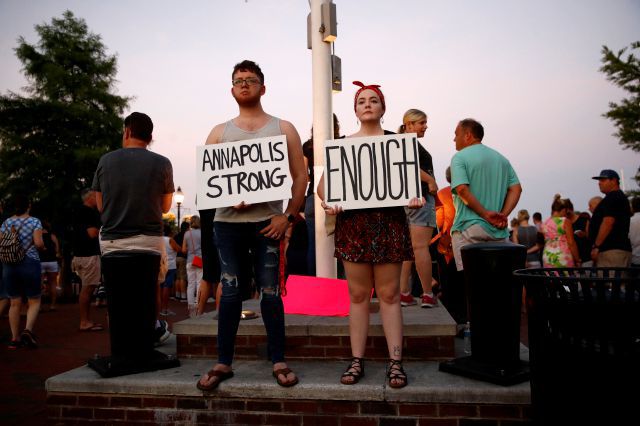 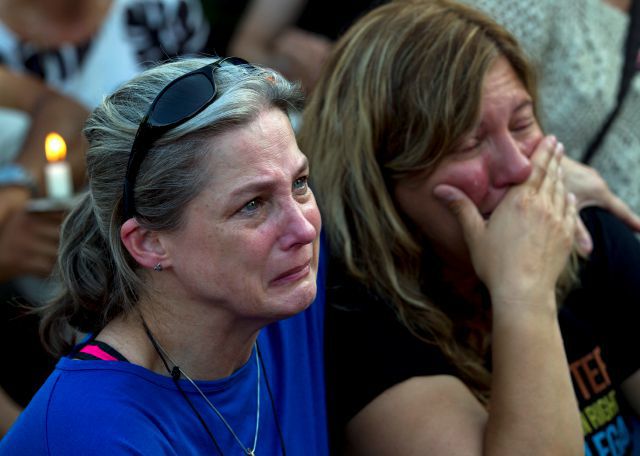 Today, the Sun joins newspapers across the country in condemning the attacks on the news media by the president of the United States. This coordinated response was proposed by the editorial page editors of the Boston Globe, and roughly 200 publications have chosen to participate, ranging from major metropolitan dailies to small weekly newspapers.

As President Donald Trump’s administration lurches from crisis to crisis, his egregious actions and outrageous tweets have become so routine that a certain numbness that borders on acquiescence has settled in, particularly among the members of a Republican Party that controls both houses of Congress but has willfully abdicated its responsibility to protect the interests of the American people by providing little to no oversight on the executive branch. In the face of this challenge, national and local news organizations have not withered and have continued to do what they have always done: aggressively pursue facts in the interest of fair and accurate reporting.

Perhaps it is this very resolve that President Trump finds so irritating, because the light of the truth is most unflattering to him. At the slightest provocation, he will resort to name-calling and character-bashing, dragging the discourse to the level of an elementary school playground.

Thus, journalists are called “the enemy of the people.” And thus, news the president finds ill-suited to furthering his aims and stroking his ego is labeled “fake news.” Unable to carry on in the light, the president attempts to drag us all down a dark rabbit hole where rules don’t apply and some vague concept of winning seems attainable. This is the terrain of “alternative facts.”

News organizations do not operate in that cynical realm. Mainstream news outlets (we’re talking about news outlets that actually report sourced, vetted news, not opinions proferred by a roster of talking heads arranged on a split-screen) perform in the sunshine. We are not the “enemy of the people” — we are the polar opposite.

It was just a little more than a month ago that newsrooms around the globe united in a moment of silence for the five employees of the Capital Gazette in Annapolis, Md., who lost their lives on June 28 in one of the deadliest single attacks on journalists in American history. Even after that horrific assault in Maryland, the president spewed insult after insult at the media, and he continues that to this day.

Taunting and name-calling are usually behaviors reserved for children, but the attack in Maryland shows the consequences can be deadly. Trump has essentially enabled the shameful behavior of his sycophants in harassing and attacking journalists throughout the country, but the last laugh will be on him and his cronies: News organizations will press on, undaunted and undeterred in their pursuit of the truth. We must, for the role of the press in holding the powerful accountable by speaking truth has seldom been as essential in the history of our nation as it is now.

I thought the Democrats controlled the House of Representatives. Time to check your statements here. False claims are what perpetuate the "fake news" rap. Besides, the President repeatedly says that "fake news is the enemy of the people," not journalists or the media themselves. How mass media professionals love to misquote Trump to make him out to be some kind of boogey-man when he lodges this oft-repeated complaint against reporters.

How is your business model stacking up against reality?

Your solution lies in being a reflection of your community.

You can’t seem to avoid being one sided and predictably filled with hate and distrust.

But I expect all the real journalists have moved.

Connecticut readies for ‘avalanche’ of vaccination appointments as eligibility expands