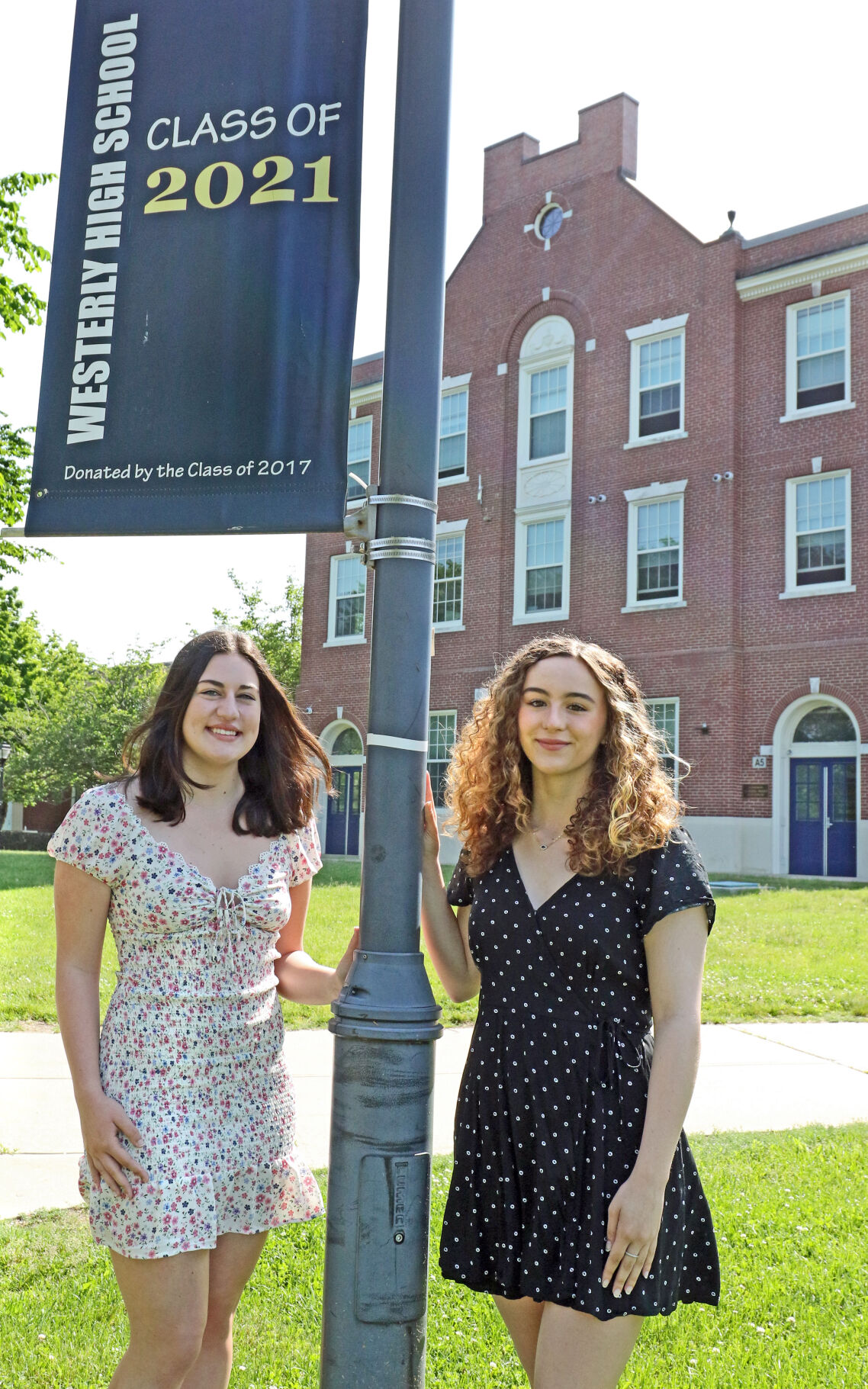 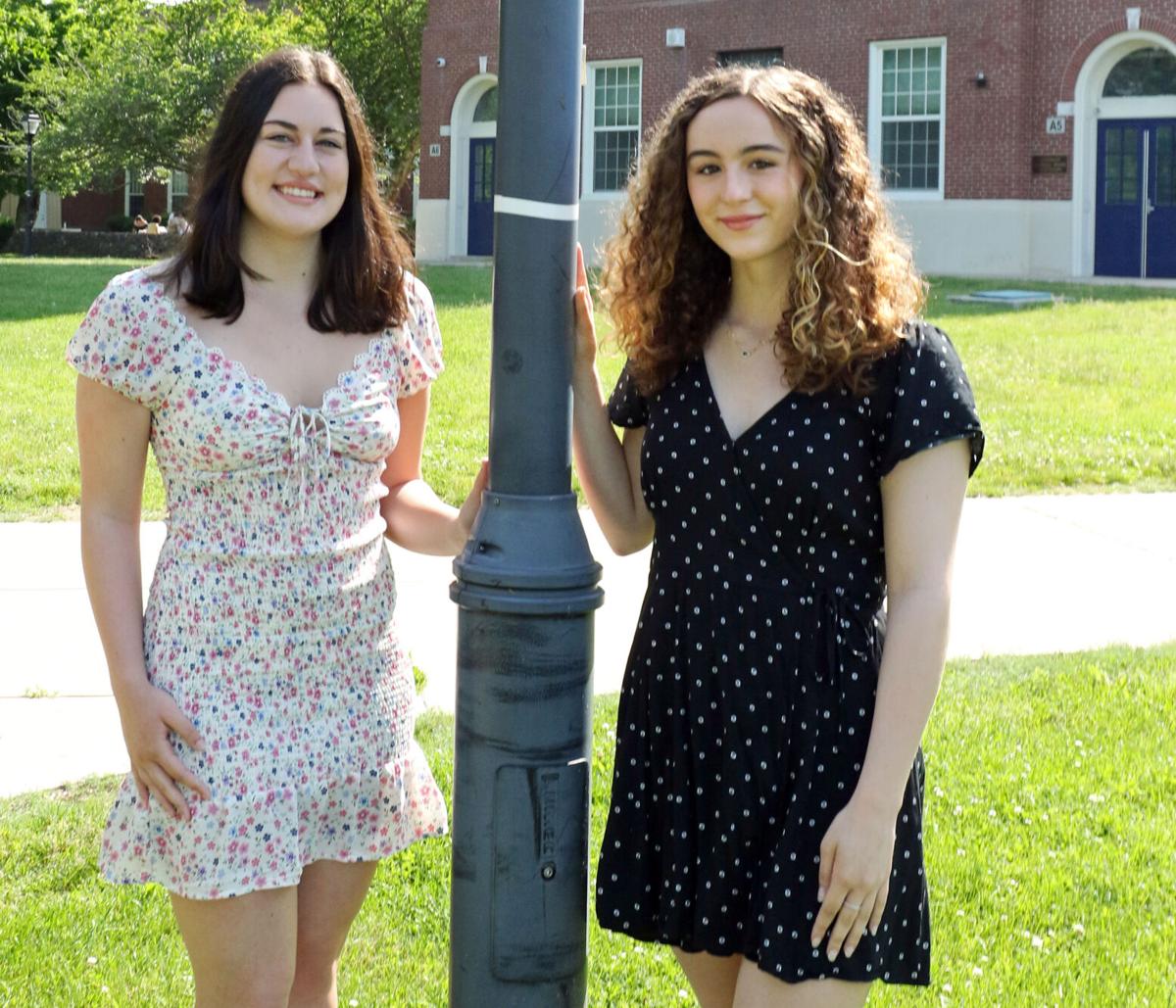 WESTERLY — The top two academic achievers in the Westerly High School Class of 2021 attribute their success to hard work, family support and the satisfaction derived from working toward goals.

Madison O'Neil, the class' valedictorian, plans to study engineering at Northeastern University in the fall, and Jessica Burke, the salutatorian, will study finance at Bentley University. Both students received confirmation of their academic designations on Monday.

"I had a feeling for the past year that I might be valedictorian, but it was still very exciting to hear the news when I got the call ... it was a big day," O'Neil said during a recent interview.

As the oldest of four children, O'Neil said she is always spurred on by the expression of pride and support from her parents, Kelly and Matthew, and a desire to be a role model.

"I want to be someone that my younger siblings can look up to," O'Neil said of her sisters, Cadence and Olivia, and her brother, Aidan.

While achieving the type of success that leads to being named class valedictorian takes commitment and discipline, O'Neil said other factors come into play as well.

"It takes a lot of hard work, but I think there's a misconception that I have to be studying all the time and doing work all of the time. You have to have a balance of school and friends. I think it's all about balance."

"I'm surrounded by a lot of amazing students who helped me, and we helped each other, and I think that contributed to my success over the years."

Westerly High School Principal Michael Hobin said he has watched O'Neil and her circle of friends support each other and the school community for three years since he started his current assignment.

"There is something I tell our teenagers: 'Your circle should want you to win and should clap the loudest when you have good news, and if they don't, you should find a new circle. These kids clap for each other and for others, and Madison claps the loudest," Hobin said.

O'Neil, Hobin said, "invested herself in the school" by always supporting students regardless of what grade they were in.

After college, O'Neil said she plans to join a ROTC program, following in the footsteps of her dad, a graduate of the United States Military Academy at West Point, and her two grandfathers, who both served in the military.

The COVID-19 pandemic undoubtedly colored the Class of 2021's experience, but O'Neil said it also brought her closer to her family and friends. O'Neil said she and her fellow class officers set out to maintain a positive energy for their classmates and provide events in a time of uncertainty and changing guidelines.

"We always tried to make sure we could make as many people as happy as possible and do the best by our class," O'Neil said.

When commencement exercises conclude tonight, O'Neil said she would have "amazing, positive memories. I'm lucky to graduate with such a great class. They are all very nice people."

Burke said she was aware of being in the running for the designation as salutatorian and worked hard to achieve it. Her motivation was a mixture, she said, of long deriving satisfaction from doing well in school and being acquainted with the school's commencement exercises tradition.

"I wanted to make sure I was second, because the third is the master of ceremonies and I hate public speaking. One speech is good for me. One and done," Burke said with a laugh.

Focusing on learning and academics is a family trait that Burke said both she and her fraternal twin sister, Jenna, have always held on to. Jenna Burke is among the Class of 2021's top 10 academic achievers.

"It's kind of expected. In my family, academics always comes first and my parents are both very committed," Burke said.

In addition to the support of her parents, Catherine and Eric, Burke said two teachers were important in her development as a student. At Westerly Middle School it was Jason Simmons, a history teacher.

"He was always very welcoming and wanted us to ask questions. He was very encouraging and made you feel good about what you were learning," Burke said.

Burke pointed to her junior year at Westerly High School as being both particularly important and formative. It was then that she had Ryan Zemanek for English.

Burke also described, in a recent interview, a personal pragmatism.

"I've always seen it as you have to be here, so you might as well make the most of it ... when I know I can put in the work and achieve what I want, it's enough motivation for me to do it," she said.

A dedicated competitive swimmer, Burke has been a part of teams at Ocean Community YMCA since she was a young girl and was a member of the Westerly High School swim team as well.

Burke, Hobin said, distinguished herself both academically and as a member of the school community.

"There's such a nice, quiet confidence about her, and such a nice presence, always very pleasant," Hobin said.

Like, O'Neil, Hobin said Burke was surrounded by "groups of supportive people."

"She's a steady force of a student and has displayed a constant plugging away and achieving — finding success that drives more success," Hobin said.