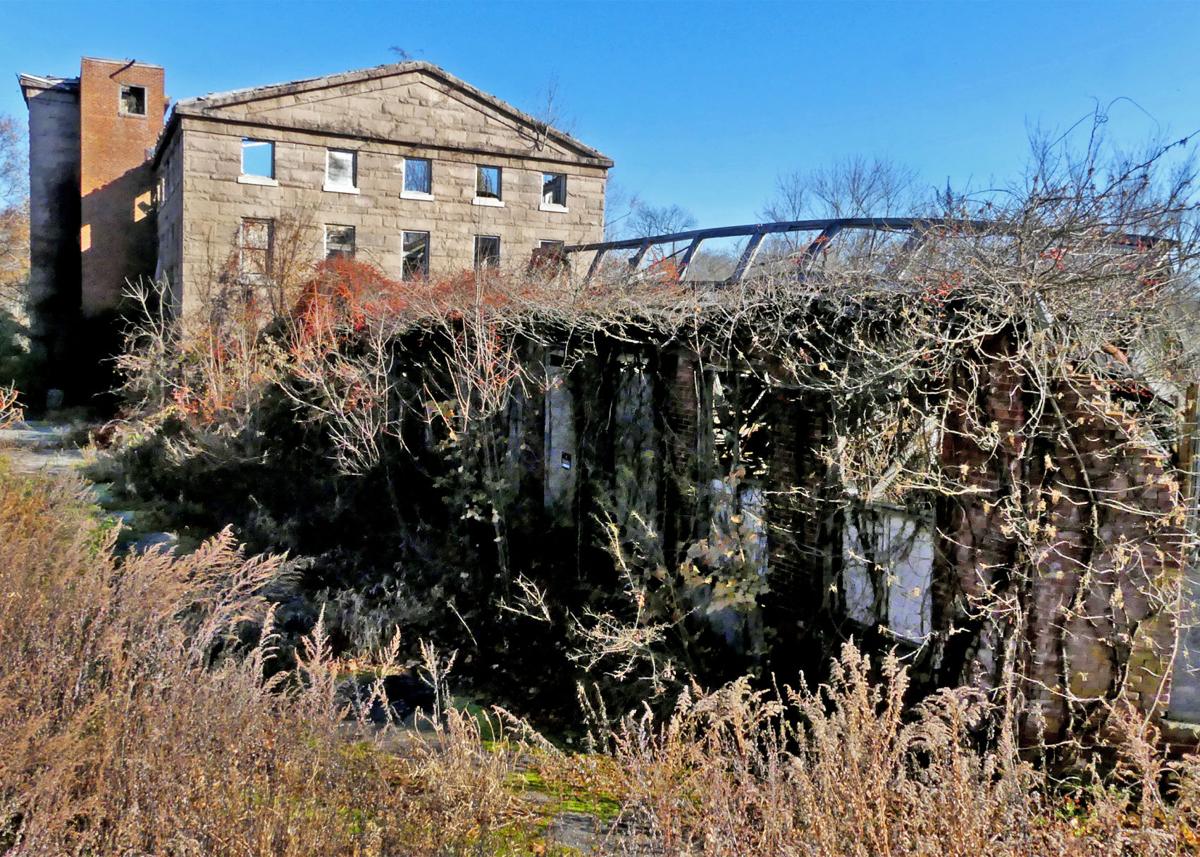 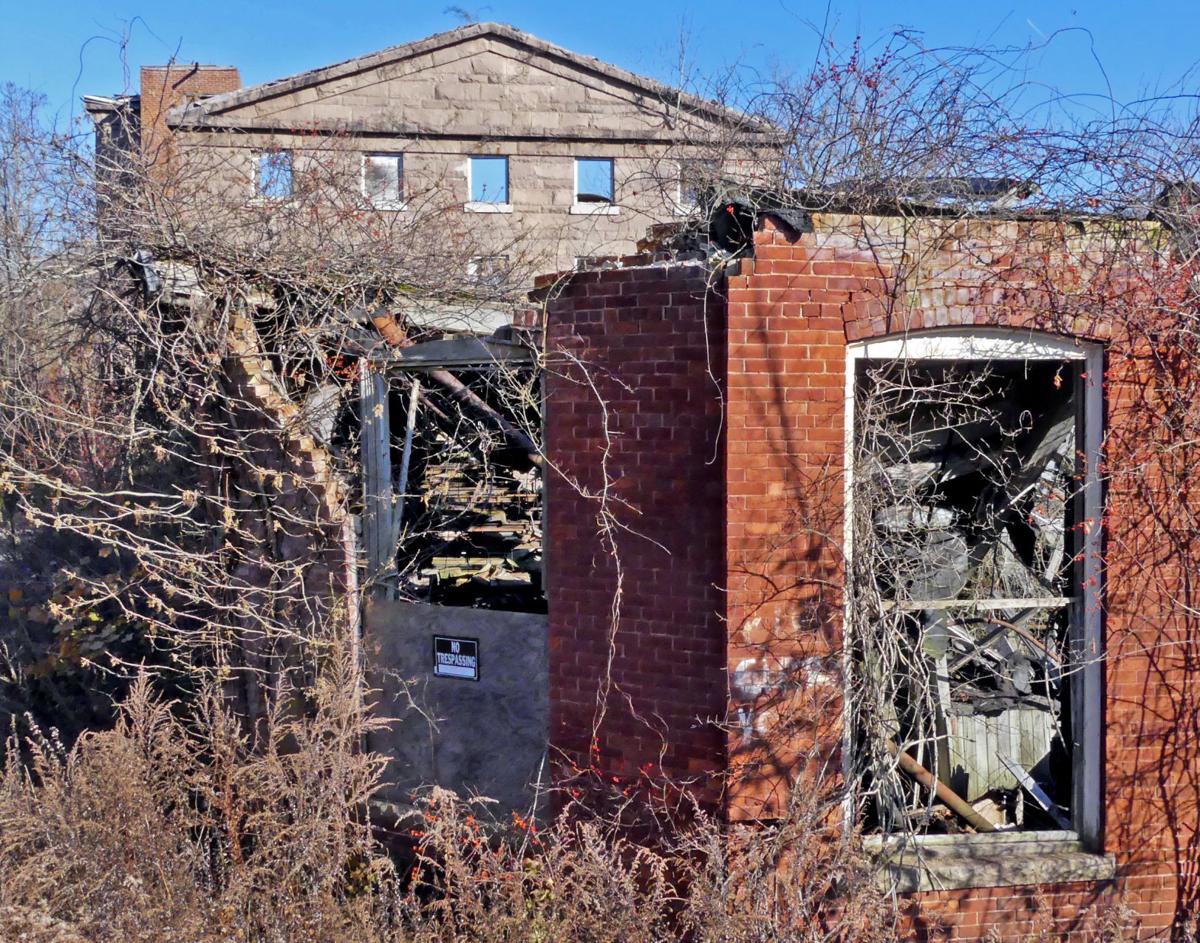 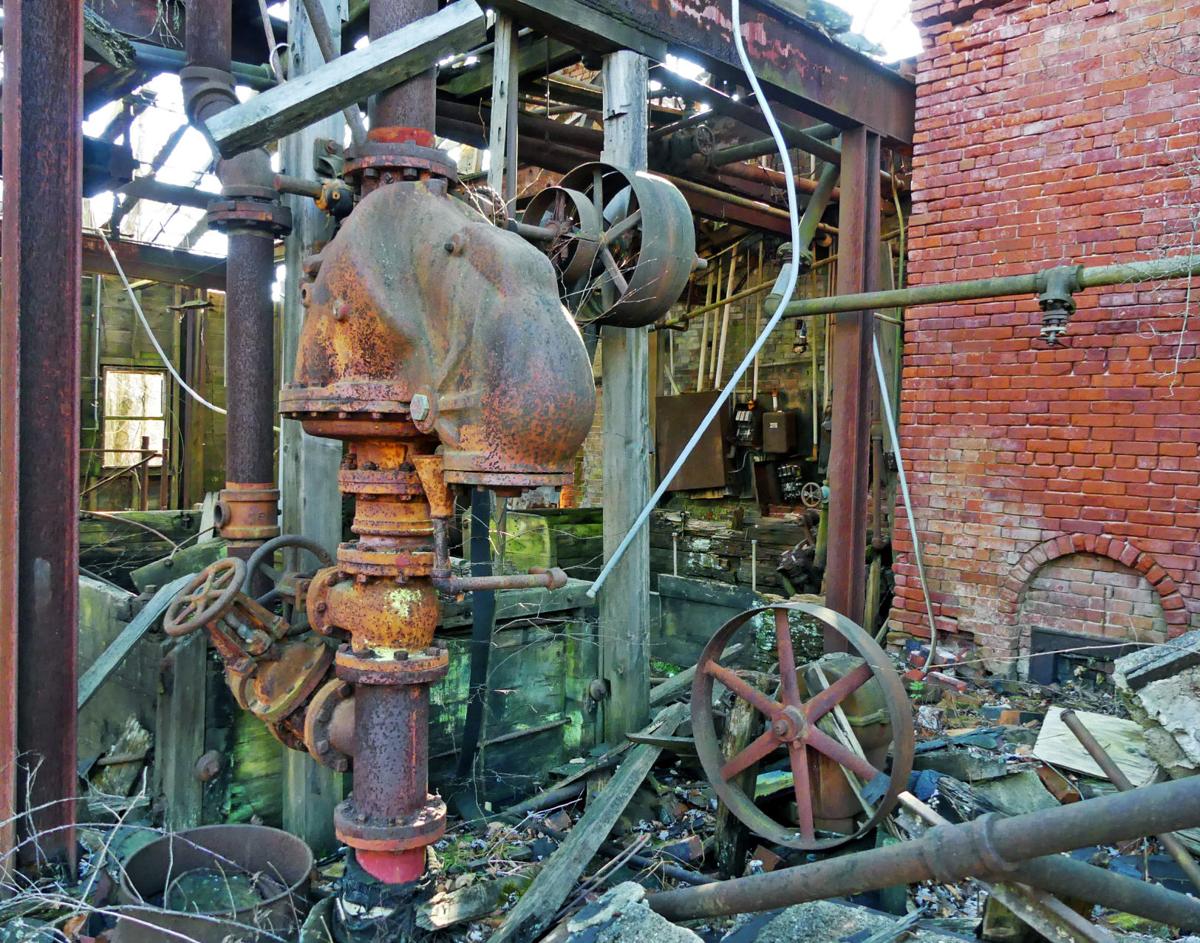 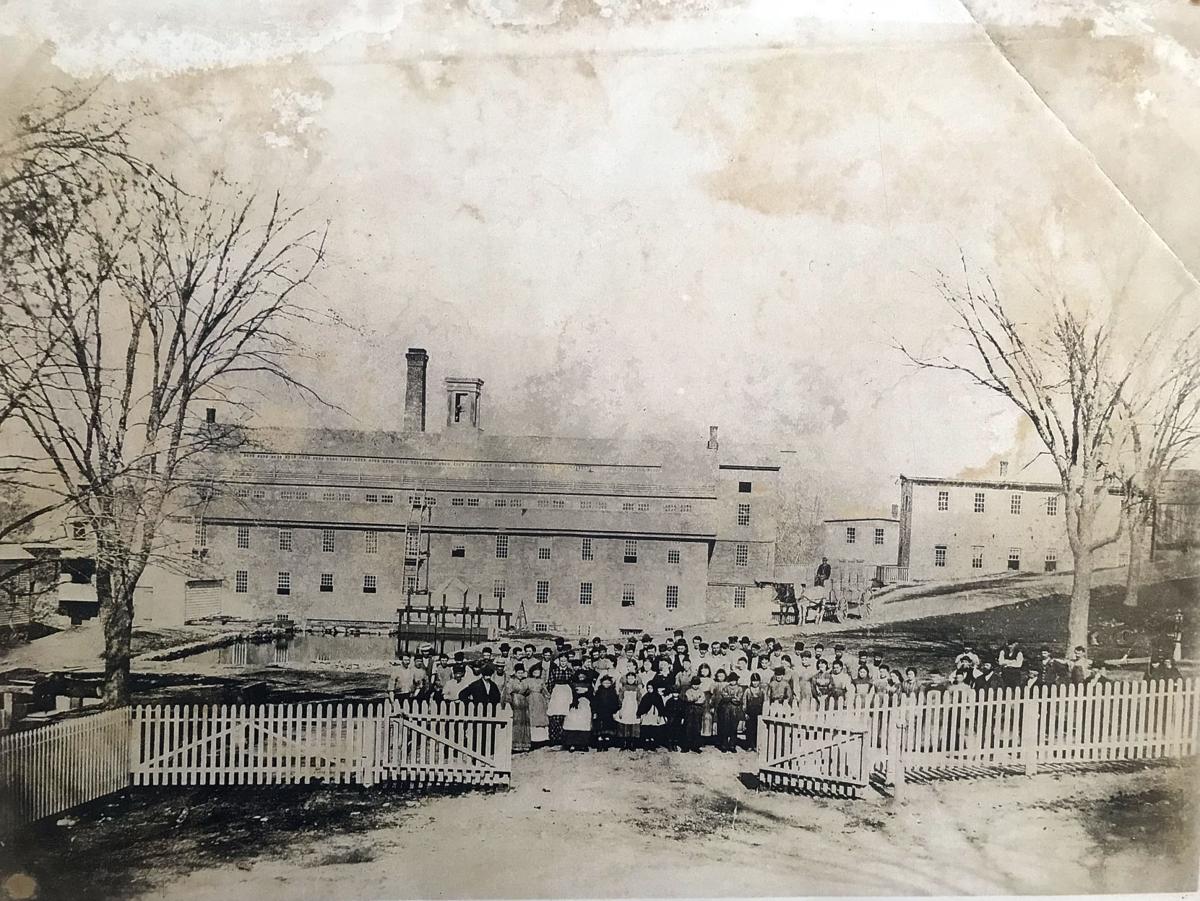 Workers stand outside the Carolina Mill in the mid-1800s. South County’s mills were the subject of a recent talk by historian Mark Kenneth Gardner at the Cross’ Mills Library in Charlestown. Photo courtesy of Charlestown Historical Society

Workers stand outside the Carolina Mill in the mid-1800s. South County’s mills were the subject of a recent talk by historian Mark Kenneth Gardner at the Cross’ Mills Library in Charlestown. Photo courtesy of Charlestown Historical Society

CHARLESTOWN — Most of the mills in southern Rhode Island have disappeared, but the communities that grew up around them provide clues as to what life was like when the mills were the centers of life in the villages.

Presented at the Cross’ Mills Library on Nov. 13 by historian Mark Kenneth Gardner, “Lost Mill Towns of South County” attracted a standing room only crowd. The event was a joint effort by the the library and the Charlestown Historical Society.

Gardner presented brief histories of mills from Exeter to Westerly. Old photographs of some mills showed them in their heyday, and recent images show the few that have been restored and the crumbling ruins of others.

Gardner described the history of the mill towns as being recorded in “layers,” the first of which was the colonial era.

“What people were trying to do is, they had this civilization built up in England,” he said. “They had it in their heads, they brought it on the ships to Rhode Island. The idea of having mills is essential to the way people lived in England at that time.”

The mills were first surrounded by farms until towns began to form, just before the Revolutionary War.

“Even then, they were a lot smaller than what we would think of today as a mill town,” Gardner said. “The grist mill, a saw mill, maybe a store and a couple of houses and that would be it.”

Mill buildings were simple and sturdy, built to withstand the strong vibrations generated by the water wheels which at first were built of wood and later, iron.

“Every village had a grist mill for grinding corn, wheat, cereal plants into flour. Grinding stones had to be balanced, and it was a colonial profession to be a dresser that would come around and sharpen the wheels,” Gardner said.

“These are where our earliest mills were in Westerly,” Gardner said, pointing to three locations on a map. “We had one in White Rock, we had another one in Bradford and another one at Potter Hill. Grist mills were the foundations of these early mill villages.”

In Charlestown, members of the Narragansett Indian tribe operated a saw mill beginning in the early 1700s, and a grist mill opened in Shannock in 1759. The first record of Cross’ Mill is in 1709.

The industrial revolution saw the advent of factories and more mills.

“Some of these communities are going to continue on with their grist mils and their saw mills, but others, either they built entirely new factories or the grist mill just gets taken out entirely and they begin building factories,” Gardner said. “After 1800, more sites that could have been mills before become mills once the industrial revolution begins.”

Powered by water, mills were built along rivers, but Charlestown with its rocky, glacial moraine, had fewer waterways than the neighboring towns.

“The northern boundary with Richmond and this boundary with Hopkinton does provide water power, and that’s where we’re going to find most of our industrial mill towns,” Gardner said.

More mills were built in the 1830s, when the Stonington to Providence railroad was completed. Cross’ Mills, on Post Road, was the only Charlestown mill not located near the railroad.

“It benefitted from all the traffic coming through,” Gardner said. "The grist mill and the blacksmith’s shop changed hands a couple of times. It was in the Cross family for a time, but not the entire time. It operated throughout the 19th Century, until about 1930.”

The Ocean House, built in 1848, was the venue for Charlestown's town meetings and legal trials before there was a town hall, and did not become a hotel until the 1870s.

“This is where we start to see summer people moving in here,” Garner said.

In Westerly, Stillmanville, a community that grew up on both sides of the Pawcatuck River, is often referred to as “Westerly’s lost village.”  The Darlington Fabrics Company operates a mill on the Westerly side of the river, but the buildings on the Pawcatuck side were abandoned.

On Canal Street, the former Westerly Macaroni Factory is now home to a craft brewery.

“Across the street there are other mills that have been converted into a brewery, the Grey Sail taproom,” Gardner said.

Historical society president Pam Lyons said the history of Rhode Island’s mills was closely tied to the growth of its towns.

“This is more than just a story of manufacturing mills,” she said. “The history is woven together with the threads of schools, churches, stores, homes and families that almost always sprang up around these successful mill towns.”

Postscripts: In antebellum South, Mystic’s Tift brothers made their mark as Connecticut Yankees