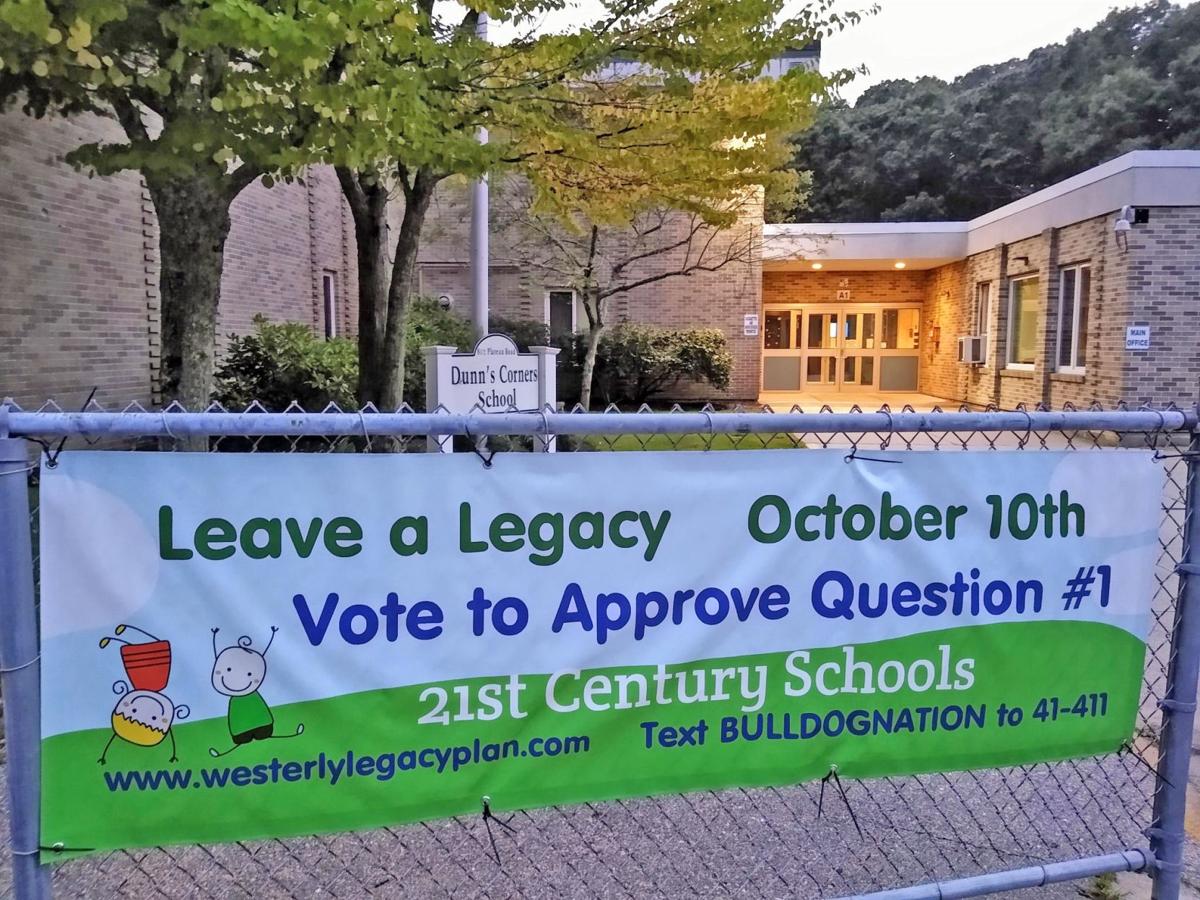 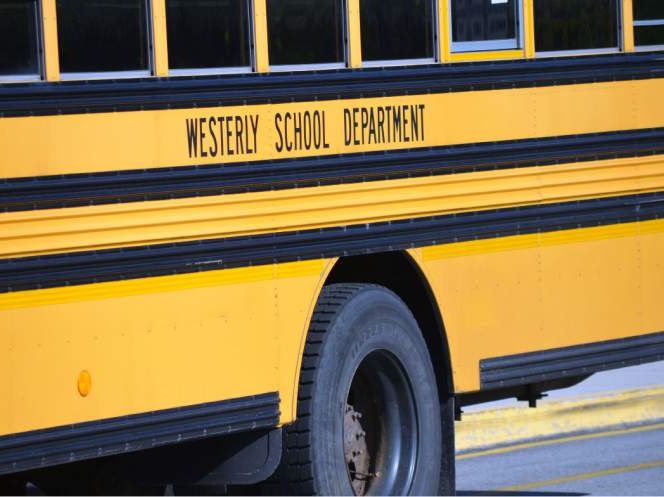 WESTERLY — The School Committee's Building Subcommittee spent about $300 from its budget on five banners that encourage voters to approve borrowing up to $71.4 million for the proposed school building project, one of the subcommittee's co-chair women said Tuesday.

The co-chairwoman, Gina Fuller, said the subcommittee paid slightly more than $311 to Vista Print, an online vendor that makes marketing pieces for small businesses. The subcommittee's budget is part of the school district's annual budget. The source of funds used to pay for the banners was unclear in an article in the Tuesday edition of The Sun.

The banners are hanging outdoors at each of the district's five schools.

The question of whether taxpayer funds were used to pay for the banners was raised by Councilor William Aiello during a Town Council meeting Monday. The council agreed to Aiello's request to have Town Manager J. Mark Rooney speak to Superintendent of Schools Mark Garceau about the banners, as well as whether public funds or other resources were spent on an automatic phone call that Garceau made to district parents last week, a two-sided flyer on card stock that was sent home with the district's elementary school and some middle school students, and letters from Garceau and State Street Elementary School Principal Audrey Faubert to parents.

Town Council President Christopher Duhamel also granted Aiello's request to have the council discuss next week the possibility of asking the state Department of Education to look into whether pubic funds were used for advocacy, a practice Town Attorney William J. Conley Jr. said is problematic.

The two-sided flyer was designed by RGB Architects, the Providence-based firm, the Building Subcommittee has been working with since 2017 on the building project. Design work on the informational piece, which does not advocate a specific vote on the bond question, was included in the subcommittee's original contract with RGB, Fuller said. About 1,000 flyers were made and were also paid for with funds in the subcommittee's budget. The expenditure did not require additional approval by the School Committee, Fuller said.

Paper for the letters from Garceau and Faubert were also paid for with funds in the Central Office line item of the school district's 2019-20 budget. Neither of the two letters advocate a specific vote but instead describe the project and inform parents of the Oct. 10 referendum date.

Fuller said she discussed whether or not the subcommittee is allowed to advocate for the building project with a representative of the state Board of Elections. Fuller also forwarded an email thread documenting additional communication with Anthony Desmarais Jr., who works in the campaign finance section of the state Board of Elections, to The Sun.

Building Subcommittee members received complaints on Tuesday about flyers on the opposite side of the building project debate. The complaints included photographs of flyers advocating a no vote on the project, slipped into mail boxes in the Robin Hills neighborhood.

The photographs show they were slipped into the space between the outside of the boxes and each box's flag. The U.S. Code for crimes and criminal procedure prohibits the placement of unstamped mail in any mailbox. Title 18, section 1725 states that any person who knowingly deposits "mail-able matter" without postage in an established letter box shall be subject to a fine. The restriction also includes anything placed upon, supported by, attached to, hung from, or inserted into a mail receptacle.

On Oct. 10 voters will be asked to decide on the issuance of bonds up to $71.4 million, but only $65.9 million of the bond proceeds would fund the total project cost of $75.2 million. The state has agreed to reimburse at least 35%, and up to 50%, of eligible parts of the project including interest.

Plans call for razing the current State Street Elementary School and building a new, two-story school on the same property and renovations to all of the district's other schools with a primary focus on the elementary schools.

What do the banners say exactly? The article is worthless without that information.

Conservation partners ask beachgoers to be considerate of nesting birds