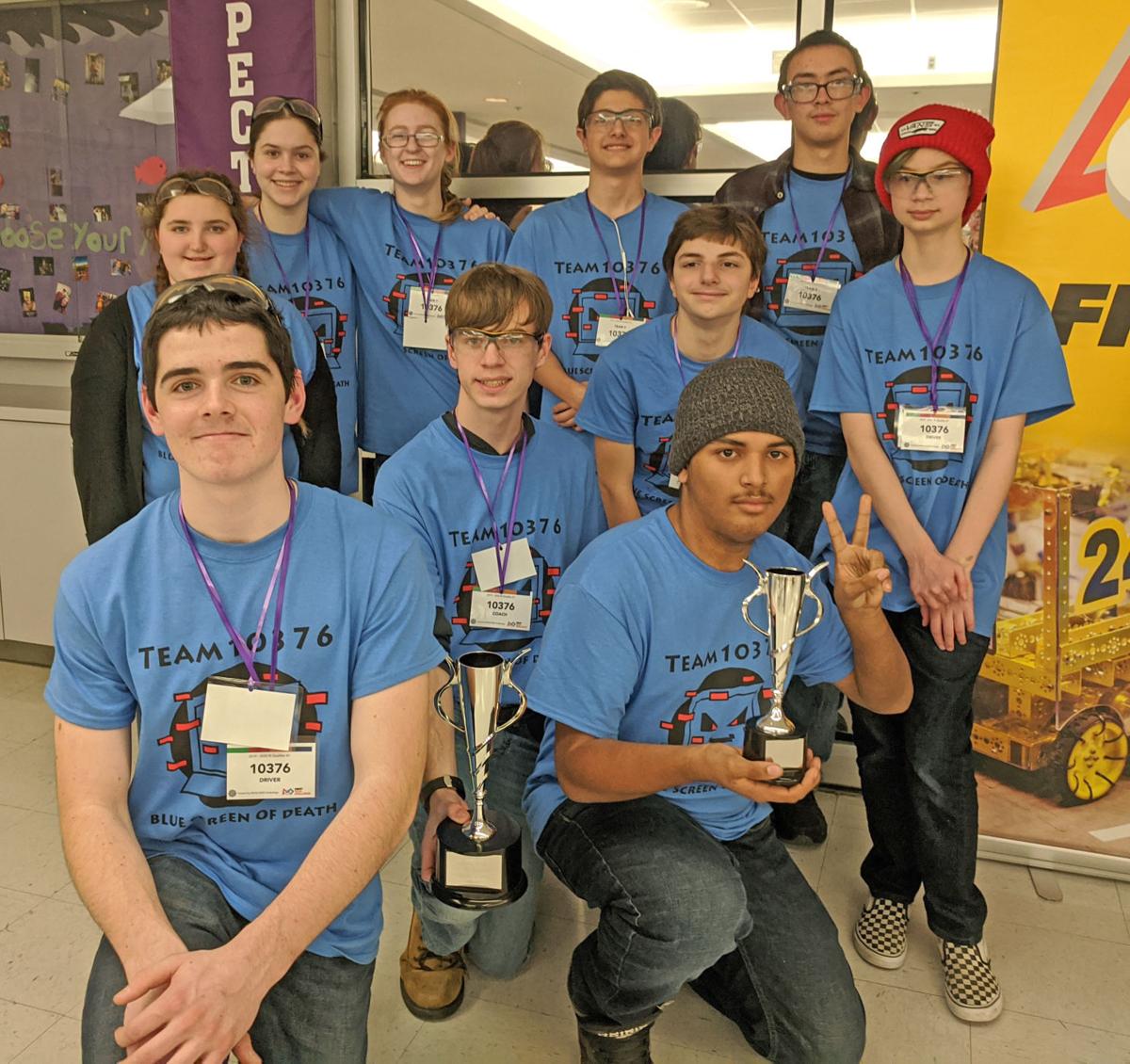 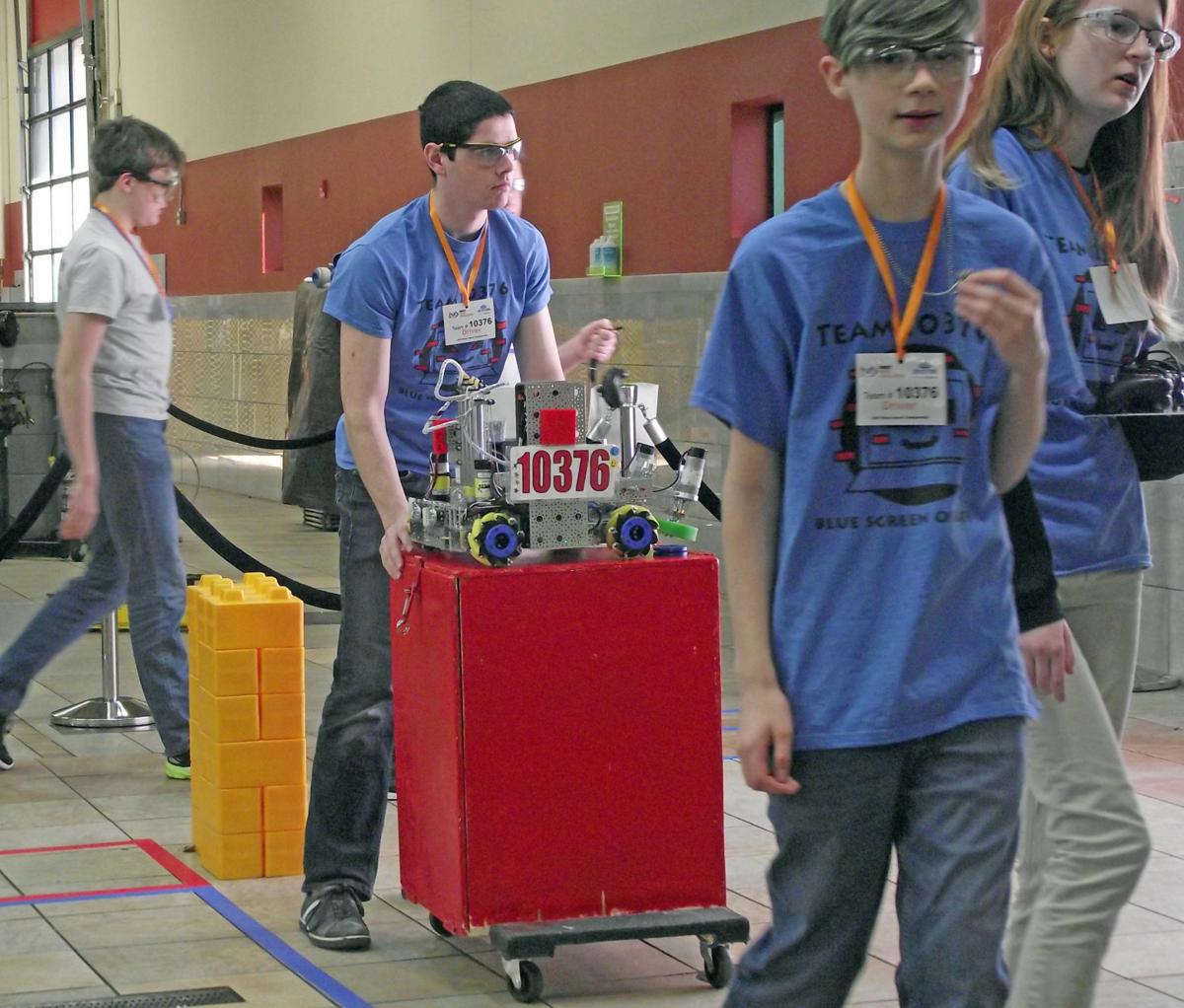 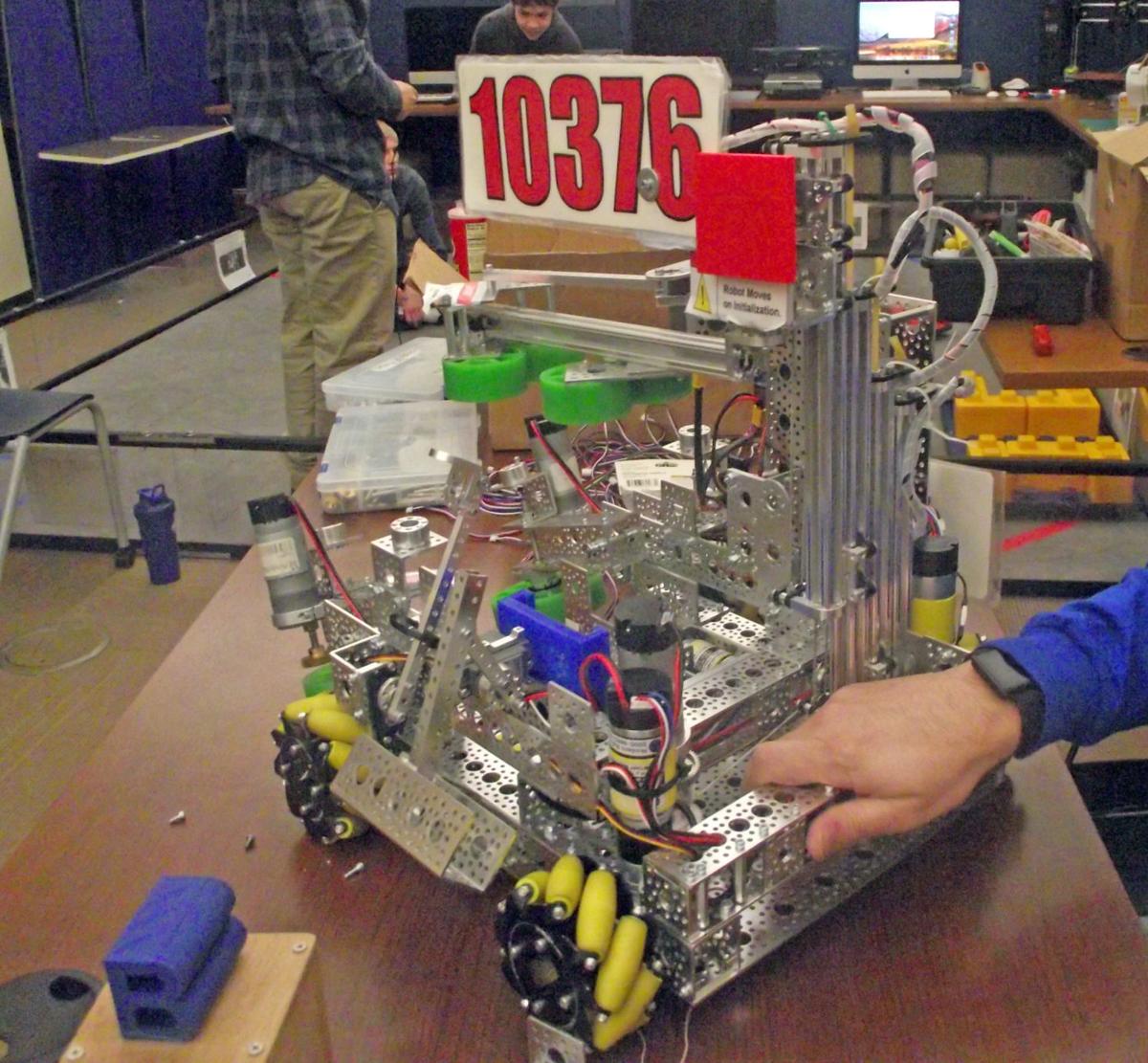 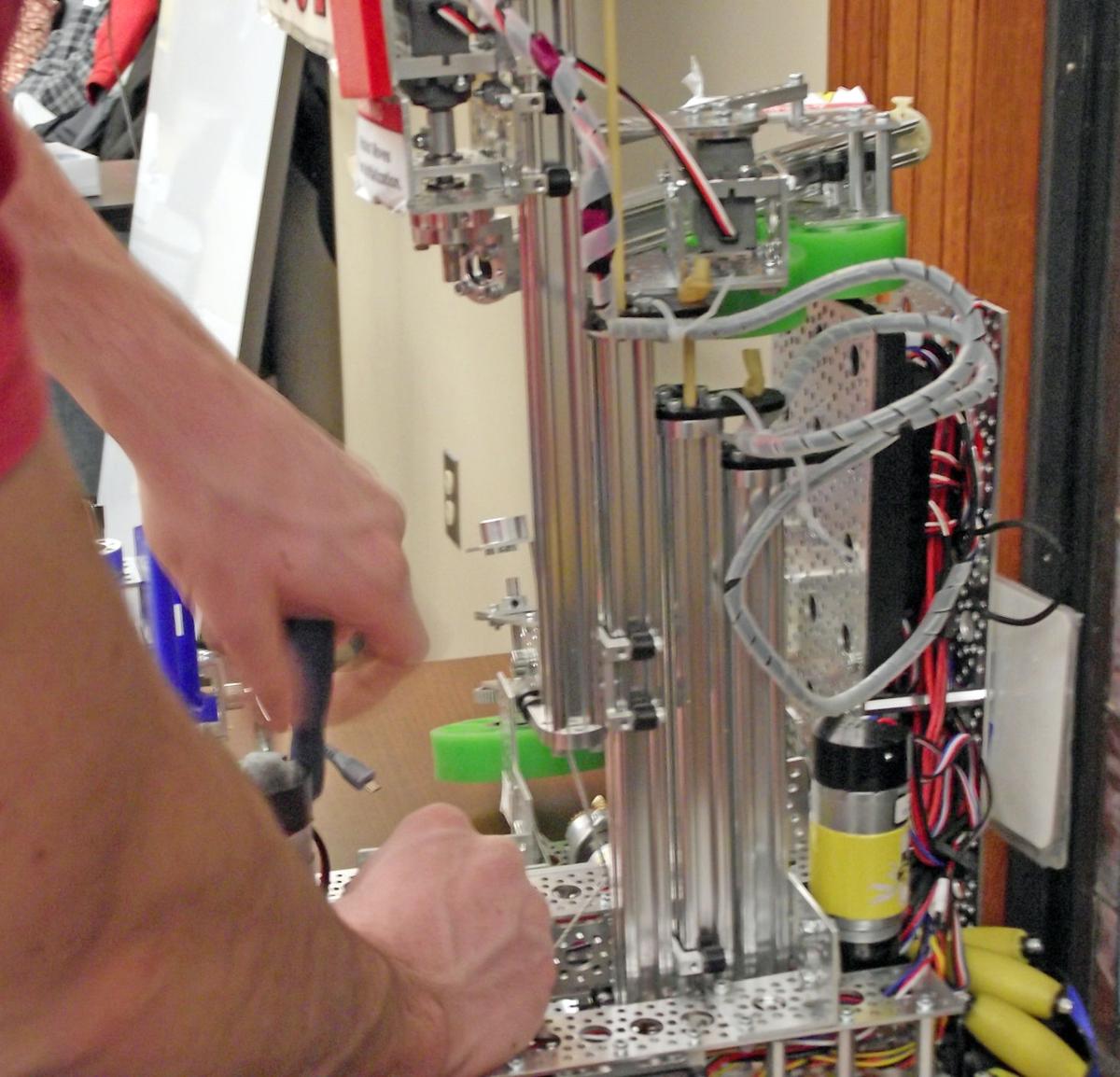 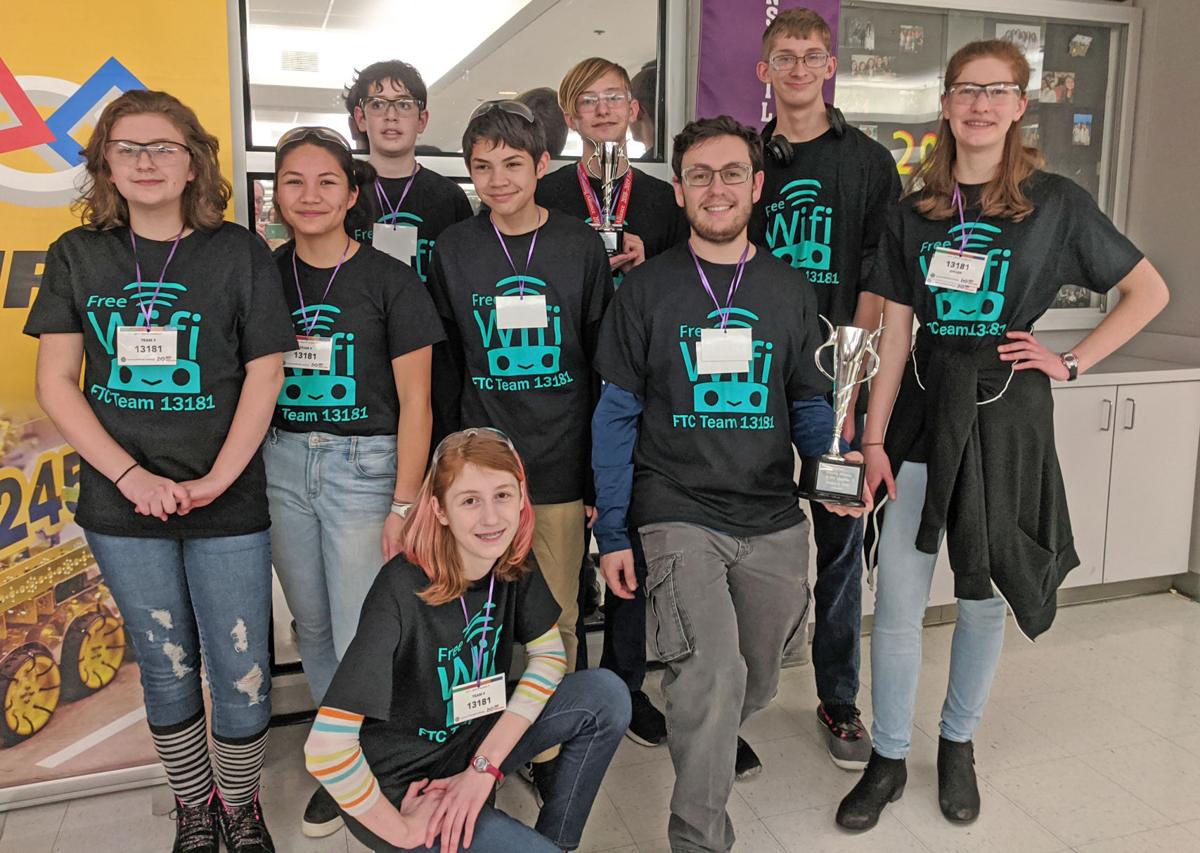 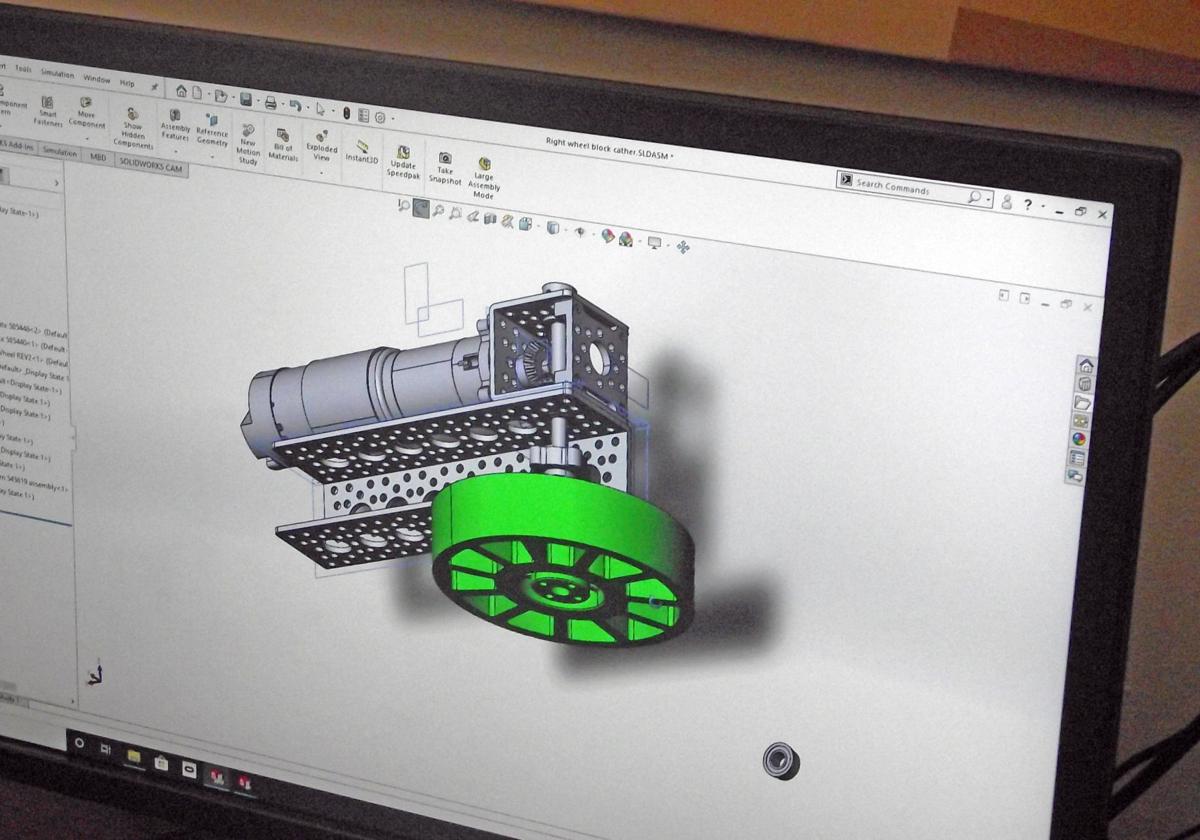 For high school senior Evan Spalding, a co-captain of the robotics team Free WiFi, he can only wonder what may have been at the FIRST Tech Challenge World Competition.

A Stonington resident and student at the Marine Science Magnet High School in Groton, Spalding and members of Free WiFi were set to travel to Detroit this week after qualifying for the world competition — that is before travel restrictions and stay-at-home orders related to COVID-19 brought the robotics season to a screeching halt.

“As a team, we are fortunate in the sense that I was the only senior who would have been traveling, so both teams should be in a great position for next year,” said Spalding, a designer who has worked with Shoreline Robotics Inc. for eight years now.

“It would have been interesting to see what could have happened,” Spalding said. “That’s the one thing I will always wonder about.”

Shoreline Robotics Inc. is a Pawcatuck-based organization that partners with the Westerly Library to bring robotics to area students. The organization sponsors two FIRST Tech Challenge teams each year; Team 10376, known as the Blue Screen of Death, and Team 13181, or Free WiFi.

Free WiFi qualified for the 2020 World Competition, which was initially scheduled to take place in Detroit from Tuesday through May 2, while Blue Screen of Death finished as runners up in the state competition. The robotics season came to an abrupt end in mid-March as a result of the COVID-19 crisis, but the season had already been a successful one for students and coaches with Shoreline Robotics Inc.

Jay Spalding, Evan’s father and coach of Team 10376, said both teams have strong reasons to be proud of their accomplishments during the current academic year.

Blue Screen of Death team defeated WiFi and advanced to the finals before eventually losing to a team from North Kingstown.

Molly Starr, a designer with Blue Screen of Death, said she wasn’t particularly confident in the team’s robot this year. After a better-than-anticipated showing in both the qualifying tournament and state championship, however, she said she was proud of where they ended up.

“We’ve had a track record of success, so our expectations were pretty high,” said Starr, a Mystic resident and junior at Three Rivers Middle College Magnet High School. “We knew we had a decent robot and program, so we just tried to accomplish what we could. We got a little luck along the way, which helped.”

After falling to Blue Screen of Death in the semifinals, Free WiFi punched their ticket to worlds as winners of the 2020 Inspire Award.

“The team that receives this award is a strong ambassador for FIRST programs and a role model FIRST team,” the website states.

The recognition was certainly one of note for the team, which had sought to win the award from day one, said Veronica Kushner, a Bradford resident and builder with Free WiFi. Kushner, a homeschool student and high school freshman, said outreach and cooperation with other teams in the region proved to be an important factor in helping win the Inspire Award.

Kushner said by trying to do what was right and including others in the building process, Free WiFi’s members had become better teammates and competitors. This helped them grow as individuals and made the award feel like a true team accomplishment.

“I was really glad we were able to take home that award. Everyone was focused on being gracious and professional, and I think that mentality helped us to stay focused,” Kushner said.

Jay Spalding said the team also took inspiration from Rilla Eisenbeiser, who was named the Rhode Island representative to the Dean’s List award, which is named in honor of FIRST Rbotics founder and innovator Dean Lawrence Kamen.

A high school sophomore, Eisenbeiser will find out whether she won during a virtual ceremony on May 2.

“I’m just happy to have been nominated,” she said.

As the team looks to build on its accomplishments from this year, Jay Spalding and several team members said they are looking forward to seeing the social distancing restrictions lifted and hopefully get back out there for a friendly scrimmage before the end of the school year.

Members said it will then be all eyes ahead as they look to the fall competition and start of the 2020-21 robotics season. That means recruitment, team retention and brainstorming in preparation for the next challenge.

“What is going on right now is shocking, but it won’t go on forever,” Spalding said. “We are ready to open things back up. The students are excited to get back to building and we are looking forward to the chance to compete again and hopefully earn a trip to the World Competition again in 2021.”

PHOTOS: Murmurations at the beach are for the birds

COVID-19 hospitalizations in Connecticut back up to 500