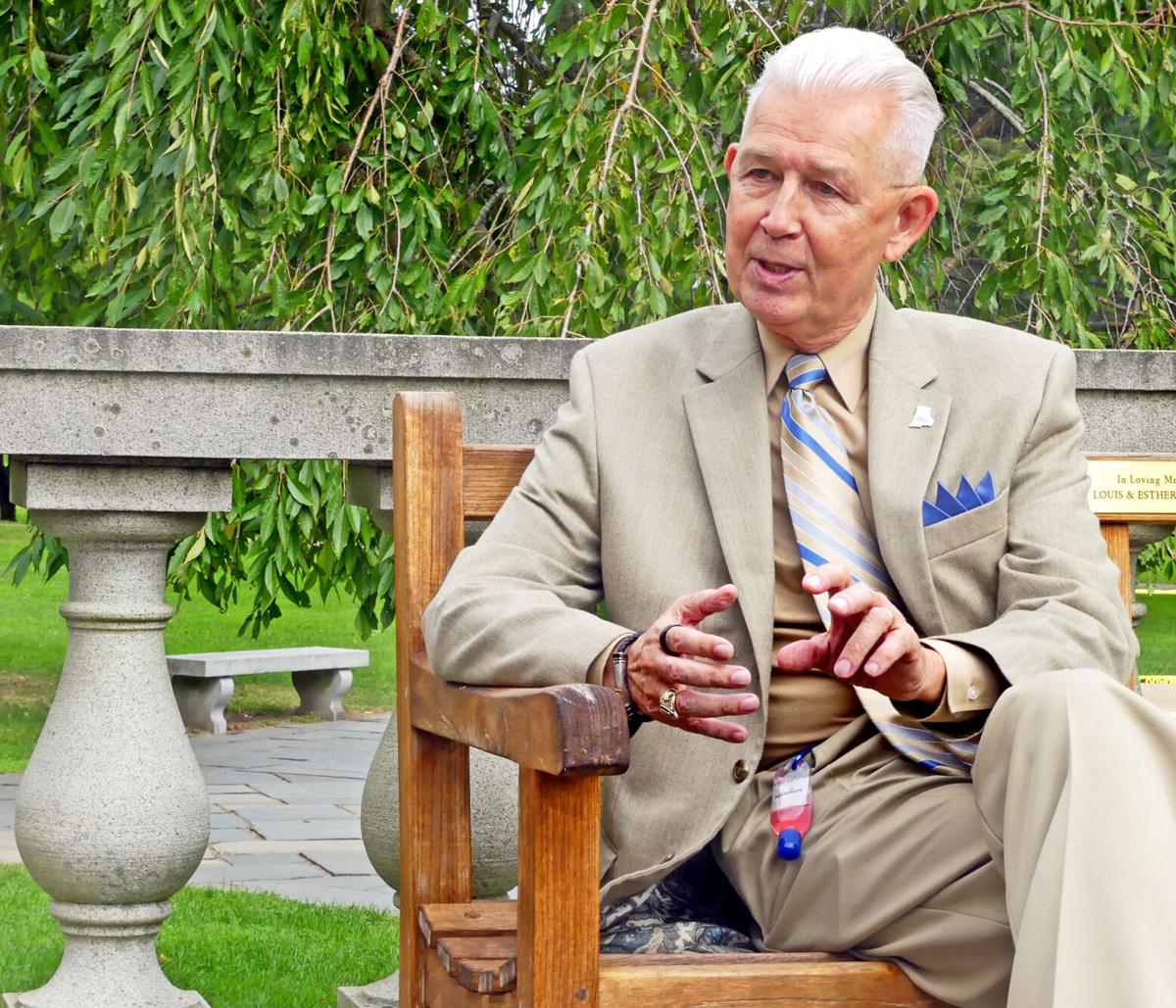 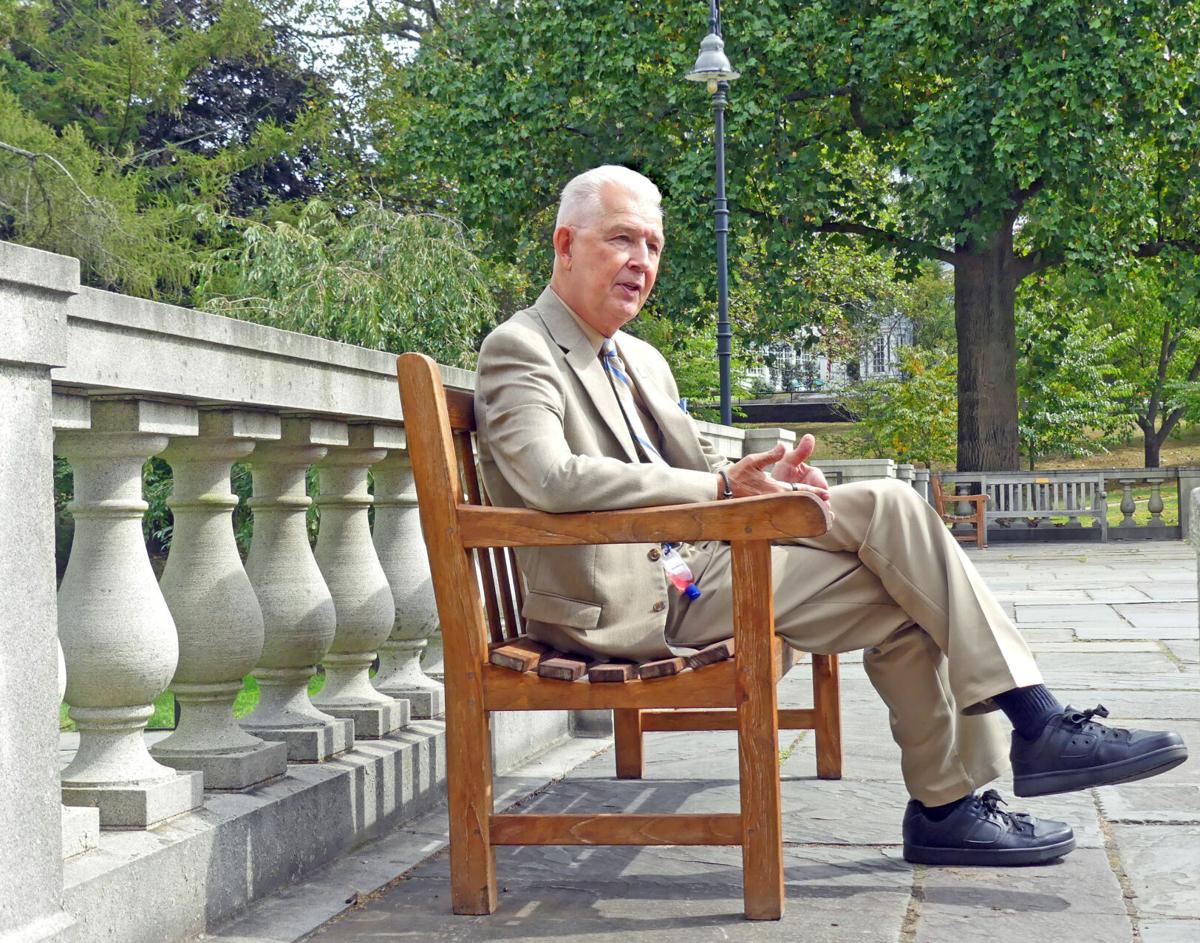 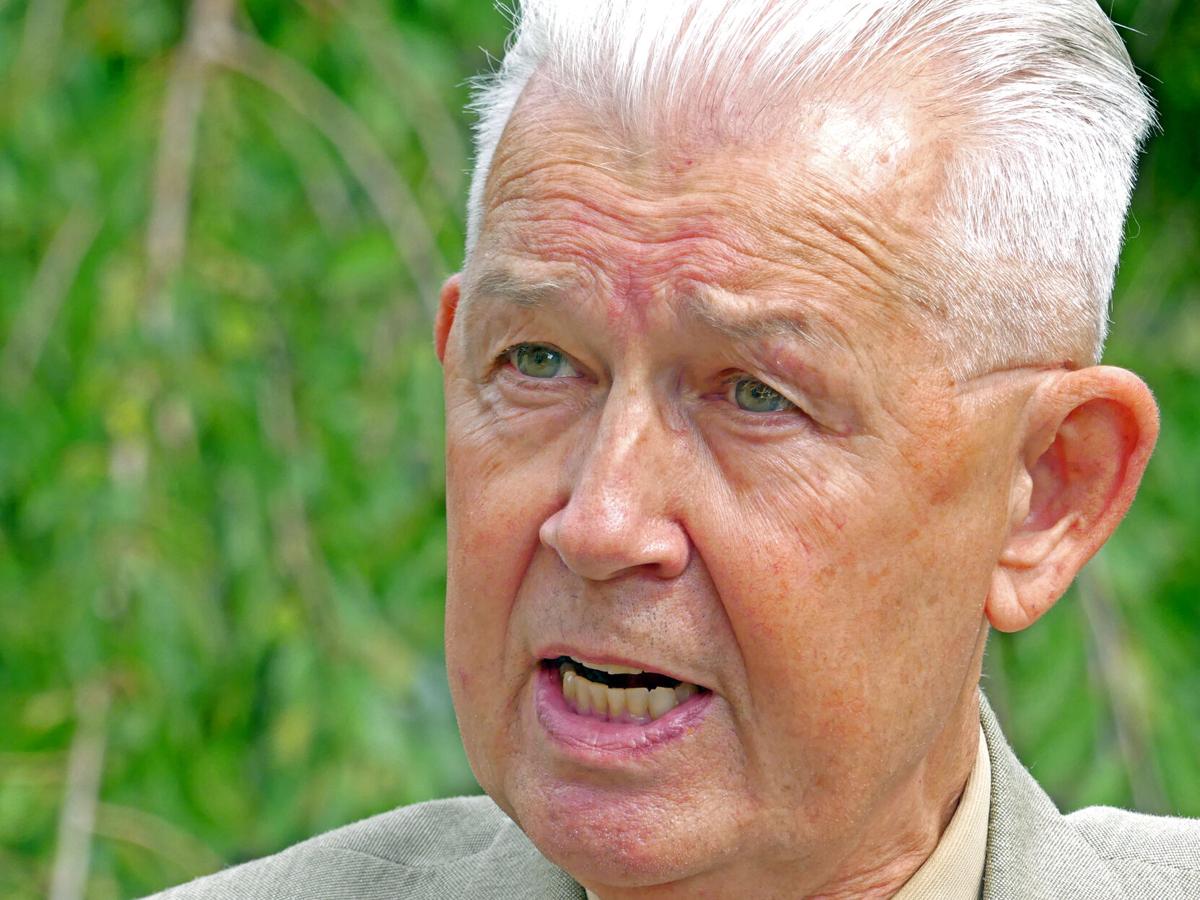 WESTERLY — Term limits, fiscal restraint, and education are the topics that Robert Lancia, Republican candidate for the state's 2nd District Congressional position, cites as the top three that he will work on if elected in November.

Lancia, who will oppose 10-term incumbent Democrat James Langevin, discussed his platform and motivation for running during an interview Thursday in Wilcox Park. He was in town as part of a planned 20-stop tour of the sprawling district which includes all of Washington and Kent counties as well as Burrillville, Cranston, Foster, Glocester, Johnston, and part of Providence. He's calling it the "Langevin Retirement Tour."

"I want to help throw a retirement for James Langevin. He's served for 20 years ... so I thought what a great time to retire, and I'd like to help him do that," Lancia said.

"This is supposed to be public service, it's not a lifetime appointment," Lancia said.

The federal deficit, predicted by  the Congressional Budget Office to grow by $3.7 trillion in the current fiscal year, which ends on Sept. 30, must be addressed Lancia said. To accomplish the goal, Lancia said, he supports Kentucky Republican Sen. Rand Paul's "penny plan," which called for, when it was introduced in 2018, every budget dollar spent by the federal government to be reduced by one penny for five years to balance the budget.

The Paul plan would have to be increased to two or three pennies because of recent deficit growth, Lancia said. He also acknowledged that the deficit has grown under President Donald J. Trump.

"Absolutely it has grown under President Trump. Both parties are guilty. I'm very concerned, President Trump and Mr. Biden are both proposing massive spending increases. This has got to stop. In the old days you would ask 'Where is the money coming from?'" Lancia said.

Lancia's explanation of why he is running and what he would aim to accomplish if elected was punctuated with the talking points and buzzwords woven into the national political narrative. During a discussion of one of his top priorities — fiscal restraint — Lancia said, "The seminal issue in this election is capitalism versus socialism."

When asked to elaborate rather than risk tossing the stark contrast out as a scare tactic, Lancia pointed to the national-health-care-for-all policy supported by some Democrats, but not Biden. He also pointed to calls for defunding police, which Biden has also said he opposes, "getting rid of the suburbs" and establishment of a basic minimum income as examples of the "socialist" policies he will fight. He accused Langevin of "remaining silent" on the so-called socialist issues.

Rather than a national health care policy, Lancia called for policies and programs to encourage physicians to develop their own business models, particularly in the nation's inner cities.

"Allow doctors to own practices and be able to innovate, invest, and create, rather than these large health care concerns taking everything over," he said.

"New ideas and new models" are needed to invigorate education, Lancia said. He pointed to the struggling public school systems in Providence and Central Falls as evidence of a need for a new approach.

When asked what should be done to address the COVID-19 pandemic, Lancia said face masks and social distancing will likely remain necessary. He noted that some countries have reinstated shutdowns but questioned using the same approach in the United States.

"Unfortunately we can't continue to do that, because it's killing our economy," Lancia said.

A former elementary school teacher and retired chaplain in the U.S. Navy, Lancia serves as vice chairman of the Rhode Island Republican Libertarian Caucus and is the Republican State Committee's outreach chairman. He is a Baptist minister and previously represented, for two terms, District 16 in the state House of Representatives.

Lancia said he demonstrated an ability "to work on both sides of the aisle" during his time as a state representative, working successfully on several bills. While saying he was disappointed by some of Trump's actions, Lancia predicted the president will be re-elected.

"Wouldn't it be great to have a Republican in the House from Rhode Island to help us get what we need?" Lancia said.

He promised to be responsive to constituents if elected.

PHOTOS: A storm is brewing over the Watch Hill Lighthouse

8 contractors charged with failing to comply with orders over substandard, unfinished work

The Doctor Game: Why do health inequities persist?