You are the owner of this article.
Edit Article Add New Article
Welcome, Guest
Home
News
Sports
Obits
Opinion
Photos
Classifieds
Things to Do
More
1 of 15 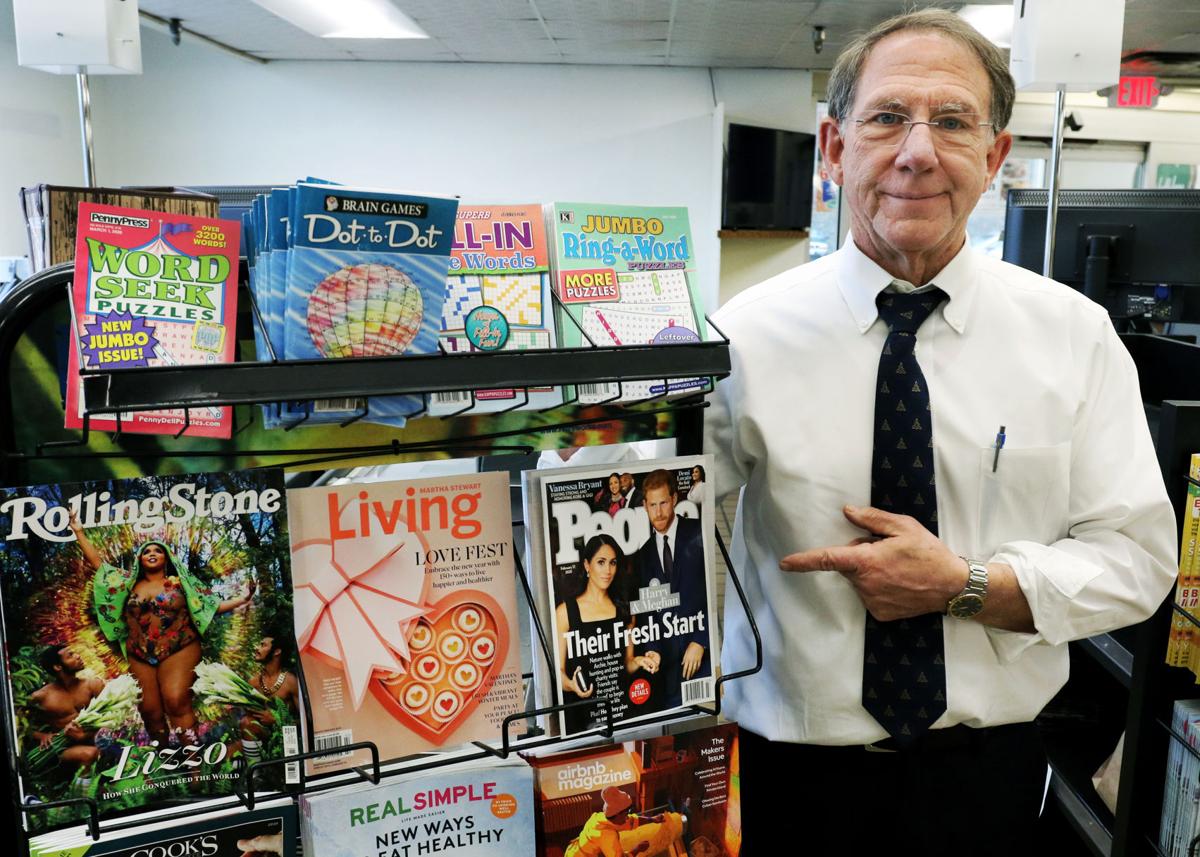 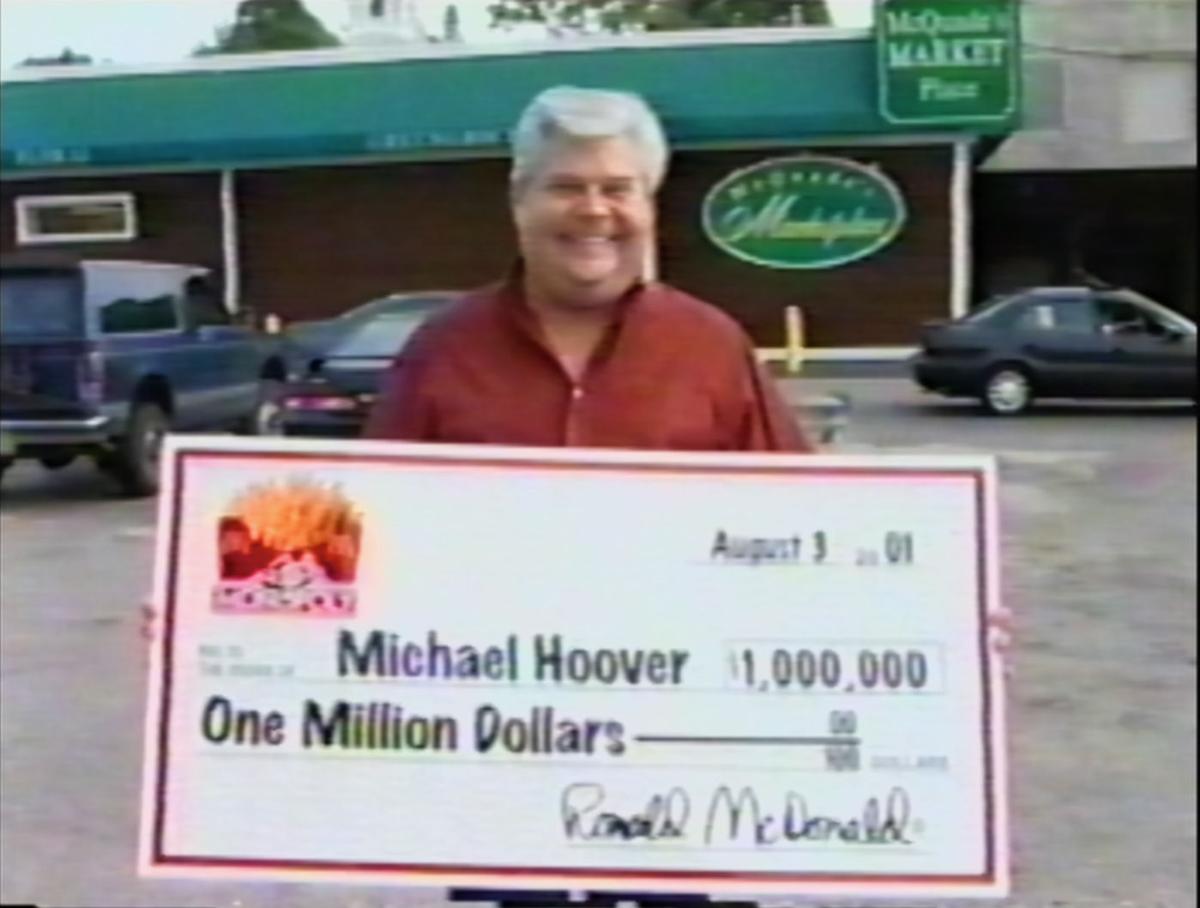 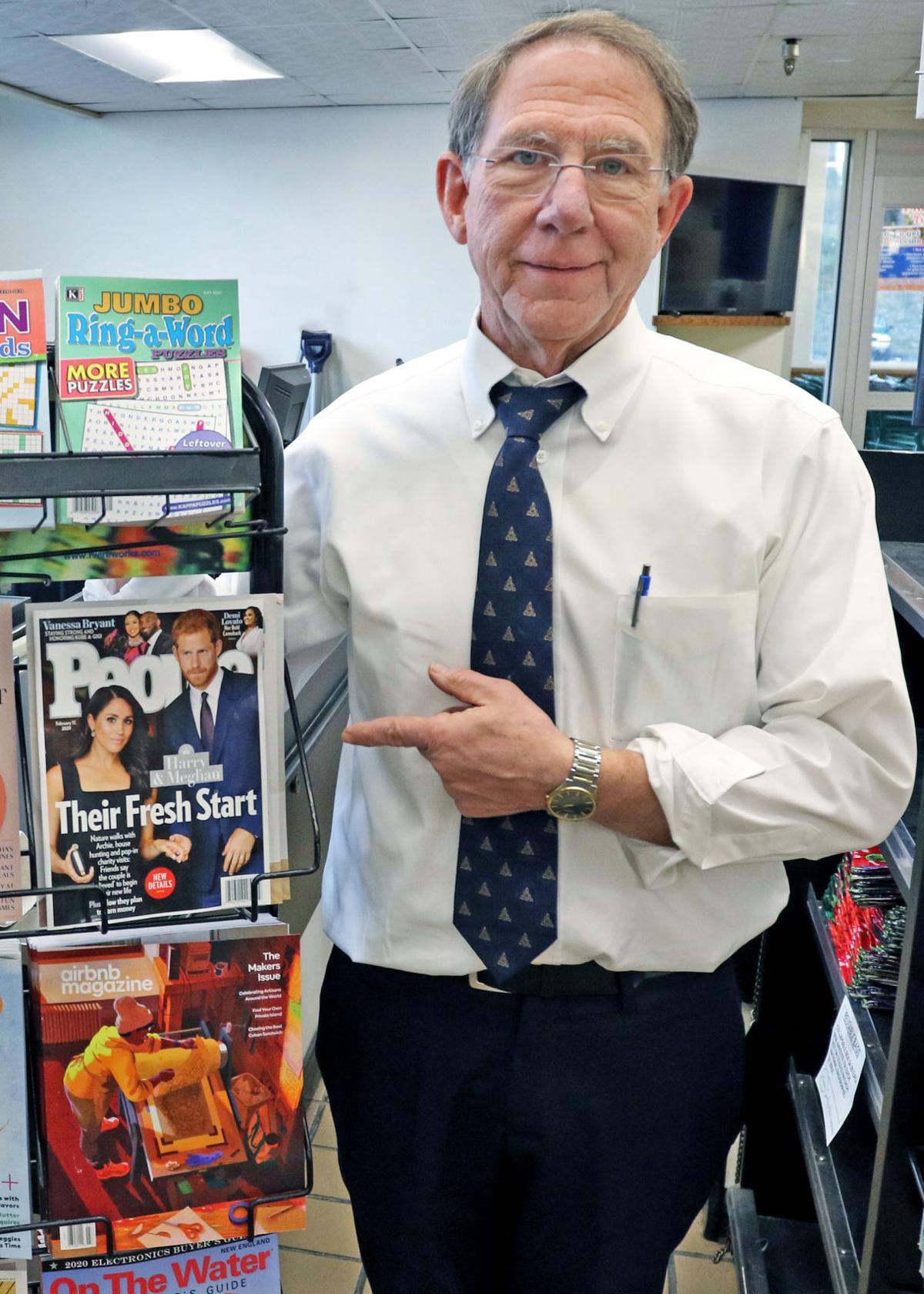 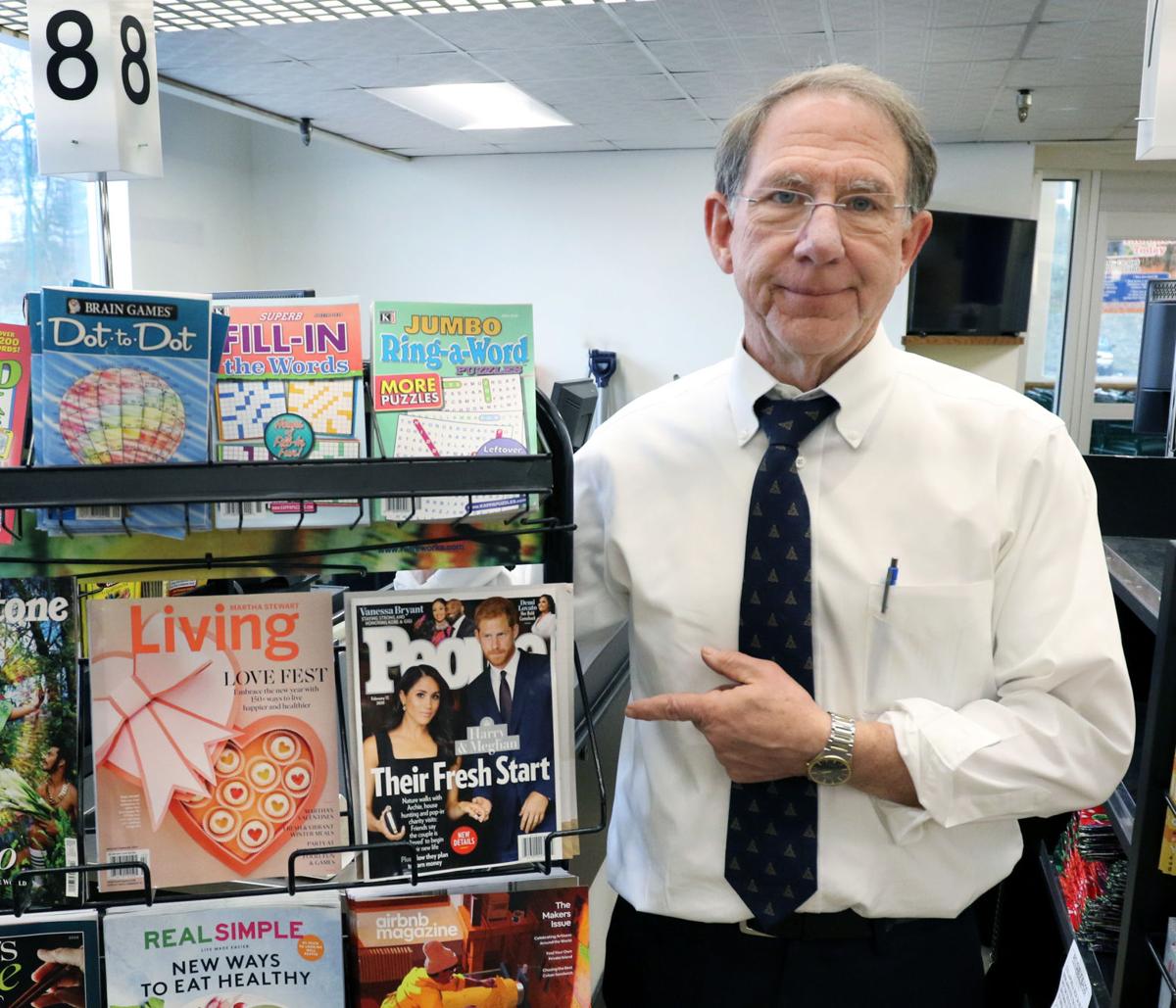 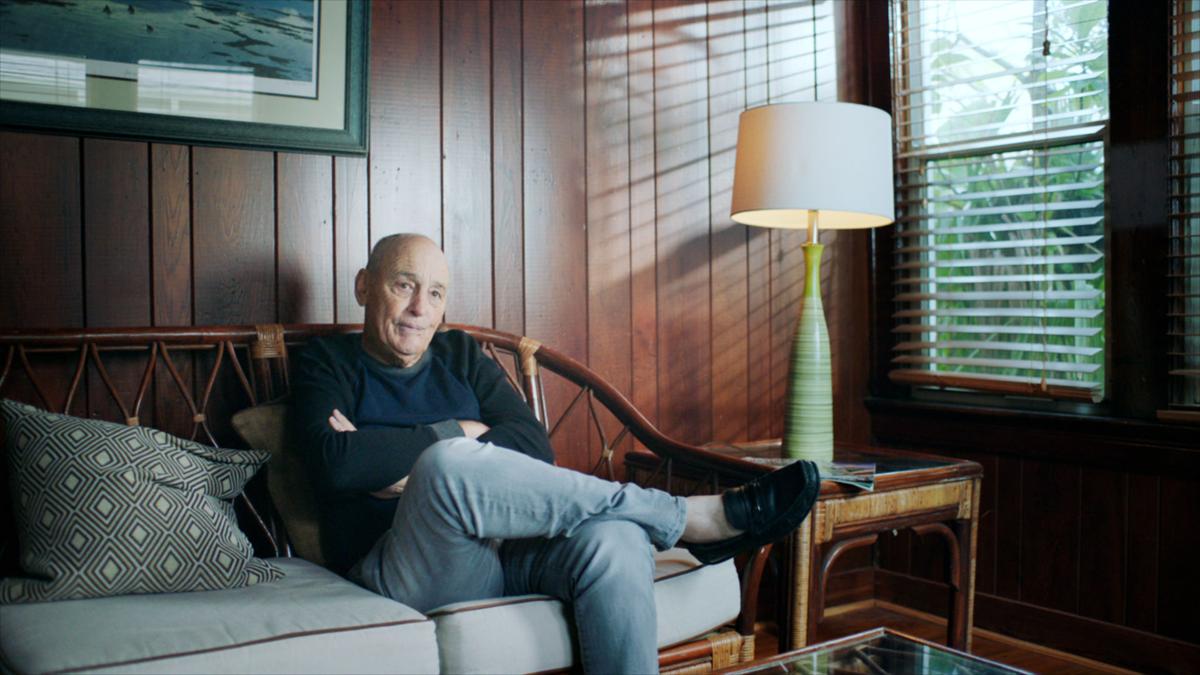 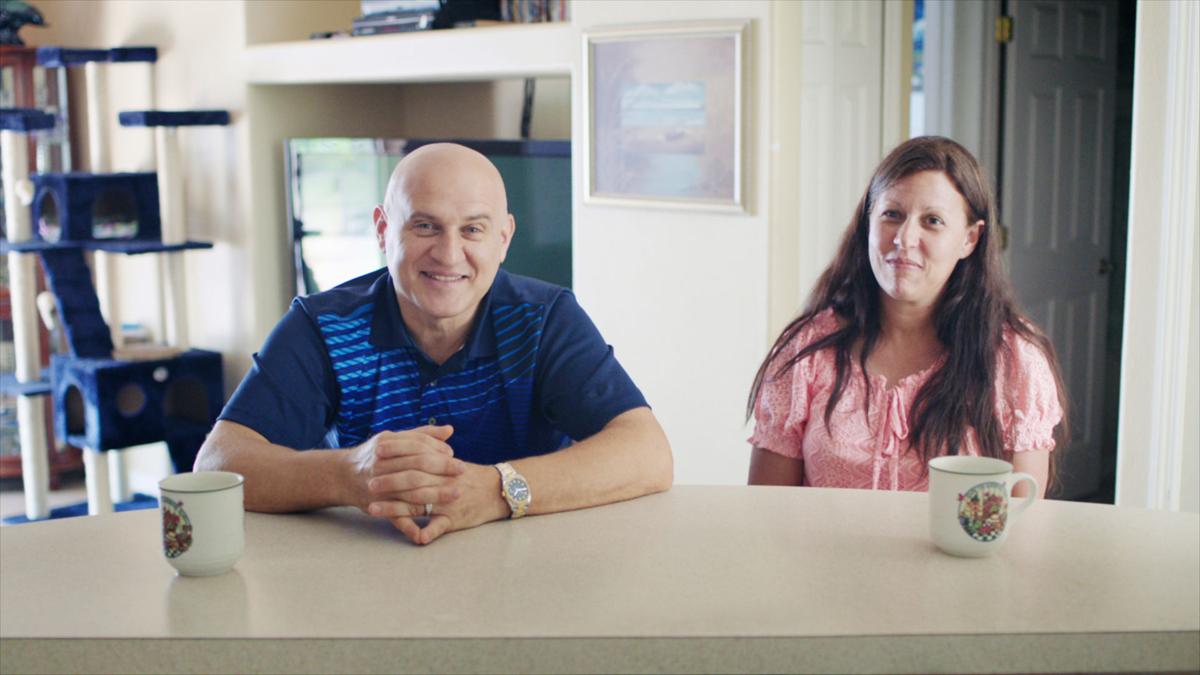 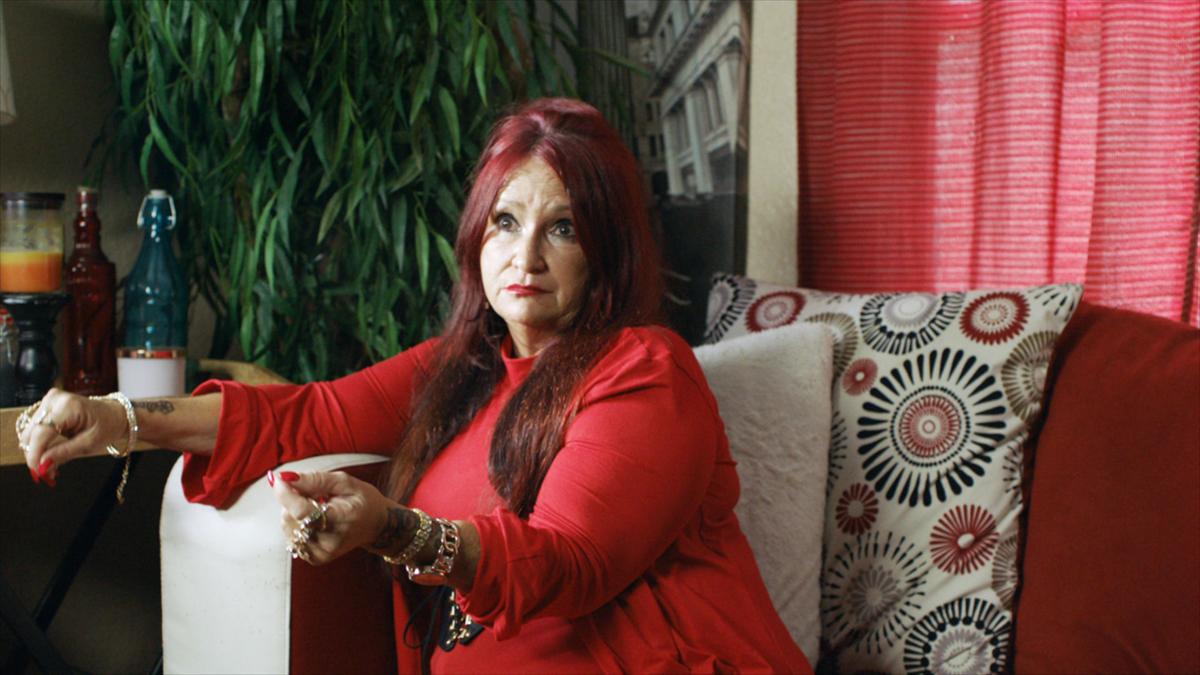 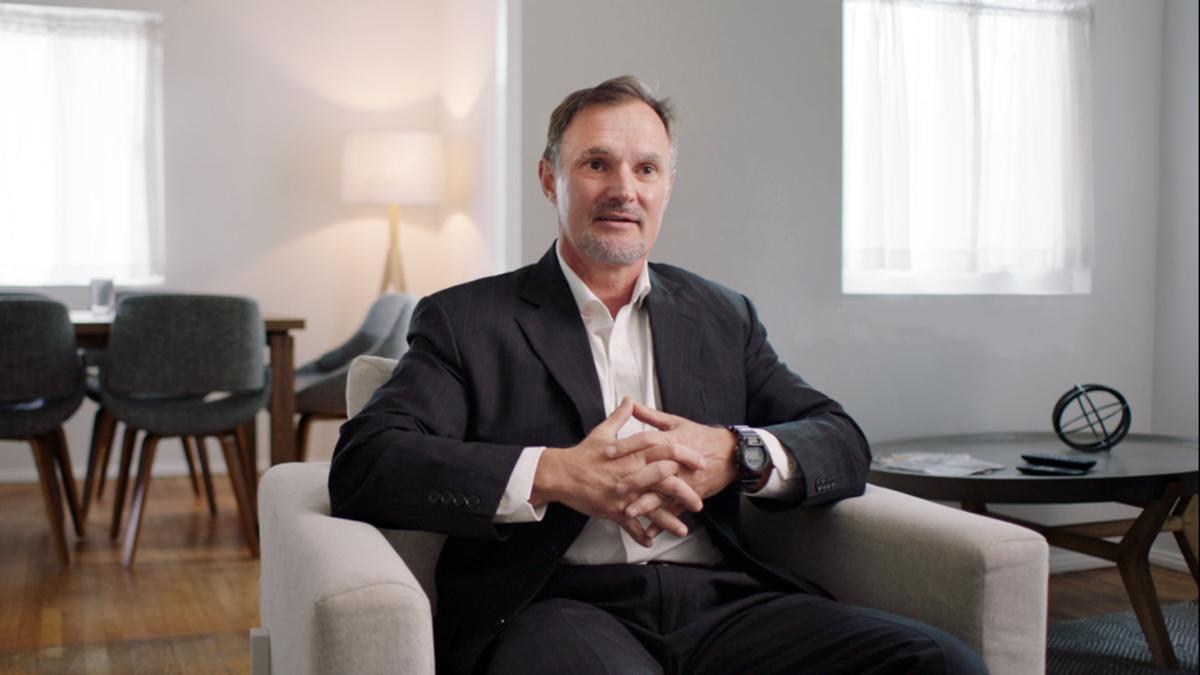 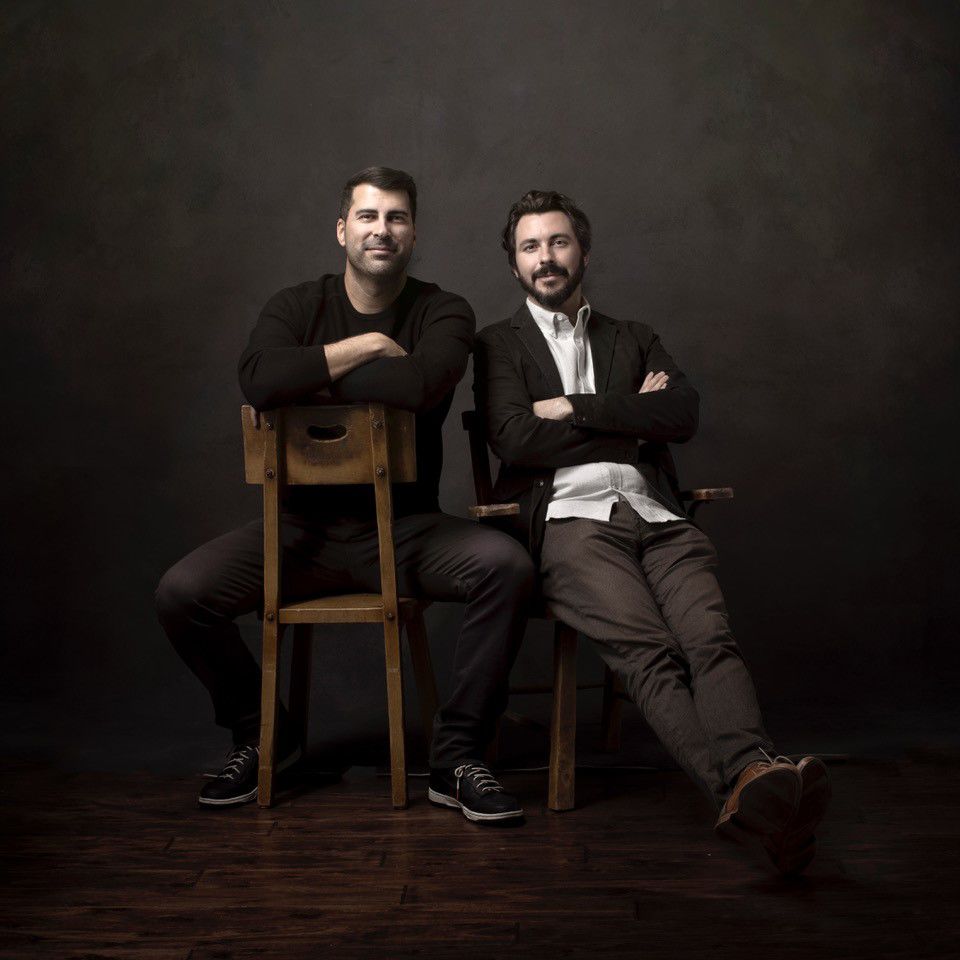 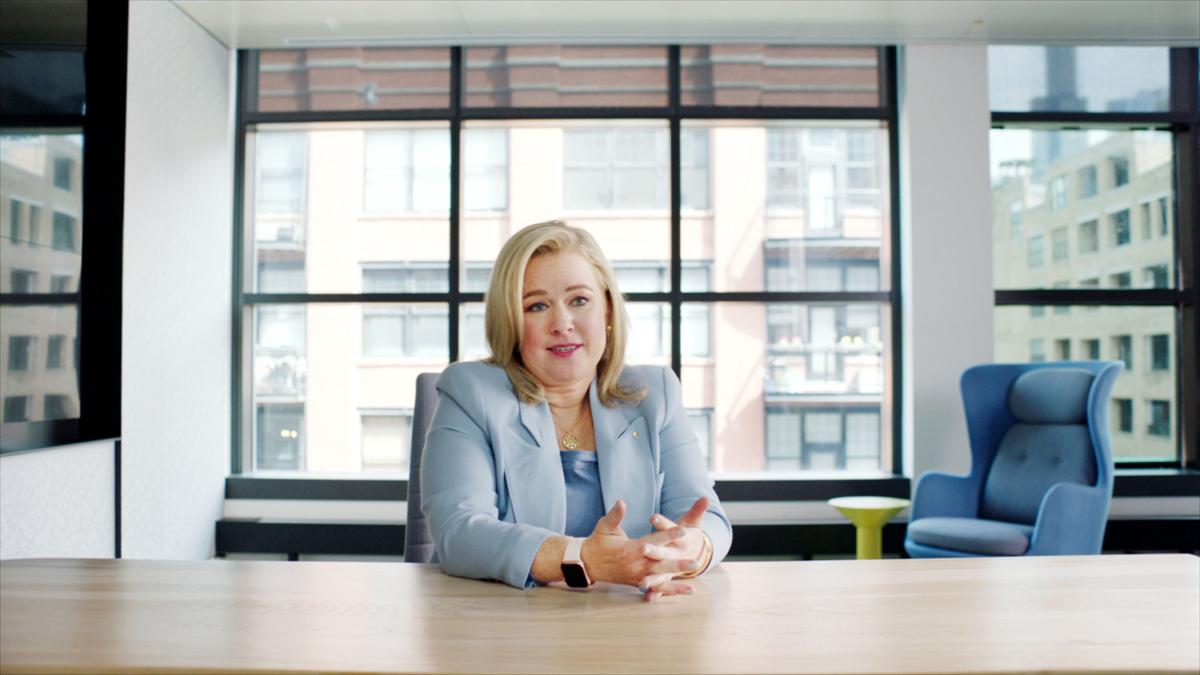 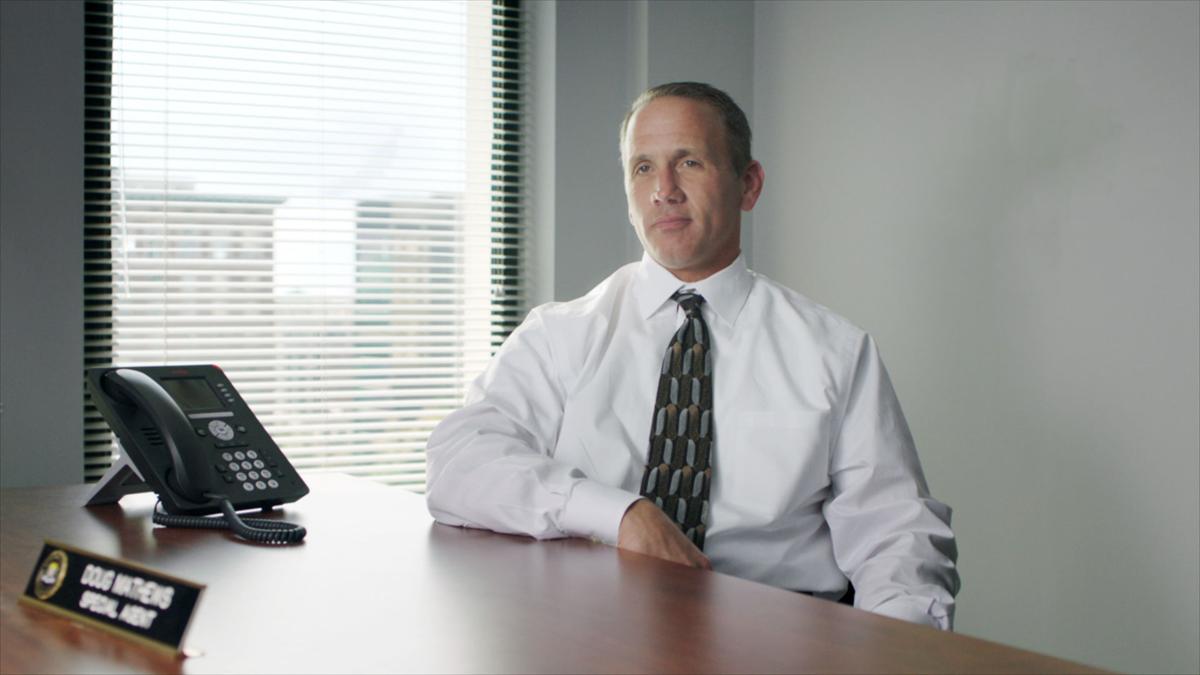 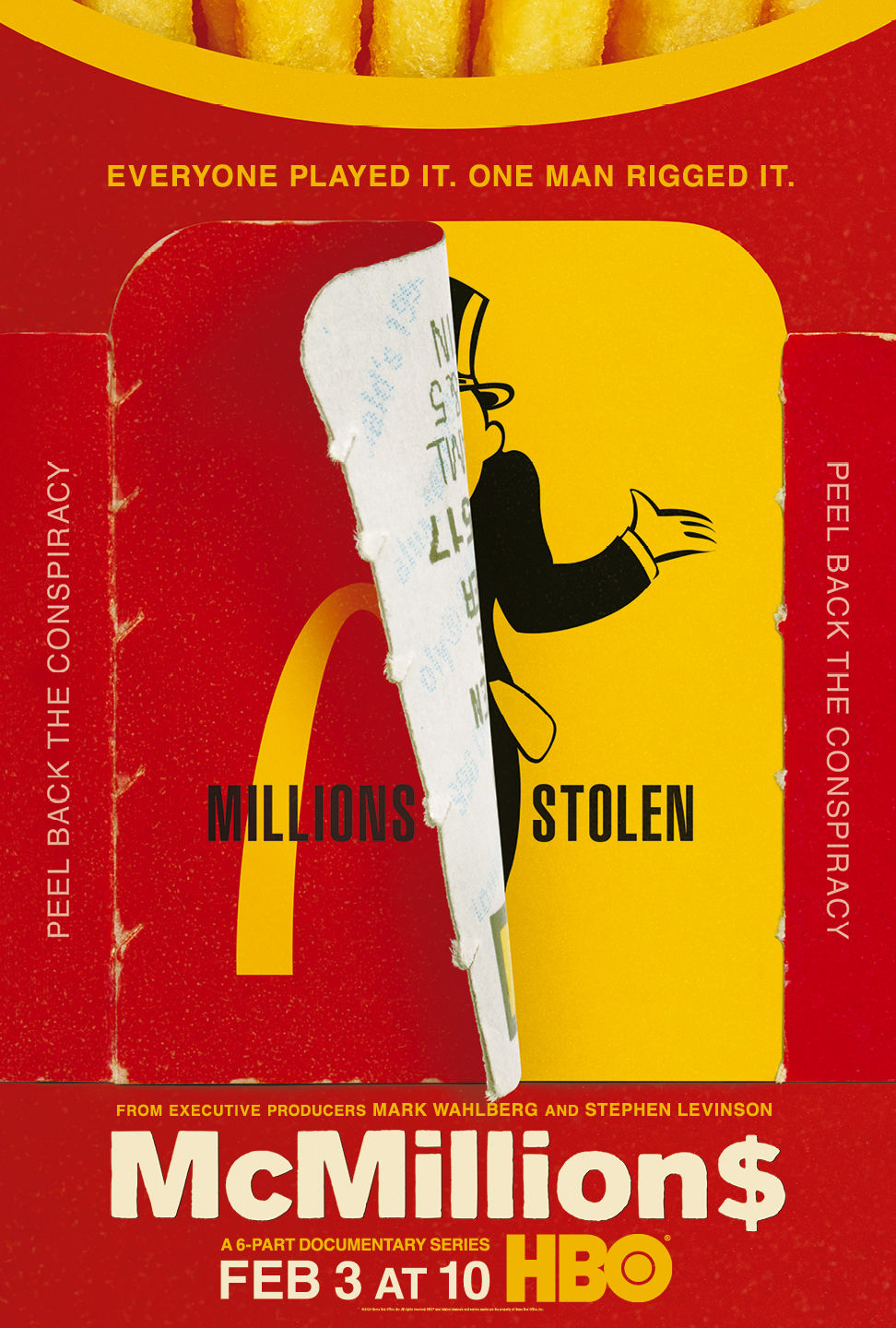 WESTERLY — Ask Michael J. McQuade about the renovation underway at his Westerly grocery store, or about plummeting milk sales, rising kombucha sales, the latest food trends and who brought zeppoles to town, and he'll give you interesting, fact-based, in-depth explanations. Ask him about TV shows and he'll shake his head.

McQuade, the president and owner of three grocery stores — in Jamestown, Mystic and Westerly — rarely watches TV and doesn't subscribe to HBO. So when customers started telling him that they saw his Westerly supermarket on a new HBO documentary, he was in the dark — at first.

As the buzz grew louder, and more people began asking questions about McQuade's selling million-dollar winners, McQuade and his employees began to put the pieces together, according to Westerly store manager Roxanne Champlin Ferraro of Ashaway, and soon realized what was going on.

As local fans of "McMillion$," — the six-part documentary series now showing on HBO — have noticed, McQuade's Marketplace, along with an unidentified beach in Westerly, have cameo appearances in the first episode. As does a man named Michael L. Hoover, a former Westerly resident.

The show, which made its debut on Feb. 3, tells the story of a $24 million McDonald’s Monopoly game fraud in 2001.

From 1989 to 2001, according to statements from HBO, "a criminal mastermind code-named 'Uncle Jerry' defrauded the hugely popular McDonald’s Monopoly promotional game of millions of dollars in prize money."

By stealing valuable game pieces from McDonald’s, Uncle Jerry was able to hand-select winners, hoodwink the authorities and share the ill-gotten gains, according to HBO. The deception, which started among family and friends, soon expanded to include "a cast of shifty ex-cons with ties to the mafia and unsuspecting co-conspirators."

Hoover, who lived in Westerly during that time and had been working at Foxwoods Resort Casino, according to an article published in The Sun in 2001, "was one of eight people arrested by the FBI in 2001, for allegedly netting more than $13 million worth of McDonald's game prizes as part of a fraud scheme."

In the HBO show, Hoover was filmed holding a giant promotional check on the beach, and a copy of a People magazine while standing in front of McQuade's. The segment — including the Westerly beach scene — was real FBI sting footage. Hoover was unaware at the time that he was part of an undercover investigation.

Hoover tells the FBI agent posing as the interviewer on a crew shooting a promotional video that he purchased a copy of the magazine and then went to the beach, where he accidentally dropped his magazine in the water. On his way back home, he says, he stopped at McQuade's to pick up a new copy. Inside the magazine, he said, was his $1 million instant winning ticket.

The story of the swindle, which was chronicled in 2018 in "The Daily Beast," was made into a documentary by HBO Documentary Films in association with Unrealistic Ideas production and Fun Meter. Mark Wahlberg is one of the executive producers for the documentary, which was written and directed by James Lee Hernandez and Brian Lazarte.

The story is told by the "prize winners," the criminals, government officials, and the FBI agents who eventually took the crime ring down, including FBI Special Agent Doug Mathews.

"McMillion$" made its world premiere at this year's Sundance Film Festival, in the "Special Events" category.

Tony Nunes, the artistic director at the United Theatre in Westerly, attended this year's Sundance festival, but missed seeing "McMillion$" when he was there. He and his wife, however, a pair of self-proclaimed "documentary geeks," have been watching "McMillion$" on HBO.

They laughed out loud when they noticed a familiar sight "pop onto the screen," said Nunes in an email earlier this week.

"There was the Westerly McQuade's, right at the center of this very odd, somewhat comical FBI sting to get to the bottom of an elaborate scam to rig the McDonald's Monopoly game," Nunes said. "It's always fun to see our hometown on screen in films like Kubrick's "Lolita" (which features The United Theatre), "Mystic Pizza" and "Dan in Real Life," but seeing it in the context of a crime story like this one was unexpected."

"I don't think I ever knew about the story," said Ferraro one afternoon last week as she stood with McQuade near the newly-arranged greeting card section of the store. "It happened just before nine-eleven so I think the whole story got lost."

But Ferraro knows the story now, and although she's only watched one episode of "McMillion$," she's hooked, even though McQuade's appears only in the first episode.

Despite the fact that the story, which reached its conclusion on Sept. 10, 2001, was indeed eclipsed by events the following day, according to HBO, it nonetheless "reveals the timeless power of greed and profiteering that can lead people to do extraordinary things."

"Many who found the prospect of winning a ticket too good to turn down found out the hard way that it was too good to be true," HBO said, "and the negative repercussions continue to affect their lives today."

At the time, law enforcement authorities said the people arrested were charged with fixing the outcome of "McDonald's Monopoly," "Who Wants to Be a Millionaire," and other promotional games by controlling the distribution of the high-value prize pieces, such as the $1 million grand prize.

"This fraud scheme denied McDonald's customers a fair and equal chance of winning," U.S. Attorney General John Ashcroft said at the time. "Those involved in this type of corruption will find out that breaking the law is no game."

Authorities said no McDonald's Corp. employees were involved, and McDonald's assisted in the investigation.

Jack M. Greenberg, McDonald's chairman and chief executive officer, said at the time that, "Customer confidence is at the very heart of McDonald's business. We're determined that nothing gets between us and our customers, and we're outraged when anyone tries to breach that trust."

More than $13 million worth of grand prizes were "won" by the conspirators in the scheme, the FBI said in a statement.

The bureau's investigation was called operation "Final Answer." All eight individuals were charged with conspiracy to commit mail fraud, and felony complaints were filed against them in federal court in Florida.

The FBI said the scheme started as early as 1995. The government alleges that those involved provided winning game pieces to friends and associates who acted as recruiters. The recruiters then solicited individuals who falsely and fraudulently represented that they were the legitimate winners of the McDonald's games.

The eight made off with some of the highest-value prizes in the McDonald's games, authorities said. But the sources also said that no employees of McDonald's were involved in the scam.

McDonald's has offered significant prizes — $1 million in cash, diamonds or gold, cars and vacations — to Monopoly game winners. Customers collect game pieces attached to drink cups, included in magazine advertisements or obtained through writing to McDonald's. The pieces were redeemable for "instant win" prizes or could be used on a Monopoly game board available at McDonald's.

"This investigation has required the utilization of some of the most sophisticated and innovative investigative techniques," said acting FBI Director Thomas J. Pickard at the time.

Back at McQuade's in Westerly, which has been part of the downtown Westerly landscape since the 1960s, Michael McQuade stood near a magazine stand and pointed to the current edition of People magazine.

In the HBO documentary, a smiling Hoover, the former Westerly resident who was arrested for participating in the scam, says; "This is where I got the People magazine," while standing in front of McQuade's.

"We don't even sell lottery tickets," said Ferraro with a laugh, "but we're always happy to get attention."

McQuade's grocery store actually started as a produce stand in Providence in the 1950s and was owned by Ed and Arthur McQuade. About 10 years later, they opened their first market in Westerly. Michael McQuade opened the store in Jamestown in 1980 and then the Mystic store in 1994.

The renovation of the Westerly store, which carries more than 45,000 items, should be complete in another few weeks, McQuade said, then comes zeppole season.

Zeppoles, handmade cream puffs filled with custard or whipped cream and topped with a cherry are traditionally sold around the feast day of St. Joseph, and have become a popular treat in mid-March, especially in Italian-American communities.

"We brought zeppole to the area about twenty years ago," said McQuade. "I don't get HBO but I do try to do the best for our customers. I try to get things they ask me to find."