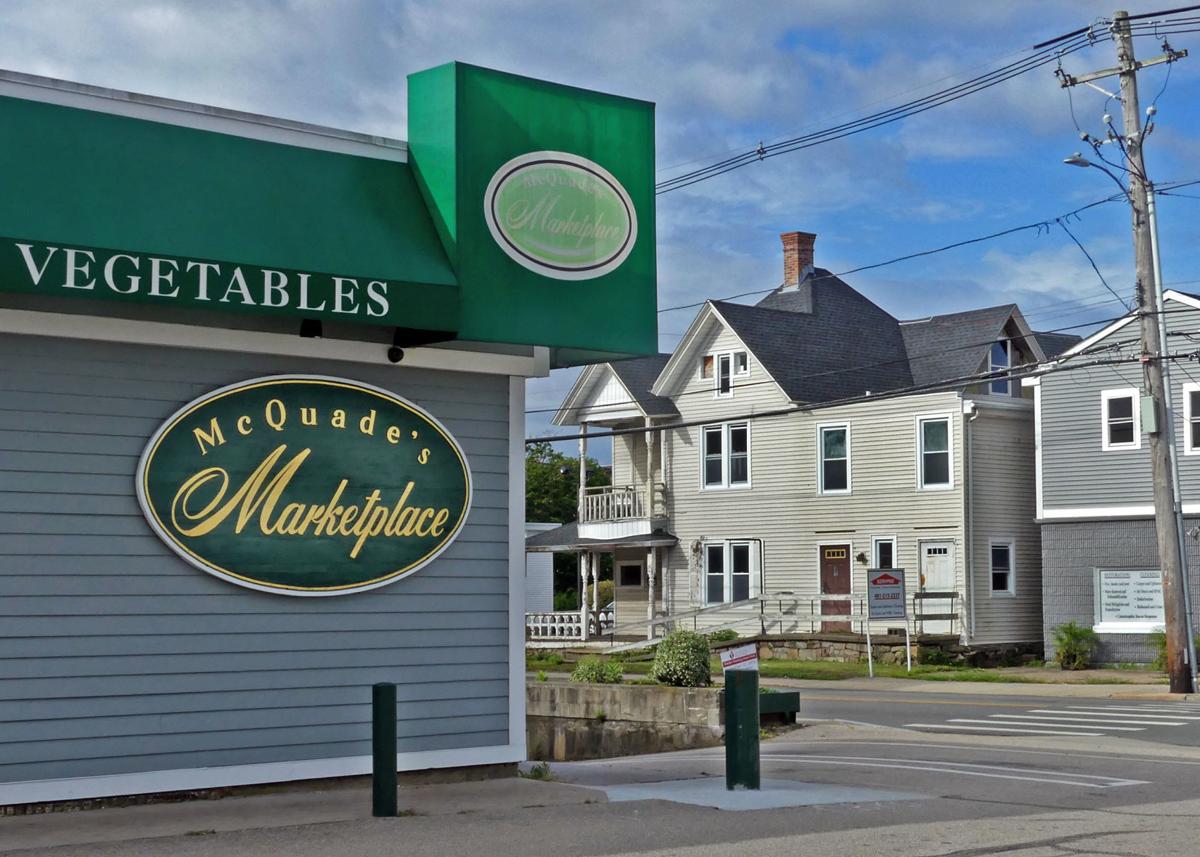 View of 117 Main St. in Westerly, which has been proposed as employee parking for McQuade's Marketplace across the street. August 28, 2019. Harold Hanka, The Westerly Sun 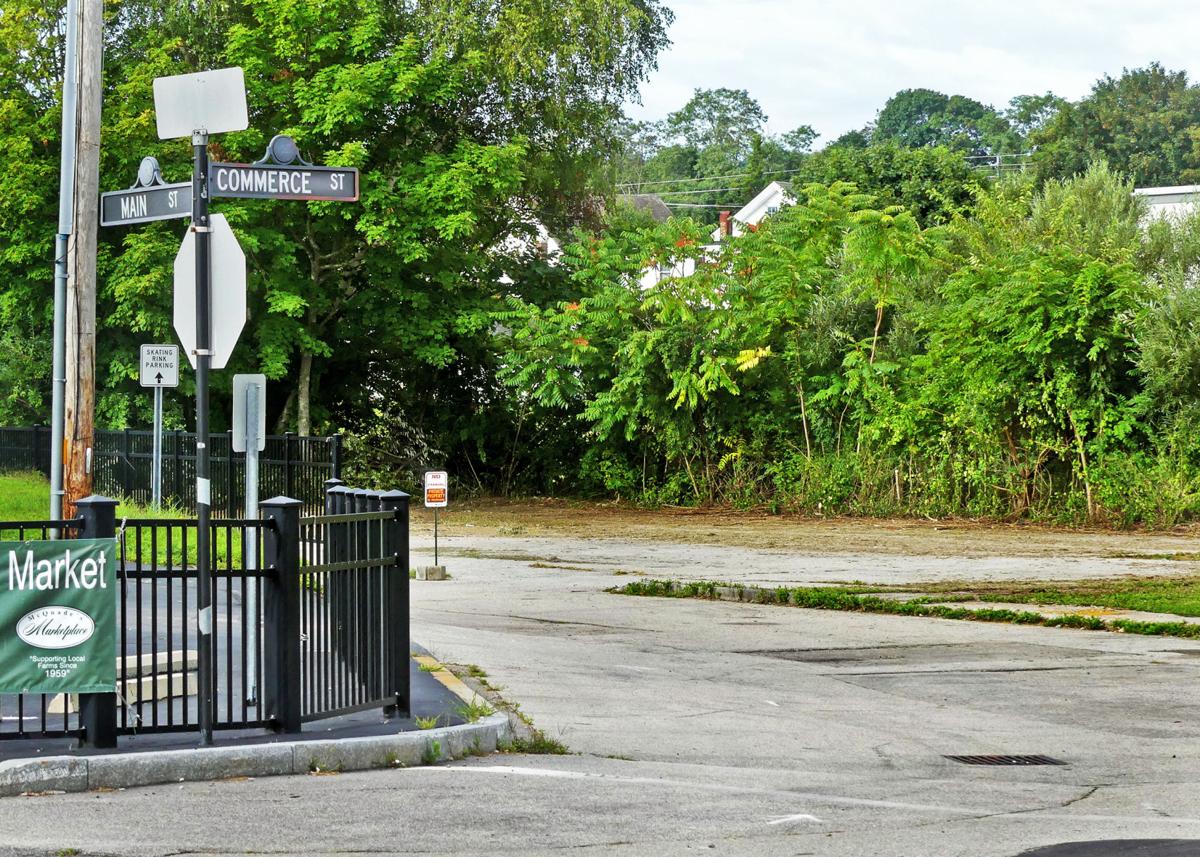 View of 1 Commerce St. lot in Westerly, proposed as employee parking for the nearby McQuade's Marketplace. Wednesday, August 28, 2019. Harold Hanka, The Westerly Sun

View of 117 Main St. in Westerly, which has been proposed as employee parking for McQuade's Marketplace across the street. August 28, 2019. Harold Hanka, The Westerly Sun

View of 1 Commerce St. lot in Westerly, proposed as employee parking for the nearby McQuade's Marketplace. Wednesday, August 28, 2019. Harold Hanka, The Westerly Sun

WESTERLY — Members of the Planning Board and related staff members are hopeful that two new parking lots planned for Main Street and a nearby roadway are spruced up to contribute rather than detract from the look of the downtown area.

McQuade's Marketplace wants to use the lots, at 117 Main St. and 1 Commerce St., for employee parking. The properties are visible from Main Street.

"Parking areas that are not obscured at all by any landscaping. I don't think it's good," Jason Parker, a member of the Planning Board, said at its Aug. 20 meeting.

Richard Constantine, Planning Board vice chairman, agreed. "We really are trying hard here to make it become more attractive," he said referring to Main Street and the surrounding area.

Project engineer Sergio Cherenzia of Cherenzia & Associated Ltd. said the store needs to convert the two parcels for use as employee parking lots because a lot across Main Street from the store, which has been used for employee parking in the past, will be "vacated" by the store.

The Commerce Street lot is currently vacant and is sometimes used as overflow parking for the nearby ice skating rink and the Bridge Restaurant. A building on the north side of the property was destroyed by fire in 2013.

A vacant two-story house on the Main Street lot would be torn down as part of the parking lot project. Cherenzia said the house, which was built in 1900, is considered historic, but the state Historical Preservation & Heritage Commission told the building's previous owner that "it doesn't contribute to the historic value of Main Street anymore."

Plans for the Main Street parking lot would require an assent from the state Coastal Resources Management Council because of its proximity to the Pawcatuck River. The Commerce Street property is being considered a redevelopment and as a result requires a lower standard of approval from CRMC, Cherenzia said. CRMC has requested installation of a landscape buffer, and Cherenzia said a rain garden will also be installed to capture storm runoff.

Parker asked Cherenzia and Michael McQuade, the store's owner, to consider applying to CRMC to build the Commerce Street parking lot under the council's Urban Coastal Greenway policy, which allows more relaxed setback and coastal buffer requirements for coastal properties in developed areas and also requires public access to the coastline, in this case the Pawcatuck River. Parker noted that the urban greenway policy was used in development of plans for the Cinder Restaurant, a Main Street project that Cherenzia is also working on.

Letendre also discussed the need for landscaping at the proposed Main Street parking lot site, saying it would help reduce energy costs by reducing heat in the area. She also suggested planting trees along Main Street at the property and said she would closely study plans, when they are submitted, for addressing rainwater, which she said would likely run into the river from the parking lot.

James A. Hall IV, Planning Board chairman, said the parking lot applications represent a chance for a local business to meet its needs and to follow through on a town goal.

"We have an ability to not only help a great business, a great town staple, but I think we have an opportunity to promote something we've been working to make more beautiful ... a place where people want to be and congregate"

Hall said the projects could be a way for the town to make better use of the river and said boaters could be a source of business for the store. Boaters, he said, often search for grocery stores that are close to the water and often spend significant amounts of money.

Representatives of McQuade's will return to the board in the future with more detailed plans for master plan and preliminary plan review. The board agreed to allow both reviews to occur simultaneously.