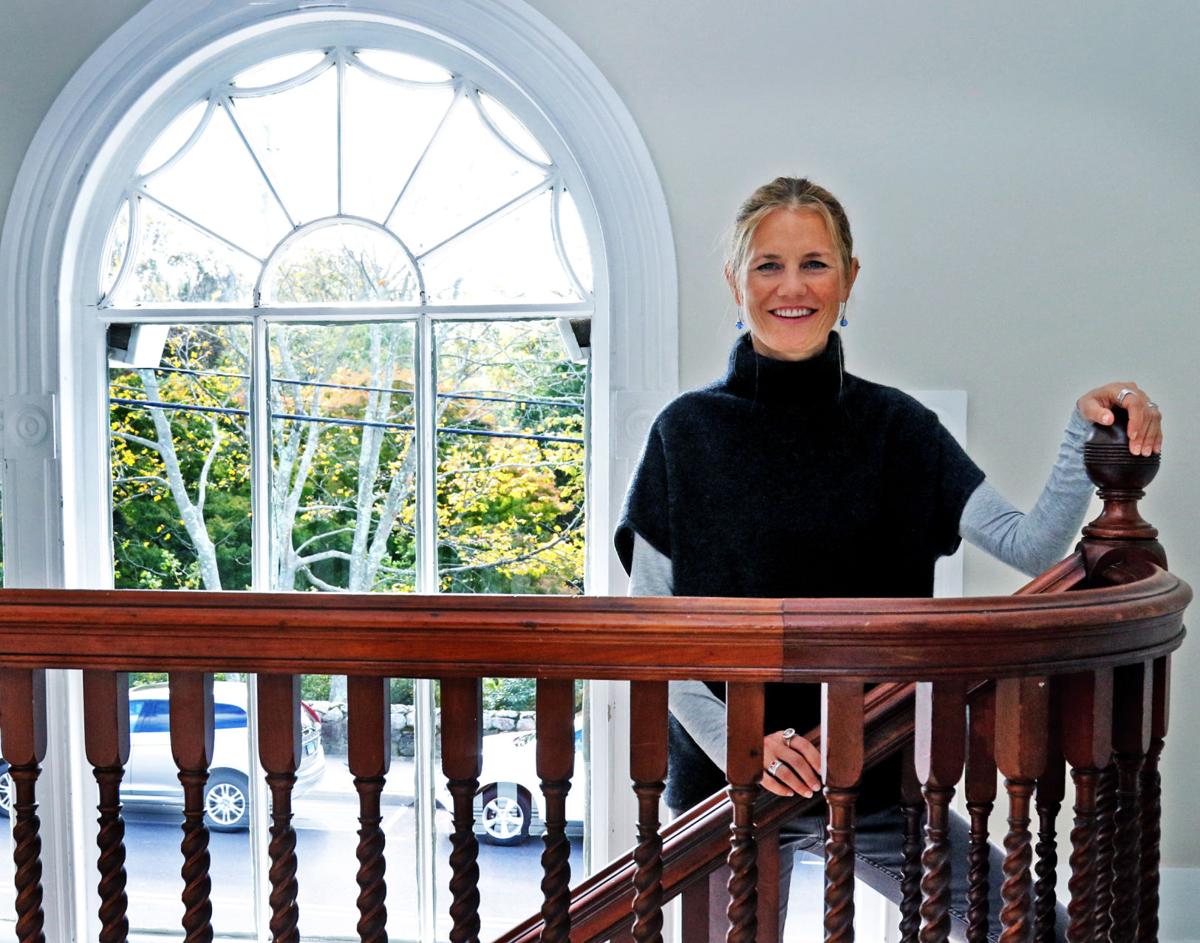 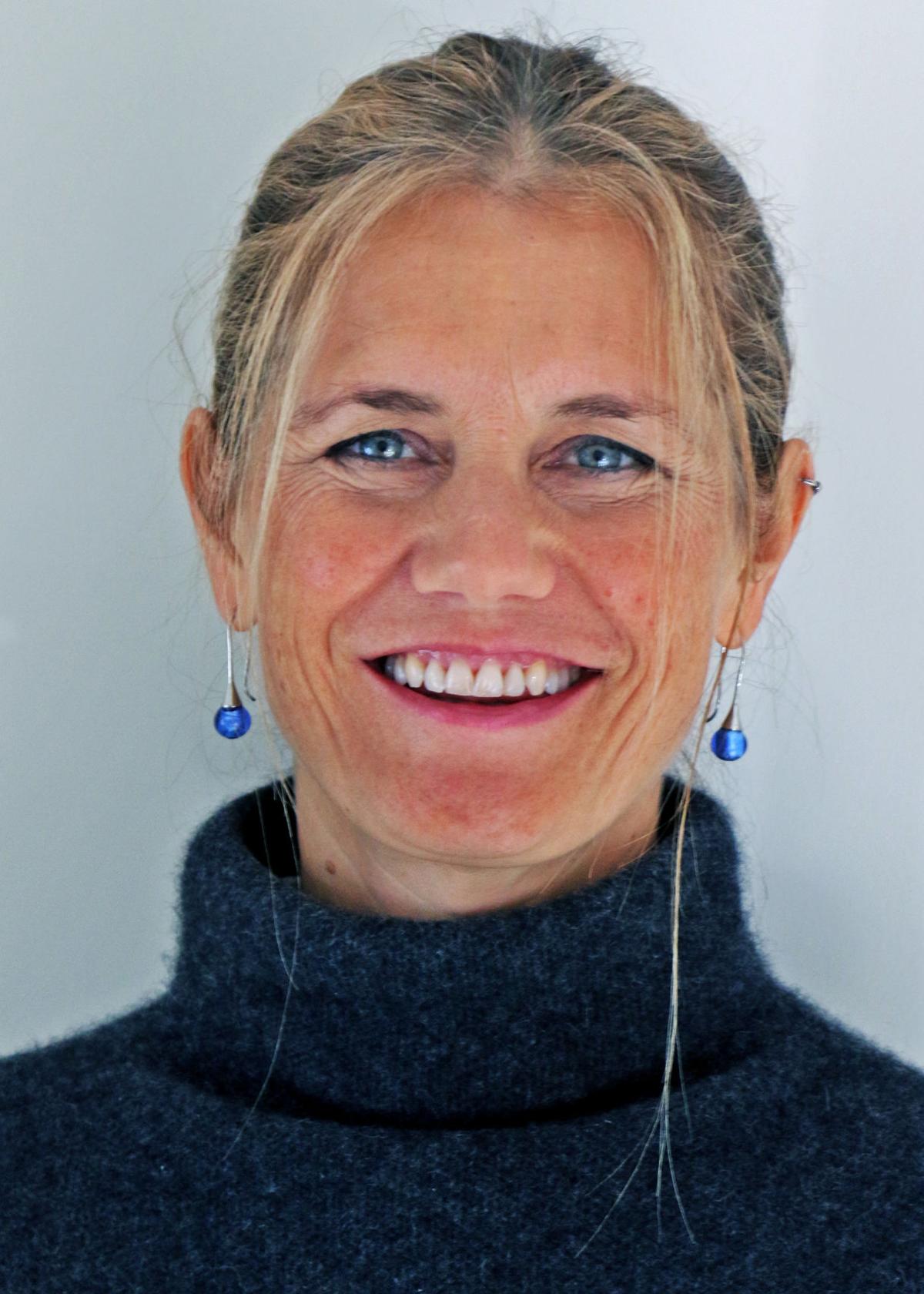 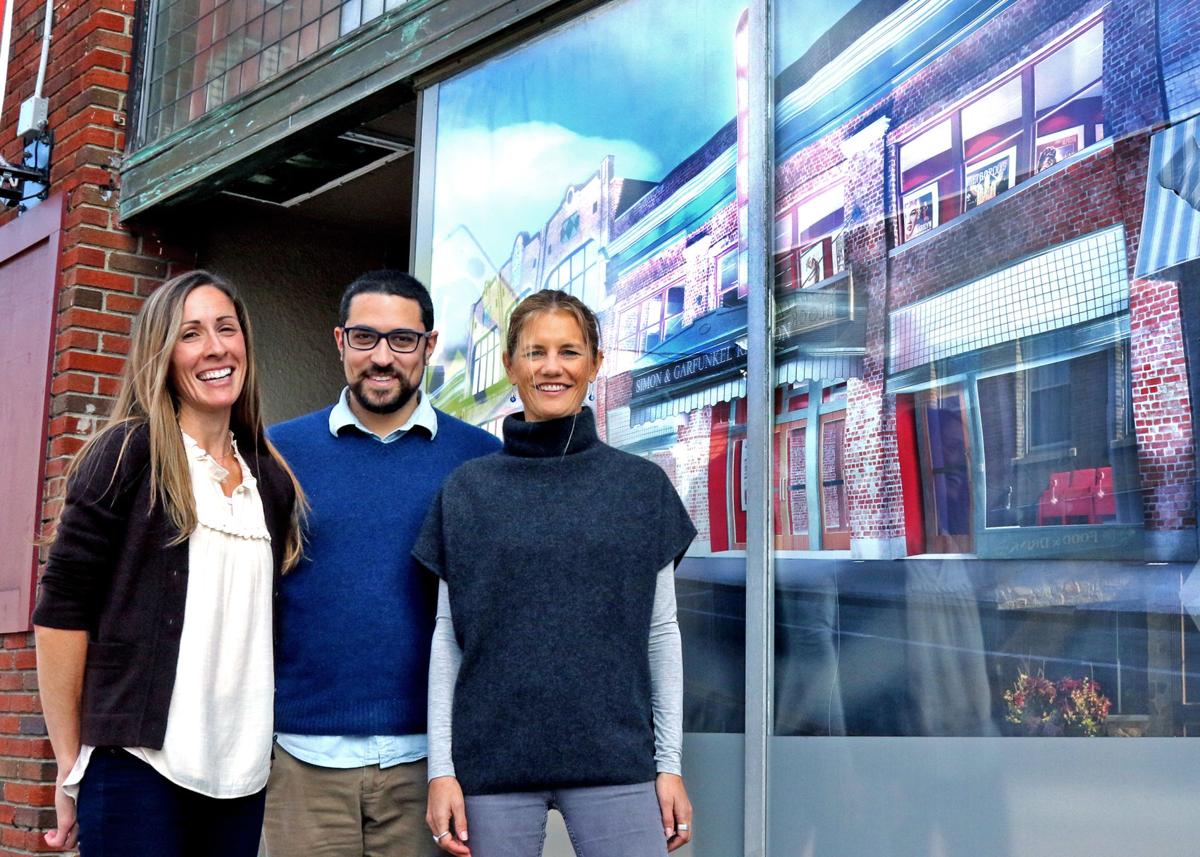 Editor's Note: This is an updated version of this story, which was published in print on Oct. 20.

WESTERLY — Saunderstown resident Lisa Utman Randall, a poet, writer, teacher and passionate supporter of the arts who helped grow the Jamestown Arts Center into a bustling cultural hub with a stellar statewide reputation, has been named the new executive director of the United Theatre.

The appointment is a major milestone for the downtown Westerly theater, which was built in 1926 and is undergoing a multimillion-dollar renovation. It is slated to reopen in the fall of 2020 as a regional arts center.

"I'm honored for the opportunity," said Utman Randall, 54, who has a bright, ready smile and dazzling blue eyes. "It's very exciting to envision the project and all that can happen in that big, beautiful facility."

Utman Randall drove to Westerly on Friday morning for a meeting with members of the United's board of directors, the two other staff members, and a few of the theater's program partners.

"We are thrilled to have Lisa join the team. She has experience, she's dedicated and she's dynamic," said David J. Beauchesne, executive director of the Providence-based Rhode Island Philharmonic Orchestra and Music School, one of the program partners. "She has the brain of an entrepreneur and the heart of an artist."

"We couldn't be happier," added Beauchesne. "This is fantastic."

"We're very excited," said Maureen Fitzgerald, who chairs the board of directors and is president and CEO of the Ocean Community YMCA. "Lisa comes with a lot of experience, particularly with startups, facility management and securing state and federal grants," Fitzgerald said, and would bring the project to fruition.

Philanthropist Charles M. Royce, who co-chairs the United's $12 million capital campaign with state Sen. Dennis L. Algiere, pointed to Utman Randall's success in growing other arts organizations in Newport and Jamestown. Royce said she  possesses the  traits necessary for transforming the facility — encompassing the historic United Theatre and the former Montgomery Ward building next door on Canal Street — into the "serious and substantial center for the arts" envisioned by the board.

Utman Randall has been a journalist, covering arts and entertainment for the Newport Mercury, and has written for Edible Rhody and the Philanthropists' Journal and other publications. In 1991, she co-founded Island Arts in Newport, and served as its executive director for 14 years.

She was also the director of development for Woonsocket's RiverzEdge Arts Project before becoming the executive director of the Jamestown Arts Center. She has served on the Arts & Culture Research Fellowship Advisory Committee for the Rhode Island Council for the Humanities; the Investment in Arts & Culture Advisory Committee at the Rhode Island State Council on the Arts, and other committees.

Randall Rosenbaum, executive director of the State Council on the Arts, praised  Utman Randall as amazingly talented: "She is smart as can be, energetic and personable."

"She has managed to build the Jamestown Art Center into one of the most consequential cultural centers in the state," Rosenbaum said. "She is a great choice for the United Theatre, because of her talent for building relationships and partnerships in a community that helps to grow an organization."

Utman Randall attended Emerson College in Boston and graduated from the University of Massachusetts at Boston with a degree in English literature. She is the mother of two grown children and is married to Newport native Luke Randall, an artist. A native of Baltimore, she grew up in Maryland and England, but now considers Camden, Maine, where several members of her extended family live, to be more like home. "It's where I go back to," she said. "It's where my heart is."

Utman Randall said the United reminds her of a similar project that took place in Rockland, Maine, involving the Strand Theatre, which underwent an extensive renovation in 2005. The Strand, which is listed on the National Register of Historic Places, is "at the heart of Rockland's thriving downtown district" according to the theater's website. It offers first-run and independent films, concerts and comedy shows, simulcasts, educational programs, conferences, and other special events.

The renovated and expanded United Theatre center will show first-run art films and revival cinema, and host jazz, classical and popular music concerts and musicians. It will also offer opera, ballet and modern dance programs and shows with local, national and international artists. The United will also become the home of a community music school and a public radio bureau.

"I have seen firsthand how the arts can transform a community," said Utman Randall. "I've seen what happens when the arts are accessible and when people feel welcome."

Tony Nunes, who was recently named artistic director for the United, said Friday that he's thrilled that Utman Randall had accepted the position. "Now we can focus on programming and the pop-up events we have planned," he said. "Now we can start doing all the fun stuff."

"I'm so excited," said a smiling Molly Evack, the United's administrative assistant, as she arranged a stack of colorful United brochures.

Utman Randall said she was perfectly happy at the helm of the Jamestown Arts Center, and loved the job, the staff, her colleagues and the island community. But she was intrigued when recruiters for the United Theatre came knocking on her LinkedIn door.

"I saw a message and I literally almost deleted it," said Utman Randall with a laugh. When she realized it was legitimate and from the United Theatre in Westerly, she gave it a second look.

"I said, 'Wow, this is super exciting and really interesting,'" she said. "Then I met with the board and got a better scope of the project and took a tour of the building and downtown Westerly."

Westerly holds a special place in Utman Randall's heart. Her children, Yelena, 24, who is studying for a master's degree in Israel, and Oliver, 22, a student at the University of Vermont, were both born at the Westerly Hospital.

"It's a beautiful town," said Utman Randall, who will begin her new job in January.

"I'm so excited," repeated Utman Randall who describes herself as down-to-earth and approachable. "Excited and proud and honored."

Ceramic artist Jillian Barber, who lives in Jamestown and grew up in Westerly, was delighted when she heard the news about Utman Randall.

Barber described Utman Randall as "petite and personable" but also a powerhouse:  a real doer who has brought dance, music, theater and "some important bigger shows" to the Jamestown Arts Center during her tenure.

"She has done an amazing job at the arts center," said Barber. "And her reach is broad."