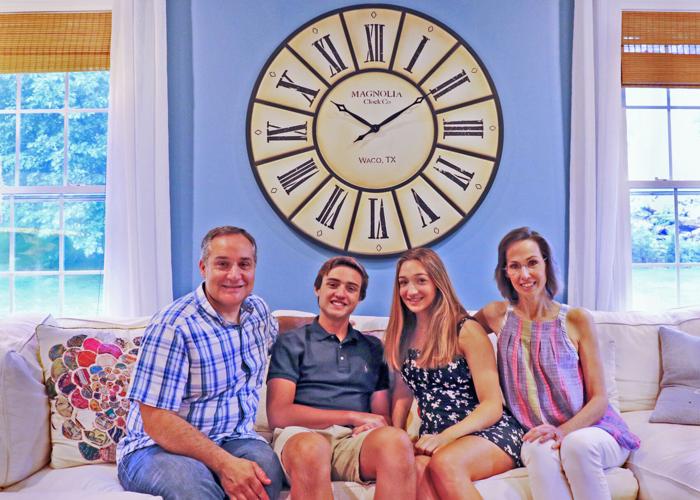 Dom and Jennifer Leal with their children Ben and Isabell photographed in the family room of their Westerly home on Monday, June 14, 2021. Harold Hanka, The Westerly Sun 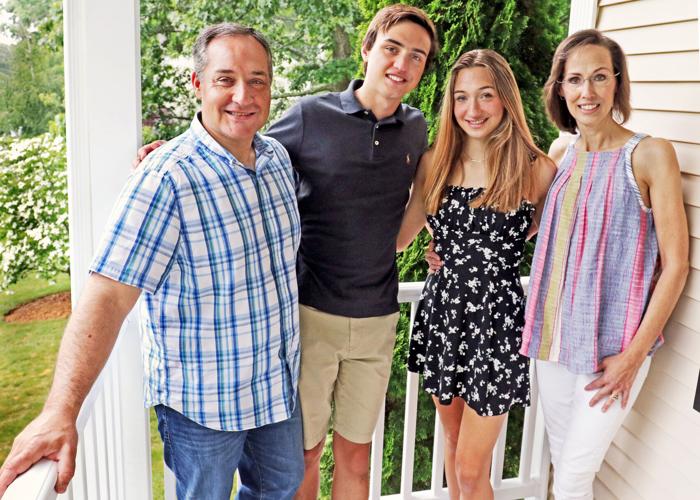 Dom and Jennifer Leal with their children Ben and Isabell photographed on the front porch of their Westerly home on Monday, June 14, 2021. Harold Hanka, The Westerly Sun

Dom and Jennifer Leal with their children Ben and Isabell photographed in the family room of their Westerly home on Monday, June 14, 2021. Harold Hanka, The Westerly Sun

Dom and Jennifer Leal with their children Ben and Isabell photographed on the front porch of their Westerly home on Monday, June 14, 2021. Harold Hanka, The Westerly Sun

WESTERLY — Jennifer Leal of Westerly believes that anyone — and everyone — can be a hero. Just by donating blood.

"One person can change the world," said Leal, a married mother of two teenagers, a blogger, a self-described "defeater of leukemia," and a self-appointed health care advocate.

Leal, who realized the extraordinary need for both blood — and bone marrow donors — after being diagnosed with acute myeloid leukemia in 2018, said helping save lives by donating blood is something almost anyone can do.

"Rhode Island is critically low right now," she said as she discussed her clean bill of health and the severe blood shortage recently announced by the American Red Cross. "There is a constant demand for blood."

"I have been here for eighteen years and I have never seen a shortage like this," said Nicole Pineault, the director of donor resources and the marrow donor program in at the Rhode Island Blood Center in Providence.

Pineault said the center usually tries to keep a seven-day supply of blood on hand, but supplies have slipped to just three days for all blood types, and just one day for type O bloods, which include the most common: O-positive, and O-negative, the universal donor type.

Leal said she has become even more of a cheerleader for regional blood centers and blood drives since she received a surprise statement from her doctor at Yale-New Haven's Smilow Cancer Hospital last week.

"He told me to go live my life," said Leal, who celebrated her two-year post-stem-cell transplant anniversary in February. "I was kind of numb at first — then I was ecstatic."

As part of her appreciation, she said, she wants to continue to raise awareness of the ever-present need for blood and of the crucial need for blood-marrow donors, especially now, with the blood supply so low.

This Wednesday, she said, there is a blood drive at St. Pius X Church Parish Hall from 2 to 8 p.m.. Another one is scheduled at Grey Sail Brewery on June 30 from noon to 8 p.m. and a third one is upcoming at Mel's Downtown Creamery.

Pineault said Rhode Island's blood supply is not sufficient to meet local hospital needs. The long-term impact of the pandemic, she said, has resulted in a year of significantly fewer youth first-time donors and 70 percent fewer blood drives.

Complicating matters, she said, is the recent surge in blood usage as the number of surgeries, delayed during the pandemic, are on the increase.

"The increased need and lag in donors has created a chronic gap in blood donations," she said.

"As the Northeast reopens, blood usage at hospitals continues to increase and is far outpacing our collections,” said Beau Tompkins, senior executive director of the blood center. "We are asking the public to please donate blood and help save a life, donating is easy and can have a huge impact."

Donating blood is safe and it only takes about one hour, said Pineault, noting that extra precautions are being taken to help prevent the person-to-person spread of COVID-19.

Leal said information about becoming a bone-marrow donor will also be available at the blood-drive locations.

"I just want to increase awareness," she said, describing the process — a simple cheek swab. "You can sign up to be a hero."

When people of color volunteer to donate blood or bone marrow, Leal said, it helps equalize racial disparities as registries often lack ethnic and racial diversity, making it harder for patients of color to get the life-saving treatments they need.

"The goal is to help keep people alive," she said.

Along with a friend whose mother is a cancer survivor, Isabel created an Etsy business called "Be The Match Butterfly" with her friend, Karyna Fowler. The girls are donating all proceeds to the "Be the Match" registry.

Leal writes about the process of becoming a stem-cell match on her blog, Savor the Thyme, at savoringthethyme.com.

Donors can schedule appointments by calling 401-453-8383 or visiting www.ribc.org.