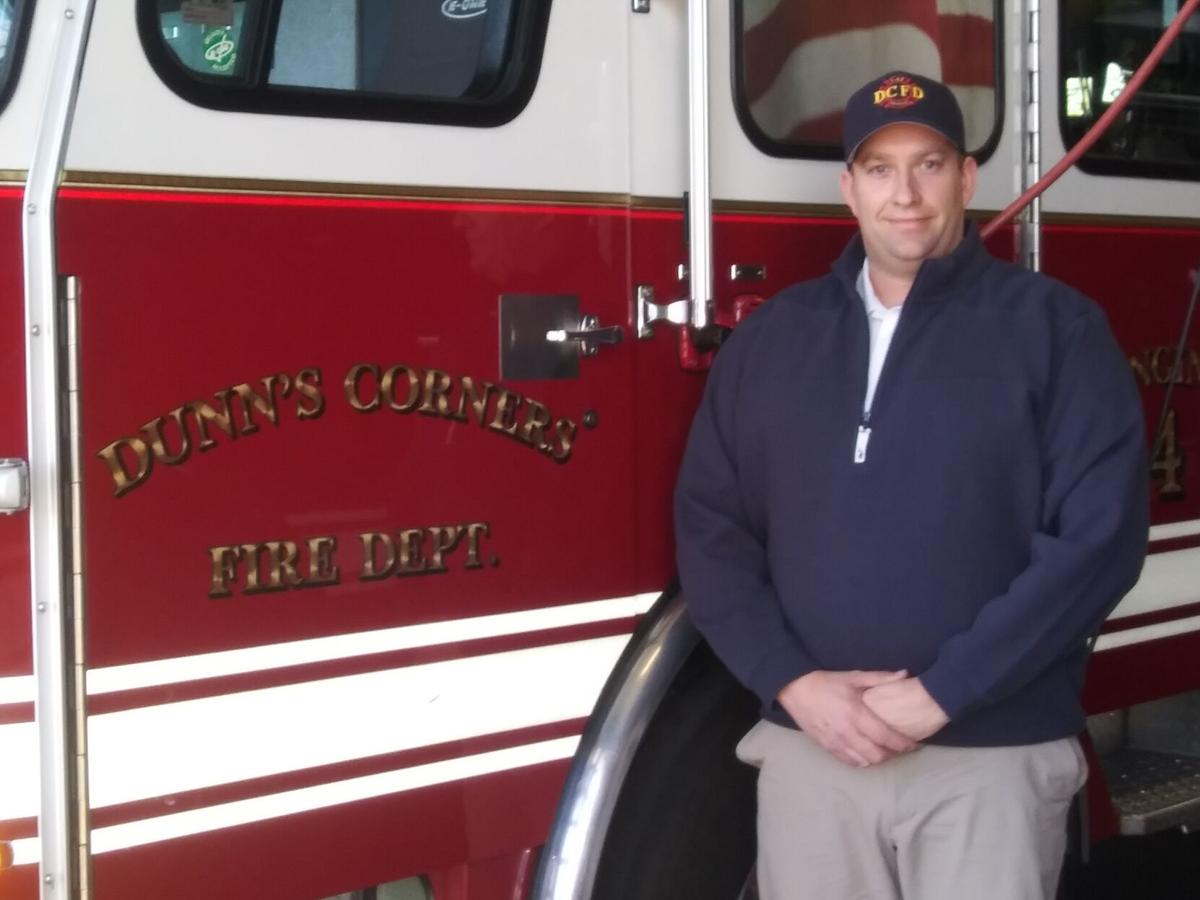 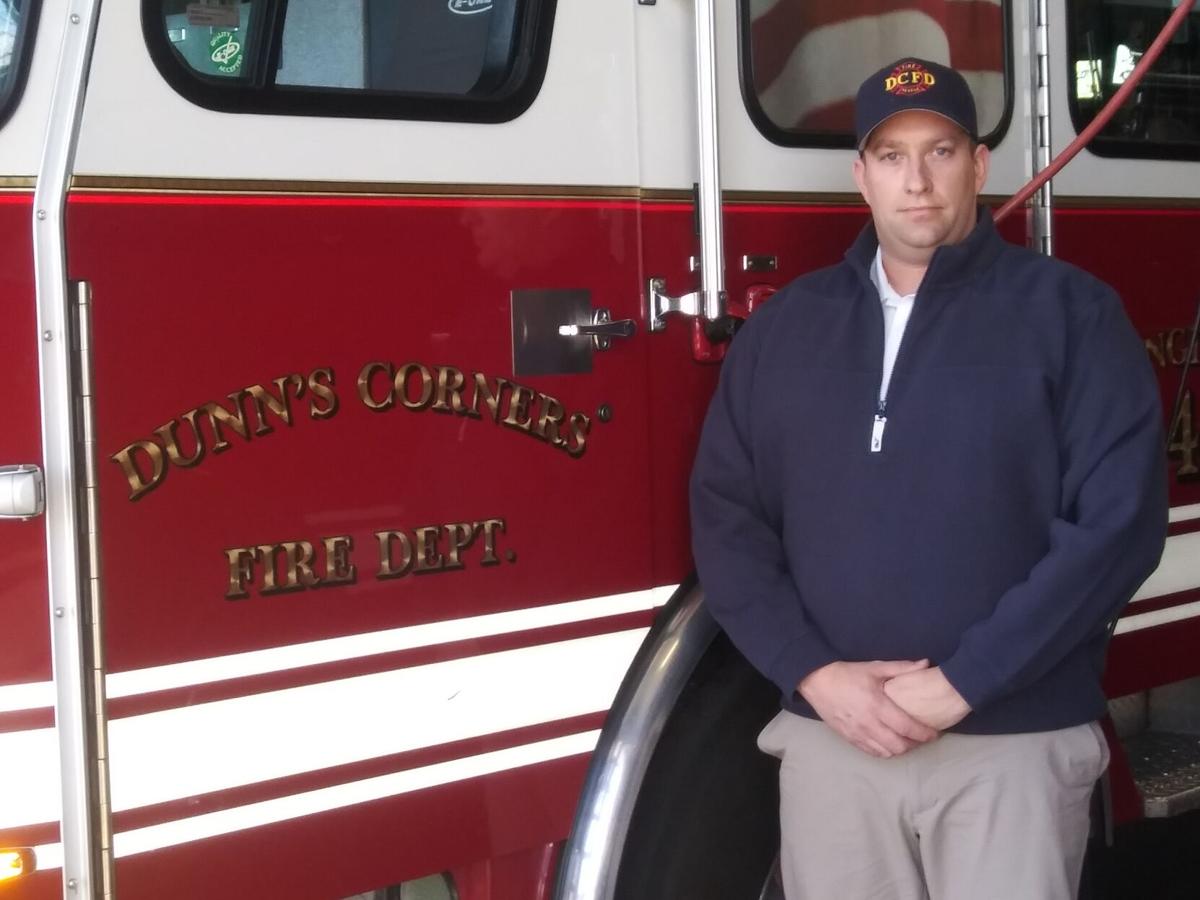 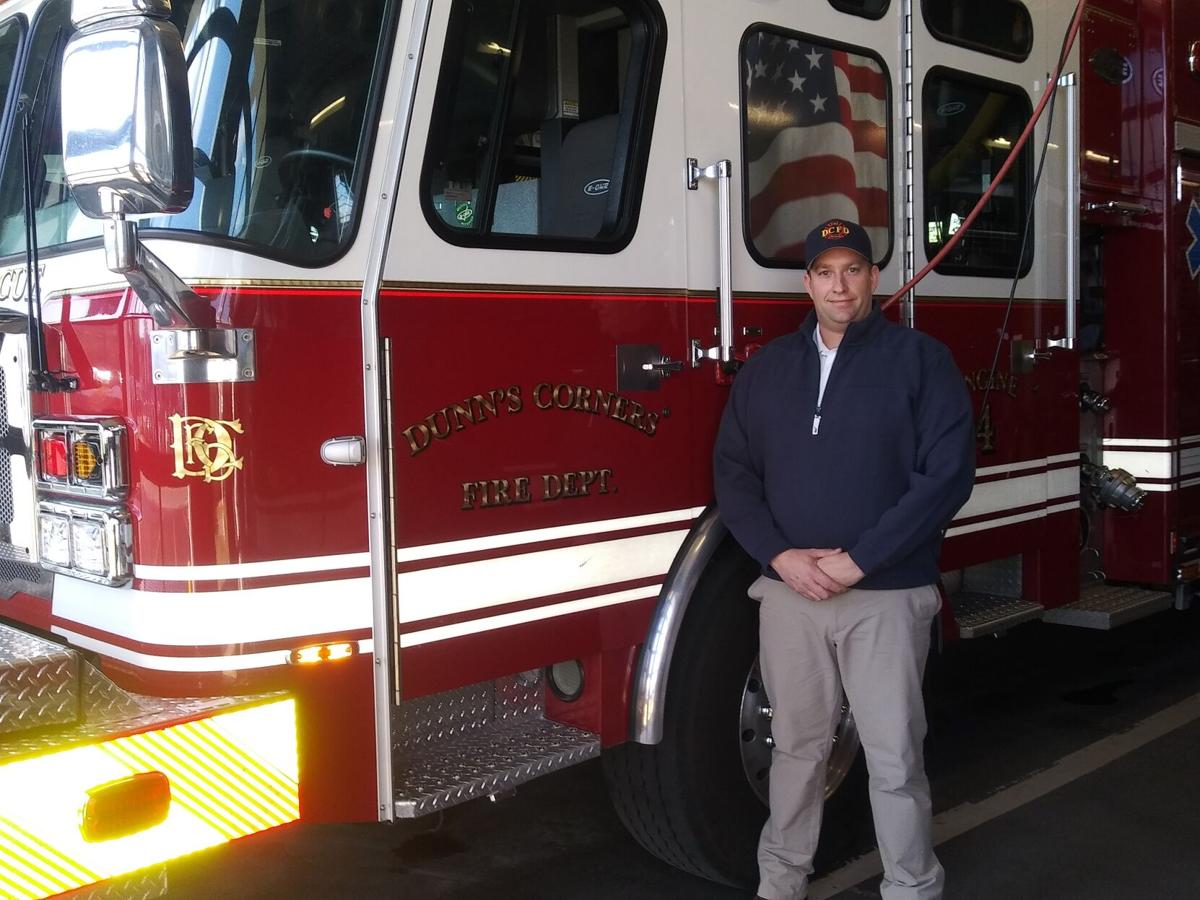 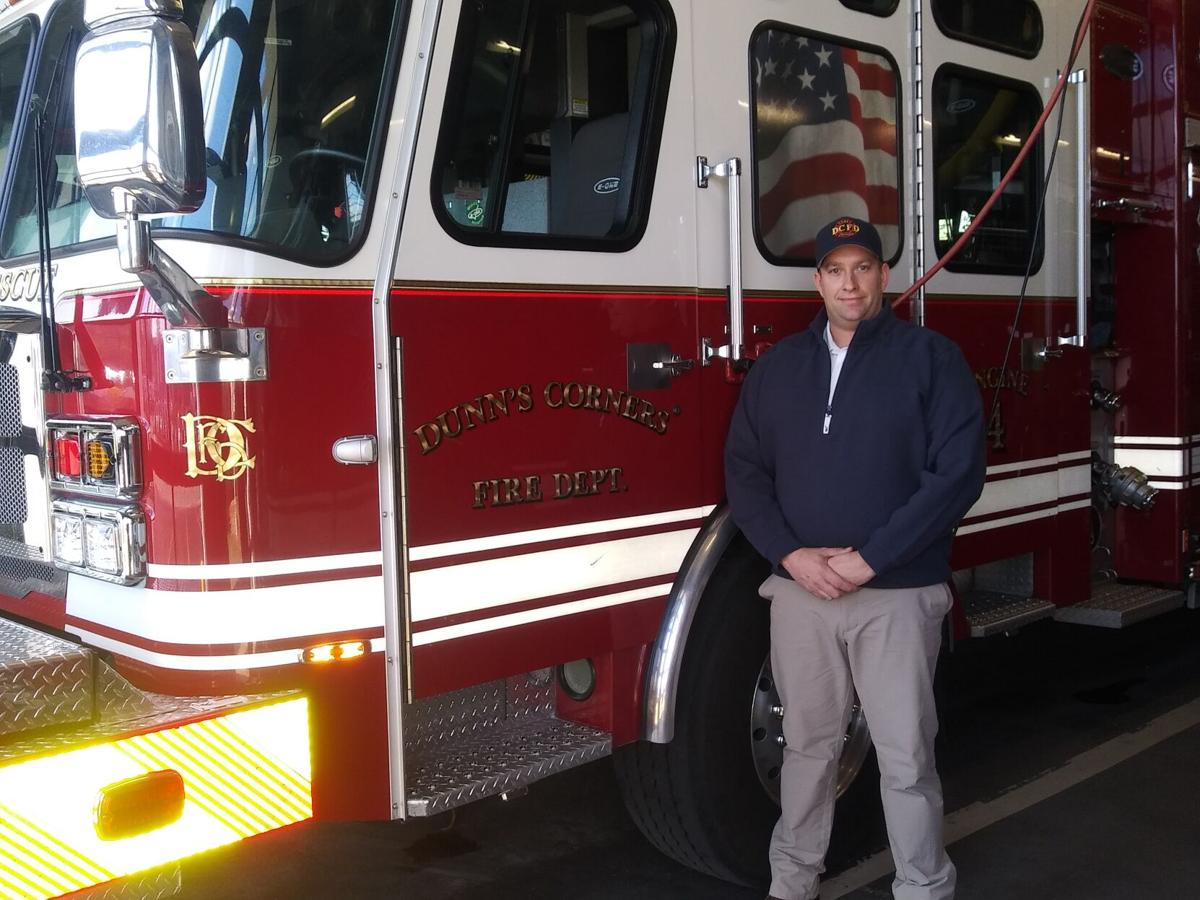 WESTERLY — From the day he was born, it appeared Keith Kenyon was destined to become a fire chief. Now he will have that opportunity in the place where it all began, the Dunn’s Corners Fire Department.

Kenyon, 40, was recently named as the next chief of the department, transitioning from his responsibilities as acting chief into the full-time role. With the appointment, Kenyon will assume a leadership role for the same agency that he grew up around as the son of the late Deputy Chief Karl Kenyon, a local legend in the Dunn’s Corners community who served the department until his death in 2010.

Having already served in every other leadership role within the volunteer department from lieutenant and first deputy chief, Kenyon will now take the reins for what members of the operating committee hope will be years to come.

“For the district, while we were fortunate to have a number of great candidates, but Keith really stood out,” said John Merkel, district moderator. “He has been a member of this department for many years and he has served in every capacity on our leadership team. He knows the job, he knows the community and we are looking forward to seeing what he will accomplish.”

After serving as the department’s acting chief for most of 2020 — it was the third time that Kenyon has stepped into that role — he said this week that after accepting the job earlier this month, the focus has turned toward the new job with several goals in mind. He said he wants to work toward developing and maintaining a family-like atmosphere among members, to improve services for the community, and would like to develop a long-term purchasing plan that will both provide volunteers with the equipment they need while maintaining a balanced budget that will prevent taxpayers from shouldering unreasonable costs.

And those are simply his goals over the next few months.

The ambitious agenda comes as no surprise to those who knew Kenyon, a 26-year member of the department who joined at the earliest opportunity as a junior member in 1994 when he was just 14 years old.

“It was something I had always wanted to do, ever since the days growing up seeing everyone helping at an emergency scene and thinking to myself, ‘I want to do more,’” Kenyon said.

Sitting in the community room on Tuesday, Kenyon recalled going with his father to emergency calls and fire scenes, where then Fire Chief Richard “Cappy” Champlin’s wife would gather the children for ice cream. They would return to the scene when the fire was out, or would later be dropped off at the station.

As he got older, Kenyon said he remembers other times just sitting in the car wishing he could do more. In 1998 as a senior at Chariho High School, just shortly before graduating, Kenyon said he responded to a crash involving a well-known middle school teacher in the community.

While driving to school, he said he came upon a head-on collision in Bradford that would prove a defining moment in his career. He immediately sprang into action, using the skills he’d picked up over the years spent at the department, and proceeded to provide aid until medics arrived. Even in that moment, however, he wanted to do more to help.

“It was then I knew for sure what it was I wanted to be, and a few months later I got my EMT certification,” he said.

In addition to the leadership skills he learned while serving the department, Kenyon has also served nine years meritoriously in the U.S. Army, having been deployed to Iraq in 2005 as a combat support engineer. He was awarded the Purple Heart and a Commendation Medal with V-device for Valor in Combat.

Kenyon, who praised the support of his wife, Andi, and their children Brody, 12, and Karlin, 10, said he has also had plenty of inspiration from his own family, as well as his wife’s family. Her father, Andrew “Buzzy” Haggerty, was a first deputy chief and others on her side also share roots within the district.

“They have been supportive, if not rightfully annoyed at times, of my service,” Kenyon said. “I wouldn’t be able to do this without them.”

For the district, Merkel said he hopes the new chief will bring some long-term stability to a position that has been largely served by someone in an acting capacity over the past half decade. He said the District Operating Committee took it’s time in coming to their selection and believe Kenyon has the right tools and make-up to lead the department for years to come, providing the agency with a stability it has not had.

Merkel said Kenyon was selected after an extensive process and that although he seemed to be the obvious choice, he was one of 15 well-qualified candidates to apply including prospective recruits from Connecticut, Florida, Indiana, Ohio, and Missouri.

“These candidates came well-prepared to serve competently as our chief, so we knew right away that our problem would not be to find one decent chief, but to determine which excellent candidate would be the best for our district and department,” Merkel said. “We are grateful to the candidates who expressed interest in our position and put their faith in the selection committee to chose wisely.”

Merkel also thanked the department for their understanding and said he hopes that the new hire will provide a sense of stability for volunteers in the coming years.

“We think this was the right hire at the right time for our department, our community and the region as a whole,” he said.