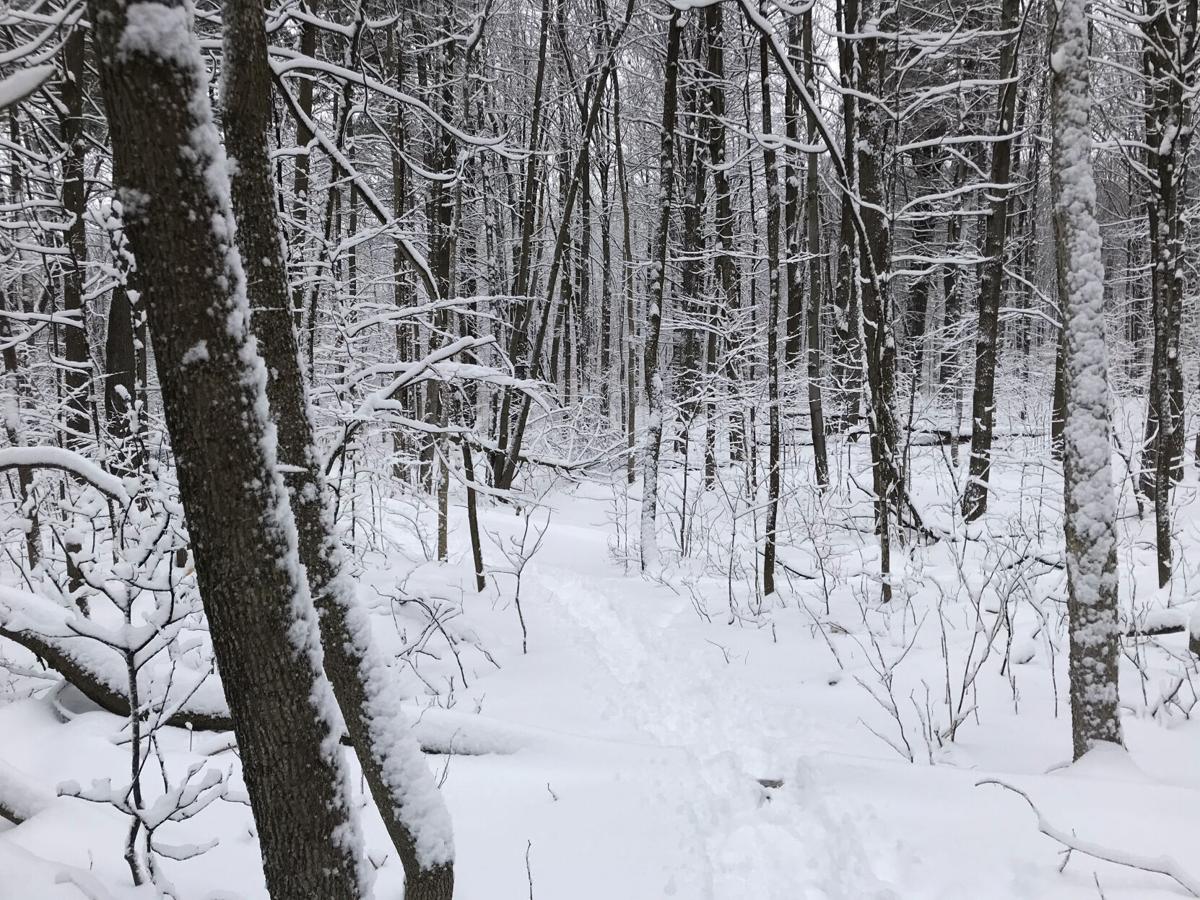 “Valuing our Forests,” a virtual talk presented on Feb. 5 by Scott Millar of Grow Smart Rhode Island, looks at the importance of healthy forests, the ecosystem services they provide, and the threat posed by inappropriate solar project siting. Cynthia Drummond, The Westerly Sun 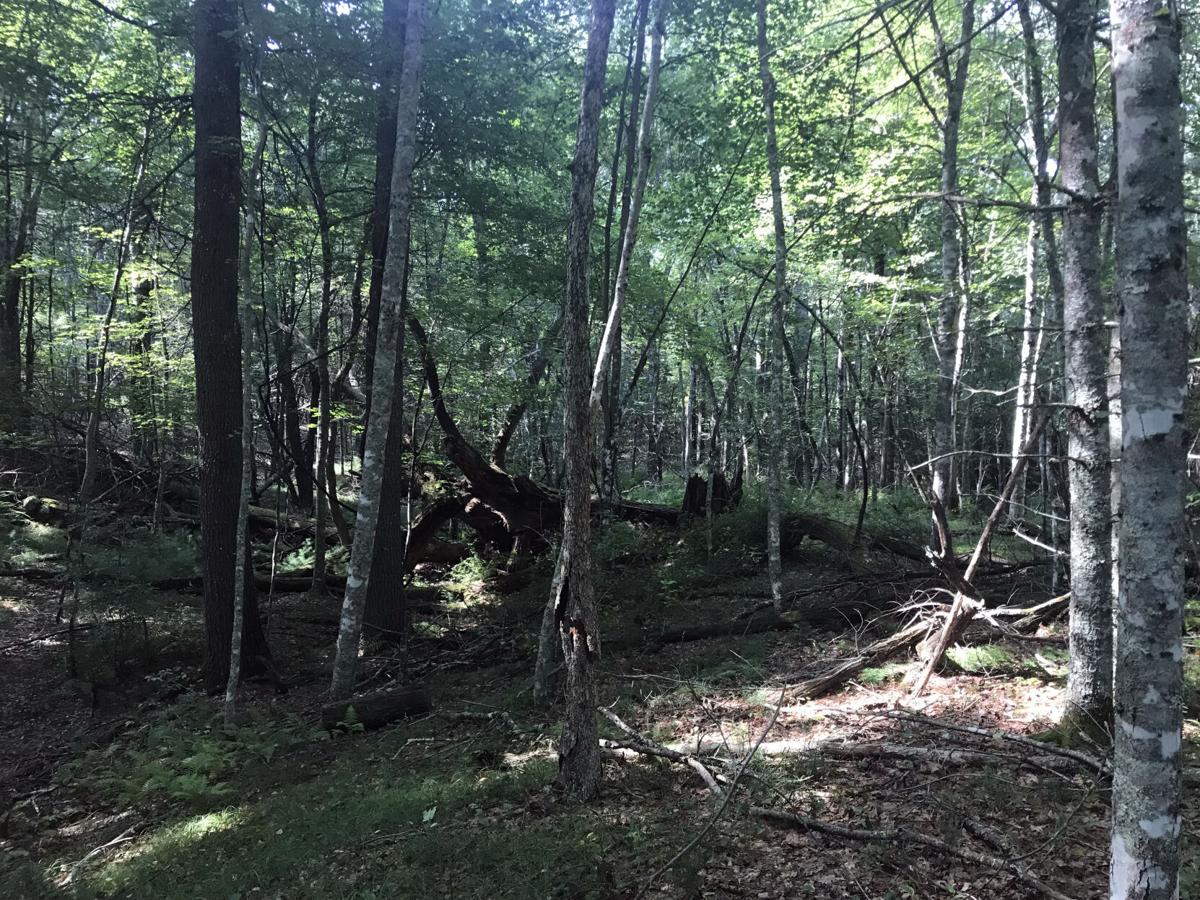 “Valuing our Forests,” a virtual talk presented on Feb. 5 by Scott Millar of Grow Smart Rhode Island, focuses on the issue of solar energy project siting and the importance of protecting the state’s remaining “core” or unfragmented forest land. Cynthia Drummond, The Westerly Sun

“Valuing our Forests,” a virtual talk presented on Feb. 5 by Scott Millar of Grow Smart Rhode Island, looks at the importance of healthy forests, the ecosystem services they provide, and the threat posed by inappropriate solar project siting. Cynthia Drummond, The Westerly Sun

“Valuing our Forests,” a virtual talk presented on Feb. 5 by Scott Millar of Grow Smart Rhode Island, focuses on the issue of solar energy project siting and the importance of protecting the state’s remaining “core” or unfragmented forest land. Cynthia Drummond, The Westerly Sun

In recent years, the clear-cutting of forests to make way for commercial solar energy projects has been viewed as a necessary sacrifice in the state’s transition to renewable energy, part of the fight against climate change.

However, intact forests play a vital role in mitigating the effects of climate change, and as communities realize what they have lost when woodlands are removed, forests are increasingly being recognized for the environmental services they provide.

In “Valuing our Forests,” a free virtual talk presented on Feb. 5, Scott Millar of Grow Smart Rhode Island described the three components of the effort to mitigate the effects of climate change, all of which, he said, must occur simultaneously. Forested land is one of the components, because it absorbs greenhouse gases and carbon.

“The first is cutting carbon emissions and that’s what renewable energy is very good at,” he said. “We have to conserve energy, because we’re, in some cases, just using way too much. And then the third issue is, we have to begin to absorb the excessive amounts of carbon and greenhouse gases that are already the atmosphere …. It’s going to take a long time to get that carbon out of the atmosphere and the only economical and practical way of doing that is forest and other natural lands. There’s no renewable energy technology that can absorb and store carbon that’s already in the atmosphere.”

An important initiative to help conserve forests, Millar said, is the Forest Conservation Act. Currently awaiting a sponsor, the proposed state legislation would acknowledge the role forests play in mitigating climate change and establish a Forest Conservation Commission that would work with the Rhode Island Department of Environmental Management to introduce effective forest conservation measures, one of which is purchasing and preserving forested land.

“Find a sustainable source of state money so the state can begin to acquire development rights to its most important forests,” Millar said. “Right now, Rhode Island is really lagging in that regard.”

Kenneth Payne, former chairperson of the Rhode Island Distributed Generation Board, wrote the statutes pertaining to renewable energy development from 2004 to 2014. During the public comment part of Millar’s talk, Payne explained that the large-scale destruction of the state’s forests was an unintended consequence of the state legislature’s renewable energy policy, which did not foresee towns amending zoning ordinances to accommodate solar projects.

“It was never the intent of the legislature that forests would be targeted for renewable energy development — never,” he said. “That was an outcome that was achieved by developers looking for the cheapest place to do business. And what they essentially overcame was the notion that you could [ban] a commercial use in a residential zone. We thought at the time, and this was in 2006, 2007, that residential zoning and the prohibition of commercial uses in a residential zone would be a strong drive against this outcome.”

Payne noted that competitive bidding for solar projects further encouraged developers to choose the cheapest parcels of land, most of which were forests.

“It incentivized developers to choose the cheapest place available in terms of installation, which happens to be woodlands,” he said. “That was a mistake and nobody foresaw it, but it’s the reality.”

The forest talk was the first in a series organized by a newly formed group, the Southwestern Rhode Island Progressive Alliance, or S-RIPA. Founder Clifford “Chip” Heil, an environmental scientist who ran unsuccessfully for a seat on the Hopkinton Town Council last November, said alliance members are residents of several rural towns, including Richmond, Hopkinton, Charlestown, Exeter and West Greenwich.

“A lot of the things that we care about at the local level, especially in these rural communities, really don’t have anything to do with your political beliefs,” he said. “Whether we really think about it on a day-to-day basis or not, we do care about our natural resources because they play such an important role in our day-to-day lives. Our groundwater, our aquifers are supported by our forests and many of us have our drinking water from our wells, so our groundwater is our critical infrastructure around here.”

Heil noted that despite the liberal leanings of the group, the issues were common to residents of rural communities and transcended political affiliations.

Democrat and S-RIPA member Megan Cotter, who was unsuccessful in her attempt in the last election to unseat incumbent Rep. Justin Price, R- District 39, ran on a platform that included the protection of forests. Cotter suggested that many state legislators might not be aware of the concerns of rural Rhode Islanders.

“If you look at the voices of the State House, how many of them are from rural communities?” she said. “I think we need to sound alarms for our rural communities. We need louder voices. We need to really sound the whistle about what’s happening in the rural communities, I think. … The Forest Conservation Act, that is amazing. That is something that needs to happen, and whatever we can do to support Scott [Millar] we’re going to do as an organization.”

Connecticut readies for ‘avalanche’ of vaccination appointments as eligibility expands