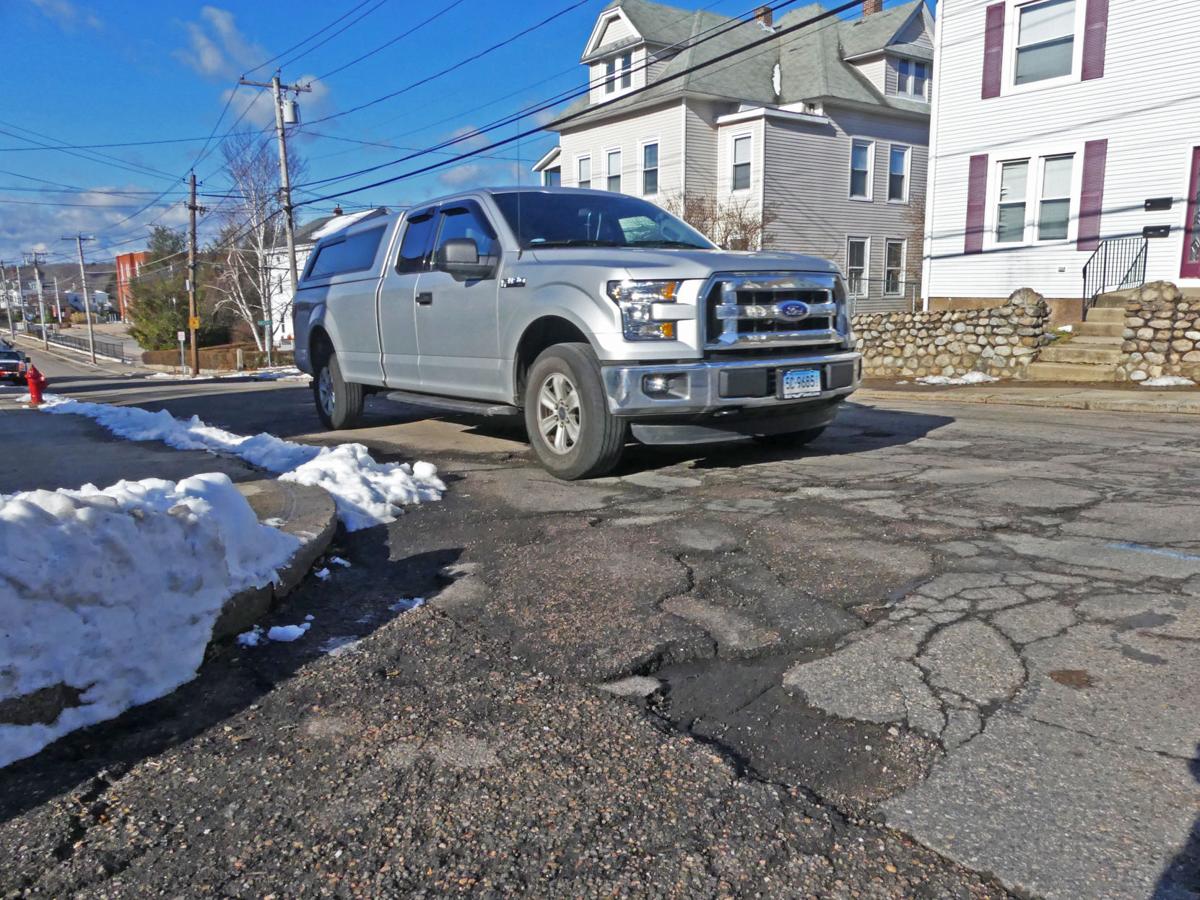 The Town of Westerly is planning a big reconstruction project next spring to address the poor conditions on School Street.  December 2019. Harold Hanka, The Westerly Sun 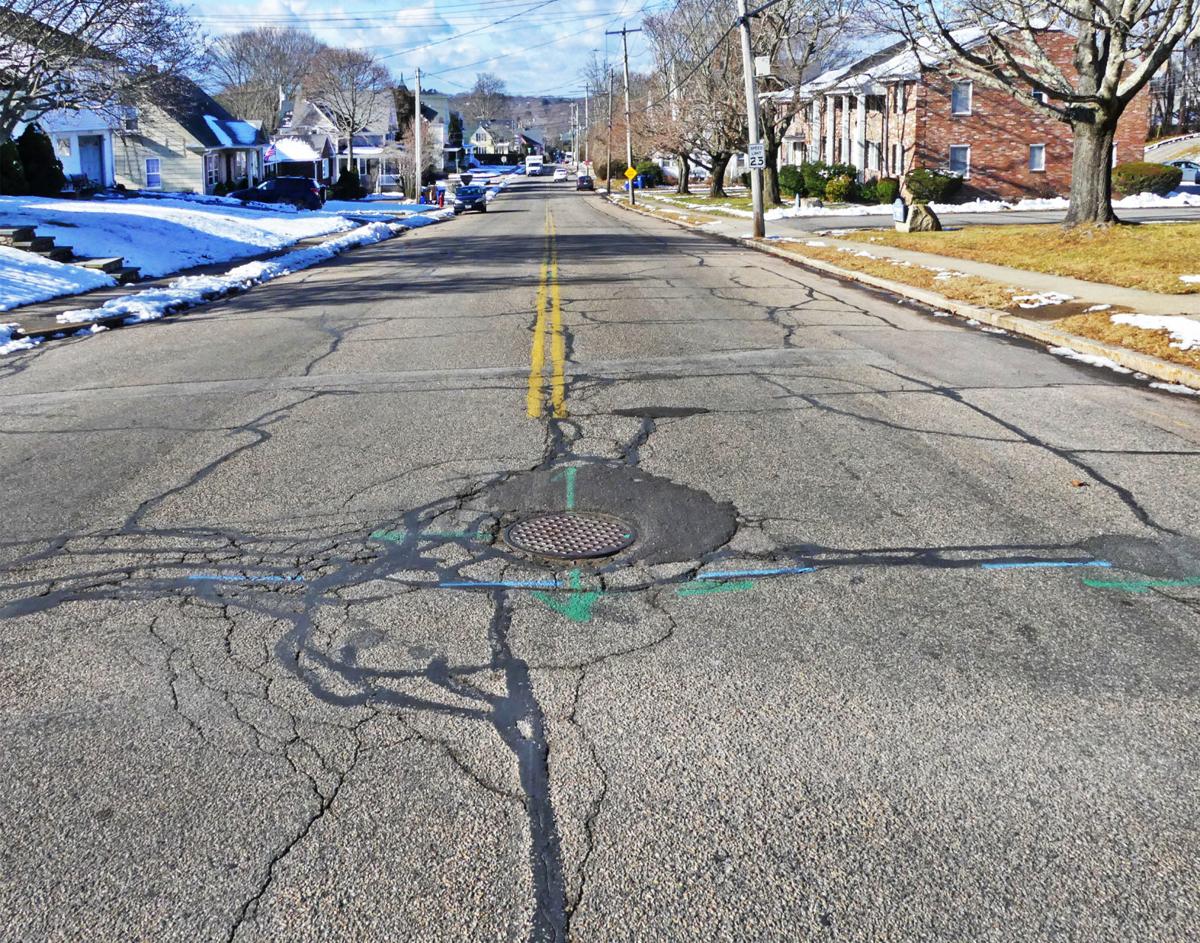 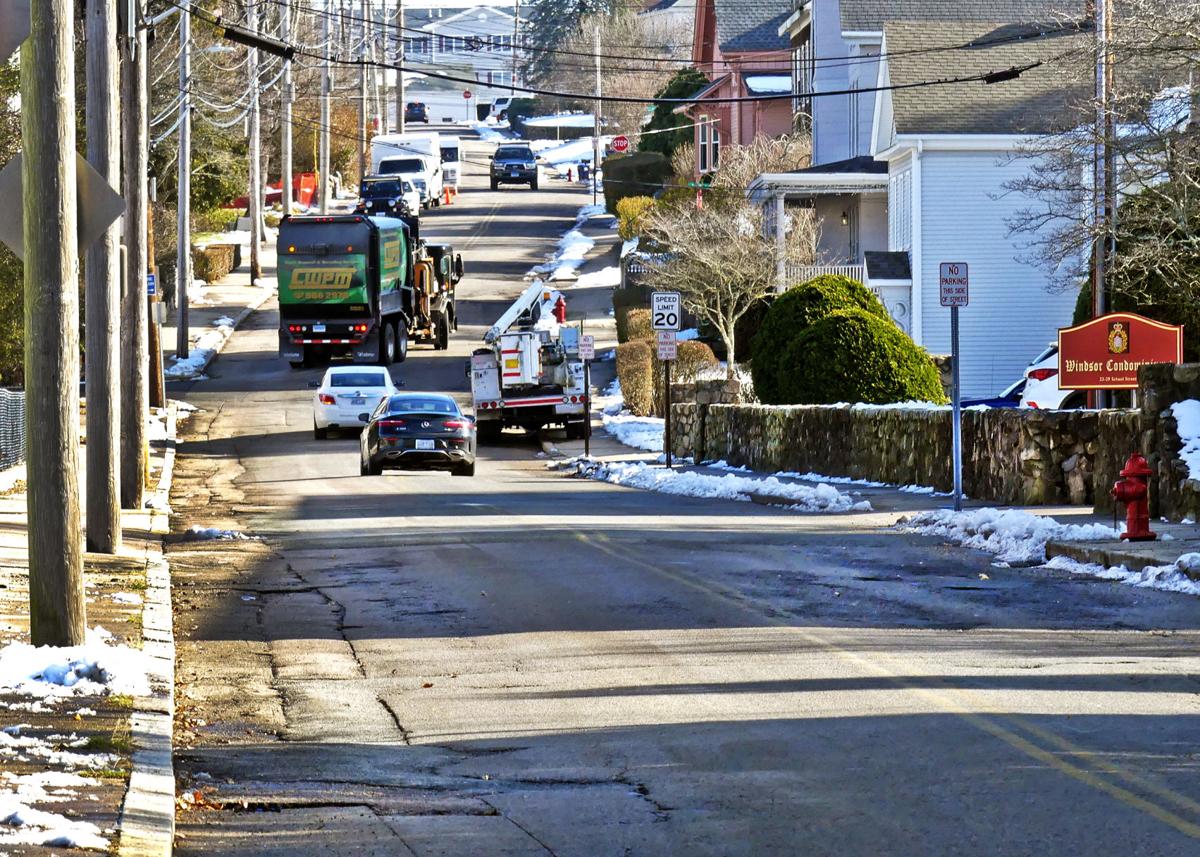 The Town of Westerly is planning a big reconstruction project next spring to address the poor conditions on School Street.  December 2019. Harold Hanka, The Westerly Sun

WESTERLY — Careful drivers know to take School Street slowly or risk tire or front-end damage from hitting potholes or crumbling sections of pavement. But town officials say the obstacle course conditions will disappear when the road is reconstructed next year.

Town Engineer Kyle Zalaski and representatives of the project's consulting engineer, Pare Corporation, a civil engineering firm with offices in Lincoln, provided an overview of the project during a meeting at Town Hall Wednesday. Currently estimated at $3 million, the project will replace the entire roadway and its subsurface between Main Street and Granite Street.

"The goal, overall, is to make sure that once we reconstruct the street we don't have to come back and reconstruct anything for at least 20 years," said Amy Archer, a project engineer with Pare Corporation.

In addition to a regraded road surface, the project will include installation of new, wider code-compliant sidewalks with ramps. The grass strip between the road and the sidewalks will likely be removed to allow for the wider sidewalks, Archer said. Historic granite posts that served as horse hitches along the road will be left untouched. Stone walls along sections of the street will also be left.

"For the most part it will look it does today but new," Archer said.

Archer said that camera inspections of the storm drainage system revealed that most of the pipes were in good condition, and will remain, but damaged pipes will be replaced. Drainage system components such as grates and covers were found to be broken, antiquated, and sinking.

"The old ones are prone to clogging," Zalaski said.

A crosswalk in front of the old St. Pius X School in the middle of the block between Elm and Chestnut streets will be removed for safety reasons, Zalaski said, explaining that "mid-block crosswalks" have been deemed unsafe.

Residents who attended the meeting asked if speed bumps or other measures could be taken to reduce the speed of vehicles, particularly near Chestnut Street, where the Westerly Ambulance Corps is headquartered. Zalaski said officials would "explore some options that would create a safer condition in the area."

Zalaski also agreed to speak with the Water Department about letting School Street homeowners know that they might want to replace lead service lines. The service lines have to be replaced at the homeowners' cost.

Pare Corporation has completed about 30 percent of the design for the project and plans to have 60 percent finished next month. Plans call for the project to go out to bid in the spring and construction to follow once a bid is awarded. The project will likely take six to eight months to complete once construction begins, Archer said.