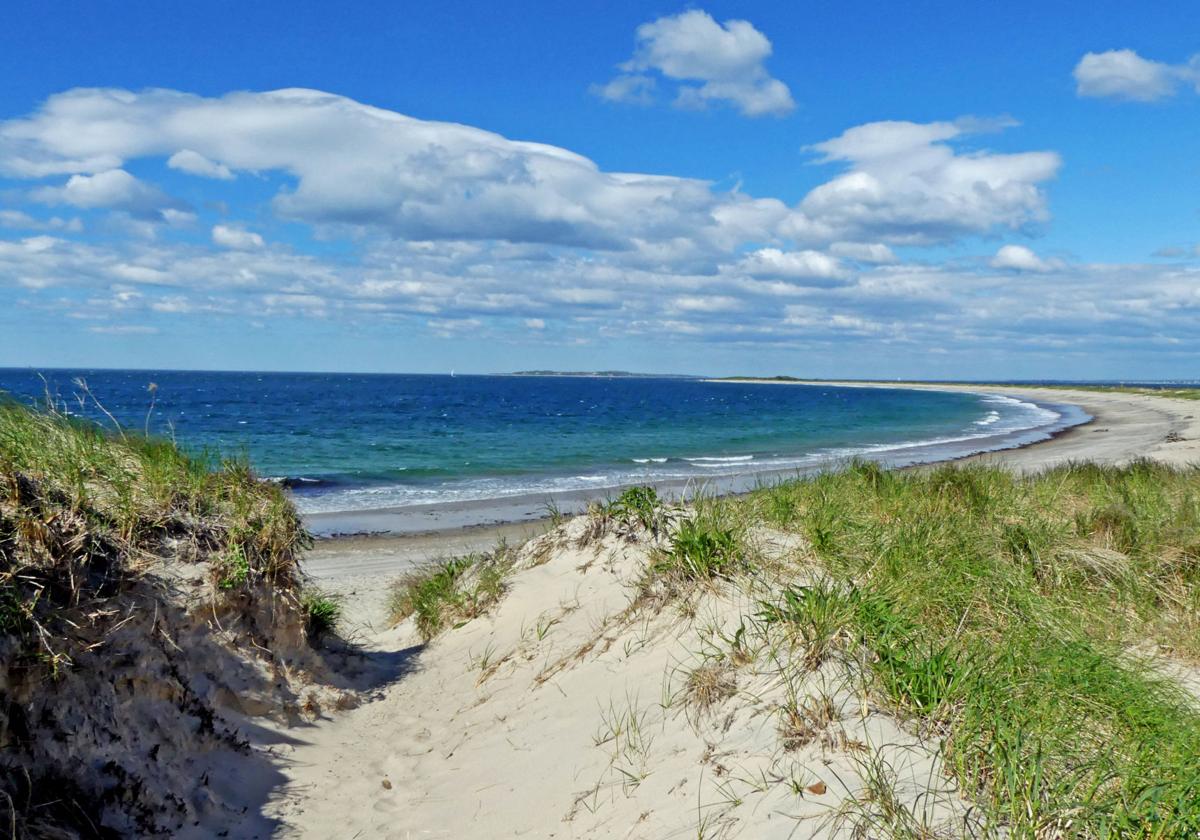 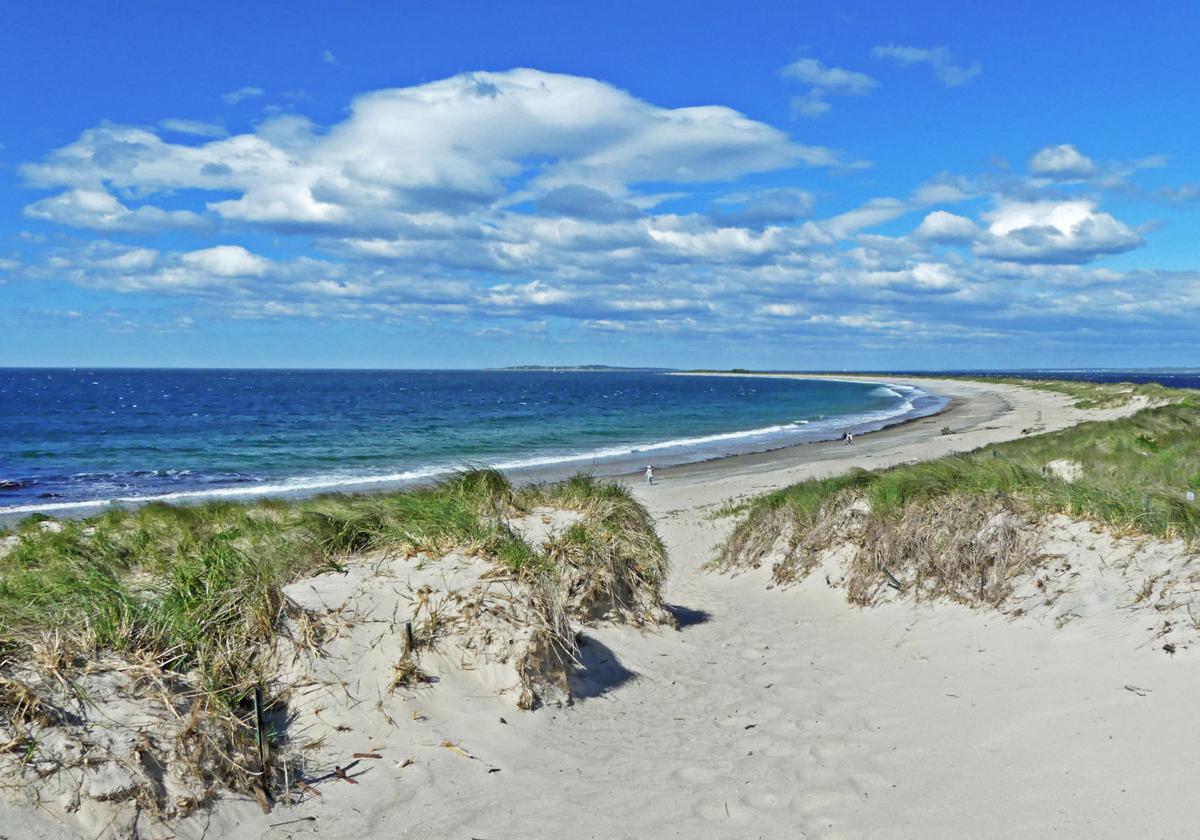 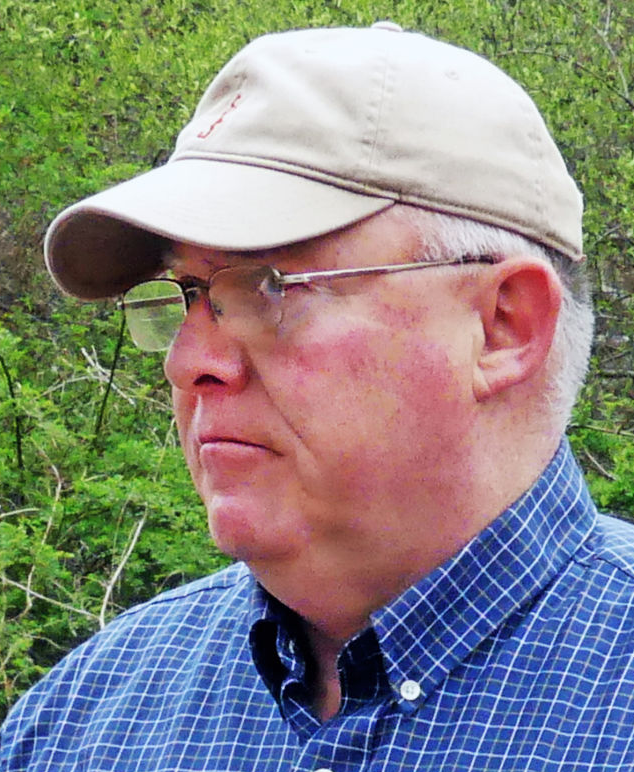 WESTERLY — Joseph MacAndrew, who wants to establish a seaweed farm off Napatree Point, says the venture would serve as an example of a low impact, sustainable commercial use of the town's coastal resources.

He is facing a considerable amount of opposition, however, from commercial, academic, and Watch Hill interests, who assert that the proposed sugar kelp growing operation would disrupt bird populations, impede recreational and commercial fishing, and pose other environmental risks.

MacAndrew, a resident of Westerly and chairman of the Conservation Commission, is seeking a permit from the state Coastal Resources Management Council to set up and run a 10-acre sugar kelp farm about 900 feet south of the Napatree Point beach. Farming would occur between Nov. 1 and April 30. All of the facility's equipment except for small buoys marking the four corners of the farming area would be removed at the end of each farming season.

"There doesn't seem to me to be a downside to it. If done efficiently it enhances the environment," MacAndrew said during an interview last week.

Several concerns were raised during a CRMC preliminary determination meeting conducted in February, but a summary of the council's staff responses questioned the basis for many of those concerns. Questions had been raised about the farm's potential effect on sea ducks and birds, recreational fishing, scenic impact, wind and kite surfing, navigation, and biosecurity.

Some of the concerns were raised by the Napatree Science Advisors for The Watch Hill Conservancy.

In comments to The Sun, Peter V. August, professor of natural resources science at the University of Rhode Island, said, "The Watch Hill Conservancy has many serious concerns about the kelp farm proposal off the Napatree Point Conservation Area. The conservancy, and many other local organizations, objected to siting a kelp farm off one of southern New England's most pristine natural barrier spits. We expressed our concerns in writing and in oral testimony at the preliminary determination meeting."

August is chairman of Napatree Science Advisors for The Watch Hill Conservancy. "It is very important to note that the conservancy does not have issues with kelp farming in general. We do have issues with a kelp farm 900 feet off the shoreline of a pristine conservation area and a globally important bird area that is enjoyed by tens of thousands of visitors and fishers each year, all year-round," he said.

A summary of CRMC's findings written by David Beutel, the council's aquaculture coordinator, stated that the farm's effects on sea ducks beyond the 10 acre farm location "would be minimal and infrequent" and that the scenic impact concern was a "minimal issue" because the farm, depending on the type of markers it used, would be "challenging to see." Concerns that the farm would negatively affect public use of Napatree Point and the barrier beach were "conjecture and doubtful," according to Beutel's written summary.

Beutel also noted that the U.S. Coast Guard has determined that the farm's location would have a minimal effect on navigation. CRMC did, however, express a concern that MacAndrew's proposed anchor system would be insufficient to maintain kelp lines in the proper configuration.

Regarding biosecurity concerns about the source of kelp spores, Beutel said that CRMC would require biosecurity protocols and that its biosecurity board would approve the spores before they were delivered to the site.

Beutel also noted that Lisa Pellegrini, director of the town's Development Services Department, and Rui Almeida, former town planner, co-signed a letter in support of the project, saying it was consistent with goals in the municipal Comprehensive Plan.

Kelp farming is a growing industry in Rhode Island, Connecticut, and in the rest of New England and other  parts of the United States. High in nutrients, kelp is grown for human consumption or as cattle feed and is also used in toothpaste, pharmaceuticals, and other products. It also absorbs carbon dioxide and reduces oceanic acidity.

MacAndrew, who has worked as a biologist for pharmaceutical companies for much of his professional life, said the farm would take three to five years to get up to full functionality and sustainability. He was accepted last summer into a two-year farmer in training apprenticeship program offered by GreenWave, a New Haven-based nonprofit organization that is working to develop sustainable aquaculture. GreenWave provides free training and technical assistance and guarantees a market for program participants' crops.

Bren Smith, executive director of GreenWave, is also the owner of Thimble Island Oyster Farm, and is chief mission officer of Sea Green Farms, a seaweed processing company. GreenWave is supporting a kelp farm in Groton and three in Stonington.

Each row of kelp would grow underwater on 435-foot longlines running south to north. Each line would be anchored and marked with a buoy. The corners of the farm would be marked with small buoys with solar lights or reflectors.

In addition to volunteering his time on the Conservation Commission, MacAndrew, who has held a commercial fisherman's license for several years, serves on the Wood Pawcatuck Watershed Association's board of trustees. He said he views the kelp farm as an environmentally sound use of the town's natural resources. "I don't expect to make any money at it," he said.

He said he had studied establishment of a fish farm in Westerly but determined that there were too many potential environmental problems.

"There's nobody in town who's more environmentally conscious than me," MacAndrew said.

In keeping with its regulations, CRMC announced on May 17 that interested persons can submit a request for a hearing on MacAndrew's proposal until June 17. Anyone wishing to protest the proposal would be required to attend the hearing and give sworn testimony.

August said, "The conservancy received a copy of the kelp farm application on May 17 and is carefully reading the full proposal now to see if the applicant has addressed any of the concerns we raised at the preliminary determination meeting."