You are the owner of this article.
Edit Article Add New Article
Welcome, Guest
Home
News
Sports
Obits
Opinion
Photos
Classifieds
Things to Do
More
1 of 4 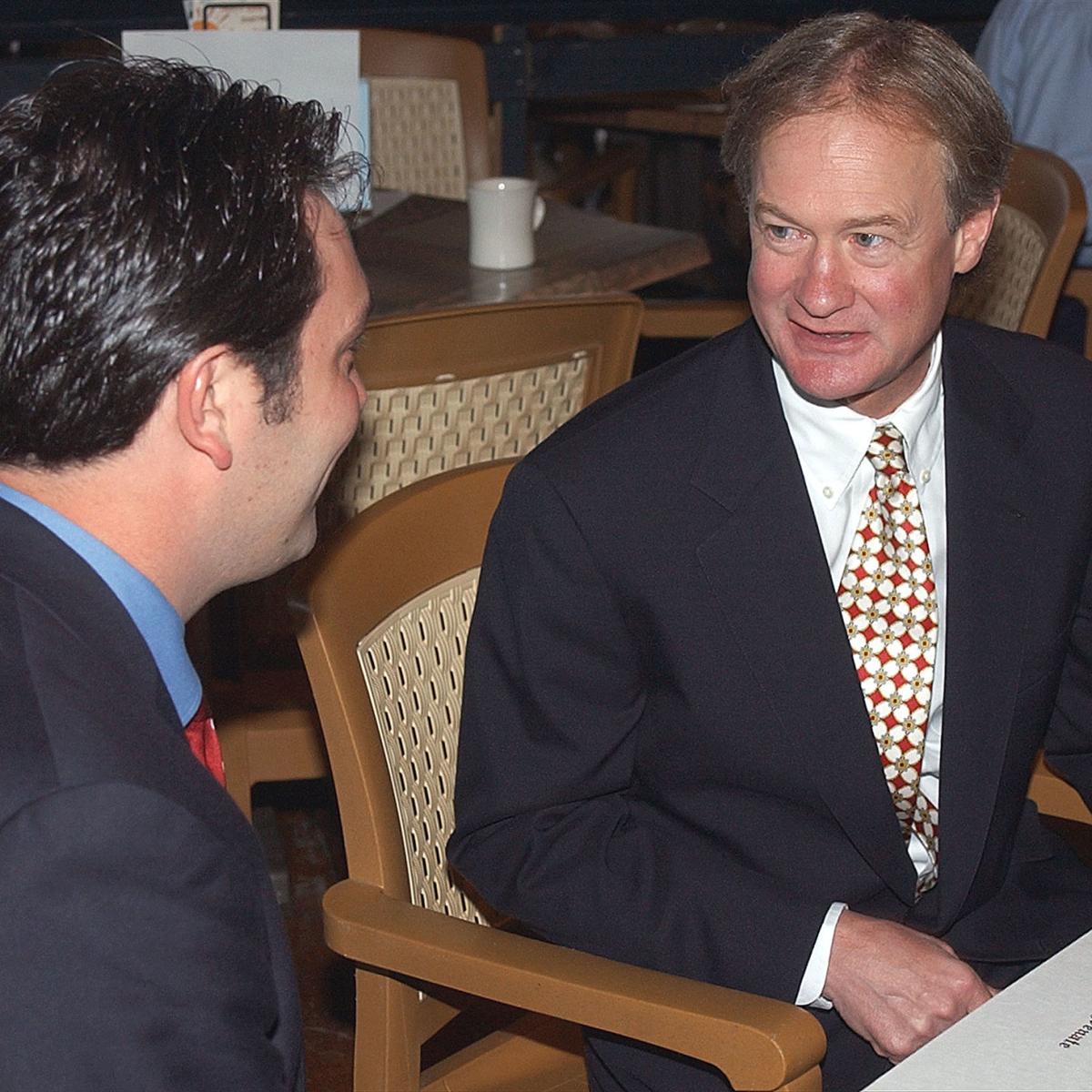 Lincoln Chafee, right, has had a long association with Caswell Cooke. They are shown at a Misquamicut Business Association meeting in June 2005, during Chafee's time as a U.S. senator. Cooke has been named treasurer of Chafee's campaign for the Libertarian Party presidential nomination. Sun File Photo 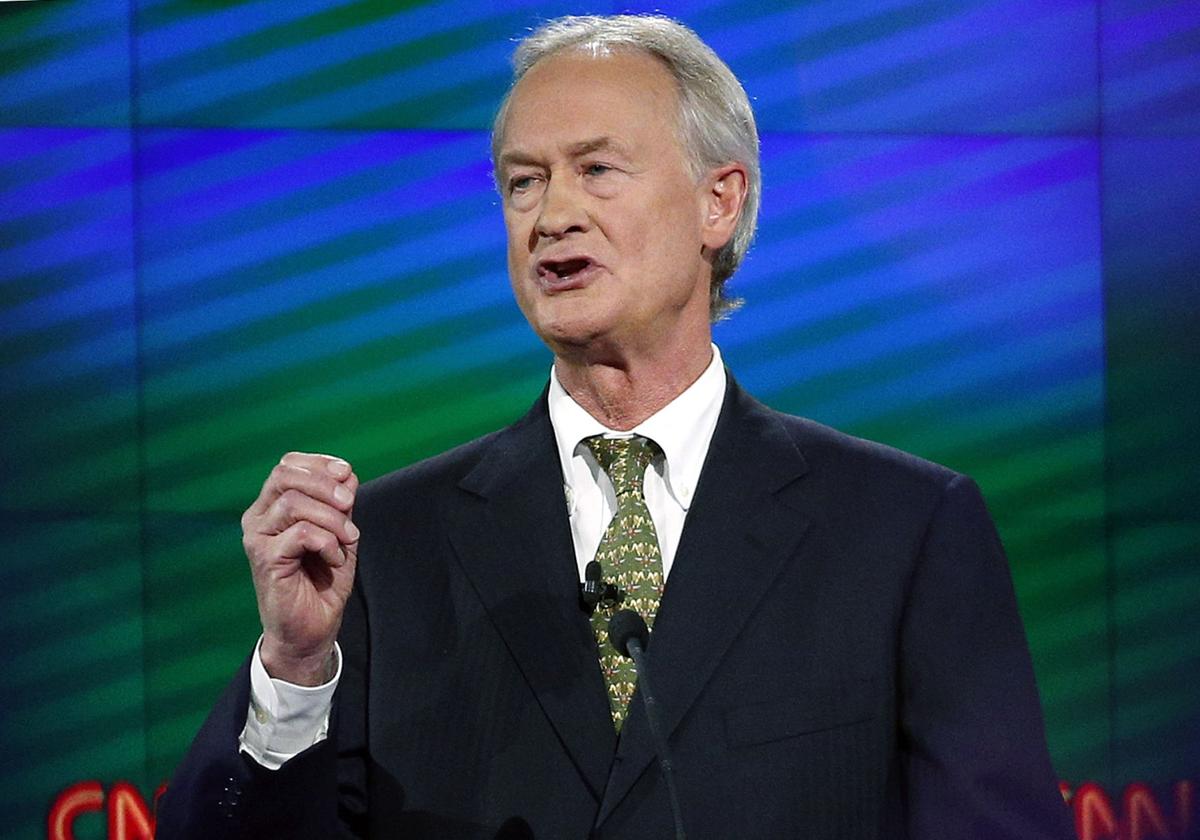 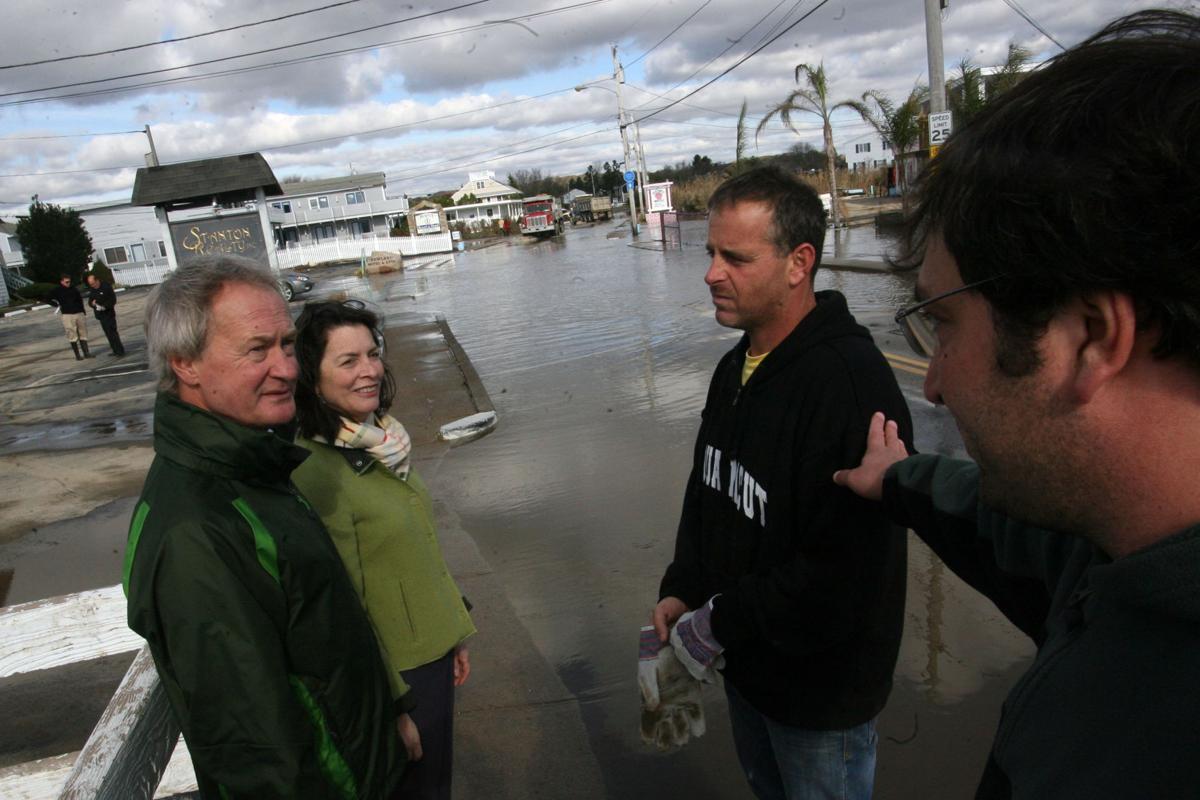 Lincoln Chafee, right, has had a long association with Caswell Cooke. They are shown at a Misquamicut Business Association meeting in June 2005, during Chafee's time as a U.S. senator. Cooke has been named treasurer of Chafee's campaign for the Libertarian Party presidential nomination. Sun File Photo

WESTERLY — Lincoln Chafee's experience, message and approach will resonate with voters across the country, says Caswell Cooke Jr., who is serving as campaign treasurer for the former Rhode Island politician in his second run for the presidency.

"The fact that he was a mayor, a governor and a U.S. senator — there's no one else running with that resume," Cooke said during an interview Tuesday.

Chafee, who moved to Wyoming last year and joined the Libertarian Party, is expected to formally announce his intention to run for the party's presidential nomination during an event today at the National Press Club in Washington. He filed paperwork with the Federal Elections Commission on Sunday creating a Lincoln Chafee for President campaign that lists Cooke as treasurer and Christopher Thrasher as campaign manager. Thrasher, a Rhode Island resident, served as director of ballot access for the Libertarian ticket of Gary Johnson and William Weld ticket in 2016.

Pat Ford, chairman of the Libertarian Party of Rhode Island, said Chafee will face a rigorous road to attain the party's nomination among a field of about 20 candidates.

"You go through a six-month process if you will, going from state convention to state convention where the delegates are actually nominated and elected. Then you go to an open debate that is fierce. Focused extensively on issues. We don't handicap our candidates," Ford said in a news release issued Tuesday.

Cooke has known Chafee for about 20 years, having worked on some of his campaigns and supported him in others. They met when Chafee toured downtown Westerly as a Republican U.S. senator in 1999. At the time Cooke, who is currently serving his 13th term on the Westerly Town Council, was chairman of the Westerly Republican Town Committee and had not yet sought elective office.

Cooke worked on Chafee's failed campaign for reelection to the U.S. Senate in 2006 and supported his successful candidacy as an independent candidate for governor in 2010. Cooke also served as an adviser when Chafee ran briefly for president in 2015 as a Democrat, withdrawing in October of that year. Cooke joined Chafee on more than a dozen trips to New Hampshire and also accompanied him to the Iowa State Fair.

In November Cooke met with Chafee and Thrasher to discuss Chafee's potential run as a Libertarian. Chafee also met with Weld and Johnson before making his decision, Cooke said.

While his current post as treasurer for Chafee's campaign is "more of an honorary title," Cooke said he believes in Chafee's candidacy and stands ready to be an active supporter if he wins the party's nomination at its national convention in May in Austin, Texas.

Cooke advised against dismissing Chafee, who he said is often treated harshly in Rhode Island newspapers. "He's been elected despite the odds before. Running as an independent candidate for governor in 2010 and winning — that's a feat. People shouldn't underestimate him. He's a candidate to be taken seriously," Cooke said.

If he gains the party's nomination, Cooke said Chafee will bring "a different viewpoint that isn't expressed by the two other parties, both of which are bought and sold by big money and corporate interests."

Whether compared with the Republican Party's presumptive nominee — President Donald J. Trump, or with Joe Biden or other Democrats, Cooke said Chafee will distinguish himself easily.

"He brings a calmness to the race. If he's able to get to the debate stage, he has a stature and a sense of being the adult in the room. He doesn't make snide comments or call people names and there are no scandals in 30 years. Everybody else has skeletons in the closest but he has no baggage," Cooke said. It was an allusion to a message on Chafee's fundraising website, "Thirty years, zero scandals. Mayor. Governor. Senator. Lincoln leads with truth."

Cooke also noted that Chafee was the only Republican in the U.S. Senate to vote against authorizing the use of force in Iraq in the lead-up to the Iraq War that began in 2003. "He'd be anti-war and opposed to the type of quagmires in the Middle East that we're seeing today," Cooke said.

Chafee's history of jumping from party to party is a reflection, Cooke said, of modern-day politics. "I don't think he's moved through the parties, I think the parties have changed fundamentally," he said.

The liberal Rockefeller Republicans who were common in the party until the 1970s "would not recognize most of today's Republicans," Cooke said. Similarly, the moderate Republicans who once played a significant role in New England, including during Chafee's time in the Senate, have vanished, while "radical progressives" have taken over the Democratic Party, Cooke said.

In the face of those changes, Cooke said, Chafee has remained true to his beliefs. "He's always been fiscally conservative and socially progressive," he said.

Beaver River Valley to be considered for national historic designation

Michelle Carter, convicted in suicide case, is freed from jail