Skip to main content
You are the owner of this article.
Edit Article Add New Article
You have permission to edit this article.
Edit
Welcome, Guest
Home
News
Sports
Obits
Opinion
Photos
Classifieds
Things to Do
Special Sections
More
1 of 4 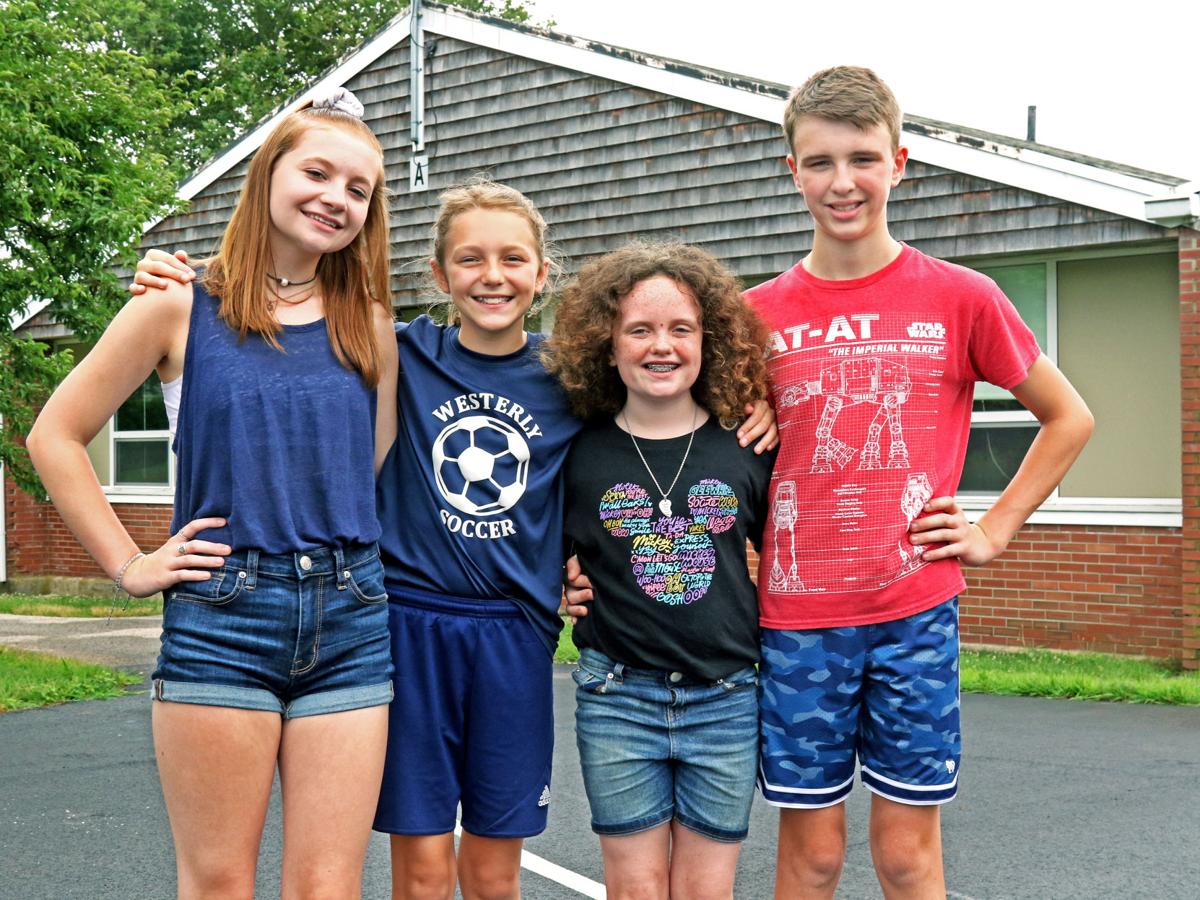 From left, Kendyll Gaccione, Kate Rafferty, and Fiona and Roan Doyle, outside the Tower Street School Community Center. They have been in Theatre Scrapbook productions and suggested that a scholarship fund be created in honor of the late David DeAngelis. Wednesday, July 16, 2019.  Harold Hanka, The Westerly Sun 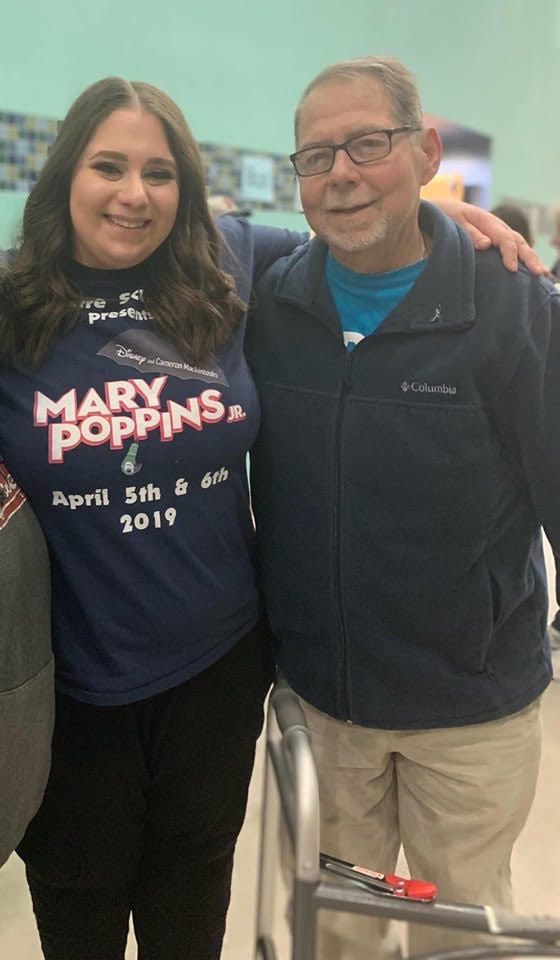 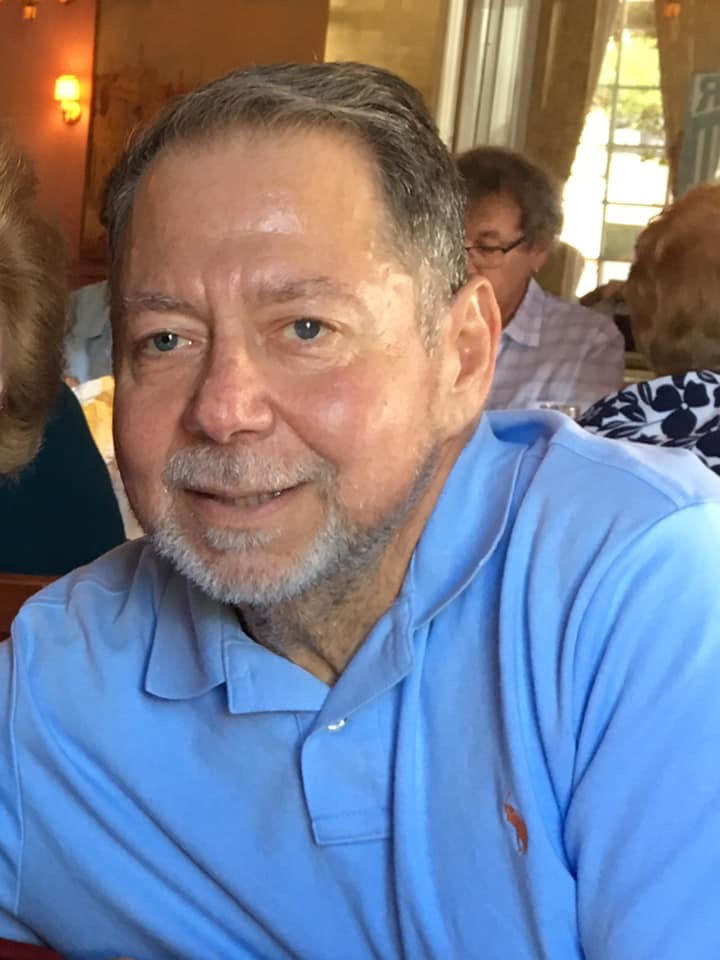 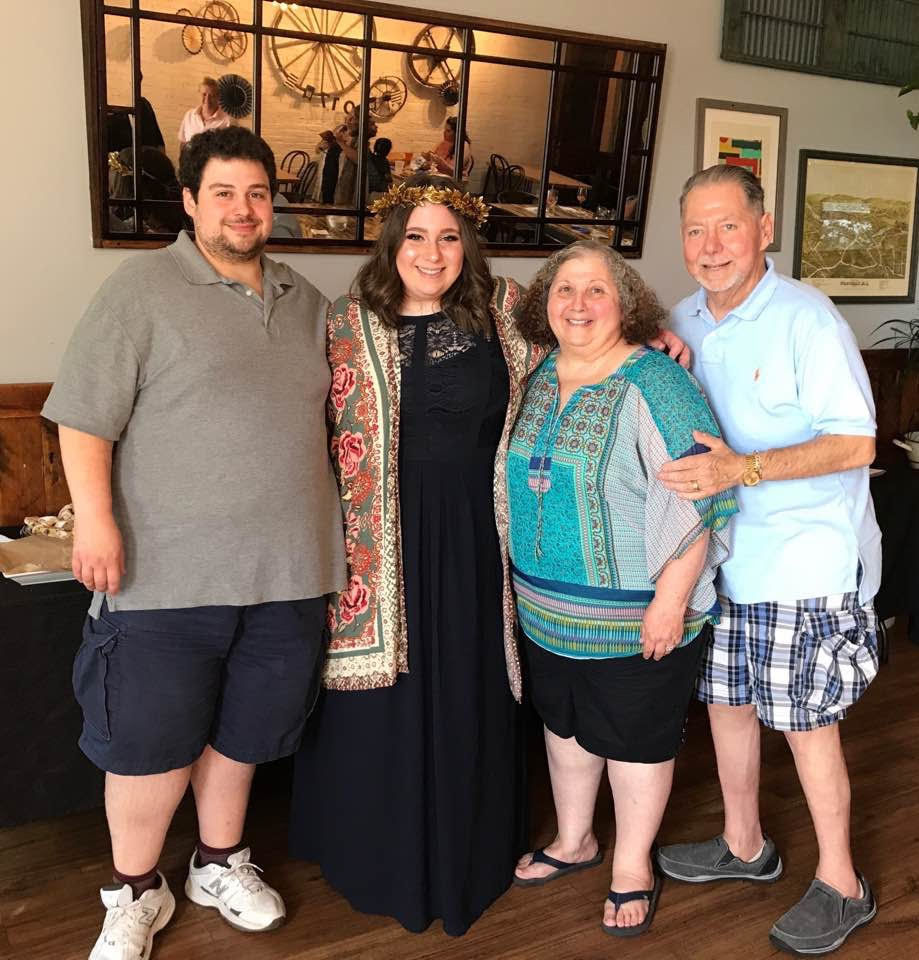 From left, Kendyll Gaccione, Kate Rafferty, and Fiona and Roan Doyle, outside the Tower Street School Community Center. They have been in Theatre Scrapbook productions and suggested that a scholarship fund be created in honor of the late David DeAngelis. Wednesday, July 16, 2019.  Harold Hanka, The Westerly Sun

WESTERLY — The man who encouraged others to "keep a song in your heart," and "always keep on singing," is being remembered in fitting fashion — with children, theater and song.

The David Louis DeAngelis Jr. Scholarship Fund was created this summer in honor of DeAngelis, who worked as a music and theater teacher in the Westerly Public Schools for 33 years and influenced scores of students and residents with his "Broadway-style" musical productions.

The scholarship — suggested by young people who have taken part in the program — will allow children to attend summer camp at Theatre Scrapbook, a Westerly-based children's theater group founded by DeAngelis' daughter, Antonella. Theatre Scrapbook is an offspring of the Westerly High School Scrapbook Theatre Company, founded by the elder DeAngelis.

DeAngelis died last month at the age of 61, to the sorrow of his family, friends, fans and former students. He is survived by his wife of 34 years, Aurelia, and their two children, David Joseph and Antonella Marie DeAngelis.

The 2003 Westerly Teacher of the Year, DeAngelis — known as "Mr. D" by his students — created a number of music ensembles at the high school in addition to his teaching duties. His annual spring musical attracted audiences from around the region. Before he retired from teaching, Antonella, along with Ben Barber, one of his former students, founded Theatre Scrapbook to continue the tradition of children's theater in Westerly.

Hundreds of students from schools in Westerly, Stonington, and the Chariho region have performed in Theatre Scrapbook productions, and DeAngelis said she and her staff had worked closely with schools and organizations to develop their programs.

Theatre Scrapbook offers free after school programs during the school year and tuition-based camps specializing in musical theater during the summer. A performance of "High School Musical" was held this weekend, and another production is scheduled for August. DeAngelis said her father supported her endeavors and attended most of the productions, including last spring's "Mary Poppins Jr."

Anne Marie Doyle, a library media specialist at Dunn's Corner School, said the idea for the scholarship came on a recent Sunday in a conversation outside Our Lady of Victory Church in Ashaway, where DeAngelis served as music director for more than 20 years. Doyle's children, Roan and Fiona, have been longtime Theater Workshop participants.

It was a few days after they'd heard the news about "Mr. D," she said, and she was talking with members of the Gaccione and Rafferty families. "We were trying to think of some way we could show the family how much we care about them and show our support in time of need," said Doyle. Kate Rafferty and Kendyll Gaccione have also participated in Theatre Scrapbook summer camps for many years, she said, and were nearby with her children.

Before long the children weighed in, Doyle said. "They suggested we create a scholarship in his name ... a scholarship that would provide partial funding for a student to attend the summer camps."

Antonella DeAngelis said, "We were very touched that the families wanted to do this. It has been overwhelming and heartwarming. The support has been phenomenal."

"It has shown me how close everyone is and what a family we all are," she added. "I have the most wonderful parents and students anyone could ever ask for."

When she and Ben Barber first started Theatre Scrapbook, she said, she felt uncertain about the two names being so closely linked. Now she's happy the names will always be connected.

"It's such a nice tribute to my father, and it has become so much more sentimental," DeAngelis said.

DeAngelis said she plans to wait until next summer to award the scholarships.

"That way we can come up with a system ... a process," she said. "Maybe we'll ask applicants to write en essay and see who most embodies my dad's values."

Or those with songs in their hearts.

Doyle said the scholarship fund has roughly $500 in donations so far. People interested in making contributions can send checks, made out to Theatre Scrapbook, with "Mr D Scholarship" in the memo line, to P.O. Box 3113 Westerly, RI, 02891.