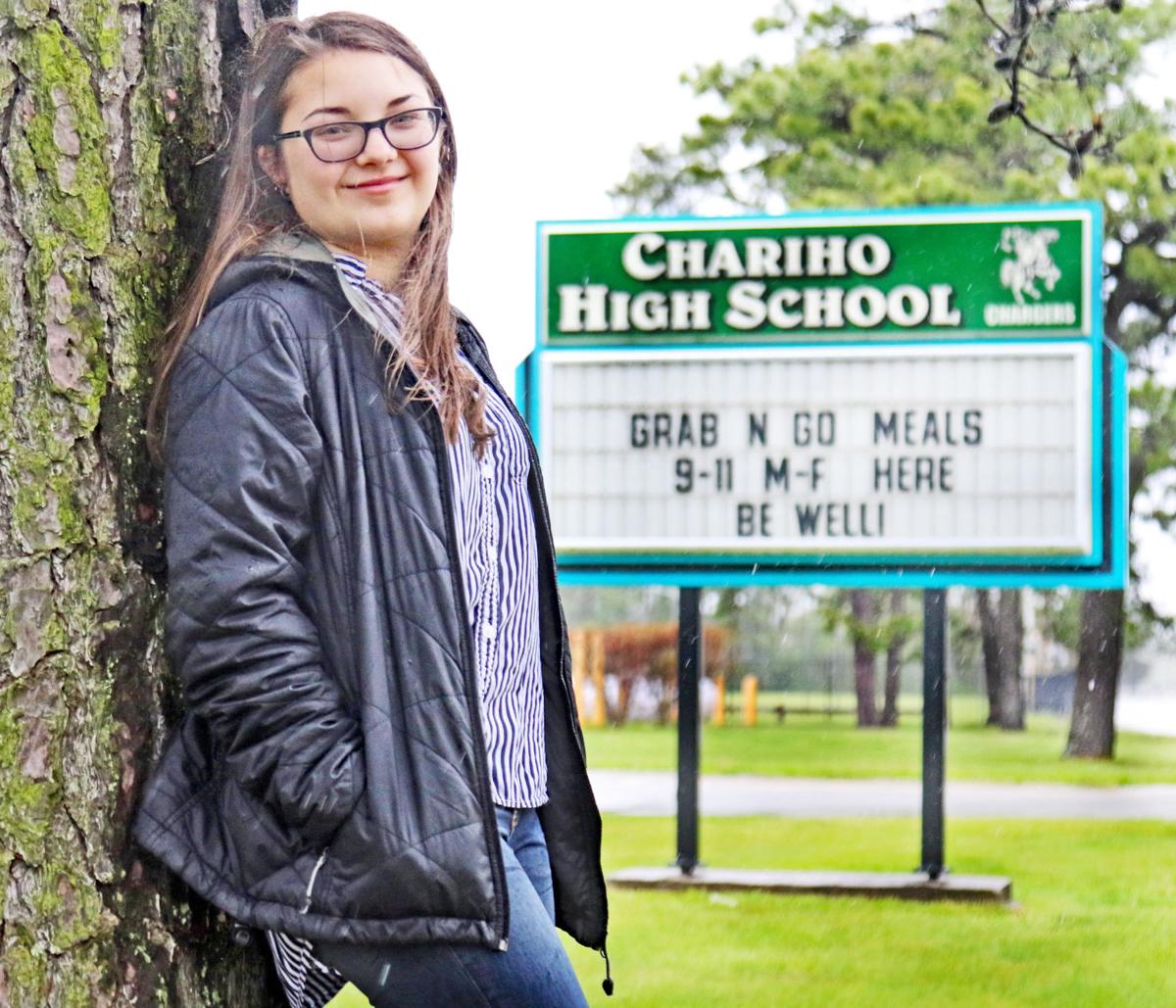 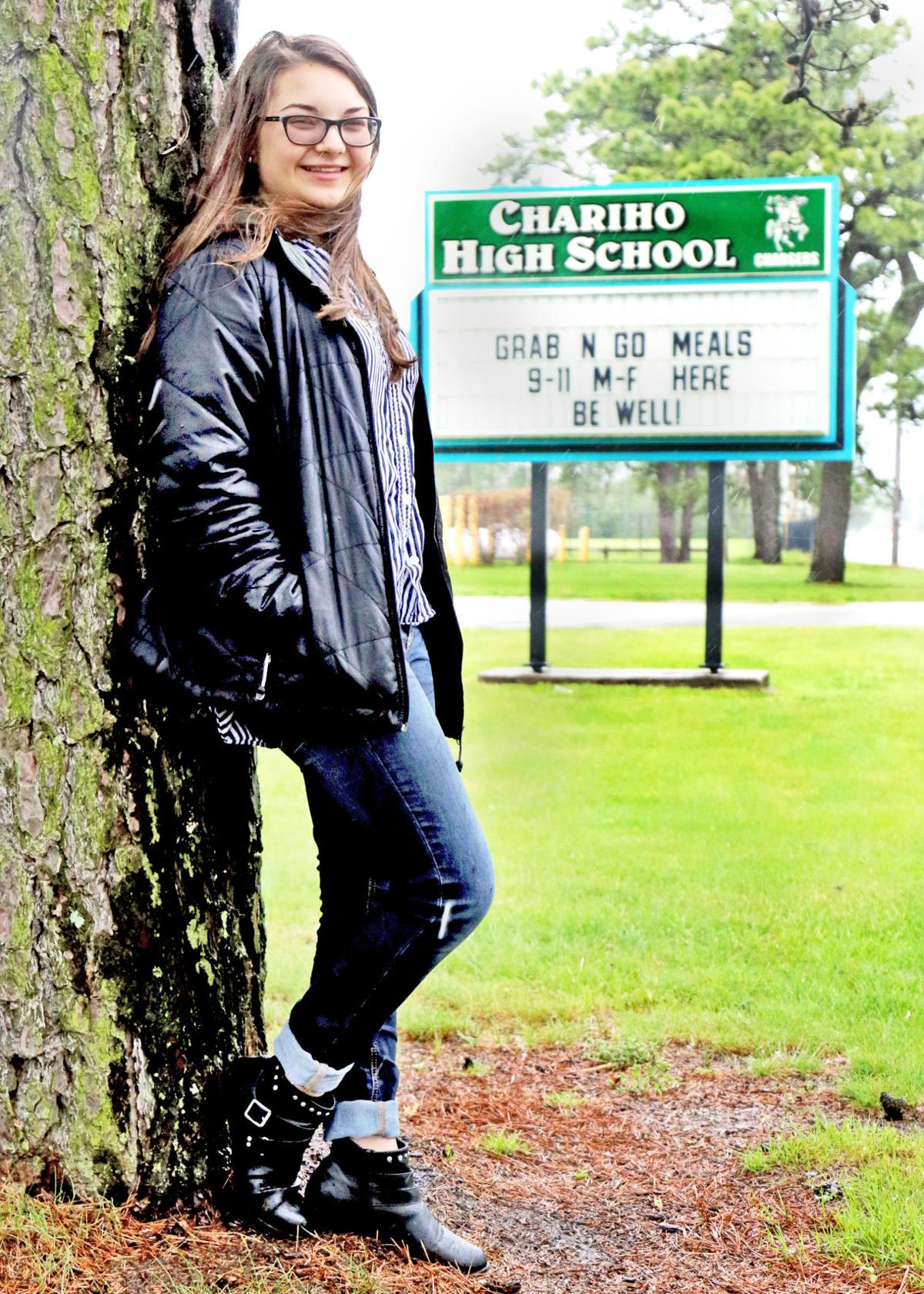 WOOD RIVER JCT. — Dreydan Cianci lives in Wyoming with her mother, father and older sister, but the 18-year-old Chariho senior hasn't spent a lot of time at home.

“The entirety, I think, of high school, to me, was really this amazing opportunity to become involved, be able to go out and do all of these things that I’d never experienced before, so my goal really was to get involved in as much as possible and I did that — except with sports,” Cianci said. “I’m completely uncoordinated. I can’t kick a ball or throw one for my life.”

Cianci’s mother, Jennifer Tucker, said her daughter has always pushed herself at whatever she was doing — even when it came to the family’s two dogs.

“She wanted to make the best dog treats she could,” Tucker said. “I think she was about 10 or 11 …. So she did research and developed her own little dog treat recipe, and she was very insistent that was what we used.”

High school provided Cianci with many opportunities to channel her curiosity and drive. Chariho Tech director Gerald Auth said he was impressed by her commitment to everything she took on.

“Everything she does, she goes above and beyond,” he said. “From an administrative perspective, I have a different perspective than the teachers, but she is just so reliable. She’s the most reliable student I’ve probably ever come in contact with, because if there’s something that needs to be done at the school level, if we need a student’s perspective or a student representative, Dreydan is immediately the person that you go to, because you know that she can rally people to help you.”

Those close to Cianci say that in addition to her drive to succeed, one of the things that makes her special is her kindness.

Fellow senior Matthew Gouvin, who has known Cianci since 7th grade, described her as a friend, but also a mentor.

“She taught me a lot through our friendship and I value our friendship very dearly, and I’m proud of the woman that she’s become today,” he said. “I can’t wait to see what’s next for her.”

Cianci was in the criminal justice program and plans to study forensic science and psychology at the University of Rhode Island. But she has also been deeply involved with the Chariho High School Theatre Company as lighting director.

“She loved that,” Tucker said of Cianci's work with the theatre company. “It’s so funny, but all this stuff she wants to do, when she was little, and she probably still has the list, she had, I think it was probably over 50 majors that she wanted to take in college, and we had to tell her that we would pay for one, maybe two, but we weren’t paying for 50 of them.”

“Oh yes — that list,” she said. “I still have that list somewhere. I think I totaled it and if I got a bachelor’s degree in all of them, it’s about 4,000 years of college. I still want to study everything.”

Humanities specialist Dana Hall said she first got to know Cianci when she was still a student at the middle school and worked as a light technician, quickly becoming the head light technician. Cianci was also in Hall’s advanced-placement English literature class this year.

“I can’t remember a kid who was so insightful and empathetic and aware as Dreydan is,” she said. “When we have class discussions, she always articulates her reflection but also asks her peers what they think.”

Cianci’s career goal is to work for the FBI as a forensic profiler, and criminal justice instructor Lt. Robert Wild described her as a “superstar.”

“She wants to get inside the criminal mind,” he said. “That’s what she wants to do. She’s fascinated by that stuff. Ever since she came on board, that’s how she’s been. My class is all about ‘you have the right to express your opinion no matter how you feel,’… and Dreydan’s one of those people. She will tell you how she feels, and that’s what we welcome in that class. This kid — you have to be on your toes with her all the time.”

Cianci will be living at home in her freshman year at URI and will continue to work part time and return to Chariho as a volunteer.

“I’m hoping that I will be able to do something with them, just because the school was my life for about four years,” she said.

Hall said Cianci would be missed at Chariho.

“Dreydan is a legend,” Hall said. “There’ll never be another Dreydan. She’ll be one of those young ladies that we will talk about forever. I can’t even think about the fall without Dreydan. I get choked up when I think about it.”